7
Mild-hybrid power appears on a Skoda for the first time, but economy-minded buyers have lots of alternatives
Open gallery
Close

This is the first 48V mild-hybrid (MHEV) offered by Skoda. Running the smallest engine in the fourth-generation Skoda Octavia - a 1.0-litre, turbocharged three-pot - it features an aluminium crankcase, variable-vane turbo and optimally balanced connecting rods.

As with all these sorts of mild-hybrid systems, the MHEV element is a belt-driven starter-alternator, using energy recovered during braking to top up a second battery. The extra juice powers things like power steering, letting the car coast with the engine off, and offers a smooth start/stop system.

In theory, it should prove more economical, but the 1.0 non-MHEV is only 1mpg and 1g/km less efficient, for a saving of about £2000. To be fair to Skoda, direct comparisons are hard. The e-TEC is dual-clutch automatic only, whereas the traditional engine is manual only: dual-clutch ’boxes weigh more and the WLTP test cycle punishes that. It’s good that Skoda is offering a mild-hybrid version, but you have to wonder for how much longer both variants will be available.

Back to the mild hybrid. Operating on the Miller injection cycle, which is meant to generate maximum torque 35% earlier than on a conventional Atkinson-cycle ICE, the 1.0-litre makes 108bhp and 148lb ft, exactly the same as its Volkswagen Golf and Seat Leon siblings.

With a 0-62mph time of 10.6sec in the estate, it won't produce the most dynamic set of figures you’ll see, but it’s comparable with rivals like the Hyundai i30 Tourer.

Running the smallest engine, this estate sits at the lower end of the Octavia price range. At £24,505 in our test car's middling SE Technology trim, with a whopping 640-litre boot and plenty of rear seat space, it's family motoring nearing its best value.

SE is split into various sub-categories, so you have the choice of SE, SE First Edition, SE Technology, SE L and SE L First Edition. At the top sit the vRS models. In the Technology one, you get 16in alloy wheels (that hopefully bodes well for the ride quality), 10.0in touchscreen with nav, Bluetooth, heated door mirrors, LED headlights, rear parking sensors and a digital instrument display. In other words, pretty much everything you actually need in a car. 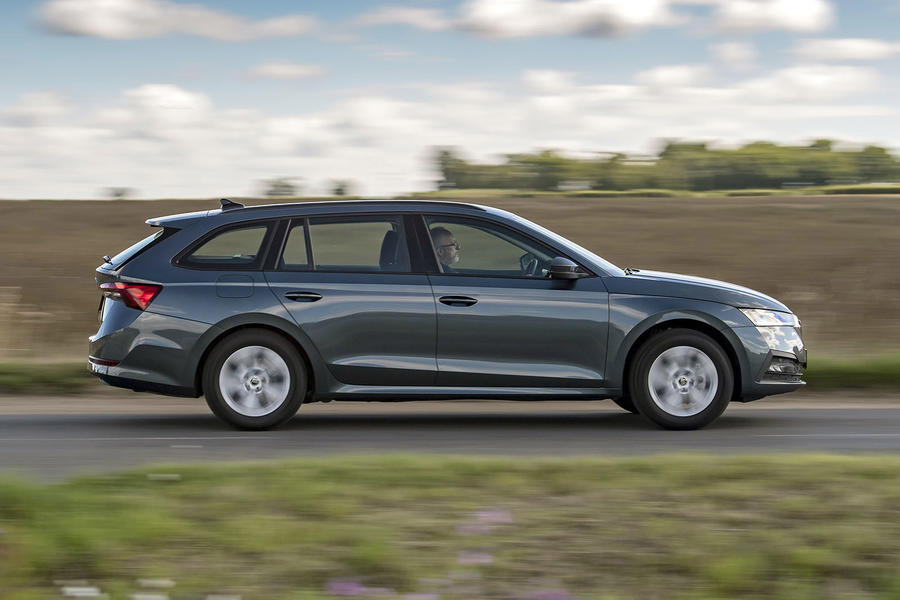 Let’s deal with the good news first. The interior is as clever and spacious as ever. If all you’re interested in is cramming plenty of kit into a car, with the minimal amount of fuss, the Octavia Estate is for you.

It’s not only the size of the boot that impresses. It’s also the little touches that seem to be a Skoda trademark now. The ice scraper built into the fuel filler, the two USB-C ports in the rear to keep the kids’ devices charged, the foldaway hooks for shopping bags built into the sides of the boot, even the special pouch in the back of seat pockets to keep the childrens’ phones safe - real thought and care has gone into making this car as effortless as possible.

The cabin looks smart, and although the touchscreen is a bit distracting to operate, there are at least physical buttons for volume control and some climate functions. The multifunction steering wheel helps.

Also, the engine is impressively quiet. Despite having only 108bhp, it thrums along quite happily and makes a decent stab at lolloping down the road.

Sadly, it’s not such good news elsewhere. Skodas always tended to sit on the comfy side of dynamic but they felt happy in that place. This latest Octavia definitely aims at comfort, but somehow misses: it’s bouncy, never quite settling from one long undulation to the next. The spring rates in the seats don’t help, as they boing and settle at a different frequency from the chassis so the car feels like it's fighting itself as well as the Tarmac.

Those 16in wheels should bode well for cushioning the worst excesses of British roads, but because the damping feels unresolved, they actually wobble through potholes more than you’d expect. Maybe adaptive Dynamic Chassis Control would help to sort this: it’s available on other cars in the range (SE L and vRS), but not in this particular trim level.

There is one solution available on SE Technology, though. Load up the boot. I put 40kg behind the rear seats and the car felt much happier and more planted. The damping and springs seemed to settle down.

Overall, though, the estate’s not quite there. With inert steering and a gearbox that hangs onto upper gears for too long, so that it sometimes feels like the car is about to stall, it all adds up to a disappointing drive.

As I said, Skodas have always had a reputation for being just the right side of dynamic to be comfortable. They felt well resolved. In this version, that seems to have been missed. 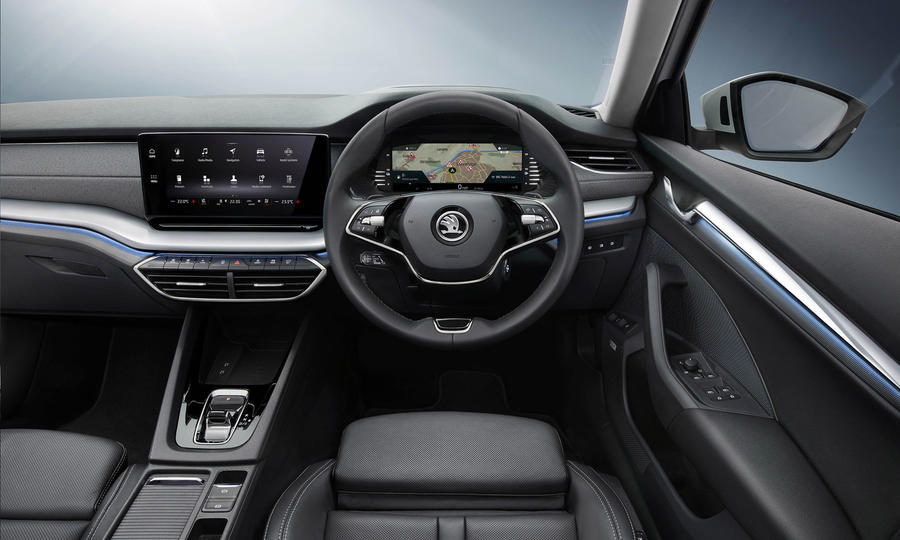 This is a fine family car, with plenty of excellent interior qualities and practical touches everywhere. If that’s all you need, you can’t go far wrong with this Octavia Estate.

But if you need more than that and want a car that settles on a journey, we’d look elsewhere (even within this actual family - the vRS is a decent car). That’s because, sadly, the chassis foibles in the 1.0 e-TEC estate are simply too omnipresent to ignore. 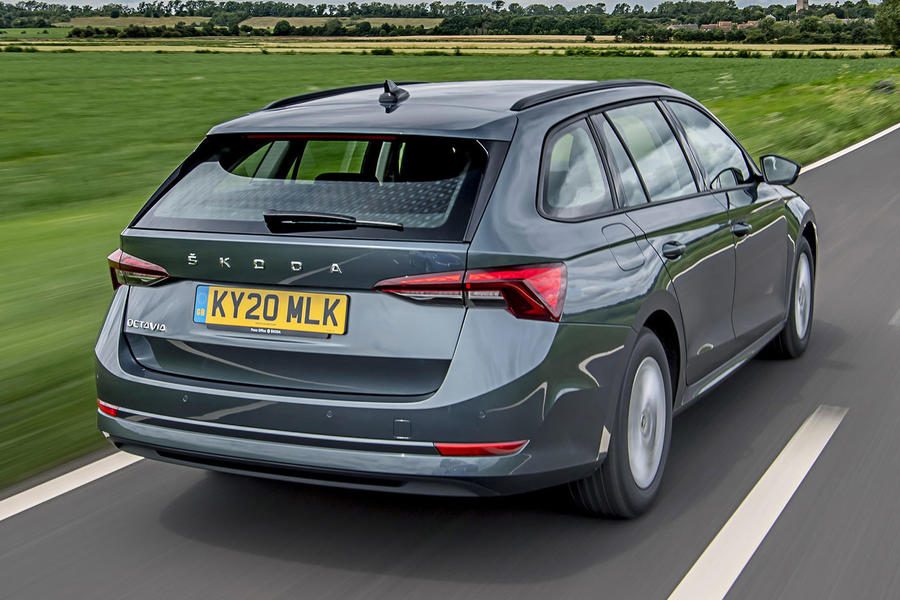 New trout-pout grille not exactly good looking, too lugubrious for me.

Should I buy one?  No.  Obviously.

We've added two of these to the fleet. Nowhere near as economical as their diesel precedessors and supplied with a tyre inflator that cannot be plugged into the car (no 12V aux socket that we can find) just USB-C outlets.