The Skoda Kamiq is the newest member of the Volkswagen Group’s family of teeny-tiny SUVs, joining the likes of the Seat Arona and Volkswagen T-Cross in this fashionable new corner of the car market.

As with its relatives - not to mention the Skoda Scala hatch, which is effectively the same thing but closer to the ground and with a different face - the Kamiq is based on VAG’s MQB-A0 supermini architecture. So you get MacPherson strut-type suspension up front and a torsion beam at the rear, while a small-capacity engine drives the front wheels exclusively.

In the case of our top-spec SEL test car, the engine in question is a 1.0-litre three-pot that's paired with a six-speed manual ‘box. It develops 114bhp and 148lb ft, and enables the Kamiq to sprint from 0-62mph in a leisurely 9.9sec.

This is an engine we’ve sampled before, so it’s unlikely we’re in for any surprises as to how effectively it performs. But, as that test drive took place in France, this is our first chance to give the Kamiq a proper shakedown back on home soil.

Its Scala sibling is slightly larger than the class norm and, on its standard, passive, suspension, exhibits an occasionally patchy ride. This comes as proof that VW Group’s supermini architecture could only be stretched so far in terms of the ride refinement and comfort the platform can offer. Similar to the Scala, the Kamiq is larger than its Seat and Volkswagen counterparts, but this particular Kamiq is fitted with Skoda’s optional Sport Chassis Control adaptive damping. Can this help avoid the pitfalls that troubled the hatch on British roads? 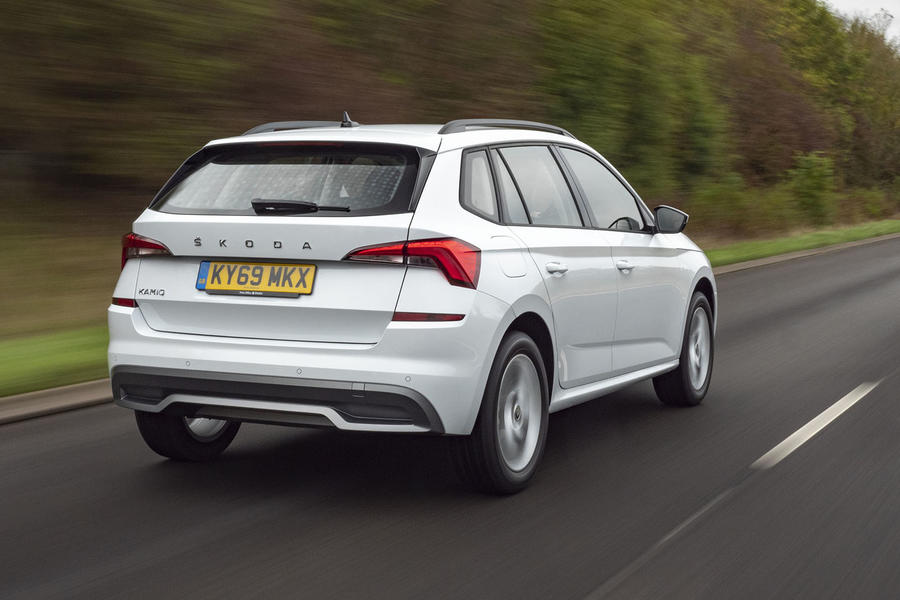 Really rather inoffensive, really. With the dampers left in comfort mode, the Kamiq's ride does err on the firm side of things, but it’s still soft enough to ensure that a degree of pliancy remains when travelling on fast, undulating roads. The rear axle might feel a touch animated at times, particularly on poorer road surfaces, but not to such a dramatic extent that it feels uncouth or uncomfortable.

Sport mode obviously firms things up and makes the Skoda more reactive on country roads, but, given the fact the Kamiq isn’t genuinely sporty in any real way, it’s unlikely you’ll find yourself tempted to use it. Still, it corners very well indeed; there’s plenty of grip at the front end, body control is good and the steering is accurate enough to allow you to choose your cornering line with confidence. It doesn’t feel particularly characterful or exciting on a dynamic level, but its ease of use and inherent stability are impressive in its own, more sensible way.

The 1.0-litre engine is happy enough to churn away quietly in the background, but there’s no mistaking it for anything other than a three-cylinder. Not that that’s a criticism; it pulls strongly from 2000rpm, and will happily keep working right up until just shy of the limiter. As with everything else about this car the six-speed manual impresses more for its user-friendliness than any great sense of tactile pleasure, but it’s accurate and snappy enough. Pedal weights are spot on, too, so this is a very easy car to drive in busy traffic.

It feels solidly built inside, while the optional panoramic sunroof and lighter trim colours lend the cabin a pleasingly airy feel. It’s a shade bland to look at, perhaps, but the inherent build quality is readily apparent. There’s loads of room, too - particularly in the second row. Taller adults are unlikely to find long journeys in the rear pews all that taxing. 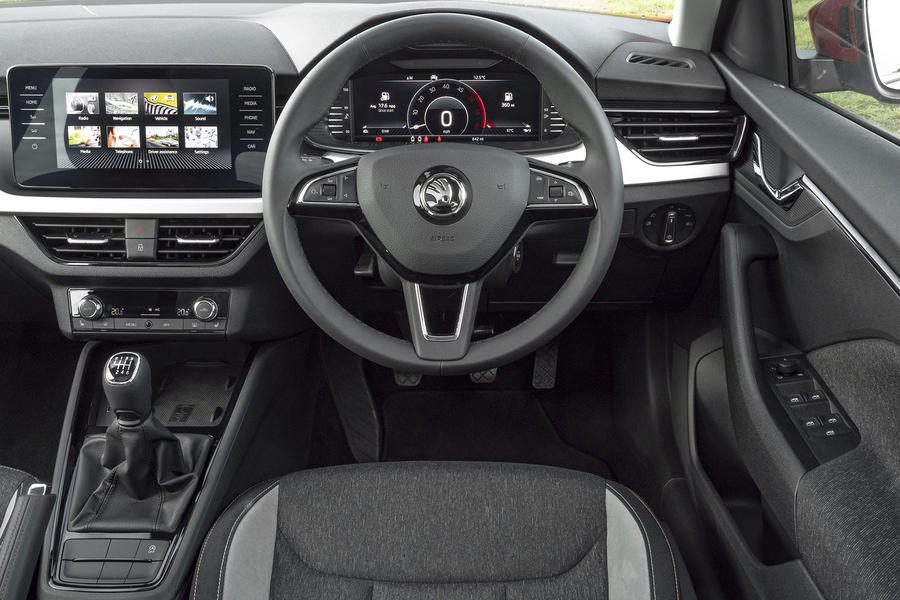 In £21,980 SEL guise, the Kamiq is reasonably well equipped, with satellite navigation, cruise control, climate control and 18in alloys thrown in as standard, but a lot of the kit you’d want comes as an optional extra. Our car came in at £27,780, and of all the additional features specced, (parking sensors, panoramic roof, keyless entry and uprated sound system) it was only really the alternative 18in alloys (£580) we’d forgo - the standard 18s are snazzy enough.

Top-flight versions of the Seat Arona and VW T-Cross are slightly pricier, but both are marginally better equipped and carry with them a dash more in the way of personality. The Kamiq is Skoda to a tee, then: sensible, reasonably affordable, and very practical, if a little tricky to really love. It’s impressively capable, though, and that shouldn’t be overlooked. 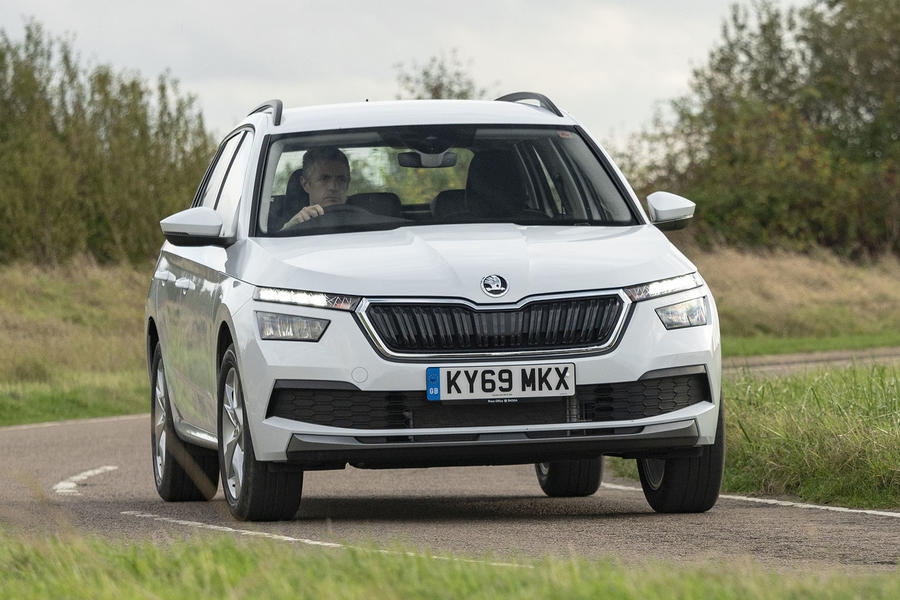 Another dreary cupboard on

Another dreary cupboard on wheels. I so much prefer the Yeti.

Seems pricey to me but then

Seems pricey to me but then superminis are getting pricey and this is kind of in-between supermini and family car I suppose. Very bland to look at both inside and out, totally agree with the comments regarding how great the yeti was in comparison.

As for the reviewer commenting that it takes a leisurely 9.9 seconds to 62? That's not leisurely, infact for a small engined car of this size I'd say it's quite respectable and more than you need, of more relevance is mid range performance. What was he expecting? Porsche Macan performance?

What a beautiful toaster!