From £33,7059
The Ford Mustang gets some magic poured on it by tuner Clive Sutton, creating a track-focused muscle car
Open gallery
Close

London-based importer and tuner Clive Sutton has been at work on the Ford Mustang again – something at which it is quite adept – to produce this spirited road/trackfocused version of Ford’s muscle car. It's the CS850 R, to sit a longside the softer (these things are relative) CS850 GT we’ve previously driven. 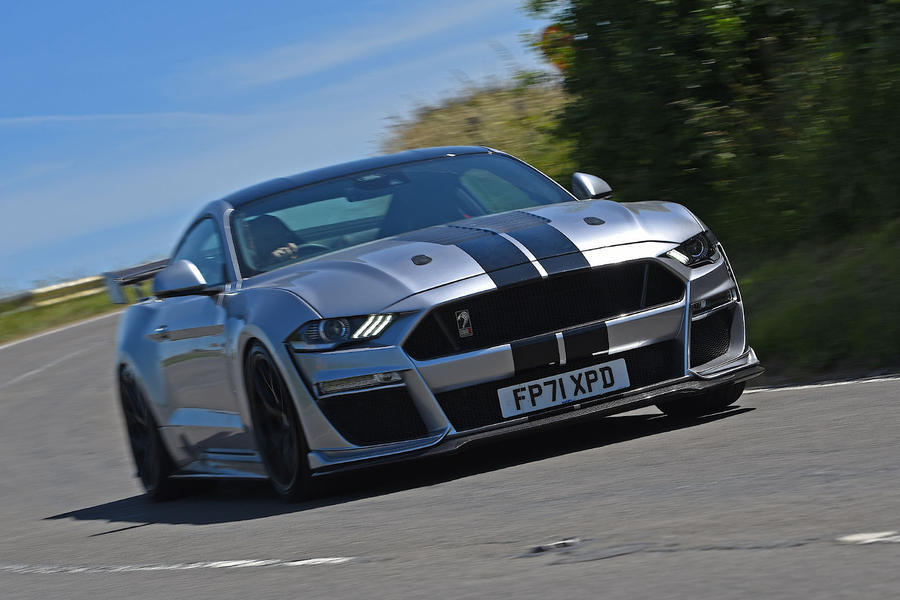 The number roughly references the power, which sits at 847bhp from a supercharged 5.0 V8, with torque running at 665lb ft. It drives the rear wheels through a six-speed manual gearbox. It runs a shorter final drive to promote ferocious acceleration and has a torque-sensing limited-slip differential to give it more cornering adjustability.

Suspension is no longer by magnetorheological dampers as on the 850 GT but trick ‘proaction’ dampers and struts by Steeda, said to give better control and precision, with reduced body movements. There are a number of braces and anti-roll bars that also feature on the GT.

The result is a car that, for all the talk of its track focus, still makes for a very pleasing road car. The Mustang is fundamentally a big American coupé built for long distances as well as the drag strip so it has a lot of comfort to spare, and the CS850 R retains a fair bit of it. 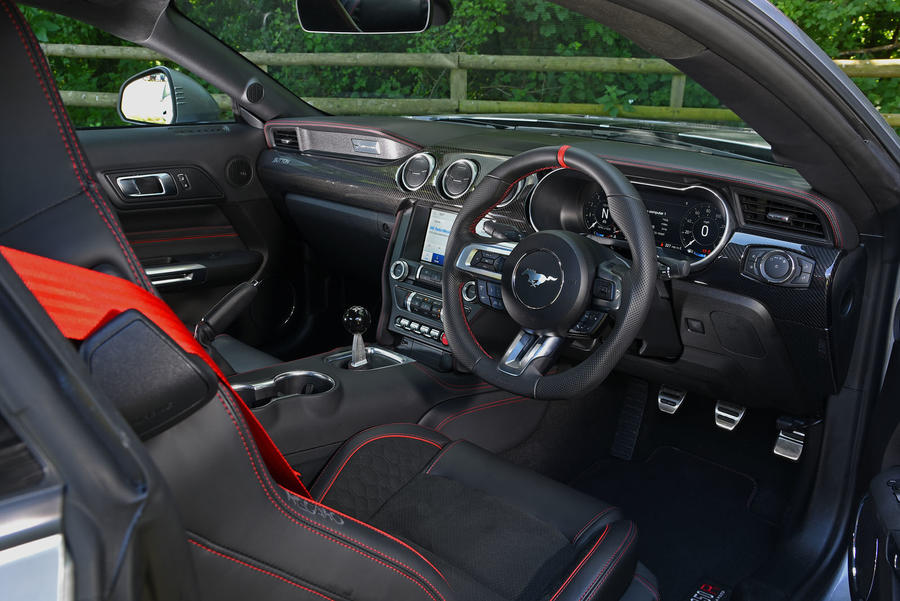 The ride rounds off the worst edges of lumps and bumps but does have an additional element of body control. You can change the steering’s weight, although it’s always linear and responsive, and you get a good feel for what the front end is doing.

And if you do get liberal with the throttle , the shorter gearing and prodigious power make it very easy to spin up the rear wheels, where it shows itself to be a terrifically adjustable car with a great balance. Heavy for a track car, but great for hooning. And with an exhaust note to match – a little too much for the road in its loudest mode. 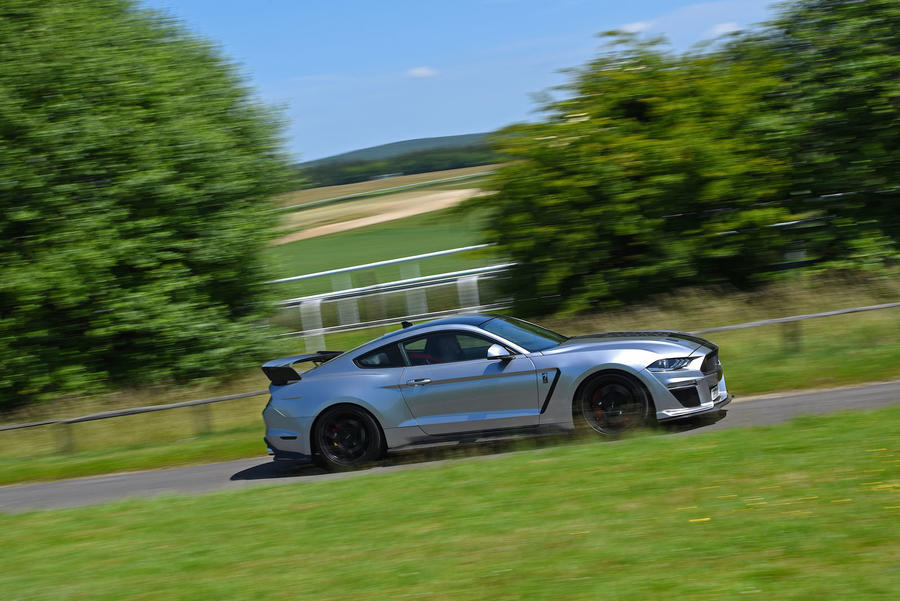 Interesting as an exercie it may be, but with every competitor turning in comparable performance figures in the £120-160k bracket, Bentley, Porsche, Aston, McLaren etc, you would really have to be into the 'Stang' vibe to buy one of these,.

Oh, and if it's just American muscle you want, don't forget the Corvette.

Interesting as an exercie it may be, but with every competitor turning in comparable performance figures in the £120-160k bracket, Bentley, Porsche, Aston, McLaren etc, you would really have to be into the 'Stang' vibe to buy one of these,.

Oh, and if it's just American muscle you want, don't forget the Corvette.

Which other cars have 630kW at even twice the price? Plus, you can have this with a manual. Pretty sweet.