BACK TO ALL NEWS
Currently reading: Ford Mustang V8 gets 700bhp with Clive Sutton tuning pack
UP NEXT
Style vs substance: cars which might surprise you

British supercar dealer Clive Sutton has launched three new tuning packages for the Ford Mustang, with the headline modification being the upping of the V8's power to 700bhp.

Read our review of the Ford Mustang CS700

The most potent package, the CS700, applies to the Mustang V8. It raises peak horsepower by 55% to 645bhp in its most basic form thanks to the fitment of a Whipple supercharger, upgraded intercooler and a new four-exit exhaust system, but a further 55bhp can be liberated with the addition of a larger throttle body, bigger injectors and a new pulley. 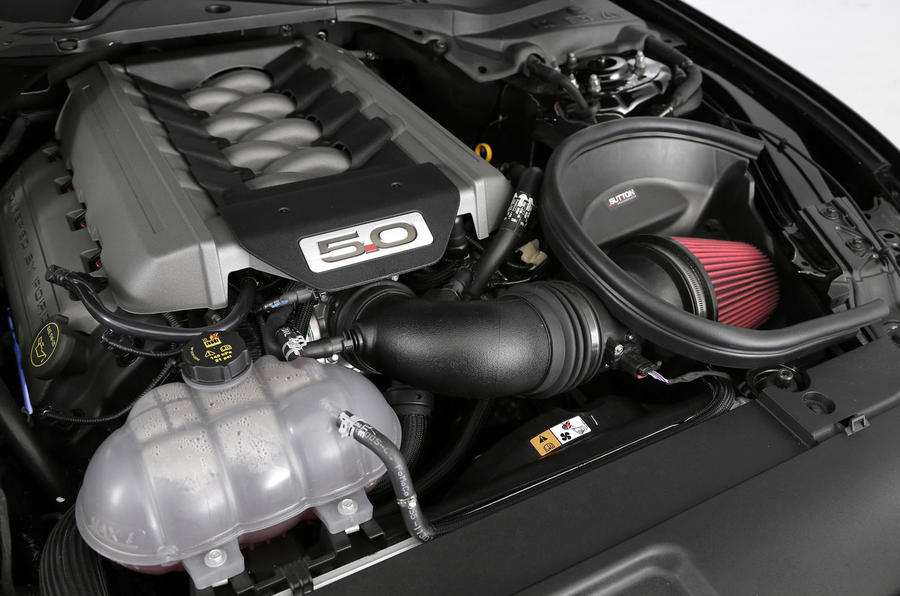 While that pushes the Mustang's price into the realms of a new BMW M3, it does result in a car with a 700bhp output, which is 275bhp more than the BMW and close to 100bhp more than even the forthcoming Ford GT.

Below the CS700 package are the CS500 and CS350 packages, which cost £4990 each and focus on intake and exhaust modifications for the V8 and 2.3-litre Ecoboost engines. Power outputs grow to 440bhp and 330bhp respectively.

Alongside the engine packages, Clive Sutton has also developed chassis upgrades. CS700 chassis mods cost £6090 and include KW coilovers that lower the car by 30mm, 20in alloy wheels and an option to have stickier tyres fitted. 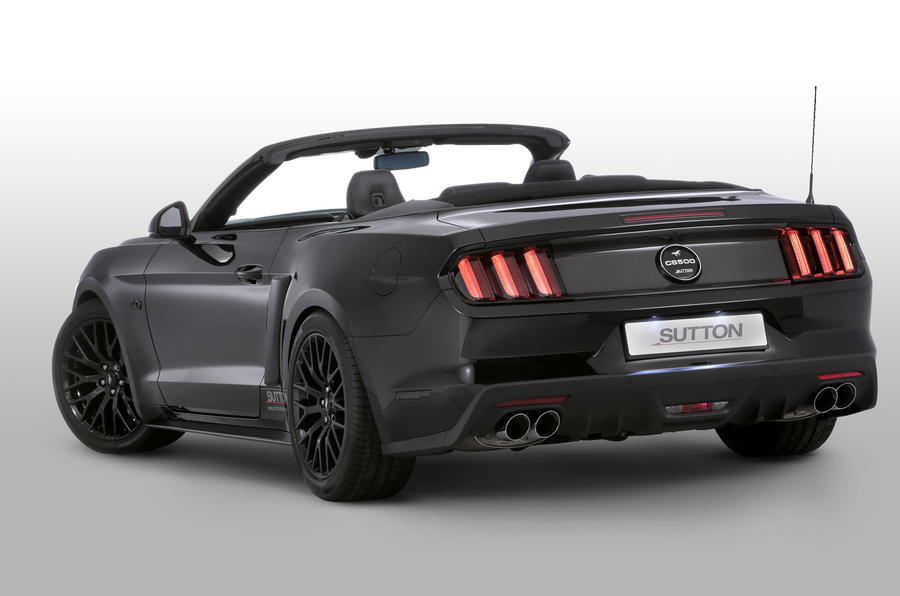 Alternatively, buyers can opt for the CS500 or CS350 chassis packages, which cost £950 each and consist of a suspension upgrade that lowers the car by 25mm. Clive Sutton can also paint each car’s original wheels in a custom colour as part of the deal.

Additionally, a brake upgrade kit is on sale for £1975, while there’s also an appearance package – which includes carbonfibre parts – that costs £3240.

So far Clive Sutton hasn’t released any performance figures for upgraded cars, but it has suggested that tests are due to take place in the near future.

18 May 2016
55k does seem fantastic value for a 700bhp car. I wonder how much cheaper it could be if Ford did it themselves with economies of scale factored in.

55k does seem fantastic value for a 700bhp car. I wonder how much cheaper it could be if Ford did it themselves with economies of scale factored in.

It would be more expensive as Ford would have far higher durability standards. If a cheap, durable 700bhp car were possible, it would have been done already. For this price, the Ford GT350R has 500BHP.

... If a cheap, durable 700bhp car were possible, it would have been done already.

Sounded good at the London

19 May 2016
Isn't it about time we thought about how much power we could be putting under the right foot of the inexperienced?,don't get me wrong, i like power lots of power,but even i recognize the fact that my ability is garnered from experience and i think 700bhp+ would be a teeny tinny bit to much for me,so,allowing for the PC brigade,do we think graduated licenses based on your years of Driving might be a good idea?,because,still you can pass your test in a Micra and next day be out on the road in a Lamborghini!