BACK TO ALL NEWS
Currently reading: Ford Mustang Black Shadow and Blue Edition launched for Europe
UP NEXT
Aston Martin DB5 Junior gains special No Time To Die Edition

A brace of special-edition Ford Mustangs aimed at the European market have been unveiled at the Ford ‘Go Further’ event this week.

Although the main premise of the event at Ford’s Niehl production facility in Cologne was to unveil the new Ford Fiesta, the manufacturer’s performance car wasn’t overlooked. The changes for the two special editions are restricted to exterior styling additions and a higher level of kit.

The Ford Mustang Black Shadow Edition will be available to order with the 5.0-litre V8 engine and six-speed manual or six-speed automatic transmission from January 2017. It will be offered in four body colour options: Platinum White, Triple Yellow, Race Red and Grabber Blue. The key styling changes include black body detailing, including the 19in alloy wheels and Pony emblem. 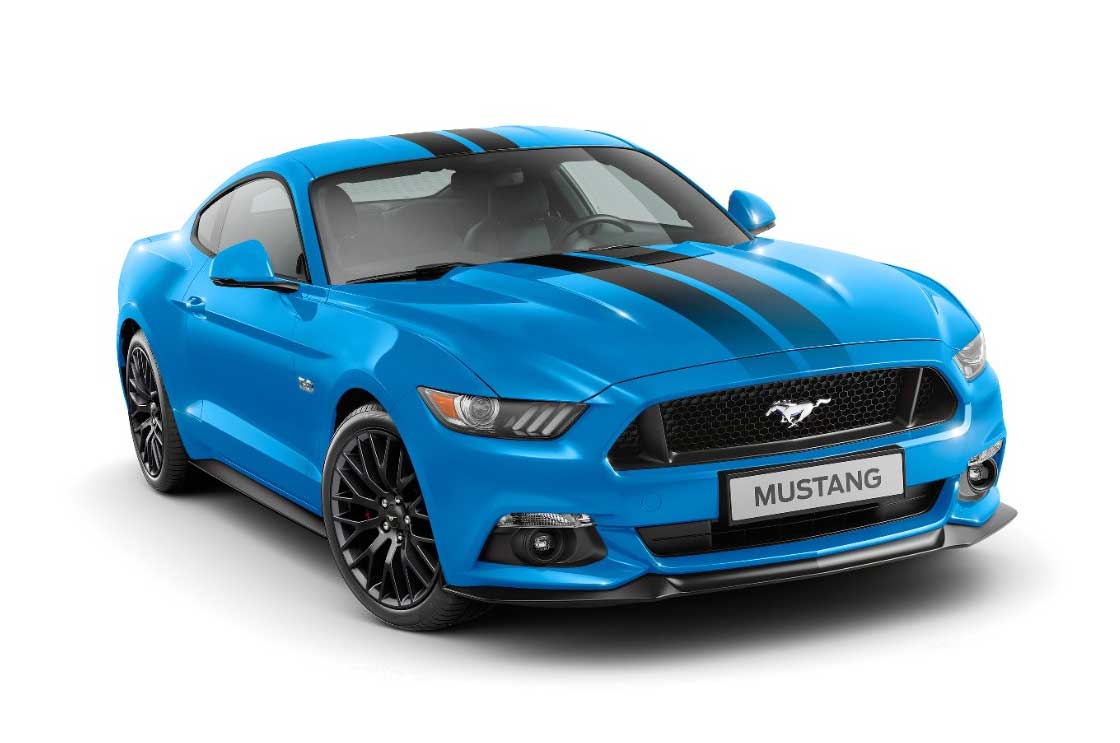 The Mustang Blue Edition model offers a Grabber Blue colour with body stripes, intended to evoke the spirit of classic Mustang models that featured vivid ‘Grabber’ colours, named after their ability to grab attention. It is available to order now with either the 5.0-litre V8 or the 2.3-litre four-cylinder Ecoboost engine and a choice of manual and automatic transmissions, plus black 19in multi-spoke alloy wheels.

Both models come with the latest Sync3 multimedia system, heated and cooled front seats, a premium audio system and a black leather interior.

Ford’s UK sources said they won’t offer the two special editions, chiefly because it is already possible to order a Grabber Blue model in a high specification here. It is likely that the Black Shadow Edition will be offered as an upgrade pack on the Mustang 5.0 GT in the UK range.

Sync 3 is still going to be in the second division.Same as the Japanese are now who used to be the leaders.
Cheltenhamshire 30 November 2016