From £62,7409
Share review
Ingolstadt fine-tunes its seriously rapid two-door, which impresses with its breadth of ability and great attention to detail
Share
Open gallery
Close

It hardly seems to have been on sale long enough. But Audi has already rung the changes to the second-generation RS5 Coupé.

The 2020 model adheres closely to the car it replaces, both in technical terms and driving character. The surprise is just how closely. Audi is convinced that the mechanical aspects of the three-year-old rival to the BMW M4 and Mercedes-AMG C63 Coupé are competitive enough to see it through to 2023, when it is due to be replaced by an all-new third-generation model that features a hybrid component to its downsized drivetrain. So Audi has directed its efforts here mainly at fine-tuning the RS5's exterior design in a bid to provide it with greater engine cooling efficiency, among other, aesthetic factors.

Even ardent Audi fans will need to look closely to spot the changes. They’re there, though – such as a lightly reworked front bumper with subtly reshaped outer air intakes and a trio of vents above a lightly reworked grille, a treatment Audi says was inspired by the original Quattro launched in 1984, no less. There are also new-look daytime running lights, which feature a six-part design for a more distinctive appearance.

The rear is distinguished by reworked tail-light graphics similar to those used up front and a reshaped bumper featuring a revised diffuser element. Buyers can specify either 19in or 20in wheels as well as two new colours – Turbo Blue and Tango Red.

Inside, the new RS5 Coupé retains the same excellent interior as its predecessor. It has been further enhanced by the adoption of a new operating system for the infotainment, with touchscreen operation in place of the rotary controller that had been used up to now. It uses Audi’s MMI touch-response technology and comes with an optional Navigation Plus package that, like the digital instruments, features Audi Sport-specific graphics for a variety of data. 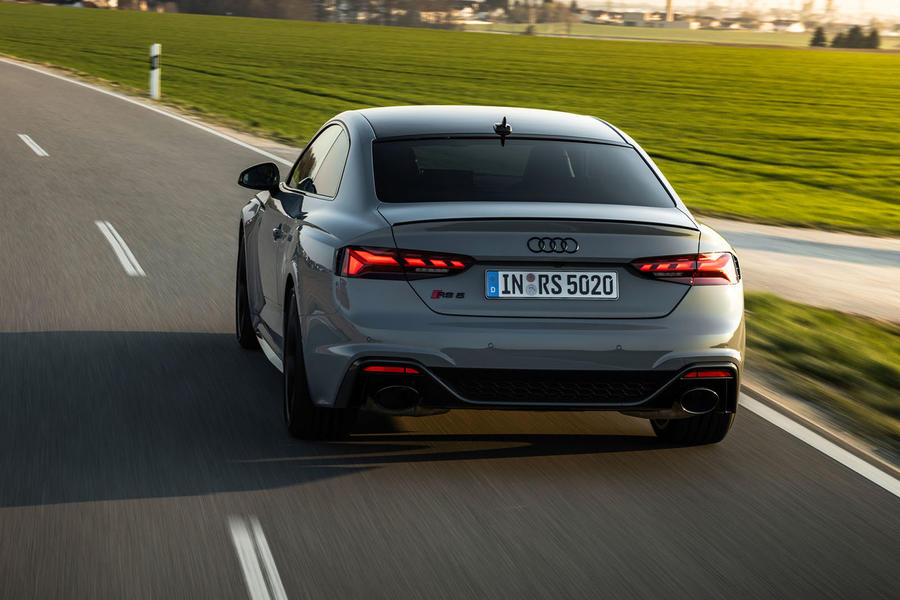 It is the abundant torque that distinguishes the joint Audi- and Porsche-developed unit, though. With 443lb ft between 1900rpm and 5000rpm, it endows the reworked Audi with a soothing effortlessness when cruising in Comfort mode and, alternatively, a fitting urgency to the acceleration when being worked harder in Sport mode.

Step-off is particularly sharp and, with all that shove concentrated across such a wide band of revs, the mid-range performance is nothing less than authoritative in nature. It is not exactly explosive but, with an official 0-62mph time of 3.9sec and a top speed of up to 174mph in combination with the Dynamic package, it is rapid enough to leave you wondering if you really need any more performance.

It’s rather entertaining, too. An imbibing smoothness to the delivery allows it to pull with great intent and outstanding refinement to the 6800rpm cut-out, while tweaks to the exhaust system give its engine a more engaging aural character, with greater volume to the digitally enhanced exhaust note than previously – not least in Sport mode, where it is now more present at all times. The eight-speed automatic, carried over with changes to its electronic mapping, does an excellent job of corralling the RS5 Coupé’s reserves and provides an impressive spread in temperament between relaxed shifting in Comfort mode and significantly more determined changes in Sport.

As tradition dictates, drive is sent to all four wheels via Audi’s latest quattro system, complete with a sport differential to apportion the amount doled out to each individual rear wheel depending on prevailing grip and other factors such as speed, yaw angle and driving mode.

The handling is characterised by outstanding body control, huge grip and exceptional traction. In realworld conditions, the RS5 Coupé is likely to be every bit as fast, if not faster, over any given road than its key rivals. What it does lack, though, is the tactility of its keener competitors. The electromechanical steering is responsive off centre and remains well weighted at speed, but it is short on feel and ultimate communication. 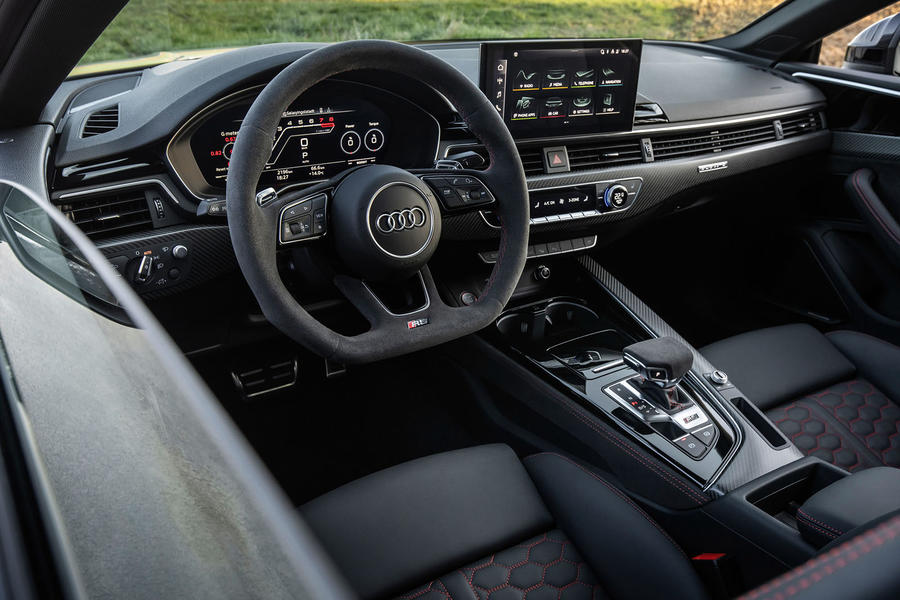 Rarely is a facelift quite as subtle this RS5 Coupé’s. The changes, small as they are, help to freshen its appearance and bring added ease of operation to its interior. If you were expecting a further boost in the already strong performance along with heightened dynamic properties, don’t despair.

The reworked two-door continues to deliver on the driving front if not quite as intimately as certain rivals then in a highly secure way that makes it a compelling ownership proposition all the same. 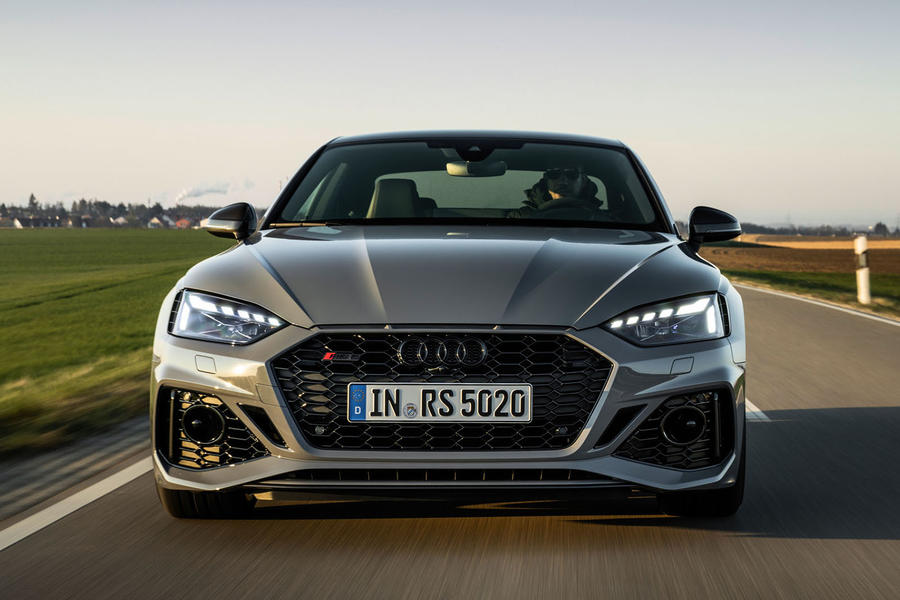 30 April 2020
Please test the sportback version. I'd love to know whether it's a mini RS7.

Can't help seeing a bit of GT-R about the car from certain angles.

I've never used Audi's MMI system, but does doing away with the rotary controller and making it touch only enhance the system?

Otherwise, this looks like another car where the front grille is so large and heavy it's pulled the front of the car down.

At one point an Audi was about descrete quality.

This is more like a loadsamoney lager lout on  binge.

At one point an Audi was about descrete quality.

This is more like a loadsamoney lager lout on  binge.

Not sure why all German cars seem to be getting very Angry faces along with messy vien like detailing all over their cars VAG are particularly bad but BMW are now at it too. Perhaps post COVID there might be a softening of these harsh details......got to look for an up side!  The car in question leaves me cold for all its ability and will be driven by people I would not wish to be associated with,  CHAV,S form a disorderly queue here.