From £43,6157
It’s business as usual for the latest Audi S4 with rapid all-weather pace but a slightly numb driving experience
Open gallery
Close

If there’s any badge that signifies discreet all-weather performance, it’s the little ‘S’ found on the back of fast Audis like this new Audi S4. Whether on an S1 or an S8, it guarantees a strong engine and Velcro-like traction wrapped in a package that will fly under the radar of all but the most hardened car nut.

One of the longest serving members of the S dynasty is the S4 saloon, which, apart from a brief dalliance with a bent-eight, has always stuck to the tried and tested recipe of a boosted engine up front, four-wheel drive and all but the smallest of visual nods to give away what it’s capable of.

The latest version ditches the supercharged six of its predecessor, replacing it with a single-turbo V6 that pushes out a healthy 349bhp and 368Ib ft of torque. That might be down on the Mercedes-AMG C 43 – arguably its closest rival – but it matches its 0-62mph time of 4.7sec.

As is usually the case, the aluminium-effect door mirrors and quad exhaust pipes are the easiest ways to spot an S4. Inside, you get electrically adjustable Nappa leather sports seats, plenty of S badging and Navigation Plus. 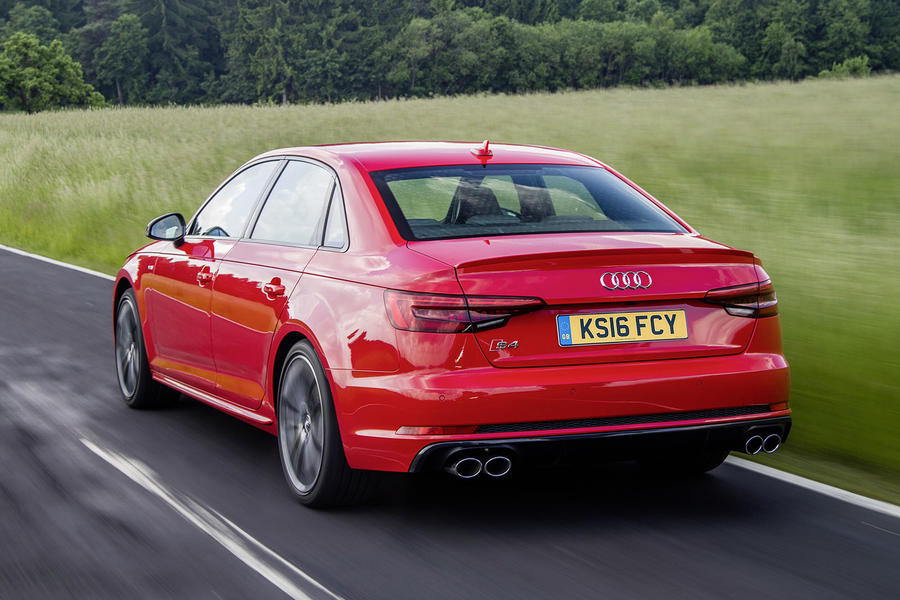 It might not look that different to an S line-equipped diesel A4 on the outside, but you certainly know you’re in an S4 when the V6 fires with a flourish. Slipping the eight-speed torque converter auto into drive reveals a 'box that’s noticeably smoother than the dual-clutch unit in most other A4s.

Continue to drive conservatively and the motor settles into the background, emitting the faintest of six-pot growls as you cruise down the road. Our test car had adaptive dampers that, even in Comfort mode, still had a firm edge, albeit one that very rarely became crashy. Even then, we’d blame the optional 19in wheels and particularly vicious potholes for this.

More of a concern is steering (the standard setup rather than the optional £950 Dynamic Steering variable ratio rack) that's far too light in comfort mode. Things do improve in auto, but while it tracks straight and feels precise, it's still decidedly numb.

But so far we’ve only played with the more boring drive modes, what if you flick it to Dynamic mode? The first thing you notice is the noise; faint growl turns into howl that builds deliciously as the revs rise. To these ears, it’s one of the best sounding turbo sixes at (relatively) sane money.

It’s fast, too. The ‘box is capable of rapid gearchanges when asked, and the V6 feels muscular, pulling strongly from low rpm yet happy to rev out should the mood take you. 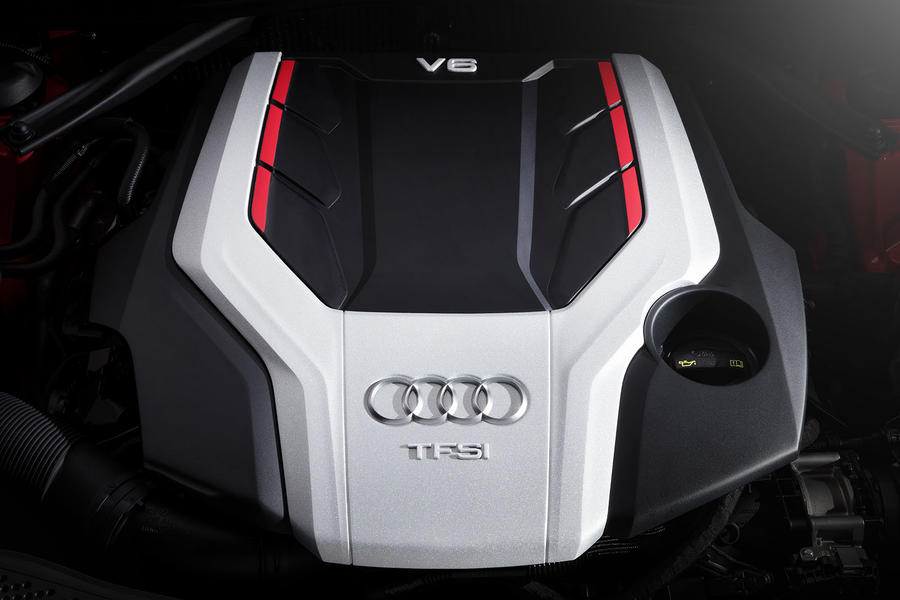 So, what about the handling? There’s certainly no doubting the effectiveness of the Quattro drivetrain, and our test car had the optional sports differential on the rear axle. While the marketing blurb states that it helps agility, this isn’t a car to be steered on the throttle.

Even a flattened accelerator pedal, lots of steering lock, ESP off and a wet road fails to unstick the rear end. You certainly feel the back axle helping the car turn, but neutrality is the name of the game, even with the diff in Dynamic mode.

Try flicking the steering to the same mode, and you get plenty more gloopy weighting without any additional feel. At least the suspension remains fairly compliant if a little too firm for your average broken B-road. Thankfully there is an Individual mode that allows the noisy exhaust, Dynamic diff and sporty shifts for the gearbox without the unnecessary steering weight and suspension stiffening.

As for the inside, well it’s like pretty much every other A4 out there but with a little bit more sporting garnish. The seats are comfortable yet supportive, the driving position is good and the dashboard remains a triumph of functional design.

We can totally understand why someone might opt for the S4. It may not be a thrill-a-minute sports saloon with delicate responses and oversteer on tap, but we appreciate many people don’t want that kind of hooliganism on a day-to-day basis.

Instead, the S4 is a perfectly usable and pretty comfortable saloon car that just happens to be exceedingly capable at crossing country rapidly without it or the driver breaking a sweat.

For us, the more communicative and playful Jaguar XE S or BMW 340i may not be quite so fast in inclement weather, but they are more engaging by far. And in our book, that’s enough to turn a good sports saloon into a great one.

I'm glad the author stated that "hooliganism on a day-to-day basis" is not wanted by many people. Steering on the throttle may be great fun on a track, but on the public highway? In the real world, the reviewers inability to unstick the rear end is a great feature of this car and very reassuring to the majority of drivers.
Cobnapint 13 February 2017

Man landed on the moon in 1969, the yanks are drilling holes in Mars for fun, and Leicester City won the EPL last season. Just what is it about steering feel you have yet to fathom......?
405line 13 February 2017