The highly cherished Audi RS4 Avant is back after an unveiling of the new fourth-generation model by Audi Sport boss Stephan Winkelmann at the 2017 Frankfurt motor show.

Set for UK delivery during the second quarter of 2018, the new model builds on the developments brought to the RS5 Coupe earlier this year with the adoption of a turbocharged 2.9-litre V6 petrol engine developed in a joint venture between Audi and Porsche.

It is also a considerable 95bhp and 74lb ft more than that delivered by the turbocharged 3.0-litre V6 used by the latest S4 Avant.

With a kerb weight of 1790kg, this provides the RS4 Avant with a power-to-weight ratio of 249bhp per tonne. 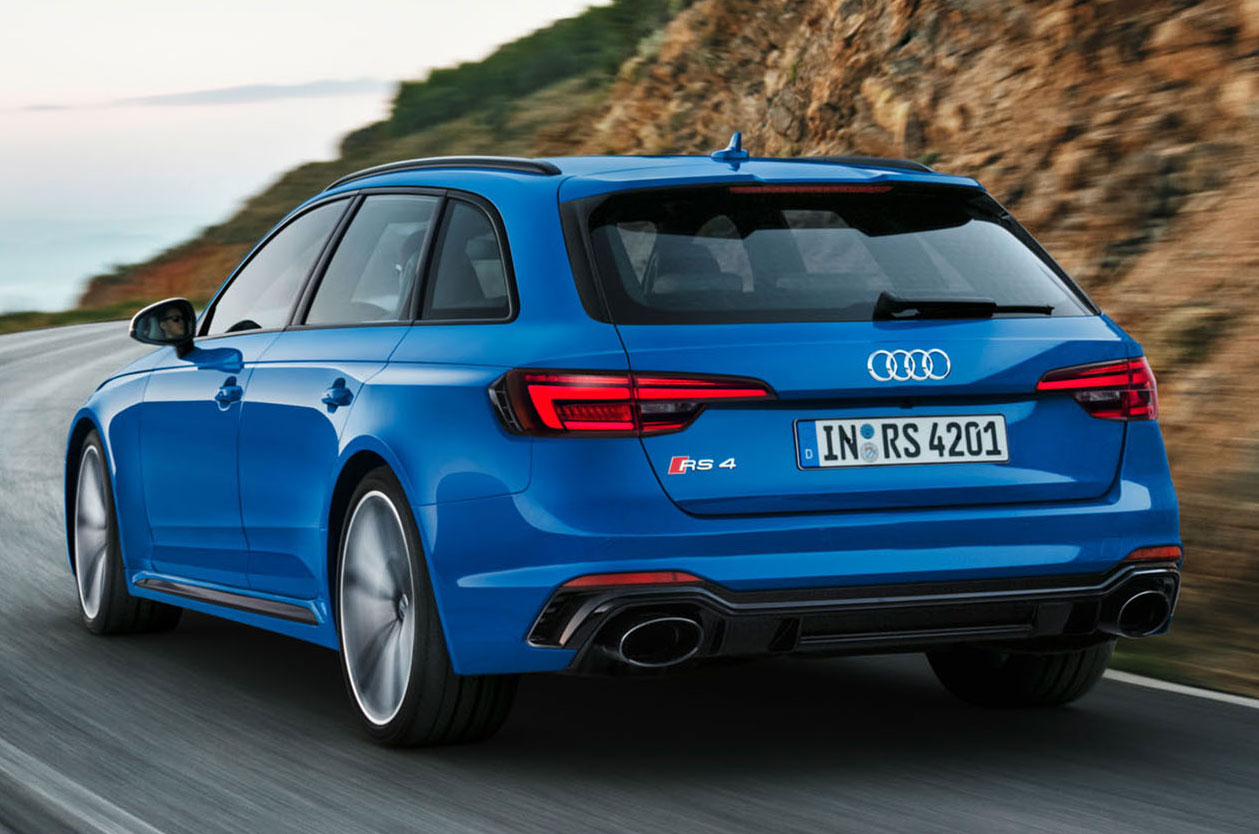 The new engine is combined with a standard eight-speed automatic gearbox with remote steering wheel mounted shift paddles and a quattro four-wheel drive system to provide the 2018-model-year RS4 Avant with a claimed 0-62mph time of 4.1sec – some 0.6sec quicker than its predecessor.

Top speed is nominally limited to 155mph, though buyers can order the new Audi Sport model with an optional RS dynamic package that raises it to 174mph.

Along with the increase in performance, the new RS4 Avant also boasts a significant reduction in fuel consumption and CO2 emissions at a claimed 32.1mpg and 199g/km. By comparison, the old model was rated at 26.4mpg and 249g/km.

“The RS4 is our icon,” said Winkelmann. “It blends power with superlative utility.”

Setting the new RS4 Avant apart from the S4 Avant is a series of unique design touches Audi Sport says were inspired by the detailing of the Audi 90 quattro IMSA GTO race car.

They include a deep new front bumper featuring large air vents, both left and right, as well as a smaller aperture underneath the new car’s reworked single frame grille and pronounced blisters over the front wheel arches.

Further back, the RS4 receives new exterior mirror housings and beefed up sills underneath the doors. In addition, there are widened rear fenders featuring even more pronounced blisters over the rear wheel arches than those seen up front and small vents mimicking the look of those up front alongside the outer edges of the LED tail-lights. 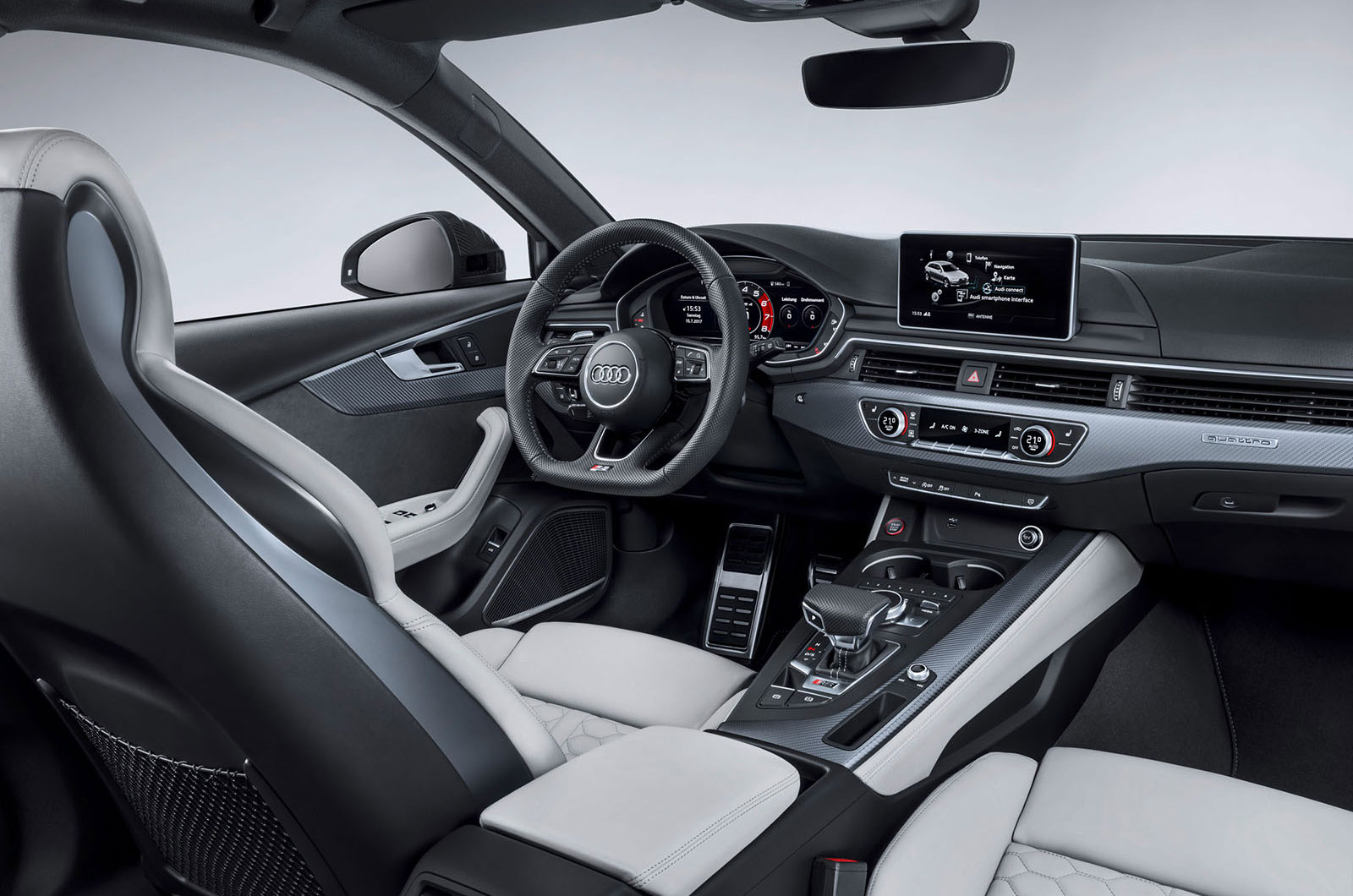 The extrovert look continues at the rear, with a spoiler atop the tailgate as well as a re-profiled bumper housing a substantial diffuser element and a pair of large oval tailpipes finished in black.

A standard RS sport suspension lowers the ride height by 7mm over the standard A4 Avant with sport suspension. Options include a dynamic ride control system with adaptive damping, RS-specific steering and carbon ceramic brake discs.

The RS5 has been found to be around 200kg over its claimed weight, so does thst mean this car is going to weigh two tonnes?!
xxxx 14 September 2017

The RS5 has been found to be around 200kg over its claimed weight, so does thst mean this car is going to weigh two tonnes?!

What official test are you talking about?

Or the double-clutch for an automatic.

Didn't like the "improvement" from manual to double-clutch the last time - maybe I'm just an old fart.

It may excite you Greg, but I

True, Boxster's are an example of such. Plus the maintenance on NA engines is far cheaper, none of that nasty plumbing!

Perhaps, but the B5 RS4 (twin turbo V6) is starting to appreciate sizeably so a V8 is not the be all and end all

In 10 years...In 20 years the gas vehicles will be banned or under heavy tax, there is no point for any manufacturer to develop a truly outstanding IC engine.

V8 will be cherished...as an exhibition piece in a museum.