BMW is uprating the dynamics of the 3 Series’ cousin, which will again offer three bodystyles alongside three 503bhp M4s – plus a new electric i4
Open gallery
Close

BMW will greatly expand the 4 Series line-up for the sporting coupé’s second generation later this year, spearheaded by a trio of BMW M4 models with 503bhp and the 523bhp i4 electric saloon.

The German manufacturer is working to increase the differentiation between the 4 Series and the closely related 3 Series saloon, with engineers involved in its development telling Autocar that substantial work has gone into improving the dynamic qualities of the Audi A5 and Mercedes-Benz C-Class Coupé rival.

To this end, the 4 Series has also been given a major design revamp – including the grille featured on the Concept 4 Series that caused great controversy when it was revealed in September last year.

Known internally by the codename G22, the new 4 Series will be launched shortly in two-door Coupé form, followed by the Cabriolet and the four-door Gran Coupé.

The range will then be crowned before the end of 2020 by the M4, which will be offered in Coupé, Cabriolet and, for the first time, Gran Coupé forms. 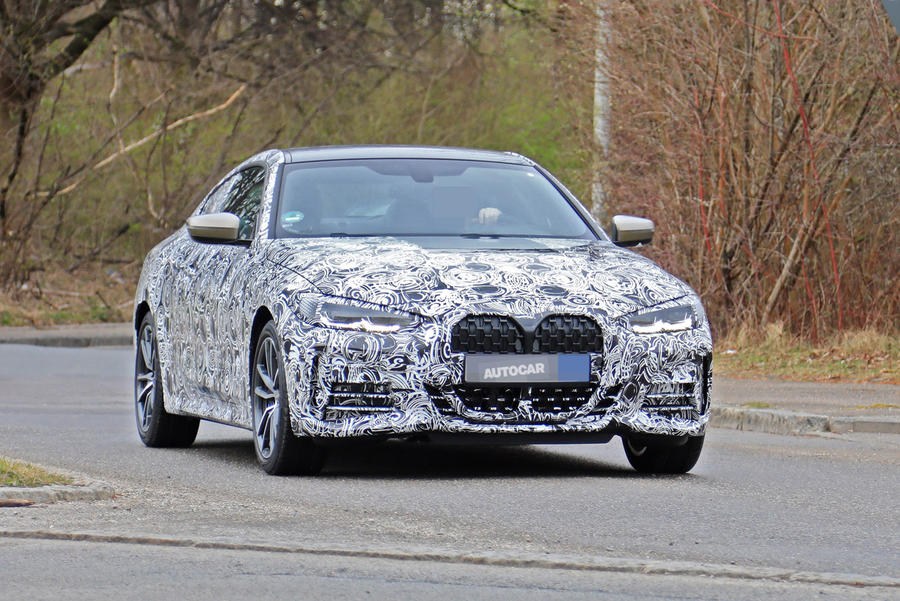 However, the most powerful 4 Series variant will be the i4. The new Tesla Model 3 rival will use a pair of electric motors to offer up to 523bhp and around 600lb ft of torque. The i4 will be the second electric BMW to share its underpinnings with a conventional internal-combustion-engined car, after the iX3 SUV.

The importance of the 4 Series to BMW can be seen in the strong sales of the current model. Since its introduction in 2013 as a replacement for the 3 Series Coupé (the history of which stretches back to 1975), almost 700,000 examples have been sold worldwide.

Of the three bodystyles offered today, around 50% of buyers choose the Gran Coupé, while the Coupé and Cabriolet each account for around 25%.

BMW has committed to significant modifications over the 3 Series to provide the 4 Series with greater individuality and increased standing within the line-up.

Leading the host of changes is that striking new look. Inspired by the vertical kidney grilles that graced BMWs from the 1930s, the bold front end has been described by design chief Domagoj Dukec as the first step towards giving each BMW model a unique interpretation of the brand’s most recognisable styling element.

When it goes on sale in the UK later this year, the 4 Series Coupé will offer up to three petrol and three diesel engines, each with four or six cylinders.

Autocar has already driven prototype versions of the 255bhp 430i and 369bhp M440i xDrive petrols, while German automobile registry records show that the range will also feature an entry-level 420i and 420d, 430d and M440d diesels.

The M440i and M440d M Performance variants will both feature 48V mild-hybrid technology, providing off-throttle engine-idle coasting, regenerative braking and a Sprint mode that calls up an additional 11bhp and 15lb ft of torque for stronger acceleration under load.

Further developments for the 4 Series include a raft of unique structural stiffening measures to provide it with greater steering precision and improved suspension control. There are new front suspension strut tower braces within the engine bay and work has been carried out to increase the rigidity of the rear suspension. 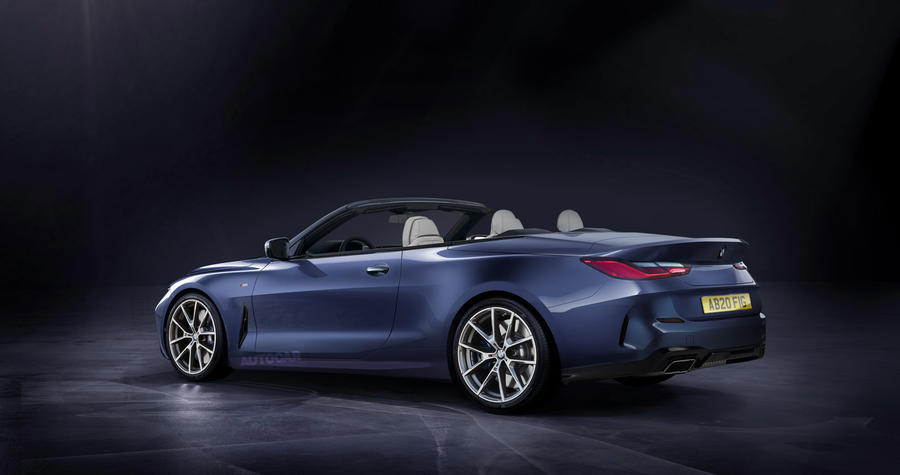 Like the 3 Series, the 4 Series will get BMW’s lift-related dampers as standard, bringing progressive damper control qualities. Adaptive dampers will be standard on the M440i xDrive and M440d xDrive and part of an optional M Sport pack on other models.

In a return to its roots (it was called the 3 Series Cabriolet from its arrival in 1985 until 2013), the 4 Series Cabriolet will swap its folding hard-top roof for a multi-layer fabric structure. Similar to the arrangement on the 8 Series Cabriolet, this will include a composite tonneau cover and a dedicated stowage area.

The M Performance pair will be the initial range-toppers, before the second-generation M4 – developed under the codename G82 – arrives before 2020 is out, with deliveries expected at the start of 2021.

The M4 will again be offered with the Coupé and Cabriolet bodystyles, as well as in standard rear-wheel-drive and top-spec four-wheel-drive Competition forms.

However, it is not yet clear whether both variants will be offered to British buyers or, as with other recent M cars, only the Competition.

The regular BMW M4 will use the twin-turbocharged 3.0-litre straight-six engine, known as the S52, that features in the recently launched X3 M and X4 M SUV duo and is also set to be used by the new M3 saloon.

With a six-speed manual gearbox and traditional rear-wheel drive, the M4 will produce 473bhp and 443lb ft of torque in its standard guise. 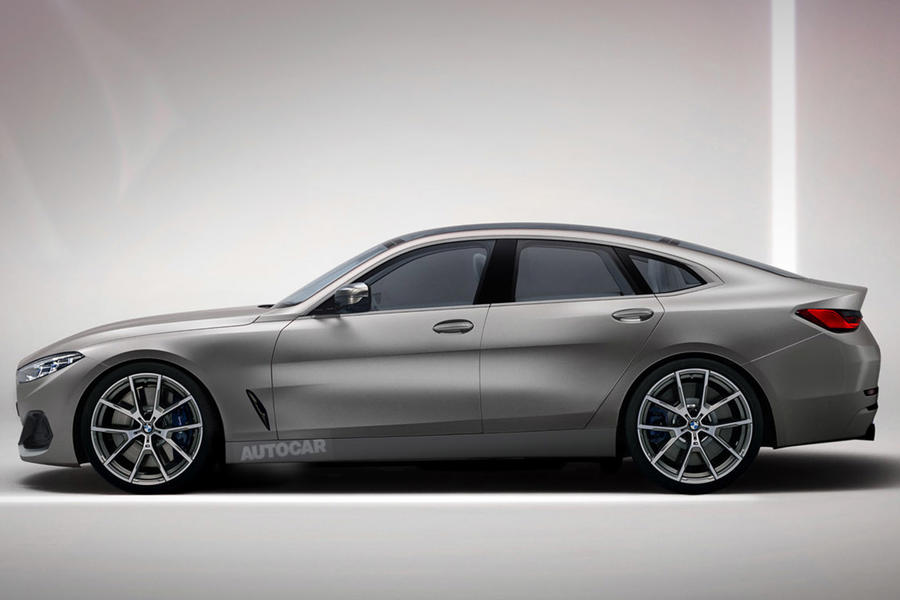 By comparison, the current M4 uses the older S55 turbocharged 3.0-litre straight six to deliver 425bhp and 406lb ft in its standard specification and 454bhp and 443lb ft in the M4 CS (which retains rear-wheel drive).

Those cars are assembled in BMW’s home city of Munich, Germany, but the second-generation M4 models will be produced alongside standard 4 Series Coupé and Cabriolet variants in nearby Dingolfing.

BMW is also planning to add four-door practicality to the M4 line-up for the first time by offering a Gran Coupé version. The junior sibling of the recently introduced M8 Gran Coupé is scheduled for launch in 2022 as a rival to the Audi RS5 Sportback, according to well-placed BMW sources. They told Autocar that the popularity of the original 4 Series Gran Coupé in North America and China was behind the decision to introduce its successor to the M4 range.

The versatility of the Cluster Architecture (CLAR) platform that BMW introduced in 2017 is displayed by plans to base the i4 on the same structure as that used by its conventionally powered siblings – the first time BMW hasn’t used bespoke underpinnings for an EV.

Previewed earlier this year by a thinly veiled concept, the i4 is due in 2021 as the first in a wave of new electric cars being developed by BMW. The company plans to launch up to 25 plug-in hybrids and EVs by the end of 2023.

Based on the 4 Series Gran Coupé, alongside which it will be assembled in Munich, the i4 will produce up to 523bhp and some 600lb ft of torque from a motor on each axle in its most potent, four-wheel-drive guise, dubbed the i4 xDrive.

The saloon’s electric driveline is combined with an 80kWh lithium ion battery pack that BMW claims will provide the most efficient variant with an impressive official range of 373 miles on the WLTP test cycle.

By way of comparison, the highest figure achieved by the Model 3 is 348 miles, thanks to an 88kWh battery.

Opinion: BMW's boldness could earn it a grilling

The Model 3 Long Range has a 75kwh battery, not 88kwh as suggested, for its 348 WLTP range. So this BMW is AS efficient, not more efficient, according to the WLTP test (if you believe that).

I read somewhere that the reason the grills are getting larger is because of all the tech cars are armed with theses days, cruise control, radar distance control, road sign recognition tech and a few I've forgotten.

Not really, even cars that

Not really, even cars that don't need a grill eg Audi E-tron, have a big one.  I can only think that the look does well in clinics and we are out of step.  Heck, I'm out of step with the shrinking window area, the coupé everything and the willingness to have a bad ride in order to have "sportiness", even in ordinary family barges bought and driven by vicars.

Not really, even cars that don't need a grill eg Audi E-tron, have a big one.  I can only think that the look does well in clinics and we are out of step.  Heck, I'm out of step with the shrinking window area, the coupé everything and the willingness to have a bad ride in order to have "sportiness", even in ordinary family barges bought and driven by vicars.

I'm with you on all that - I bet I'm even further out of step!  I do wonder though if car designers and chassis engineers, like politicians, live in their own little world, influencing each other but being divorced from reality and public opinion.