From £71,4758
Even shorn of its fixed metal roof, the 8 Series continues to strike a fine balance between dynamism and refinement
Open gallery
Close

When BMW announced the return of the 8 Series, a Riviera-spec flagship convertible was always on the cards.

And understandably so. A car whose day-to-day dynamism is broadly comparable to that of a Porsche 911, only with levels of space and opulence more akin to what Mercedes’ formidable two-door S-Class can offer, should appeal just as much in open-air form as it does with a fixed roof, if not more so.

The £107,000 M850i xDrive tested here represents one half of the initial convertible line-up – the other half being an 840d xDrive M Sport equipped with BMW’s supremely smooth, economical 3.0-litre straight-six turbodiesel, though an M-badged derivative with more than 600bhp is expected.

Both drivelines are carried over wholesale from the coupé, meaning the M850i gets a tractable 4.4-litre twin-turbo V8 packing 523bhp and 553lb ft. Explosive potency ensues, and despite a hydraulic roof mechanism and additional bracing that see kerb weight rise from 1890kg to a stocky 2015kg, the convertible gives almost nothing away to its coupé sibling in terms of straight-line speed, adding just 0.2sec to the 3.7sec 0-62mph time. 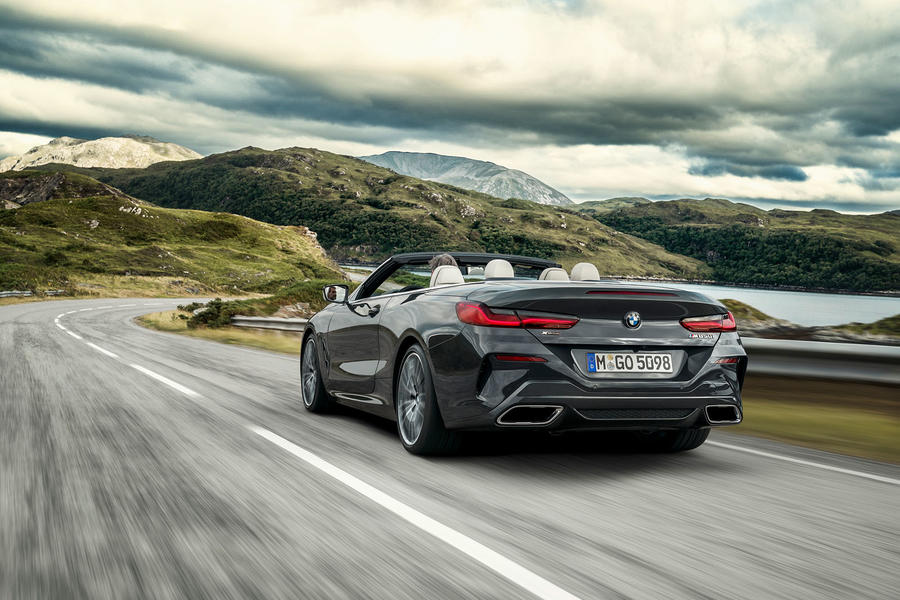 Impressive. On the road the car’s handling gives similarly little away to the coupé, continuing to favour sure-footed stability over the easy-going adjustability you’ll find in an Aston Martin DB11 Volante. It's not the most expressive device, but it corners with a level-headed confidence the likes of which its S-Class compatriot could only dream. In terms of sheer brute thrust, response and efficacy, this twin-turbo V8 must also be among the finest around, even if BMW has resorted to exhaust tuning to give the M850i the character its performance and status warrant.

This car's dynamic repertoire is effortlessly broad, too. On its adaptive, steel-sprung M Sport suspension the ride is firm but pliant and on Spanish roads any vertical movements were decently sympathetic given their limited scope. Air suspension might have pushed the car's personality into a more sophisticated realm, but at what coast? As it is, big body movements are kept doggedly in check – conspicuously well for a two-tonne cabriolet. There’s so much grip and traction that you can then indulge the car’s natural balance and confidently carry big apex speeds without worrying about the size of the thing.

Push too hard and you’ll invite understeer sooner than in the coupé, as the weight tells, though it’s hard to imagine many of these cars being used for much other than GT duties. And duly, with the roof in place, this is a well isolated, cosseting cruiser we’d steer from Portsmouth to Portofino without hesitation and in any weather. Just not, perhaps, if the alternative was a Mercedes S560 Cabriolet, whose motorway ride remains a cut above that of the BMW, and whose interior feels more out of the ordinary.

Meanwhile, with the roof down (allow 15sec at speeds of up to 31mph) and the elegant rear deck exposed, cabin turbulence is quelled very well, and when you’re out among the elements the artificial steering feel also seems less bothersome. Canvas roof stowed away, the 8 Series Convertible is at its best when flowed through corners at no more than eight-tenths commitment, and with short-shifts to lazily ride the beefy torque. 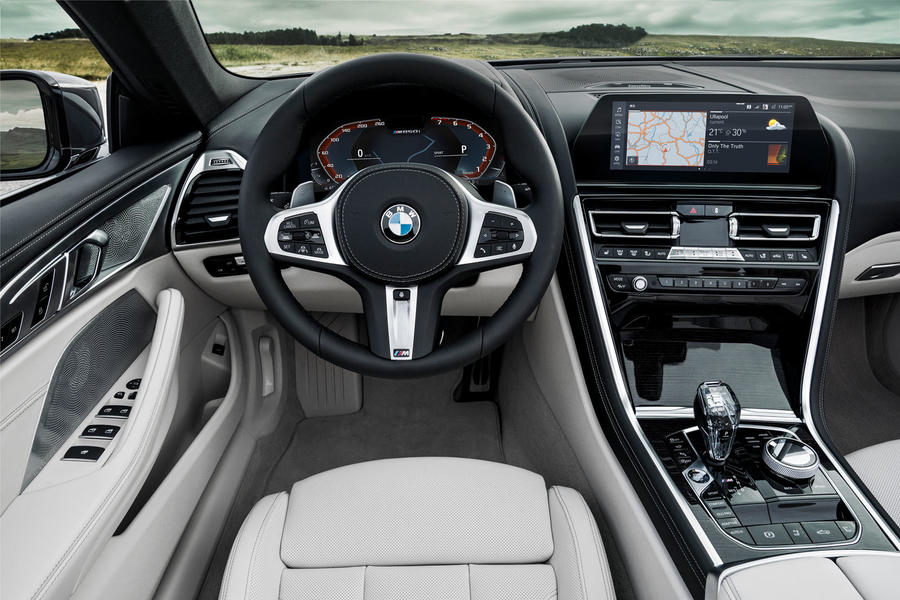 Like almost all convertibles, buy one and you’ll sacrifice some practicality – at 350 litres, boot space is 70 litres down on the coupé – while in the case of the M850i also paying roughly £7000 more for the privilege of smelling, as well as watching, the scenery go by.

But in many ways the drop-top 8 Series does have more to recommend it than the coupé, not least because the car’s more benign dynamics better suit the more laid-back cabrio brief. With a continent-crushing range, the diesel could be the star of the range. 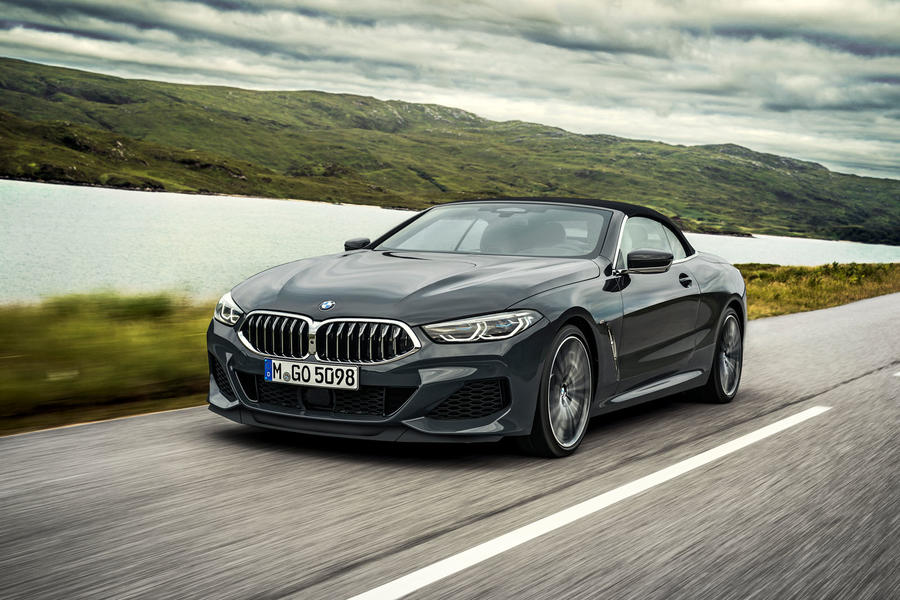 ...if the alternative was Mercedes S560 Cabriolet, whose motroway ride remain a cut above that of the BMW..

The Merc's ride is a bit smoother, but I'd take the 850 on the count of being more nimble and fun around the corners and to my eyes it also looks nicer. But horses for courses I guess.