BACK TO ALL NEWS
Currently reading: BMW iX3 electric SUV spotted in near-production guise
UP NEXT
Land Rover Freelander vs Discovery Sport: 25 years of baby Landie

BMW's upcoming all-electric BMW iX3 has been spotted with minimal disguise on German roads ahead of its launch next year.

The new images are the most revealing prototype shots of the Jaguar I-Pace and Audi E-tron rival since the company previewed the iX3 concept at the Beijing motor show in April 2018.

The latest shots reveal a car that appears close to production and the minimal camouflage wrap highlights a number of previously unconfirmed details about the model's design. The lack of any visible exhaust pipe and presence of an 'Electric Test Vehicle' warning sticker are obvious giveaways of the car's identity. 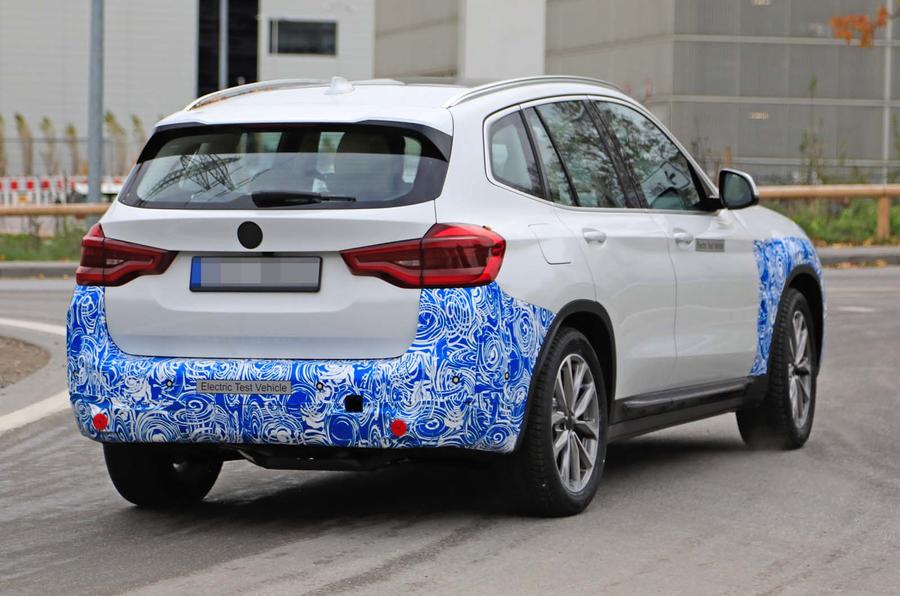 BMW's trademark kidney grille is also blanked off, as with the concept, but elsewhere the iX3 retains a strong resemblance to its petrol- and diesel-powered counterpart. The car appears to sit comfortably alongside other models in BMW's stable. Any necessary modifications to the standard BMW X3 appear to have been subtly concealed, whereas the radical designs of the earlier BMW i3 and BMW i8 were heavily influenced by the new technology they exhibited.

The car's zero-emission powertrain will be at the heart of 11 upcoming electric vehicles from the German car maker. BMW is allowing potential buyers of the iX3 to register their interest online, ahead of the model's planned 2019 release date.

BMW says lessons learnt through the establishment of its i sub-brand and recent developments surrounding its upcoming iNext model have allowed it to provide the new Concept iX3 with a “new dimension” in performance, operating range, weight and packaging over its first dedicated electric-powered production model, the three-year-old i3.

The new pure-electric SUV, unveiled at the 2018 Beijing motor show, closely previews a new X3-based model being developed as a rival to the likes of the Jaguar I-Pace, Audi E-tron and Mercedes-Benz EQC. 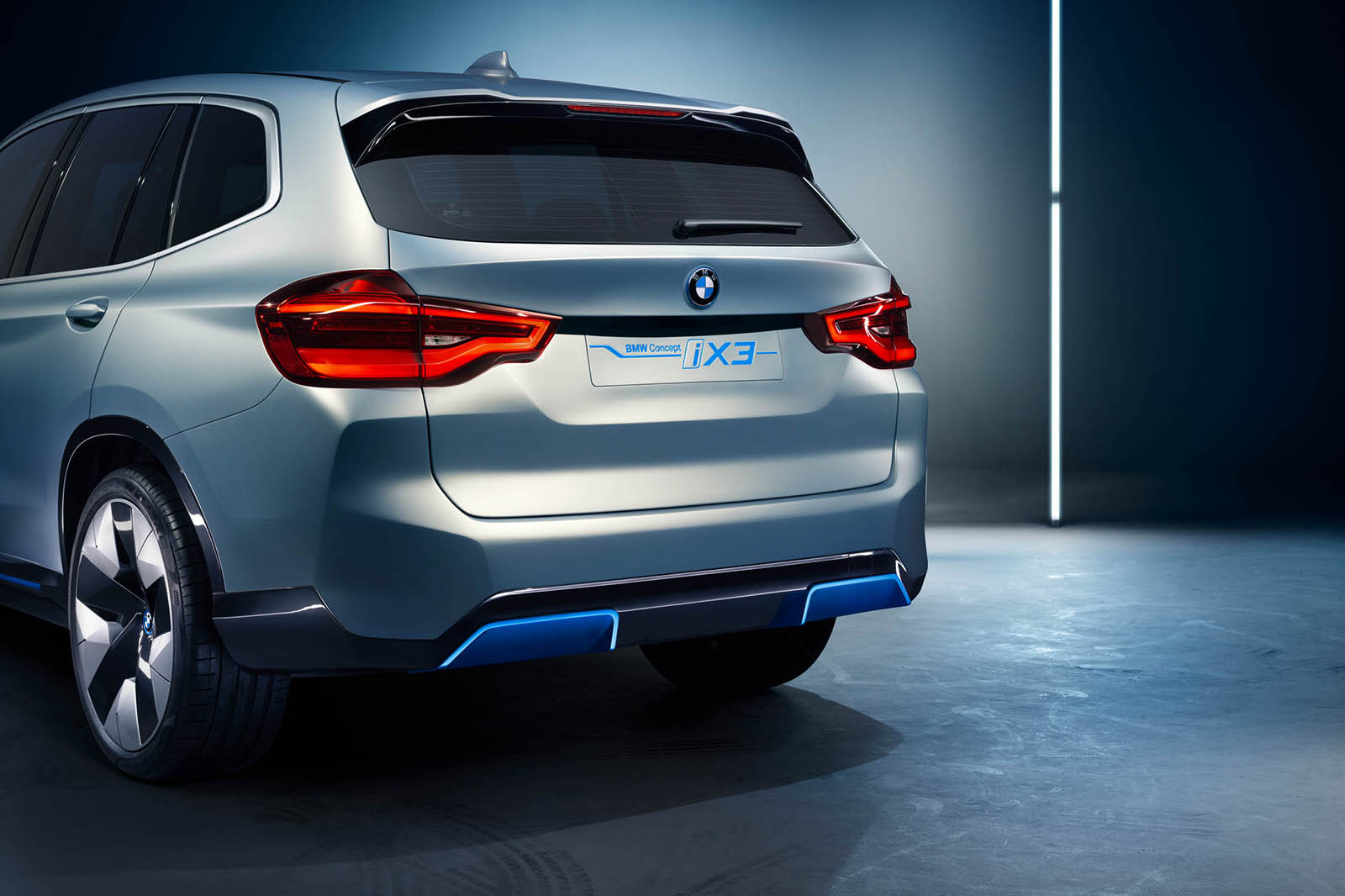 It is planned to go on sale in the UK in 2020, preceding the launch of a production version of the Vision Efficient Dynamics saloon revealed at last year’s Frankfurt motor show featuring a similar powertrain that, BMW chairman Harald Krüger says, is due out in 2021.

The styling of the Concept iX3 leans heavily on the standard X3. Among the unique design elements serving to differentiate it from existing petrol and diesel versions of the third-generation SUV are reprofiled bumpers, a newly styled grille, aerodynamically optimised wheels shod with low-rolling-resistance tyres, subtle additions to the sills and a new rear diffuser element.

At the heart of the Concept iX3 is a newly developed electric powertrain. Mirroring the unit set to be adopted by the production version of the new SUV due out next year, it combines the BMW’s fifth-generation electric motor with what has been described to Autocar as fourth-generation battery cells supplied by Korean battery specialist Samsung. 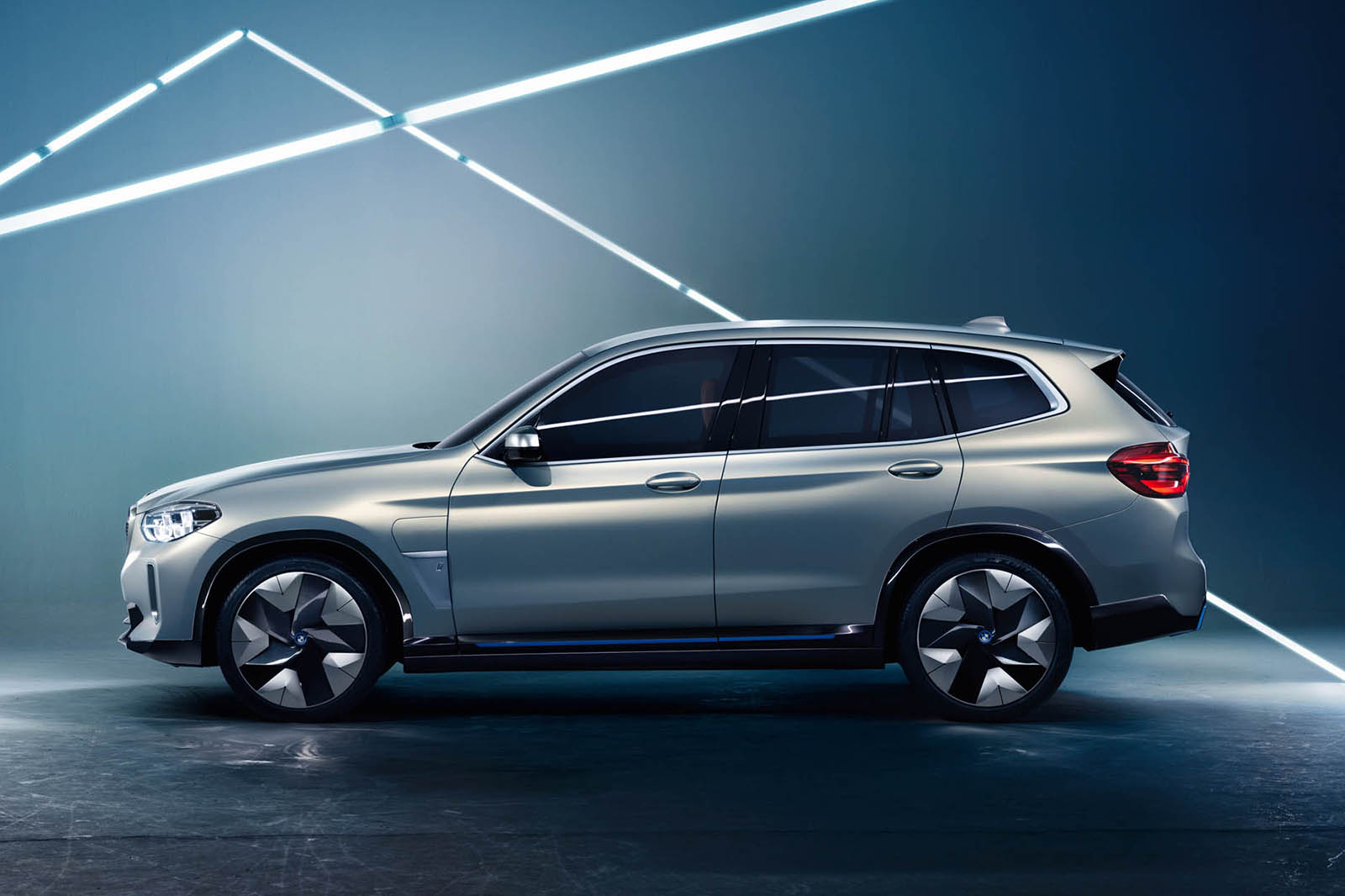 The new electric motor develops more than 270bhp and the battery is claimed to possess an overall capacity of over 70kWh. Together, they are claimed to provide the new SUV with an overall range of more than 249 miles on the latest WLTP cycles.

Although BMW has not yet confirmed details about the drive method chosen for its latest electric-powered model, the X in the Concept iX3’s name suggests the production version will receive permanent four-wheel drive.

As with the upcoming Audi E-tron, the new iX3 features a control unit that permits its battery to be charged at so-called fast-charging stations generating up to 150kW. This, says BMW, allows it to be fully charged in just 30 minutes. 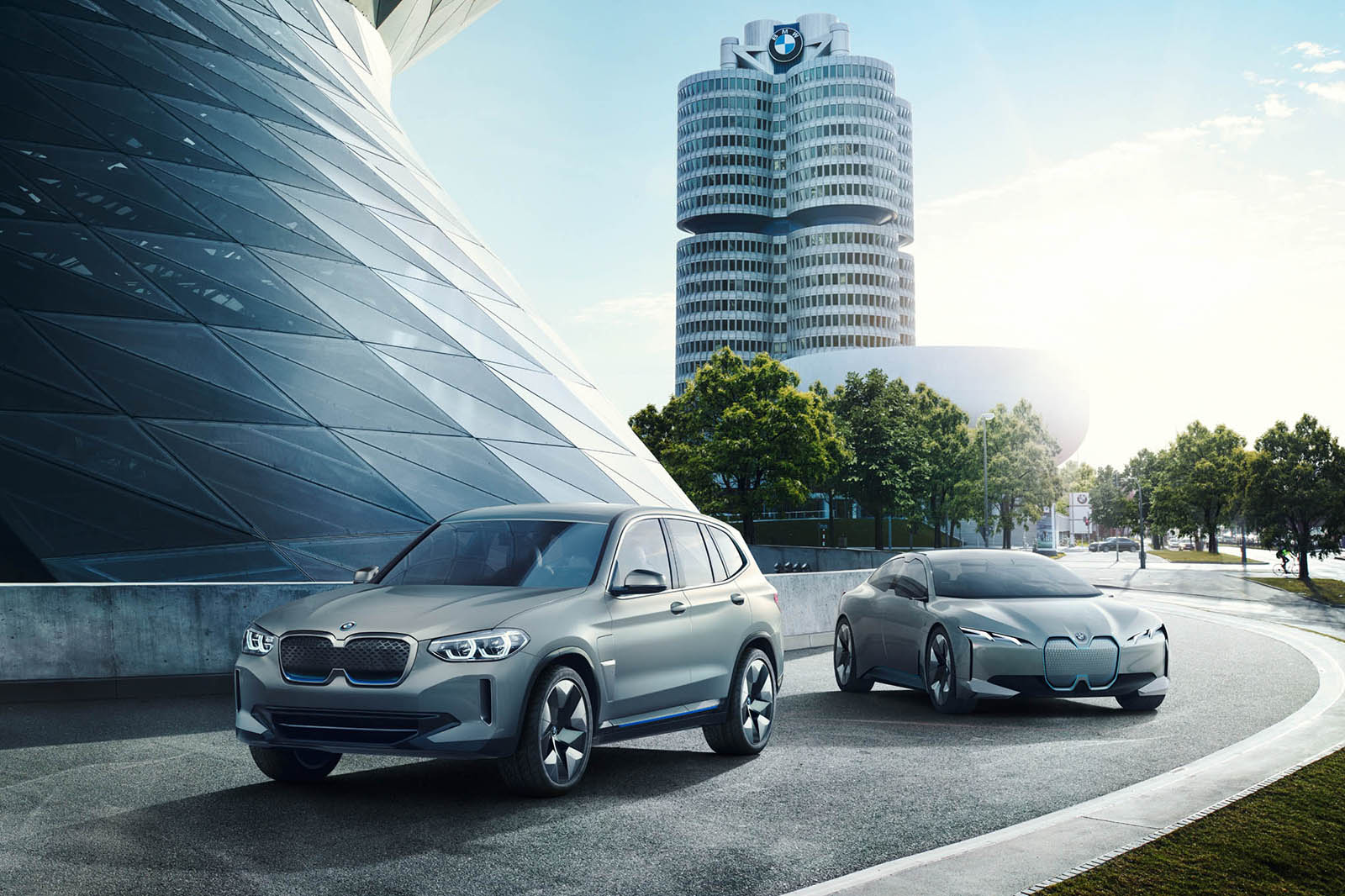 Further details made official by BMW at the launch of the iX3 reveal its powertrain is distinguished by a more compact design than that used by the existing i3, with the electric motor, transmission and power electrics grouped together in a single component.

In a breakthrough that will allow it to significantly reduce production costs over the unit in use today, BMW also says its new electric motor can be produced without any rare earth materials.

Give the car a chance

Not everyone wants a car that looks totally different to everything else. The styling of this new BMW may not set the world on fire, but it will probbaly fit the bill for many people. It may also have a decent towing capacity. The Jag I-pace can tow all of 750kg ! People bang on about electirc cars should be different because there is so much more flexibility with packaging. Well in many ways there is not. You still need the drive motors instead of a regular transmisison and diffs, you need cooling and heating systems, you need the much larger battery instead of a fuel tank. With regard to batteries it is less simple than a fuel tank. Fuel tanks can be easily made into all sorts of strange shapes to utilise otherwise wasted space, whereas batteries need to be in one or two large modules which are very strong, and have the required heating and cooling systems within them. The obvious place for these is under the floor. Modern crash tests dictate that you need a reasonable amount of bonnet space, just to allow sufficient areas for crumple zones. You might as well use teh space there for all the ancillary electronics, heatin/coling systems, steering, possibly a heat pump and any other components such as air suspension compressor. Time will tell, but I think many people actually want a standard looking car. For those who don't, buy an I-pace. At least there is now the choice!

And surely this is smaller/cheaper than an iPace?