BMW's four-door M8 gets up to 616bhp in Competition form, and squares up against the Porsche Panamera when it arrives next year
Share
Open gallery
Close
Share story

BMW's M car portfolio has been further extended by the new M8 Gran Coupé, first demonstrated to the public at the LA motor show before UK cars arrive in early 2020.

The M8 Gran Coupé sits alongside the two-door M8 Coupé and Convertible models and is pegged as a rival for the Mercedes-AMG GT 63 4-Door. The four-door variant is powered by the same 4.4-litre twin-turbocharged V8, which is available in two states of tune: the standard 592bhp car and a 616bhp Competition model - identical figures to the two-door models. 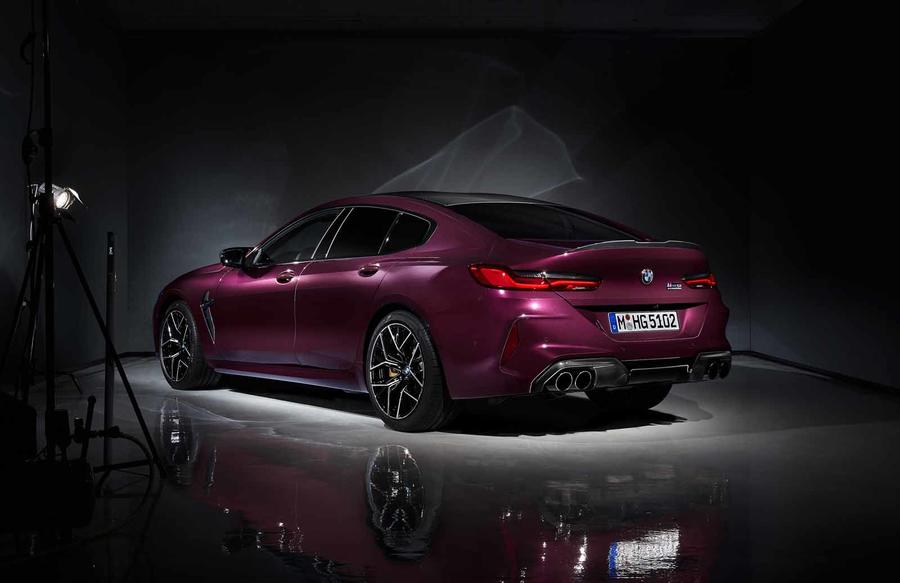 Despite the extra 200mm added to the wheelbase in order to accommodate the rear doors, BMW claims the same 0-62mph times of 3.3sec for the base car and 3.2sec for the Competition as the Coupe, too. The top speed is raised from 155mph to 190mph if the optional M Driver’s Package is specified.

Like the Coupé, the Gran Coupé comes with a variable all-wheel drive system and an Active M differential. Various modes allow the selection of a more rear-biased setup, while turning everything off allows the M8 Gran Coupe to become rear-driven only.

BMW UK will only offer the Competition variant of the M8 Gran Coupé, as with the two-door model. It’s priced from £120,935, with deliveries due to take place at the start of next year.

Munich’s M8 Coupé has all the power and tech of the M5, in a more svelte package