BACK TO ALL NEWS
Currently reading: Preview: how faster cars will shake up Formula E
UP NEXT
Hidden gems: A peak behind the scenes at Beaulieu

Preview: how faster cars will shake up Formula E

The introduction of a new, more powerful car, will mean a new start for the electric single-seater championship
Open gallery
Close

The fifth season of Formula E starts this weekend in Riyadh, Saudi Arabia – but it really marks a new beginning for the electric single-seater championship.

That’s due to the arrival of the new Gen2 race car, which is more powerful and features a larger battery, increasing speeds and allowing cars to complete an entire race without pitstops.

Here’s what to watch for this season.

The ABB FIA Formula E Championship's new Gen2 car, officially called the Spark SRT05E, replaces the Spark SRT_01E that has been in use since the inaugural season in 2014-15.

Aside from new styling, aerodynamics and safety systems (including a halo cockpit protection device), the most notable change is that the cars will be more powerful.

Since Formula E’s second season, teams have been allowed to build their own powertrain with a maximum of 180bhp (240bhp in boost mode), but for the new car that has been increased to 250bhp (335bhp in boost mode).

The Gen2 also features a new McLaren Applied Technologies-built 54kWh battery, replacing the 28kWh unit in the old car. The extra power means that cars can now last for the entire race, ending the need for mid-race car swaps. The Gen2 machine also gets a new brake-by-wire system that improves regenerative braking.

The new battery weighs 385kg, compared to 320kg previously, but with weight savings made elsewhere, the minimum weight of the cars has been increased by only 20kg, to a total of 900kg.

The new machines run 18in Michelin Pilot Sport All-Weather tyres, which are designed to last for an entire race weekend.

For Formula E’s first four seasons, the length of each race varied. With the bigger batteries ensuring that drivers no longer need to switch cars mid-race, events will now last for 45 minutes plus one lap.

To use it, racers must drive through a special ‘activation zone’ marked on the track off the usual racing line. They then receive an extra 34bhp of power. The duration of that boost mode and the number of times it can be used each race will differ for each track.

The Fanboost system, in which drivers receive extra power based on the results of an online vote, will be expanded. Five drivers rather than three will now receive the boost, giving them an extra 34bhp for a limited period. 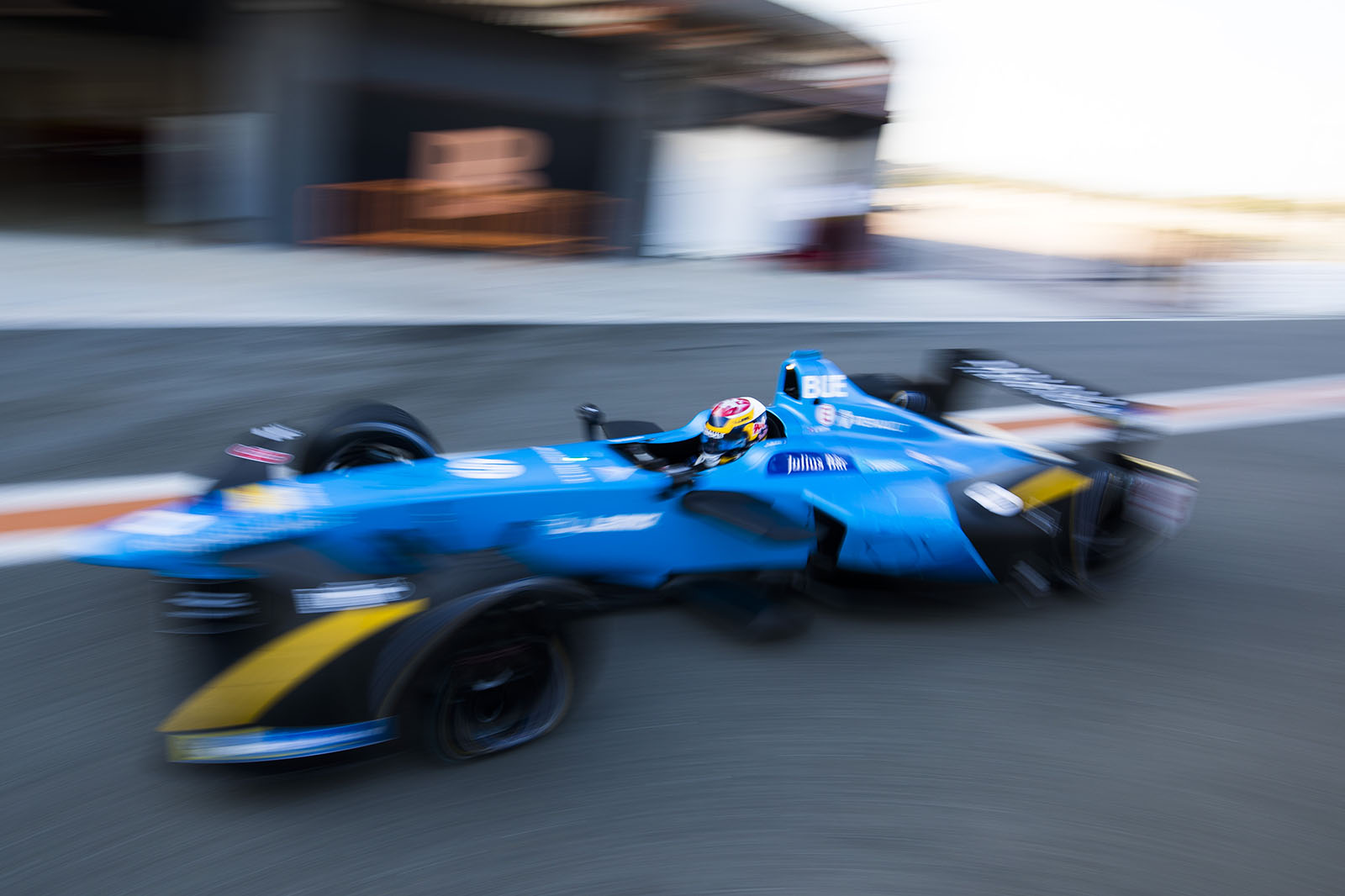 The arrival of the new Gen2 chassis and the ever-increasing focus on electric road cars has prompted a number of cars firms to enter the championship, joining existing manufacturers Audi, DS, Jaguar, Mahindra, Nio and Venturi.

BMW (taking over at Andretti Autosport) and Nissan (taking over the e.dams squad from partner Renault) will both run full manufacturer teams. Ahead of Mercedes entering a manufacturer team in 2019-20 (when it'll be joined by Porsche), its long-time motorsport affiliate HWA will enter, using Venturi powertrains.

There have been a couple of other changes: Virgin Racing will switch from DS to Audi powertrains, with Techeetah becoming DS’s partner.

Di Grassi’s late push helped Audi to claim the teams’ championship, despite a number of clashes with team-mate Daniel Abt. Both will be worth watching this year, especially with Audi determined to fend off rival BMW.

Another ex-F1 racer, Felipe Massa, will debut in the championship with Venturi, while Nissan has signed young Brit Oliver Rowland to join former champion Sébastien Buemi in its squad.

For the first time, Formula E is getting a support championship: the Jaguar I-Pace eTrophy.

The one-make series will feature a grid of up to 20 examples of the British firm's electric SUV, running in largely standard form aside from race car requirements such as a roll cage. The machines will use the standard Jaguar I-Pace's motors, which offer 394bhp and 512lb ft.

Behind the wheel of a Jaguar I-Pace eTrophy racing car

In the UK, Formula E races will be screened on the BBC Red Button service and its website, BT Sport and British Eurosport.

I wouldn't watch this if they gave away half a ton of chocolate and a night out with Kylie. Watch what happens as more manufacturers get involved. The minute VAG and Mercedes start pumping hndreds of millions of pounds into it, the costs will go through the roof and they'll completely wreck it like they did with Le Mans, the WRC and everything else they enter. If they took up tiddly winks they'd stick the things through a wind tunnel, make them out of stuff they have to deep mine from nine miles under the Pacific and pay the winkers 20 million a year.

What a load of crap.

Well I expect there to be

Well I expect there to be even more bodywork littering the tracks with these latest cars. .....
View all comments (6)