BACK TO ALL NEWS
Currently reading: Audi enters Formula E as factory team
UP NEXT
Spending 48 hours touring in a Ferrari Roma

Audi will field a factory team in the next Formula E season, taking control of front-running squad Abt Schaeffler.

The deal effectively turns Abt, already backed by Audi, into the German firm's works outside. The team will be renamed Audi Sport Abt Schaeffler for the 2017/2018 Formula E season.

“We’ve been supporting the Formula E commitment with increasing intensity in recent months – on the race days, in the development of the new powertrain and in numerous off-track activities as well,” said Peter Mertens, Audi’s technical development boss. 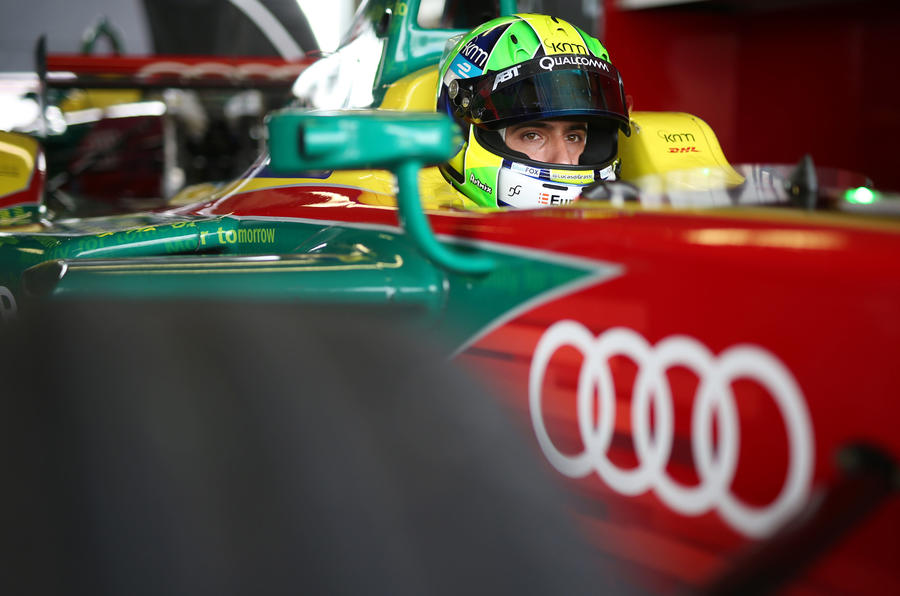 “That Audi will be the first German automobile manufacturer to be actively involved in the racing series starting next season is also a clear commitment of our brand to electric mobility, on the race track as of December and next year on the road as well with the new Audi E-tron.”

Like Jaguar and DS with their Formula E teams, Audi has said its racing outfit will benefit the development of its future electric road models. The brand’s first dedicated electric model, the E-tron SUV, is due to make production in 2019. Audi is also gearing up to produce an all-electric supercar.

Audi is expected to retain Abt’s current driver pairing of Lucas di Grassi, an Audi factory driver and former Formula 1 racer, and Daniel Abt, the son of the team's owner, Hans-Jürgen Abt.

Abt Schaeffler has consistently been a front-running team, securing five wins since it entered in the series’ inaugural 2014/2015 season. The team is currently second in the constructors' standings, with di Grassi second in the drivers' title race.

Audi has ramped up its Formula E involvement following its recent departure from the World Endurance Championship (WEC) and Le Mans, where it had raced in the top class for 18 years.

The move was linked to cost-cutting by Audi's parent company, the Volkswagen Group, in the wake of the Dieselgate scandal. The Audi WEC team's 300 employees shifted their focus to the firm's other motorsport projects, including Formula E.

The current season of Formula E next heads to New York for a double-header weekend on 15/16 July.

The most boring of all motorsports (except maybe Nascar). Just demonstrates how far EVs have yet to go before they can compete with the ICE.

Audi should start soap-box racing if they want to keep the greens happy.

The most boring of all motorsports (except maybe Nascar).

I own a NASCAR - trust me, it's not boring. The sound is unreal.

Formula E is the dullest form of motorsport since snail-pulled Match box cars. "The cars are so fast and the racing so exciting blah blah blah." Still, now that Audi are involved the costs will go through the roof and they can all can get ready for financially ruinous, utter domination. Hopefully it will then tank and go away.