BACK TO ALL NEWS
Currently reading: The car manufacturers of Formula E
UP NEXT
MST Mk1: Is this the ultimate rally recreation?

Mercedes-Benz's announcement of its intention to enter Formula E is the latest in a string of road car brands who have committed to the all-electric motorsport series.

With the third season of the series due to get underway in Hong Kong this weekend, we look at the manufacturers currently on the grid, and those who are soon to join them. 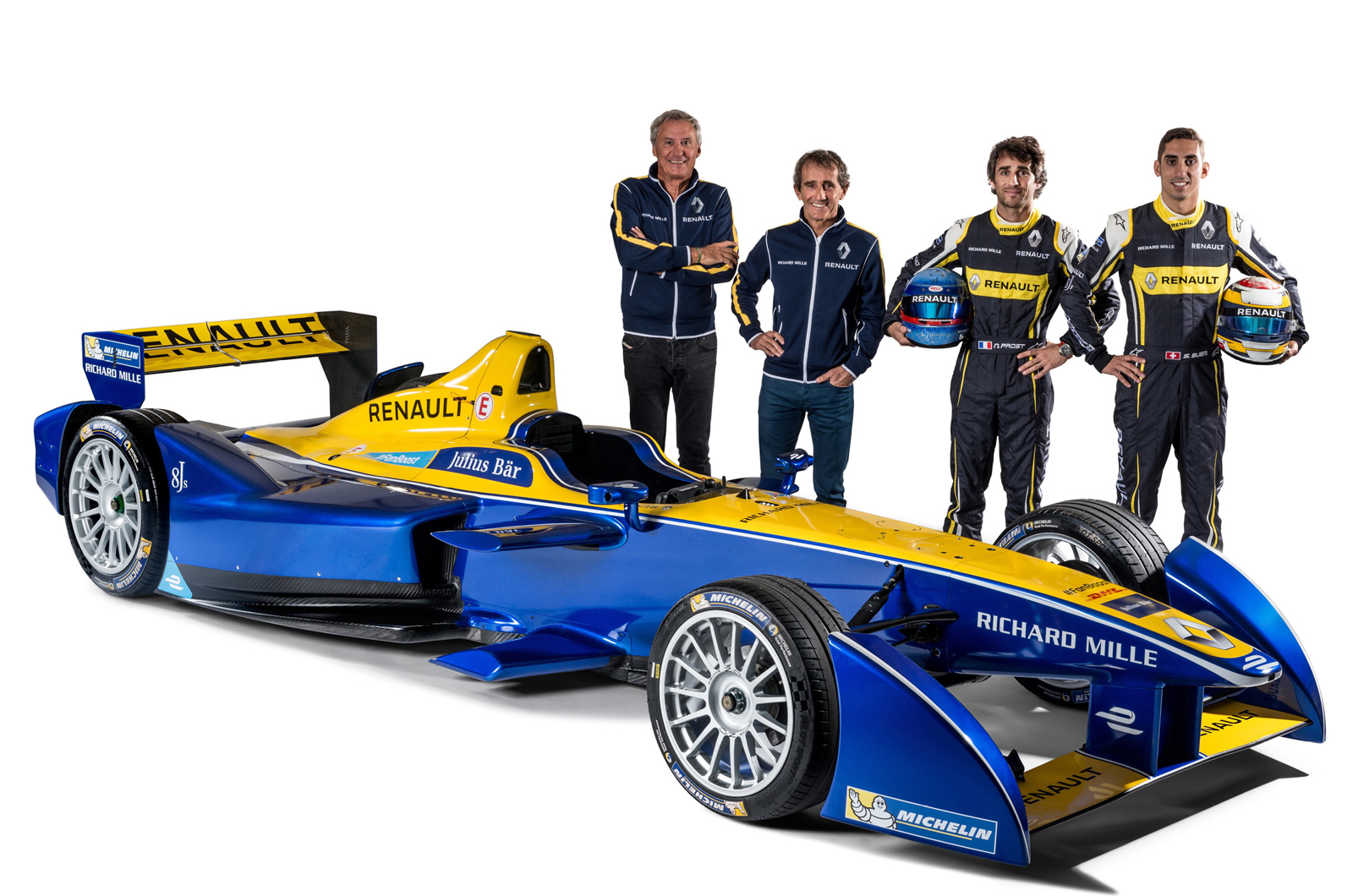 Renault's is the most successful Formula E team, having won two titles; one under each of its drivers, Nicolas Prost and Sébastien Buemi. Founded by Formula 1 legend Alain Prost and DAMS founder Jean-Paul Driot. Renault is well-prepared for Formula E with its comparatively long history of electric cars, and an electric powertrain designed in-house by Renaultsport F1. 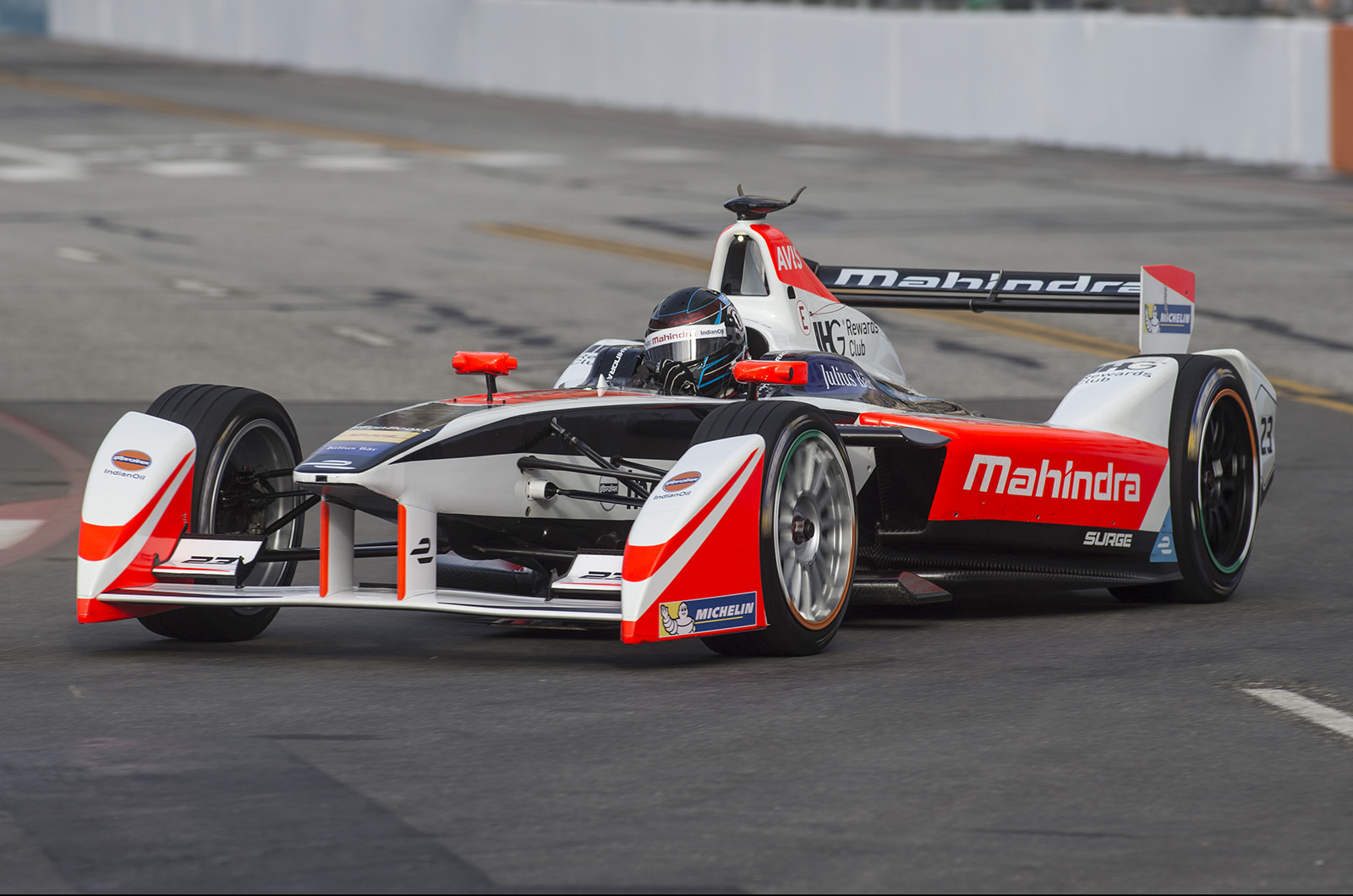 Indian car giant Mahindra – whose UK car presence includes Ssangyong and the all-electric Mahindra e2o – has been participating in Formula E since the 2014-2015 season. This season, it has replaced Brazilian driver Bruno Senna with Swede Felix Rosenqvist, who joins German F1 veteran Nick Heidfeld at the team. Little-known car manufacturer Venturi, originating in Monaco, has competed in Formula E since the 2014-2015 season, as well as having recently taken the electric land speed record. The team is owned by Venturi boss Gildo Pallanca Pastor and Leonardo DiCaprio (yes, that one). German Maro Engel and Frenchman Stéphane Sarrazin are Venturi’s Formula E drivers. 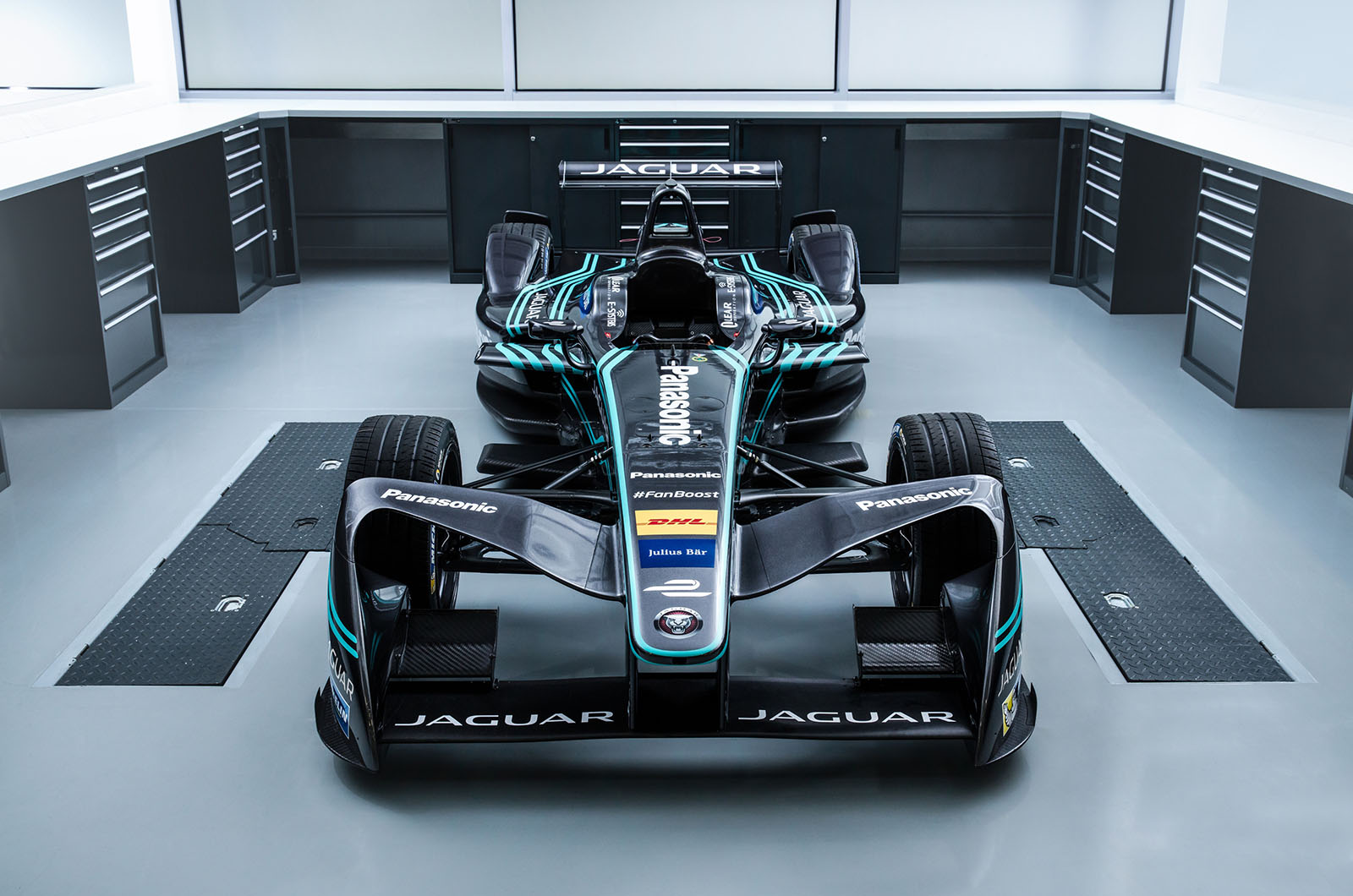 Jaguar recently announced the official launch of its factory Formula E team for the 2016-2017 season after a motorsport hiatus of more than a decade. The technology that Jaguar develops in its Formula E effort will undoubtedly influence its upcoming electric cars, including an all-new, all-electric SUV. Briton Adam Carroll and 21-year-old New Zealander Mitch Evans will be driving the Jaguar cars. 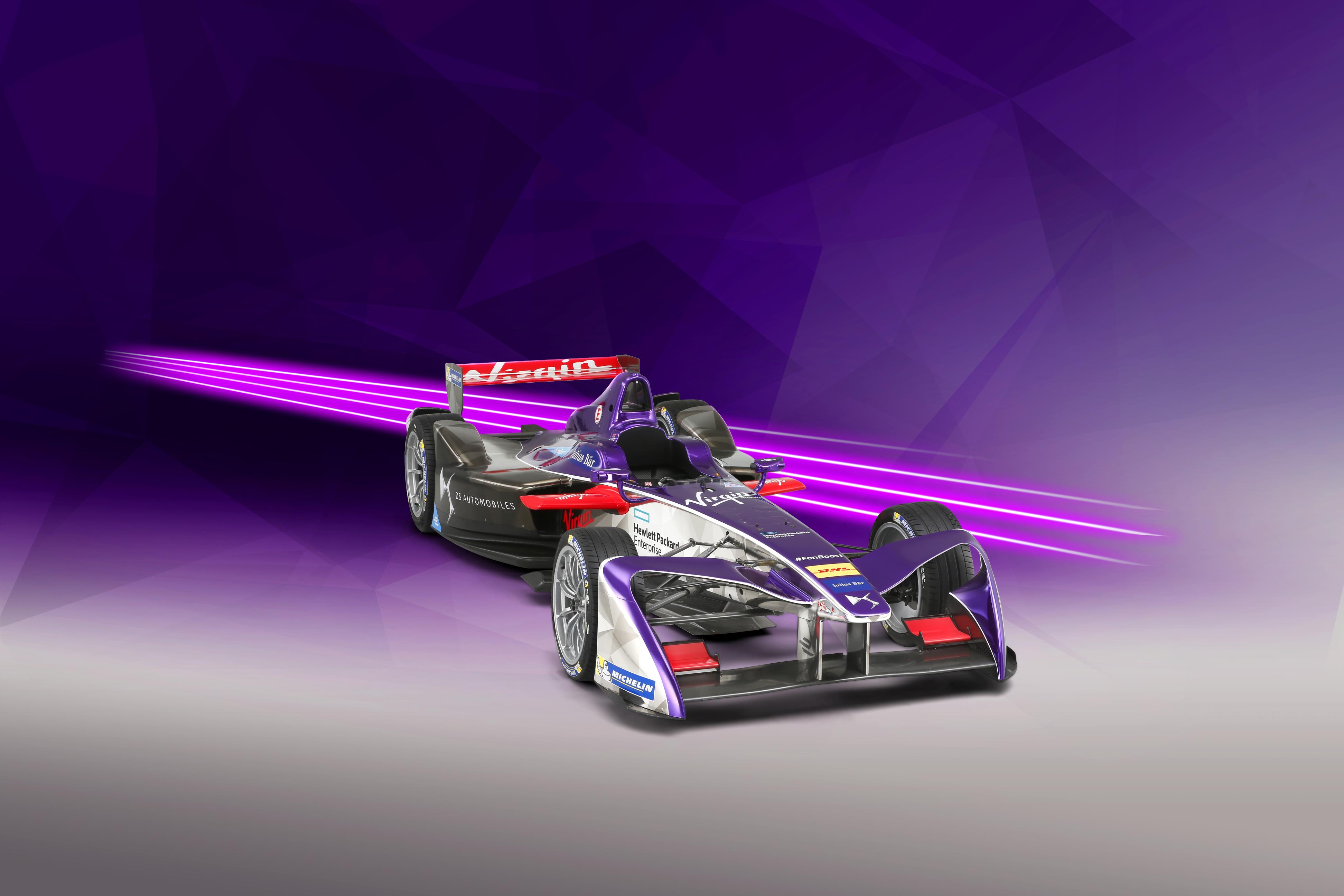 PSA’s upmarket DS brand also competes in Formula E, having entered the race series in the 2015-2016 season. Like many of its competitors, DS has entered Formula E to develop its electric car technologies for road cars, as well as reach new potential customers, according to CEO Yves Bonnefont. Britain's Sam Bird and Argentinian José María López drive for DS in Formula E. 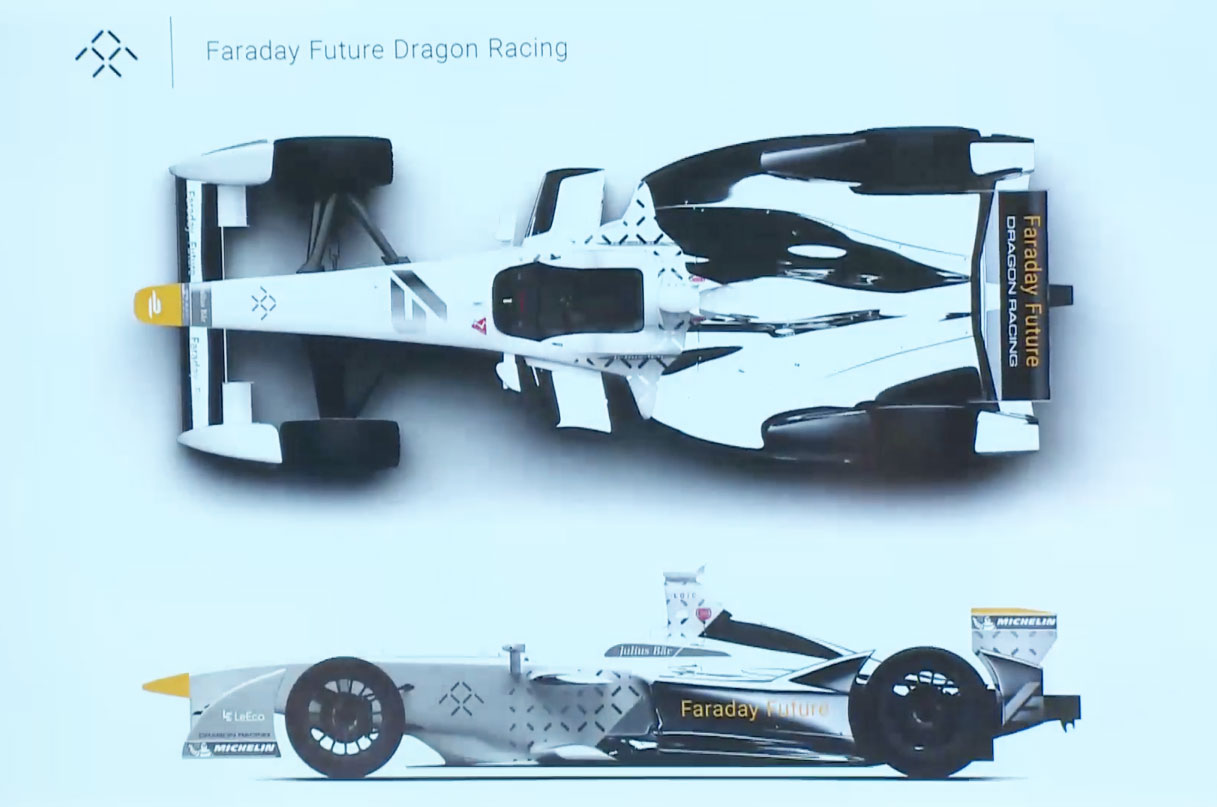 Although not an official road car maker yet (its first car is due soon, though), Faraday Future has been an entrant in Formula E since its beginning in the 2014-2015 season. Its future model of electric vehicles will be heavily influenced by its Formula E operations too, as is evident in its FFZERO1 concept, first shown earlier this year. Belgian former F1 driver Jérôme d'Ambrosio and Frenchman Loïc Duval are FF’s two drivers. 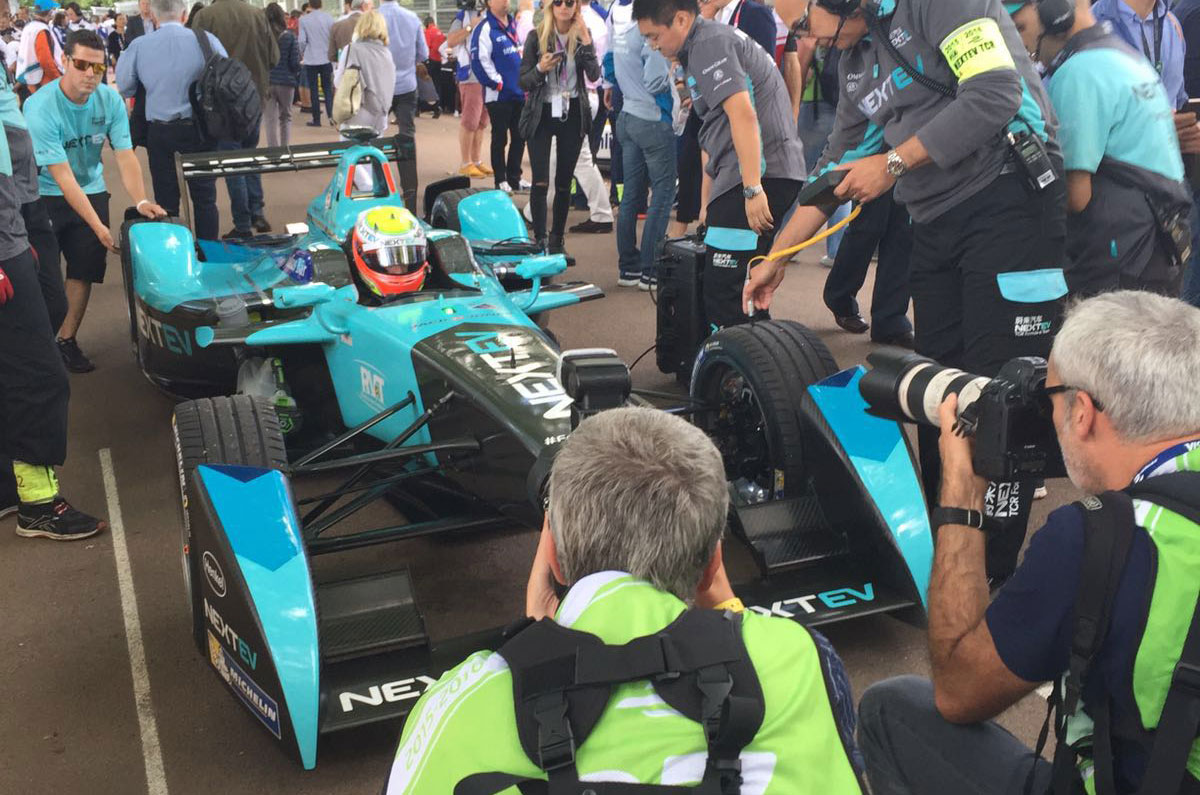 Another not-just-yet road car brand competing in Formula E is NextEV, whose first model will be an ambitious £1 million electric hypercar. Its 1000kW – 1340bhp-plus – motor will benefit from technologies honed in competition in Formula E, and the model will be one of the fastest accelerating cars in the world when it reaches production. Brazilian Nelson Piquet Jr. and Briton Oliver Turvey make up the brand’s team of drivers. 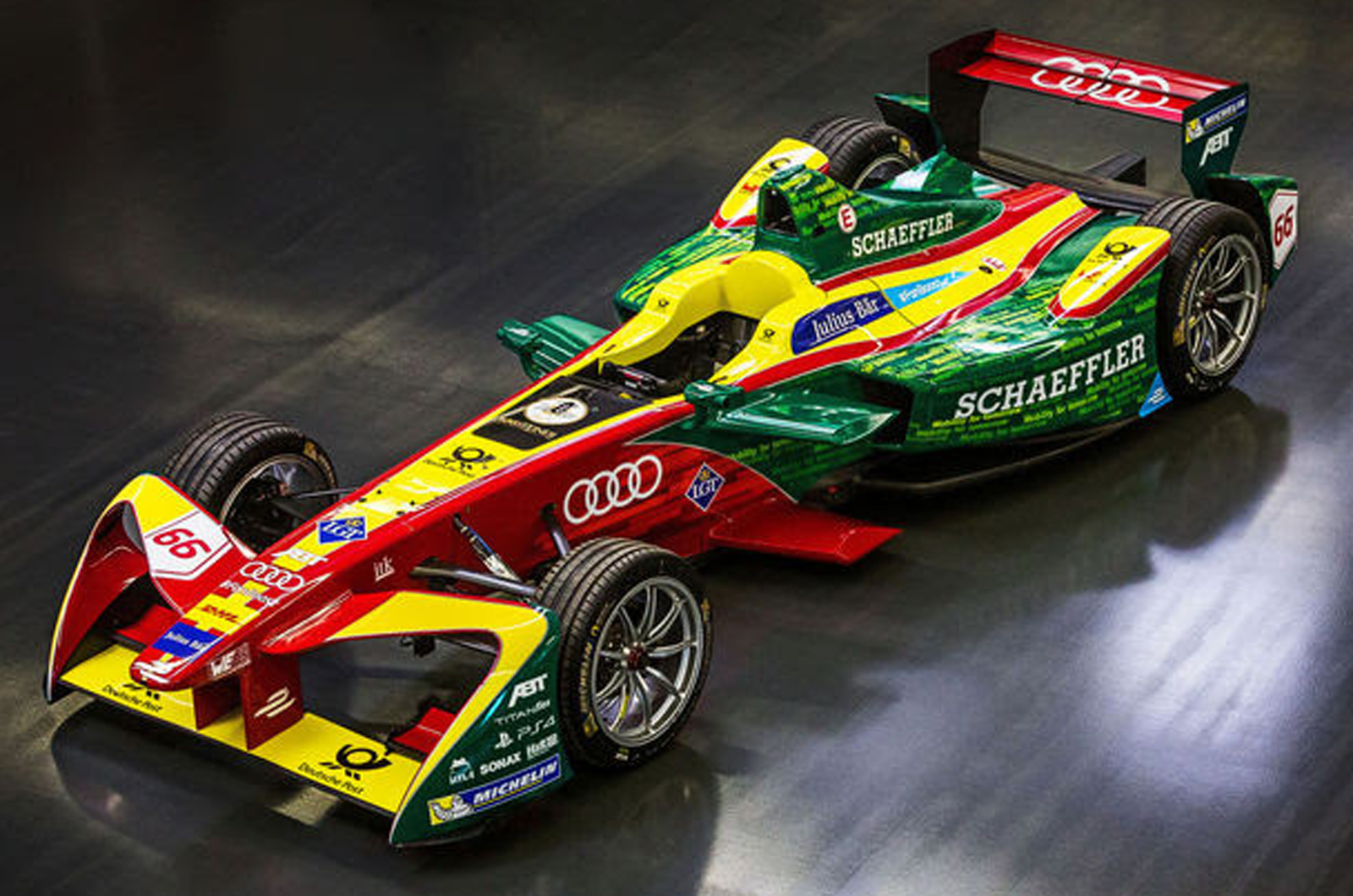 Although Audi’s Formula E outfit won’t be a factory operation until the 2017-2018 season, Audi has ramped up its involvement in the ABT Schaeffler Audi Sport team until then, with added ‘financial and technical support’ for the team in the upcoming 2016/2017 season. It’s not known if the drivers will change with the transition to a factory team, but for the 2016-2017 season, Brazilian former F1 driver Lucas di Grassi and German Daniel Abt will be driving the racers. 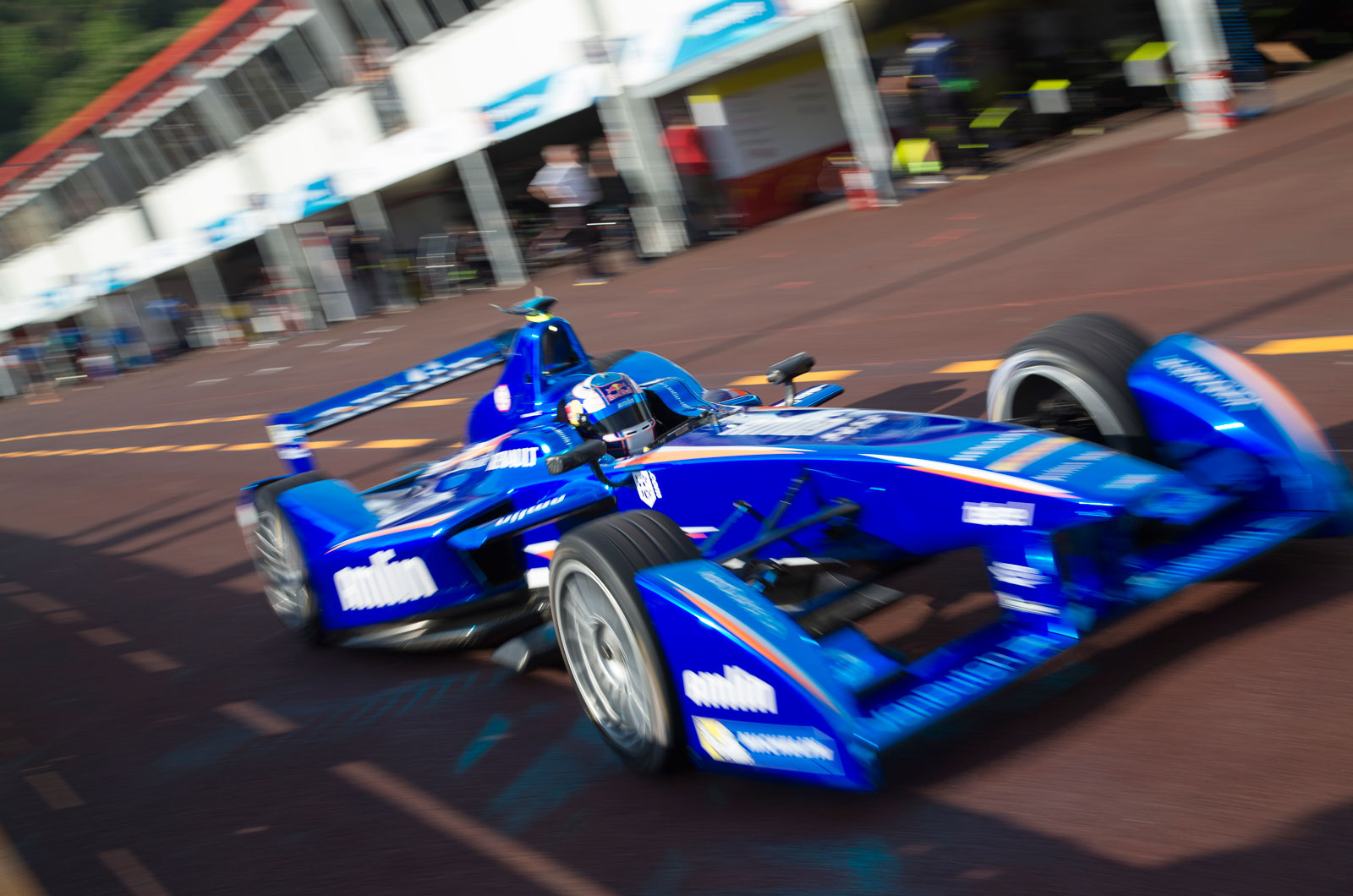 BMW has a shoe-in to the Formula E world with its co-operation with the Andretti Formula E team, announced earlier this year, and is another carmaker with a raft of electric models on the way, as is proven by its recent activity surrounding its i electric sub-brand. BMW’s sales and marketing boss, Ian Robertson, has previously hinted at a full factory effort, although this is expected to take effect after the current season finishes. 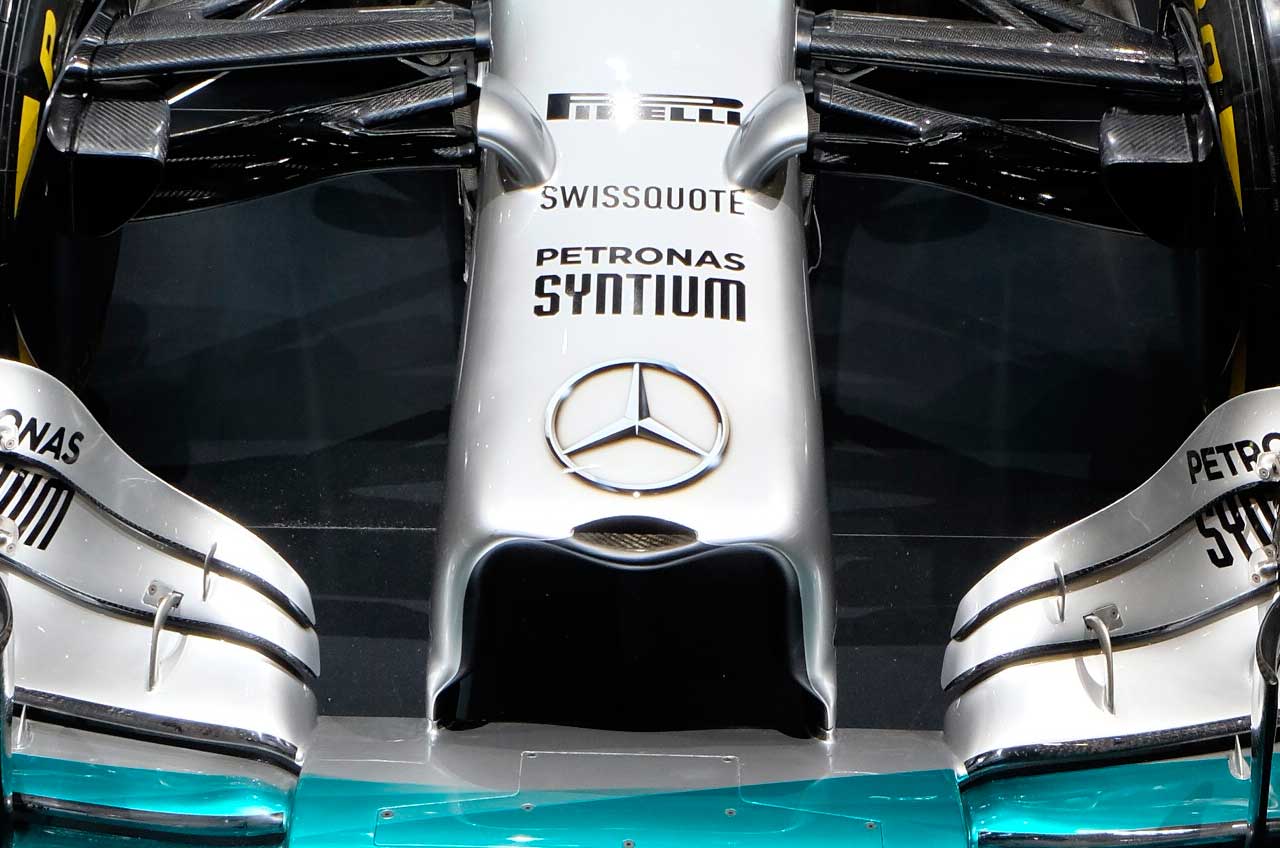 Pending approval from the FIA, Mercedes Grand Prix Ltd will be able to take one of the two new team slots due to be made available in the electric series’ fifth season. Mercedes already has a prestigious Formula 1 outfit, but with a new range of electric cars on the way spearheaded by the Generation EQ concept revealed at the Paris motor show, it’s likely that Mercedes will join the ranks of other carmakers looking to improve their EV tech ahead of their first electric cars’ launches. 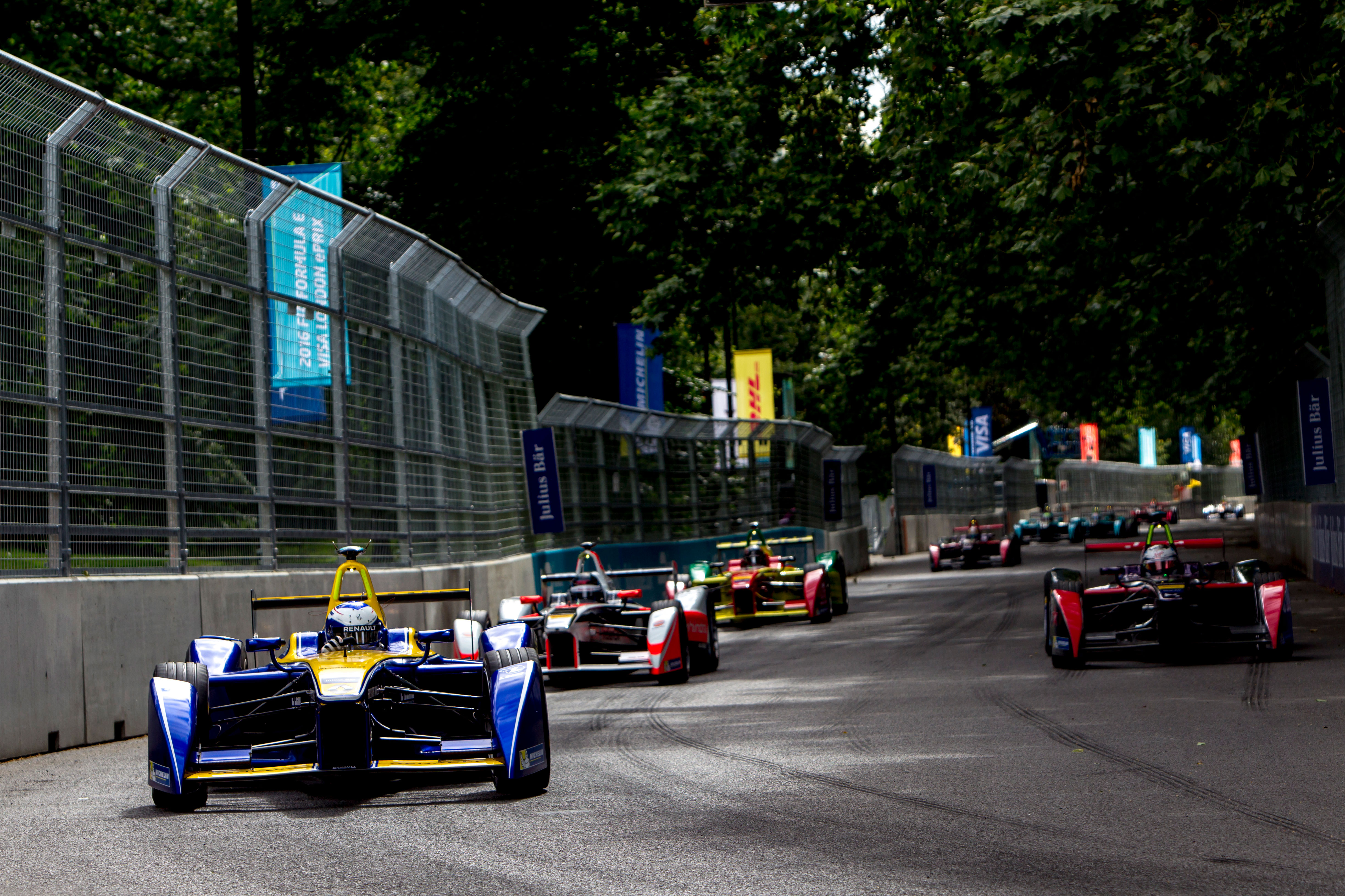 With its newly acquired Polestar performance division, Volvo has also been looking into getting involved in Formula E. Volvo is part of the advisory board for Formula E and a spokesperson confirmed to Autocar that while there are no immediate plans to enter, it remains a possibility for the brand. As it stands, the Swedish brand is one of the few large premium segment manufacturers not involved in racing in Formula E.

I do wonder whether the attraction of so manufacturers to Formula E will signal the death knell for the P1 class in the WEC. Since Nissan announcement's a few years, no other manufacturer has decided to enter P1 while Nissan gave up after one ill-fated race. While the top cars in the P1 class concentrate on hybrid power as opposed to pure EV there's clearly something in Formula E that is more of a draw than the WEC while it seems the drivetrain technology in Formula E appears more relevant than what is being developed in the WEC. Sure, the GT class is proving popular in the WEC but does P1 appear to be on its last legs, especially if Audi to call time after the 2017 season. Perhaps it's the eye-watering F1-rivalling cost of designing, maintaining and racing P1 cars for a season. And with the WRC looking like its going through a resurgence and Formula One not looking like it'll lose any manufacturers in the near future, the future of P1 doesn't look rosy.