BACK TO ALL NEWS
Currently reading: Nio EP9 electric supercar demonstrated at Goodwood
UP NEXT
Spending 48 hours touring in a Ferrari Roma

NextEV's Nio EP9 electric supercar has taken to the Goodwood Festival of Speed hill climb to demonstrate what its 1360bhp powertrain can do.

Despite coming from a Chinese company, the model has many ties to the UK, with British engineering expertise being instrumental in putting the car into limited production. NextEV’s team of engineers are located in Begbroke, Oxfordshire, where the two-seater was designed and built using knowledge and some components from the company's Formula E racer.

NextEV has shipped the six EP9s (EP stands for Electric Prototype) to China, where they have been used as high-speed demonstrators for thrill-rides around the Shanghai International Circuit to pave the way for a new premium electric saloon that NextEV will launch in China. The car will be badged ES8, which stands for Electric Saloon 8.

Each EP9 cost $1.2 million to make. The model is built around a carbonfibre centre tub and uses panels manufactured by Huntingdon-based Forward Composites.

"We are using many British partners and expertise derived from the Formula E on the EP9," said engineering chief Gerry Hughes. 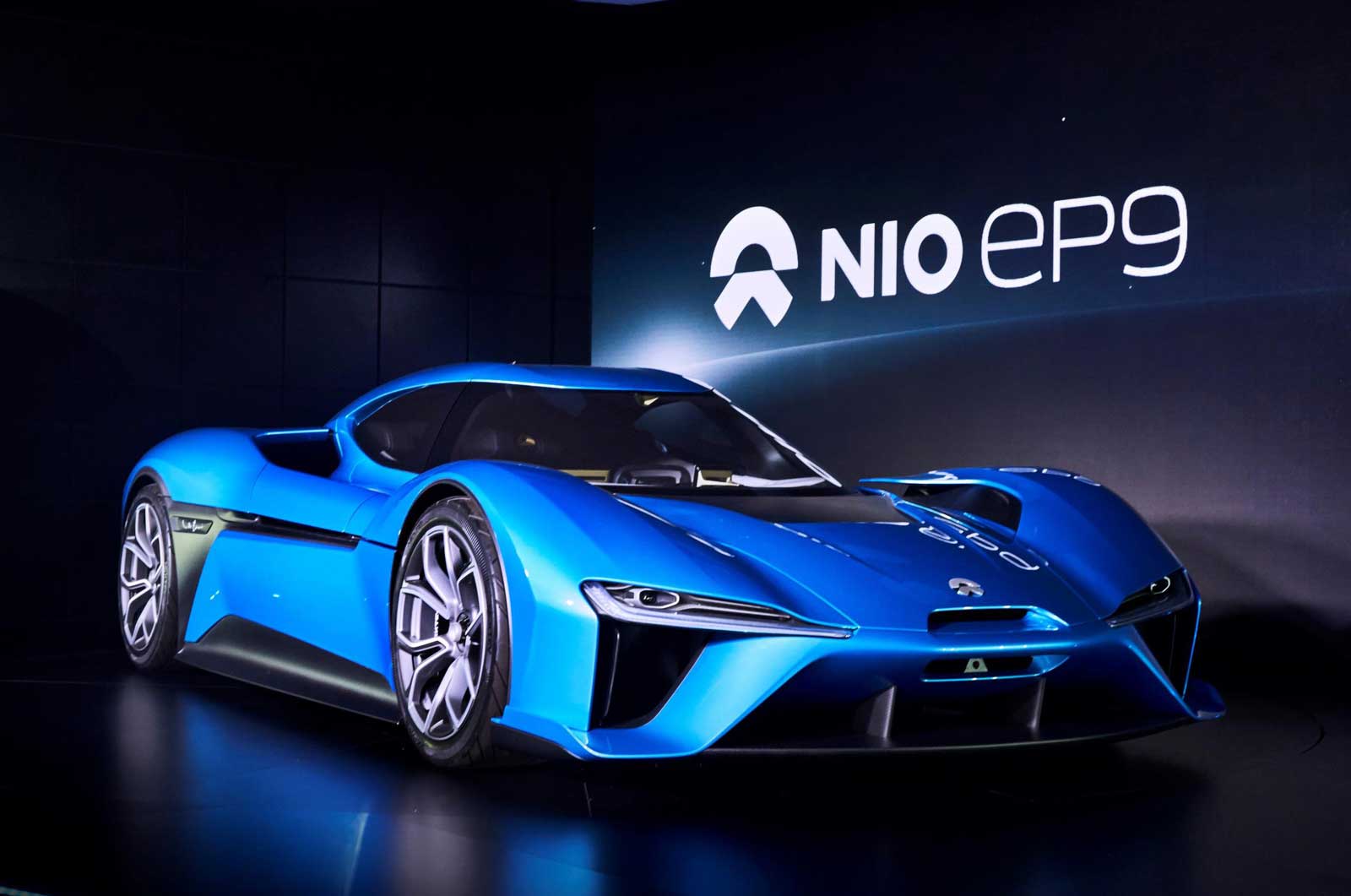 Details of the EP9’s battery chemistry are being kept secret, although it's said to be a liquid-cooled 100kWh lithium ion unit and of a different design to the Williams F1-supplied stack that powers all Formula E cars.

It powered the EP9 to an EV lap record at the Nürburgring with Formula E racer Nelson Piquet Jr at the wheel (see the video below), although the power output of the stack had to be limited to avoid overheating the cells during the run.

The EP9 has also given NextEV’s newly set up design and engineering team a project to cut its teeth on.

The design and engineering centre in Munich is headed up by former Ford and BMW i designer Kris Tomasson and the Nio project was led by exterior chief David Hilton, ex-Ford and Bentley, and interior chief Jochen Paesen, ex-head of interiors at BMW i.

The team was put together by the late Martin Leach, and the Nio EP9 will be one of the last cars he was involved with before he sadly passed away in 2016.

NextEV’s move into the mainstream car business comes early next year when it will reveal the ES8, an electric premium saloon, which will be pitched in China as a BMW and Audi alternative for private buyers.

A factory with capacity for 100,000 units is being set-up with joint-venture partner, JAC. The car will have an aluminium body and a choice of battery chemistries – one from a Chinese supplier and one from an overseas supplier.

Sales in Europe are possible, but not yet confirmed, and NextEV won't yet commit to global engineering homologation to include European standards.

Must be like to visit here this nice post get windows 10 where is control panel and find the all data in system for working opreate.

They are Prototypes and prototypes cost a lot