BACK TO ALL NEWS
Currently reading: 2019 Porsche 911 Speedster: UK prices and specs revealed
UP NEXT
Rodin FZero: V10 weapon aims to be world's fastest car

Porsche has released UK-specific details of the 911 Speedster: a retro-inspired send-off to the outgoing '991' generation of the sports car.

The Speedster is now available to order here priced from £211,599 inclusive of VAT, almost exactly £100,000 more than the existing GT3.

First revealed in production form at last month's New York motor show, the soft-top Speedster is the first to be developed by Porsche's motorsport division. It arrives with the same 4.0-litre flat-six as the current 911 GT3 and GT3 RS, and receives individual throttle bodies similar to the 911 GT3 R race car for improved response under acceleration.

The naturally-aspirated engine revs to 9000rpm, develops 503bhp and 346lb ft of torque, and is paired exclusively with a six-speed manual gearbox. The Speedster promises a 192mph top speed and can crack 0-60mph in 3.8 seconds. 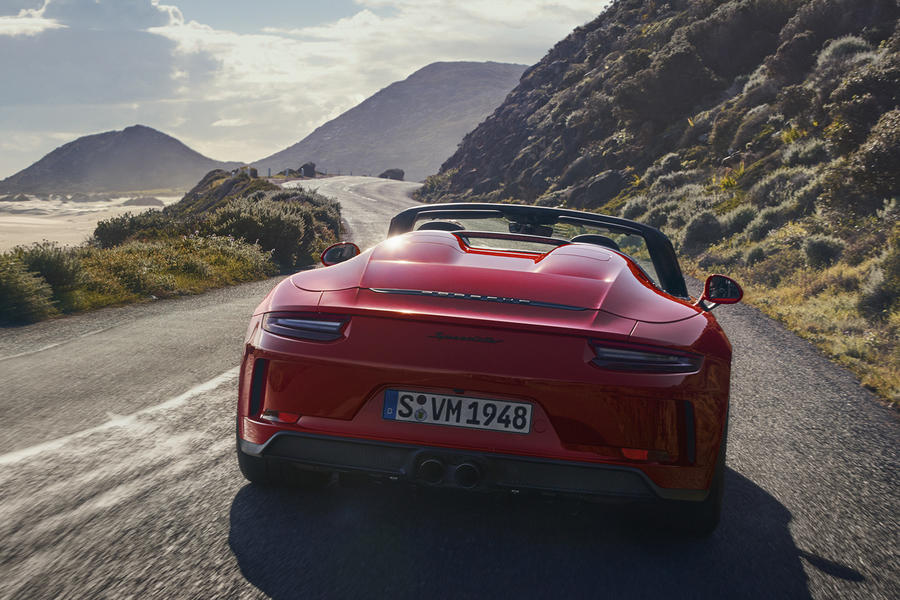 The performance-focused Speedster uses a chassis based on the current GT3, with which it shares the same rear axle steering, dynamic engine mounts and 20in centre-lock alloy wheels. It has a low-cut front windscreen and twin streamliners behind the cabin that have become emblematic of the Speedster range.

Weight saving measures include manual operation for the fabric roof, and ceramic brakes are standard. Body panels, including the front luggage lid, are made from carbon fiber composite, and air conditioning is omitted as standard (though it can be added back in as a no-cost option). Lightened door panels inside the cabin help reduce weight further, with fabric door pulls and cargo nets helping the Speedster to weigh in at 1465kg.

Originally teased last year in concept form for Porsche's 70th anniversary, this latest model now becomes the ninth 911 to bear the Speedster name. It becomes the final form of the 991-generation 911, the 992-generation model having launched at the end of 2018. 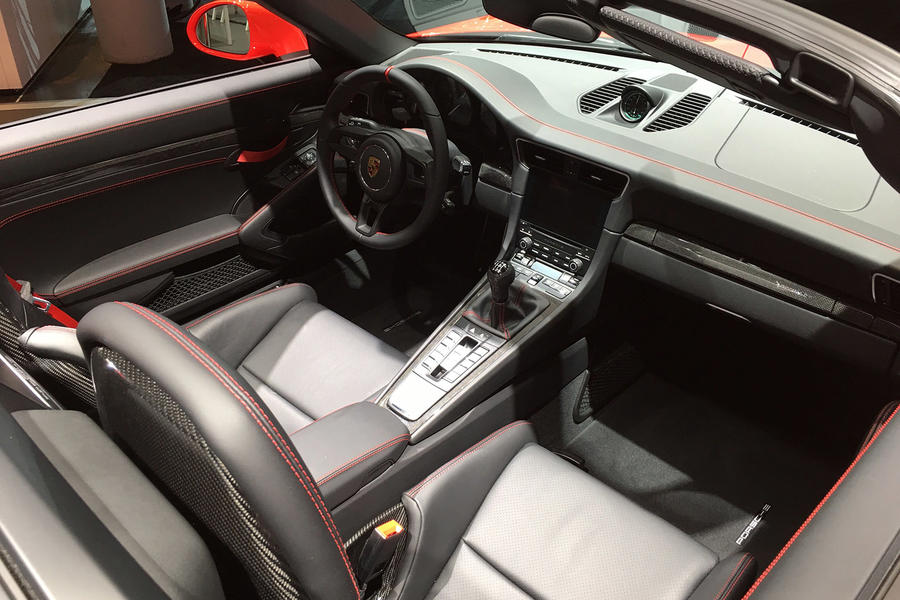 The Speedster will be limited to just 1948 examples, in a nod to the year the Porsche 356 first went on sale. That number is significantly higher than for the 997-generation car that was the last to carry the Speedster name; just 356 were produced, using an engine shared with the 3.8-litre Carrera GTS. 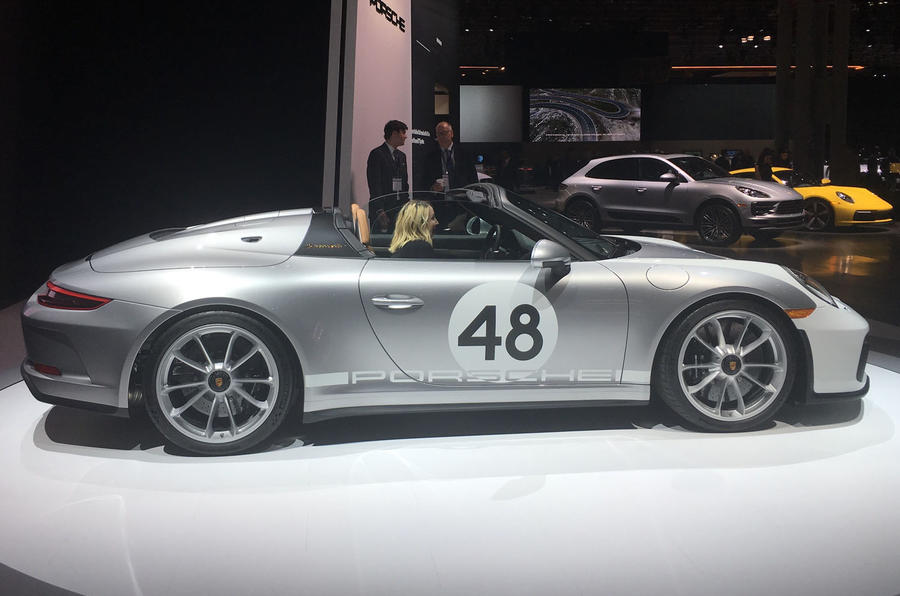 Buyers of the 911 Speedster can opt to add the Heritage Edition trim, also on display, which comprises exterior decals inspired by the 356 racers of the 1960s, satin grey wheel paint, black brake calipers and a retro-inspired brown leather interior. The design pack add a full £15,302 to the price of the car.

Will be interesting to see how they do over time price wise. It has a lot of other special editions now to compete with, both inhouse and externally.

I'd be happy to have the GT3 and save money, it will slowly depreciate but not too badly and you can happily use it, which it is all about

Porsche proving once more why it is an example to anyone wanting to build a business. First, create a demand for a niche product. Second, deliberately undersupply the market. Third, inflate the MSRP accordingly, and finally count the cash as it pours in. That said, its a fair looker, less useful than a GT3, but more exclusive. Collectors special.....again!

Somewhat on subject. A friend who does a lot of track time at Sebring and Miami in his GT3 recently looked to trade it back to the supplying Porsche dealer against a 2019 GT3RS. His GT3 had 39k miles no accidents but regular track time. He was unable to get what he considered a sensible offer from the dealer who stated 'customers want non tracked GT3's when buying used, we would struggle to retail it'!

Would say this though...

Somewhat on subject. A friend who does a lot of track time at Sebring and Miami in his GT3 recently looked to trade it back to the supplying Porsche dealer against a 2019 GT3RS. His GT3 had 39k miles no accidents but regular track time. He was unable to get what he considered a sensible offer from the dealer who stated 'customers want non tracked GT3's when buying used, we would struggle to retail it'!

Your friends dealer wasn’t doing his job, he made no suggestions I assume to try selling it through a Porsche Club, there’s bound to be loads of them wherein there might be an interested party who also do Track days and aren’t bothered if it’s done track stuff, they know what to expect, and I assume your friends valuation of his car was realistic?