The Porsche Cayenne Coupé has been revealed, with the rakishly restyled version of the brand’s largest SUV taking direct aim at the BMW X6 and Mercedes-Benz GLE.

Key styling changes include the adoption of a shallower windscreen and a more heavily curved roofline that extends back to form an integral part of a large liftback-style tailgate.

Redesigned rear doors and wider bumpers increase overall width by 18mm, while the rear numberplate has been repositioned into the rear bumper. 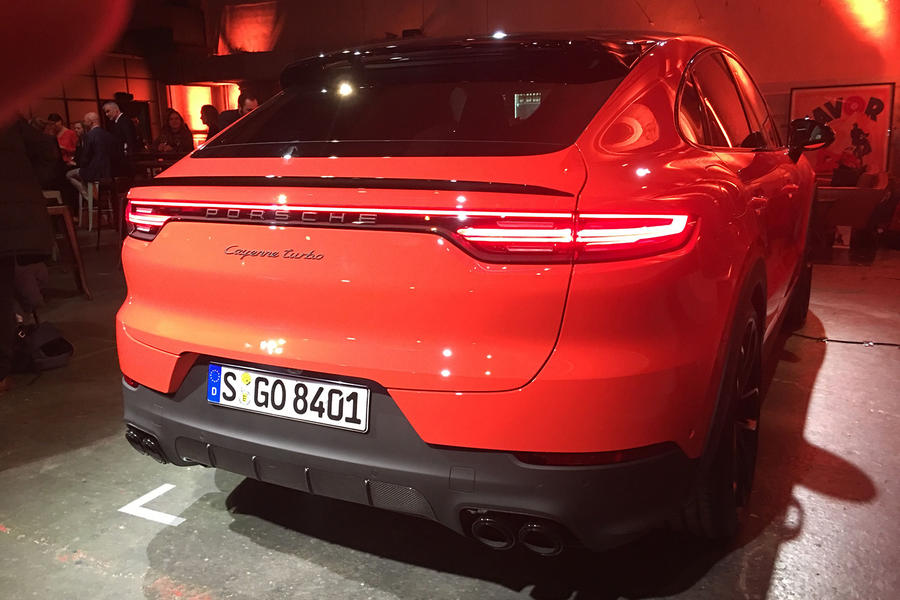 As with the regular Cayenne, the Cayenne Coupé has an active rear spoiler element. It works in combination with a roof spoiler, extending by 135mm at speeds above 56mph to provide added downforce.

“The Coupé includes all the technical highlights of the current, third-generation Cayenne but has a design that is more progressive, athletic and emotional,” said Porsche boss Oliver Blume. 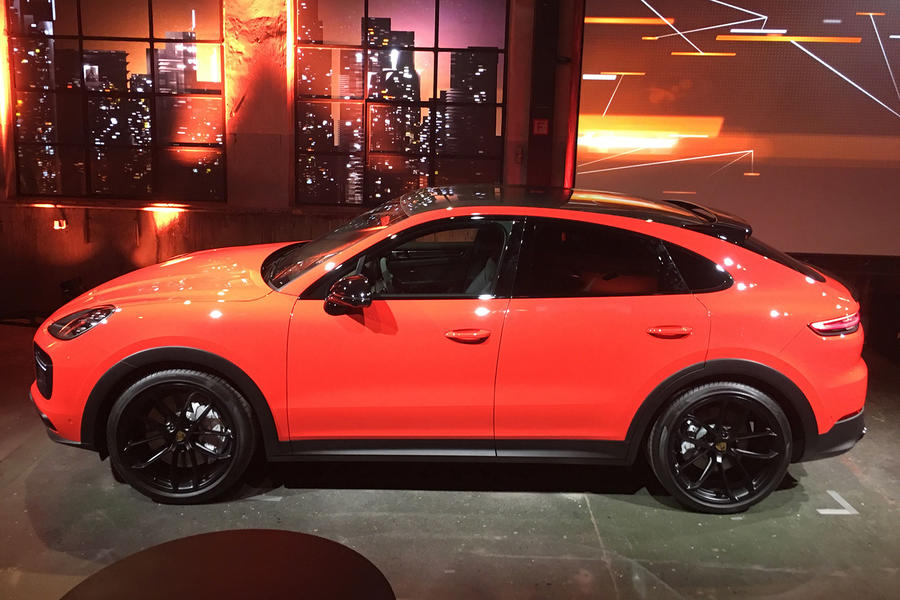 Rear occupants sit 30mm lower than in the Cayenne, freeing up more rear head room despite the sloping roofline, according to Porsche.

Boot capacity is put at 625 litres, rising to 1540 litres when the rear seats are folded down. This is 145 litres and 170 litres less than the Cayenne. The Cayenne Coupé Turbo has slightly less space, at 600 litres and 1510 litres.

By comparison, the soon-to-be-replaced BMW X6 and the Mercedes-Benz GLE Coupé have 550 litres and 690 litres of boot space respectively. 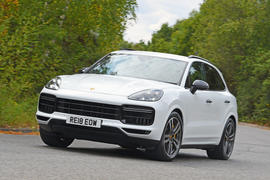 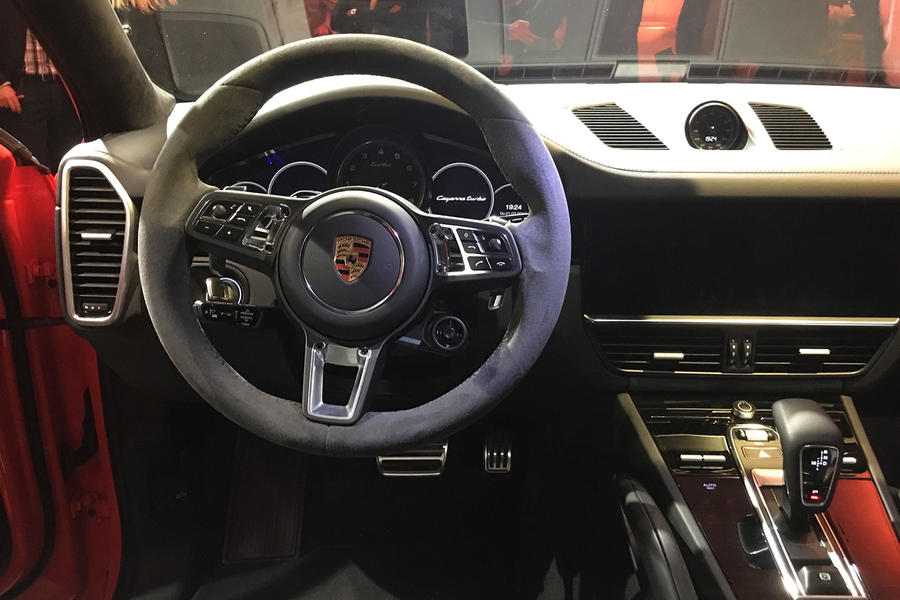 Up front, the dashboard, digital instrument display, touchscreen infotainment system and other controls are shared with the Cayenne. The Cayenne Coupé will be produced alongside that car at Porsche’s factory in Leipzig, Germany.

The Cayenne Coupé also comes with a panoramic glass roof featuring a glazed area and integrated roller blind as standard. Buyers will also be able to specify it with a contoured, carbon-reinforced plastic roof similar in style to that featured on the 911 GT3 RS. 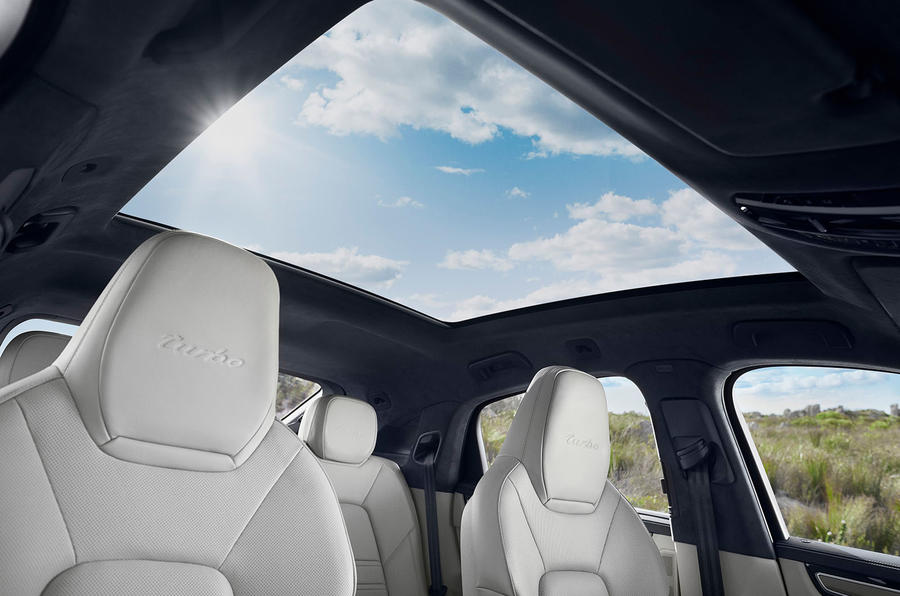 The optional roof is available as part of one of three lightweight sports packages, which also include unique exterior design detailing, 22in wheels, carbonfibre and Alcantara interior trims and, on the Turbo model, a sports exhaust.

The Cayenne Coupé will initially be sold with the choice of two petrol engines, although others, including a pair of petrol-electric plug-in hybrid drivetrains shared with the Panamera, are expected to be added to the line-up by the end of the year as part of Porsche’s electrification push.

The entry-level Cayenne Coupé is powered by a turbocharged 2.9-litre petrol V6 producing 335bhp and 332lb ft of torque. In combination with a standard eight-speed automatic gearbox, it has a claimed 0-62mph time of 5.9sec and a top speed of 151mph. Official fuel economy is 30.4mpg and CO2 emissions are 212g/km. 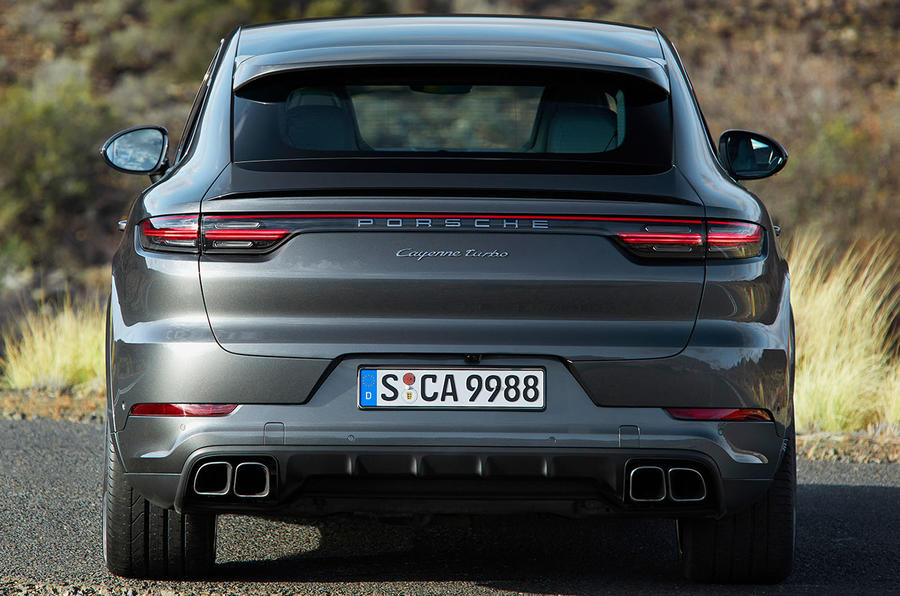 Further upmarket is the Turbo, which has a twin-turbocharged 4.0-litre petrol V8. With 542bhp and 568lb ft of torque going through the same automatic gearbox, it has a claimed 0-62mph time of 3.9sec and a top speed of 178mph. Fuel economy is rated at 25.0mpg and CO2 emissions at 258g/km. 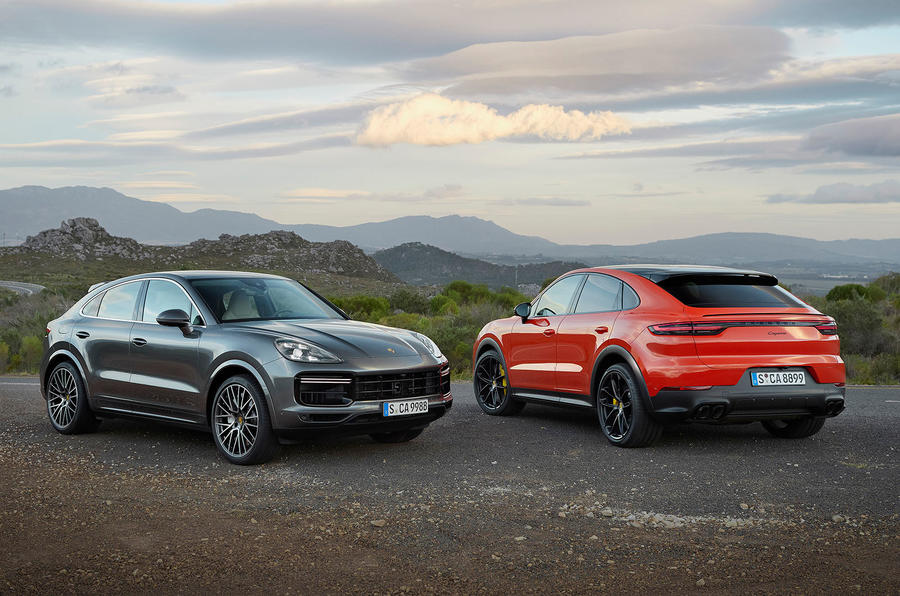 Porsche is yet to detail the changes it has made to the Cayenne's suspension for the Coupé. However, it has confirmed that all models will receive speed-sensitive power steering, 20in alloy wheels, Porsche Active Suspension Management (PASM), the Sport Chrono package, Park Assist and a rear-view camera as standard.

Prices for the Cayenne Coupé start at £62,129, rising to £104,729 for the more comprehensively equipped Turbo model. Order books are open now ahead of first deliveries in May.

Why make the Cayenne Coupe now?

“The inspiration comes from the 911, which in its 991 iteration enjoyed its best-ever year of sales in its final year. By cleverly creating derivatives we have shown how you can keep interest up in a car - even in a declining segment like sports cars.”

Are there other derivatives to come then?

“We can go further, yes. We have some ideas in an even more sporty direction, for instance, but wait and see.”

Would you consider a three-door coupe?

You launch an electric Macan in 2021, alongside a petrol model. How long will that continue?

“For at least two to three years we will have both. At that point we can decide whether to upgrade the combustion engines to the new Euro 7 standard or go full electric. The pace that countries are changing is different - China wants electric now, Russia is in less of a hurry, for instance.”

How many deposits for the Porsche Taycan do you have now?

“Around 20,000 have paid. It is overwhelming when you consider they haven’t seen or driven the car. We will see how that list grows, but production was set at 20,000 cars a year - now we will look to see if we have to extend that.”

When will you launch hybrid or electric sports cars?

“We have prototypes of the 718 running in electric now, and a hybrid prototype is being built. If you look to the next generation of those cars it is possible, although it is not clear whether it would be plug-in hybrid or hybrid.”

Is it decided that the next 918 Spyder hypercar will be fully electric?

“No, it’s not decided - but the launch of such a car will, if it is electric as you might imagine, be some years away, because the battery performance is not there to support our requirements for performance yet.”

Better than the standard

Better than the standard Cayenne (very faint praise), It looks as though this was the one designed first. Would like to see comparison images of this, Q8 and the Urus.

The grey one above does look abit 'jumbo hatchback'.

Specs Savers called, they said your glasses are ready - it looks sod all like an i-Pace.

Specs Savers called, they said your glasses are ready - it looks sod all like an i-Pace.

21 March 2019
Porsche Cayenne is not produced in Germany in Leipzig!
It is made in Slovakia, in VW Bratislava.

The same is valid for Cayenne Coupe.

Cayenne Coupe - the answer to a question nobody asked.....

Cayenne Coupe - the answer to a question nobody asked.....

LOL, come back to bed you. All this messin around, you've got some tromboning to do.