Now here’s the good news: the 992-generation 911 still feels pretty slim-hipped for a full-sized sports car. That it’s even more incisive and precise in its handling than the 991 means owners of old narrowbody cars will hardly notice the difference.

And anyway, the most revered sports car in the world hasn’t so much become wider as less narrow – which sounds like the same thing but isn’t quite. The 45mm of extra metalwork across the wings only brings the rear-driven version up to the same width as the old four-wheel-drive model.

This has been done not only to improve the handling of the former (thanks to the influence of the bigger wheels, wider tracks, quicker steering, lighter and stiffer body and overhauled suspension) but also in response to customers who’ve been asking for a wider-hipped, better-looking, purist’s-pick rear-driven 911 for some time. These customers have been getting exactly that in the shape of the Carrera GTS for a couple of model generations, but now they needn’t venture that far up the derivative hierarchy.

The 992 is available only as a 444bhp Carrera S or Carrera 4S to begin with, and only with Porsche’s new eight-speed dual-clutch automatic gearbox (Cabriolet versions of the same won’t be far behind the first coupés). There’s the usual abundance of possibility to tailor the driving experience by picking options such as lowered sport suspension, active four-wheel steering, active anti-roll bars (which can only be had in combination with four-wheel steering), carbon-ceramic brakes and Porsche’s familiar Sport Chrono package, which adds dynamic engine mounts and launch control, among other things. Electronically controlled adaptive dampers and an electronically locking rear differential are now fitted as standard. 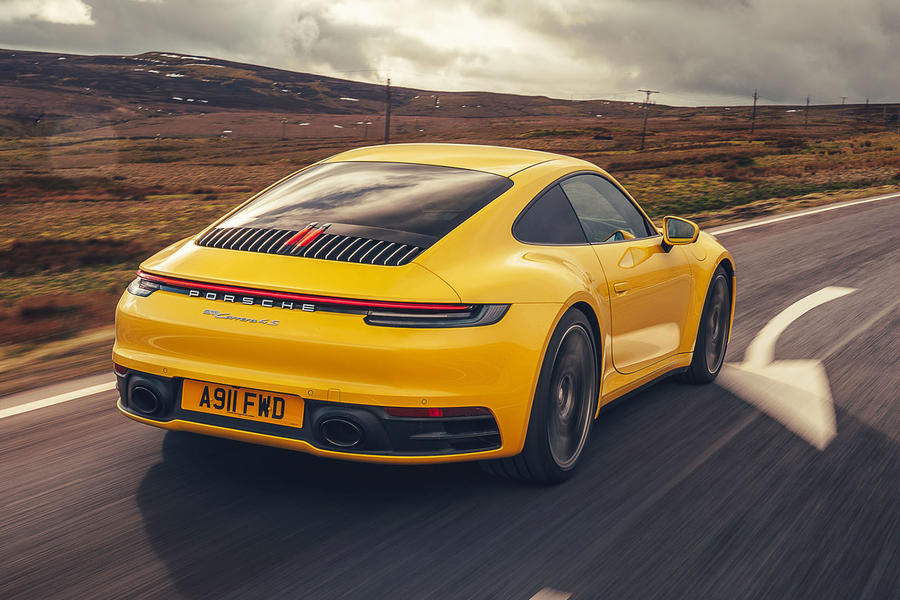 An all-new seat design features inside, allowing you to sit 5mm lower in the car. Not that you’ll notice straight away. You’ll be too busy marveling at what Porsche has done to bring the 911’s interior up to date and what a spectacular result it has achieved.

The 911 has made similar quantum leaps in perceived quality, onboard technology and crisp-edged interior style as both the latest Porsche Panamera and Porsche Cayenne models, and so you’re left in no doubt whatsoever that what you’re sitting in is a very expensive and advanced car. Luxurious? You'd use the word in a heartbeat if not for the philosophical problems that present when associating it with the most celebrated sports car there is. Either way, the knurled centre console switchgear and analogue-digital hybrid instruments are true triumphs.

New induction, injection and exhaust systems have been applied to Porsche’s 3.0-litre turbocharged flat six. Responsiveness is alleged to have improved in tandem with outright power and torque over the outputs of the old Carrera S, but it’s the all-new gearbox that has altered the two-pedal 911’s driving experience more profoundly, giving you more cogs to keep track of in manual mode and a bit more acclimatising to do before you get an intuitive sense for gear selection.

The remarkable range and flexibility of the engine helps you along during that process. It’s nicely burly from 3000rpm but still vividly rewards you for hanging on above 5500rpm and upwards beyond 7000rpm, all the while endowing a performance level that you’re highly unlikely to feel the need to upgrade. Porsche's new system of turbochargers has added some extra induction noise for added sonic drama, it's claimed, but if you'd rather listen to six oversquare cylinders jabbing away at each other in idiosycratic Zuffenhausen style, there remains just enough here to keep you interested but never so much as to become overbearing.

Notably more agile and incisive through tighter bends than a like-for-like 991, it's a shade more vertically composed over bigger lumps and bumps too, without totally sacrificing the 911’s dynamic calling cards: a front axle that gently starts to bob as the chassis knuckles down and handling that’s made more alive to pedal inputs by that rearward weight distribution.

Even with four-wheel drive, the 911’s cornering stance can be planted and secure on a balanced throttle or more enlivened mid-corner by either the withdrawal or judicious application of power. The 911’s handling is every bit as immersive as ever when you want it to be, in other words, and yet it feels more composed and precise at other times. 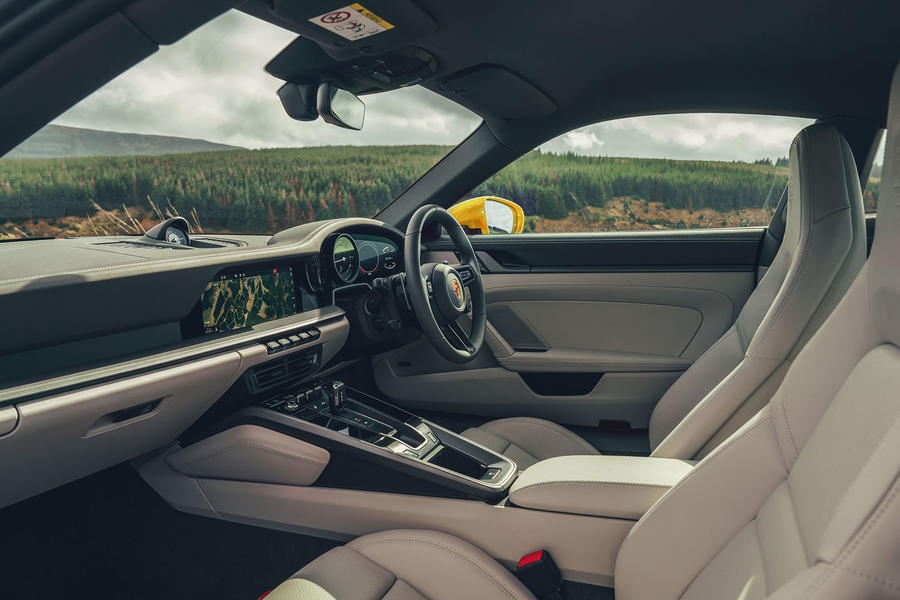 While four-wheel drive might introduce a compromise or two to the 992, chiefly to its limit handling predictability and purity of steering feel, you shouldn't discount it on that basis.

If the idea of four-wheel drive adds to this car's appeal as a year-round daily driver (and it'd be an even more stellar sports car to own and use on that basis than any 911 before it), don't hesitate.

The Carrera 4S must be at least 95% as good to drive as the Carrera S, and 95% of that good makes it a very special driver’s car indeed. 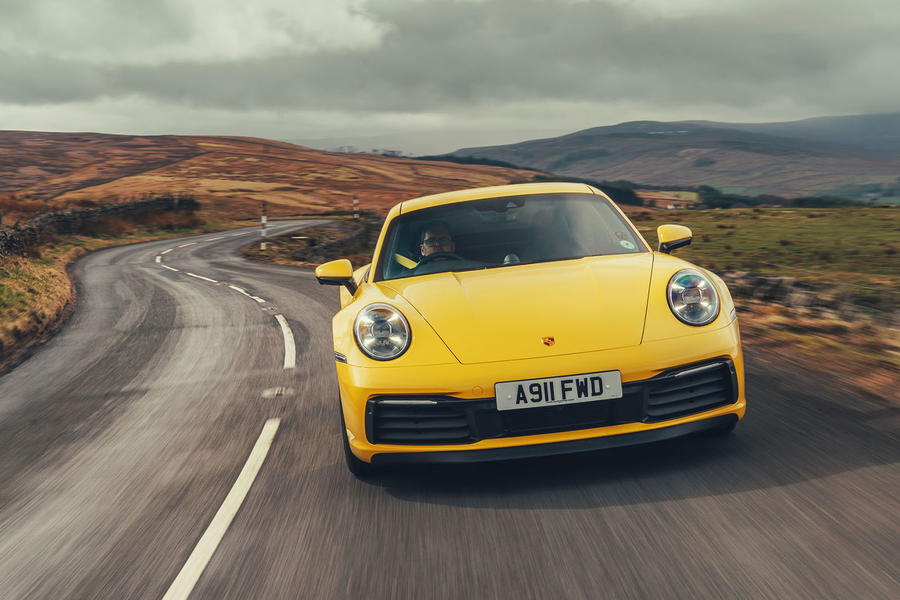 It may be very good, but I

It may be very good, but I really don't like this at all.

This is basically a turbo light, not a Carrera. Amazingly similar to a 996 turbo in fact.