BACK TO ALL NEWS
Currently reading: Next Porsche 911 Speedster to get hardcore GT3 running gear
UP NEXT
New Kia EV9 primed as premium electric range-topper

Next Porsche 911 Speedster to get hardcore GT3 running gear

A new Porsche 911 Speedster model is due to be revealed this summer as a limited-production, high-performance run-out for the 991.2-generation sports car.

Caught on camera under wraps during testing in Germany, the model — recently previewed by the 911 Speedster concept — will sport the distinctive shape of its spiritual predecessors and come with a performance package tuned by Porsche’s GT department.

UPDATED: Porsche 911 Speedster spotted ahead of release later this year

The concept used running gear from the driver-focused GT3. The production car will follow suit — the fitment of centre-locking wheels on the test car proves this to be true, meaning that the 991-generation Speedster will be the most hardcore to date.

The previous Speedster was based on the 997-generation car and came in Carrera S specification, but the new version is due to have the GT3’s naturally aspirated 4.0-litre flat six engine.

The 911 Speedster has been confirmed for production. Full story here 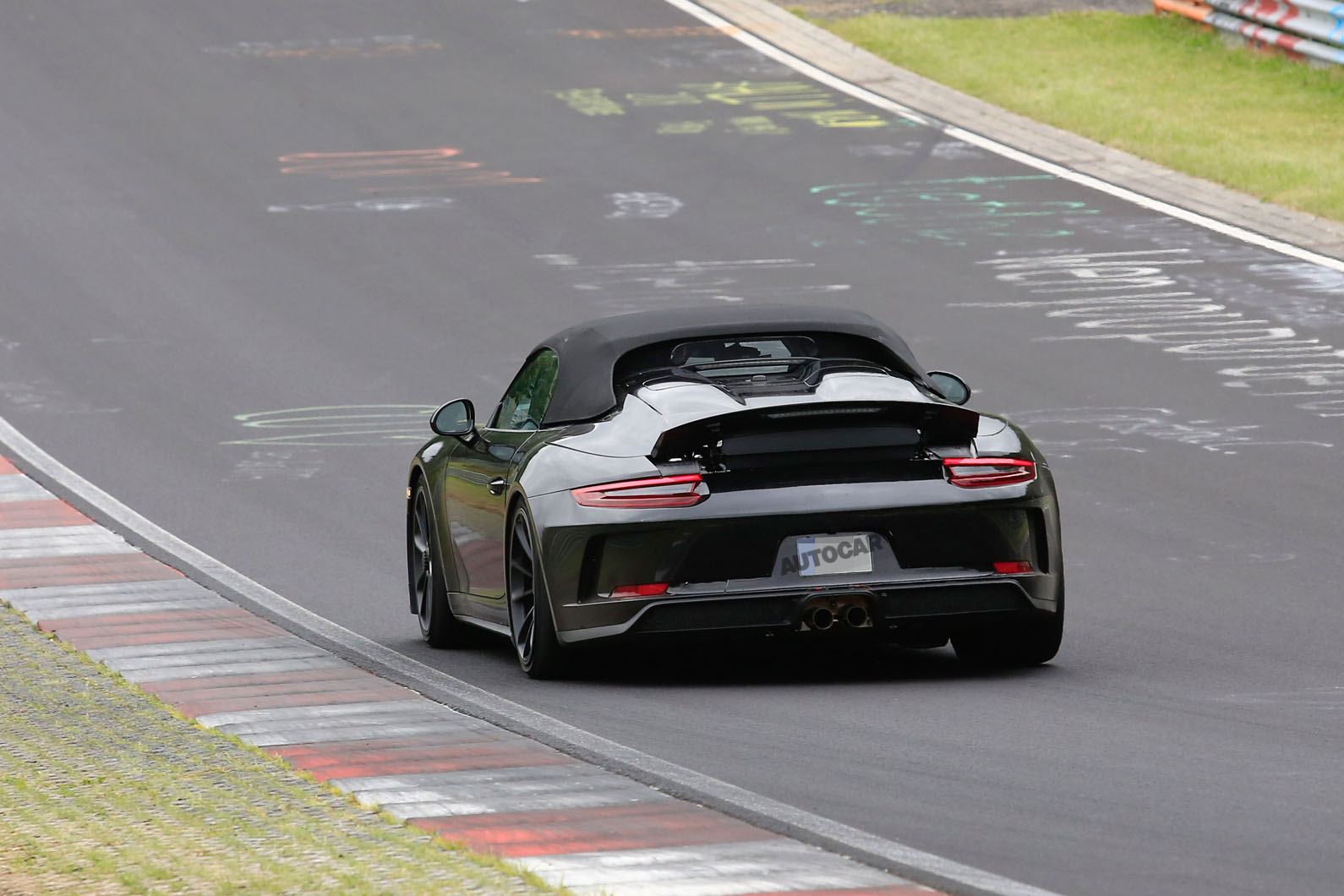 That would give it 493bhp and 339lb ft, and would mean its motor will rev to 9000rpm. If it follows the example of the GT3, the Speedster’s engine will come mated to a six-speed manual or seven-speed PDK transmission.

The Speedster test car also looks to be sitting on the same widened track as the GT3, which measures 1555mm across at the rear, suggesting that car’s adaptive damping system will be fitted as standard. However, the Speedster’s more obvious road focus might negate for the toe and camber adjustability that is also a feature of the 911 GT3.

The key visual difference between the Speedster and its GT department sibling will be an open-top design with a shortened A-pillar and more steeply angled rear engine cover. This shape takes influence from the original 1954 356 Speedster that has inspired the shape of run-out 911 Speedsters for the 930, 964 and 997 generations. 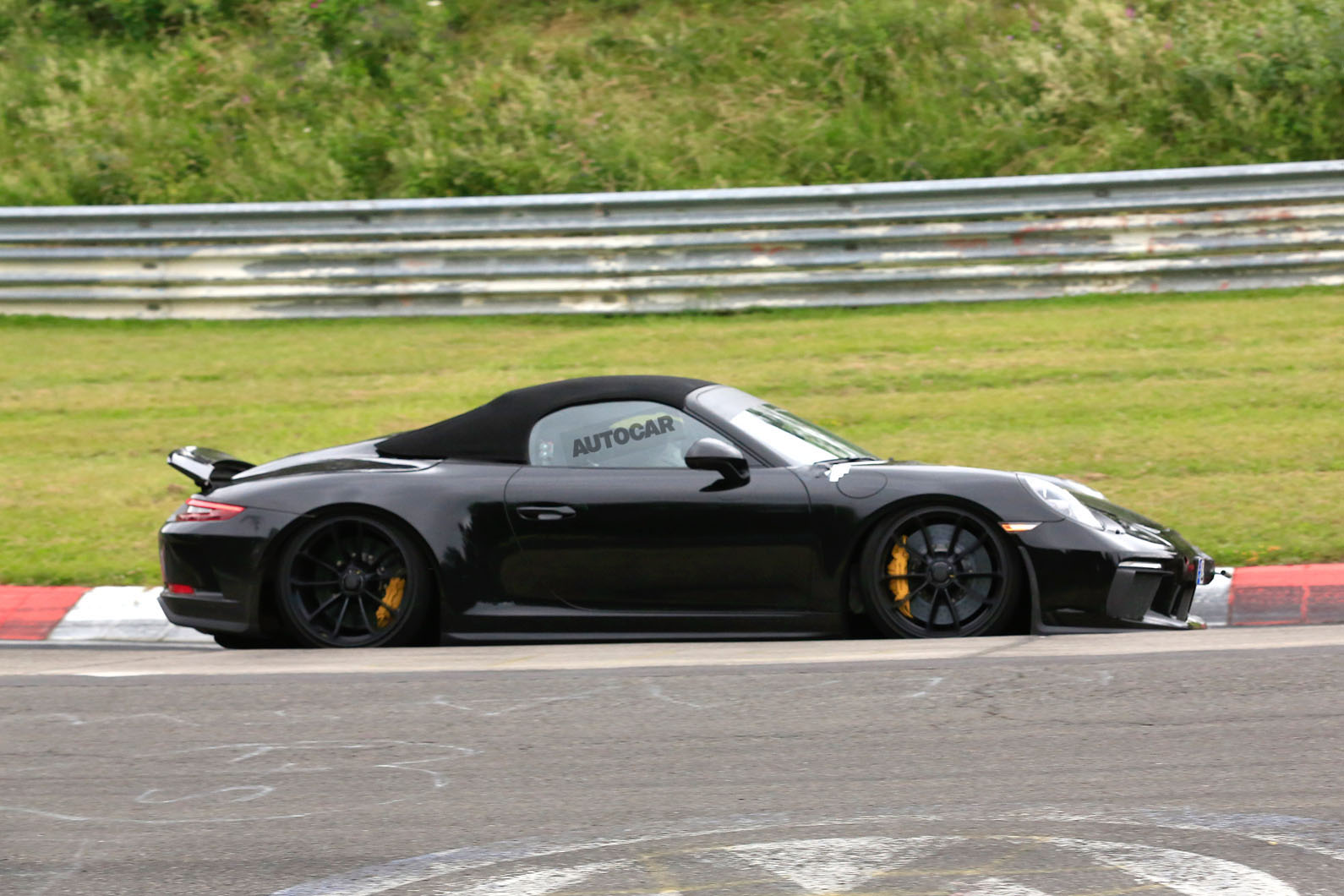 Just 356 examples of the previous 997-generation car were made, so a similarly low number is expected this time. The last Speedster cost about £50,000 more than the GT3 of the time, suggesting the new one could sell for in excess of £155,000. The swan-song 991.2 model will precede the next 911, which will make its debut at the Los Angeles motor show in November. On sale in 2019, it will initially be sold in rear-wheel-drive Carrera and Carrera S guises. 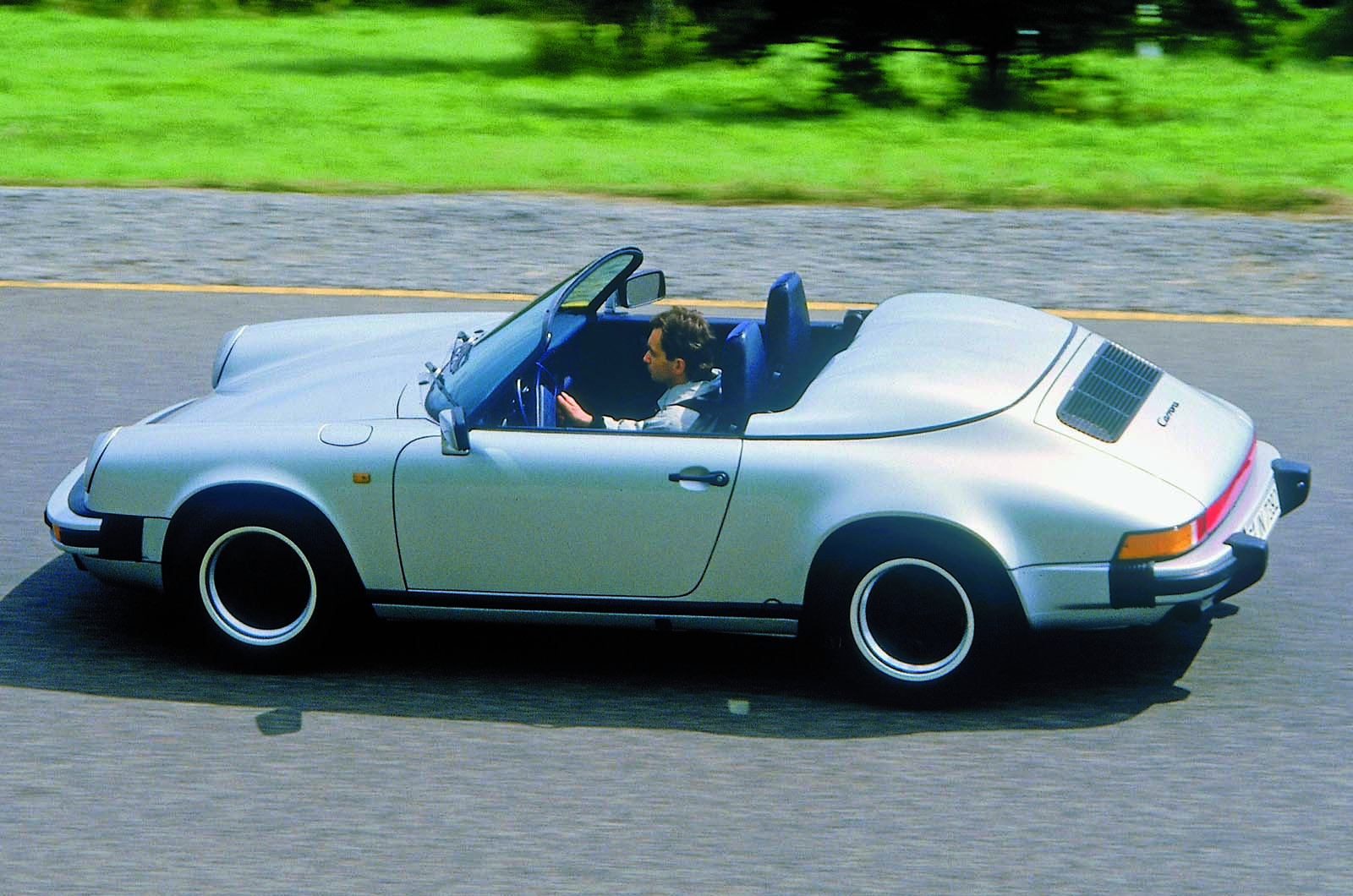 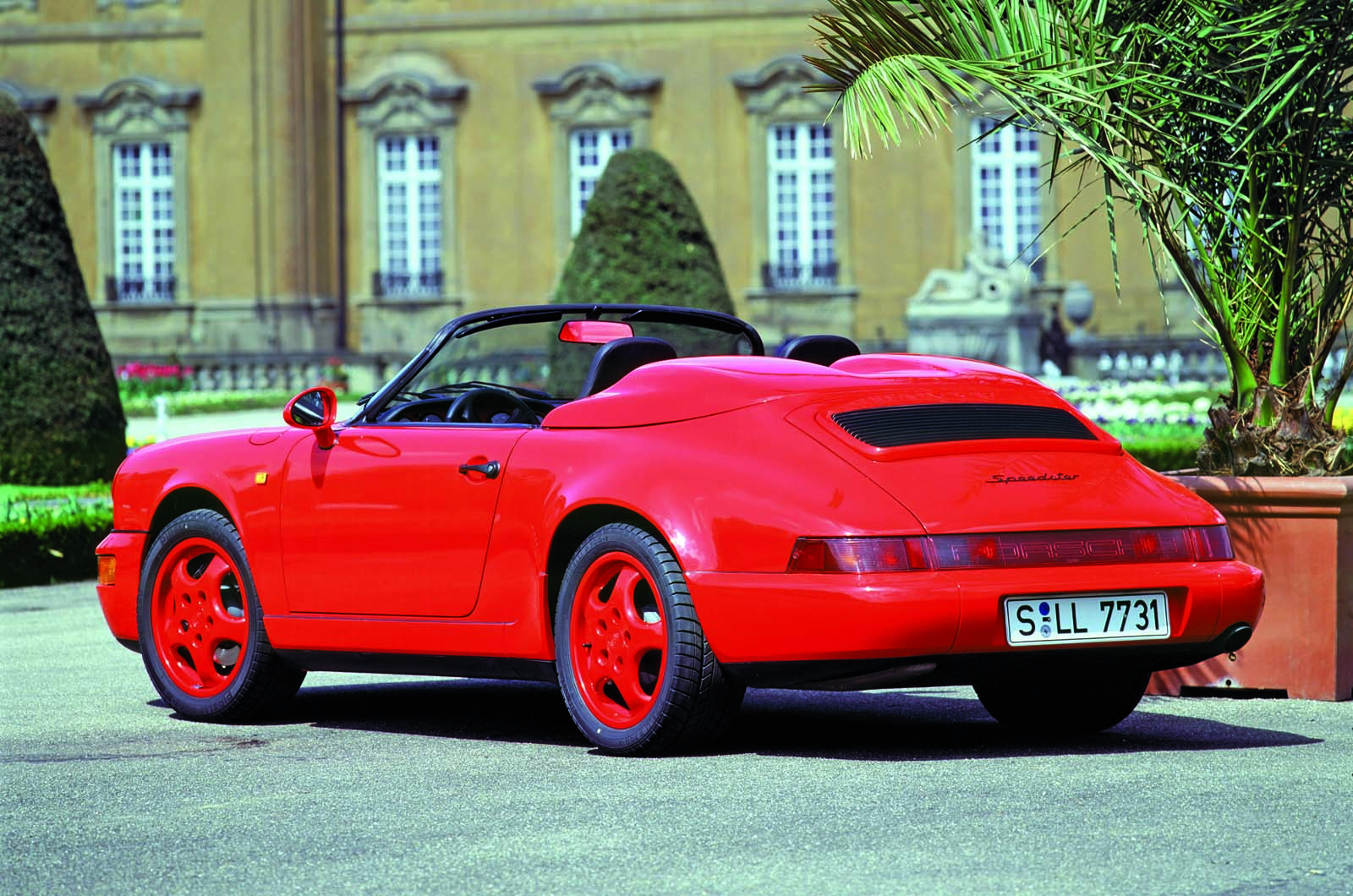 Porsche 997 - Just 356 examples were built as a nod to the original 1954 Speedster. This 997 version is hailed as a collector’s favourite. 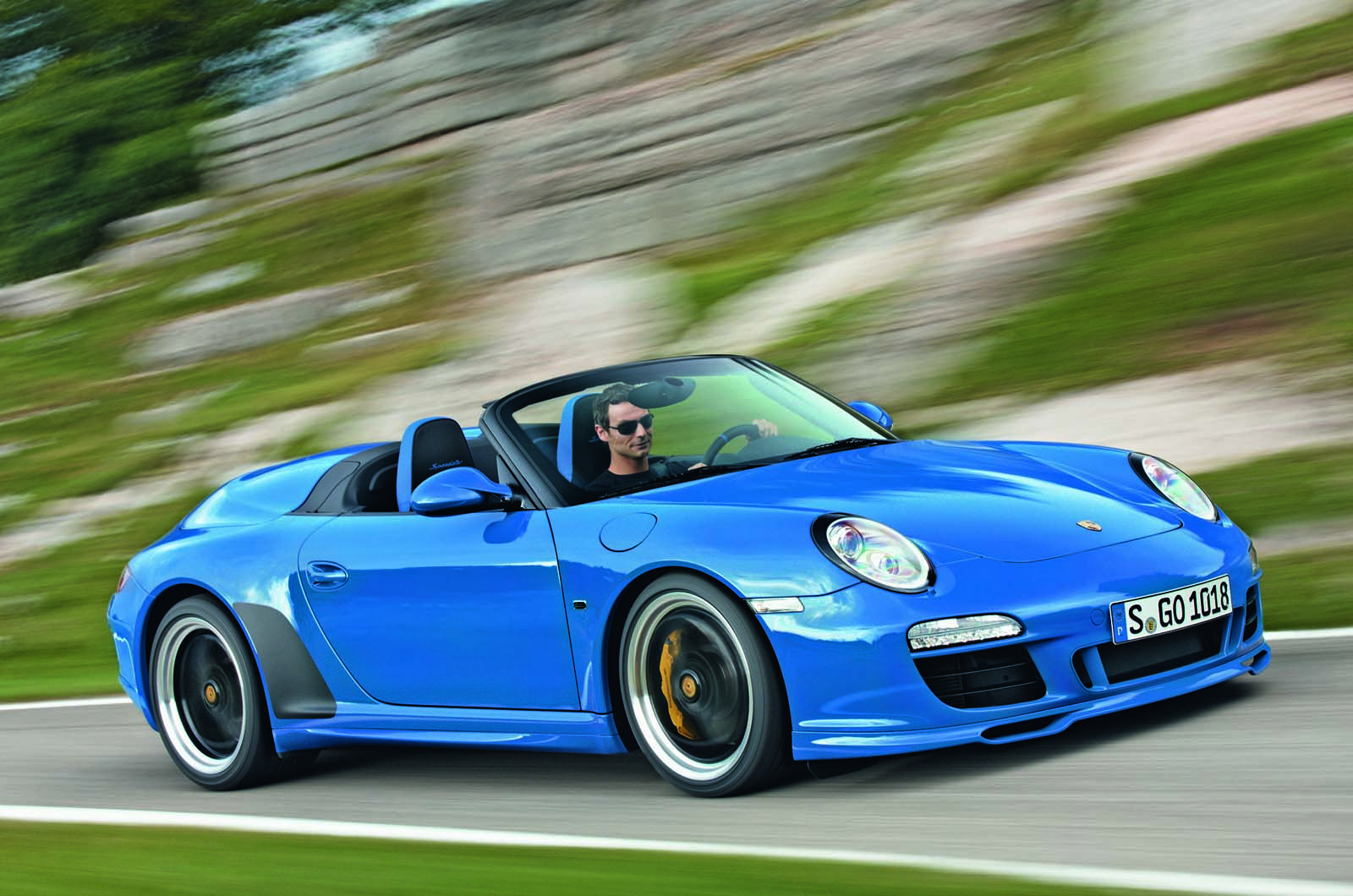 Porsche 911 Speedster spotted ahead of release later this year

Beauty and the Beast

Beauty because lets be honest who would not enjoy this car. Beast because once again Porsche panders to the very speculators and collectors Andreas Preuninger and ourselves so rightly despise. There's currently a wait list a mile long for GT3's, yet Pruinger says when prompted that they cannot build any more than production allows. Yet at the same time there's spare production capacity for this beauty? As a committed Porsche fanboy I am becoming tired of this hypocrisy. Am I alone?

Are Porsche going to do a really light weight stripped out Road racer...?

Hands up, who was surprised by this?....