BACK TO ALL NEWS
Currently reading: LPG car fuel: could the diesel crisis give it an opportunity for a comeback?
UP NEXT
From the boardroom: Polestar UK boss Jonathan Goodman

LPG car fuel: could the diesel crisis give it an opportunity for a comeback?

In the post-Dieselgate era, when many cities are pondering banning diesel-engined vehicles and air quality is becoming a top-line political issue, surely a low-CO2 fuel that is inexpensive and extremely low in tailpipe pollution should be enjoying a revival?

Yet that’s not proving to be the case for a fuel that, despite many advantages, has long been an oddball choice and failed to gain traction in the UK. With this in mind, Autocar recently ran a ‘bi-fuel’, left-hand-drive Dacia Sandero Stepway equipped with a factory-fitted LPG system to see if it was feasible to live with here.

LPG specialists say the UK market has never recovered from a government’s U-turn in the early 2000s, which, after initially supporting a push towards the adoption of LPG as a mainstream fuel, effectively pulled the rug from under it. However, the most recent UK government budget in November last year announced the removal of the fuel duty escalator for LPG-fuelled cars, one positive sign for the fuel.

Across Europe today, LPG is still a minority fuel. It’s most popular in Poland, followed by Italy, where some 5% of the country’s cars and trucks are powered by LPG, which equates to around 2.2 million vehicles in all.

Air quality concerns have encouraged regional governments to incentivise the use of cars converted to run on LPG in Italy and Spain, which has had a notable growth in the adoption of the fuel.

According to Holly Jago of Autogas, a joint-venture LPG supply company owned by Shell and Calor, around 120,000 vehicles are converted to run on LPG in the UK, and about 4000 are converted each year, but that amounts to just 0.2% of road fuel use. 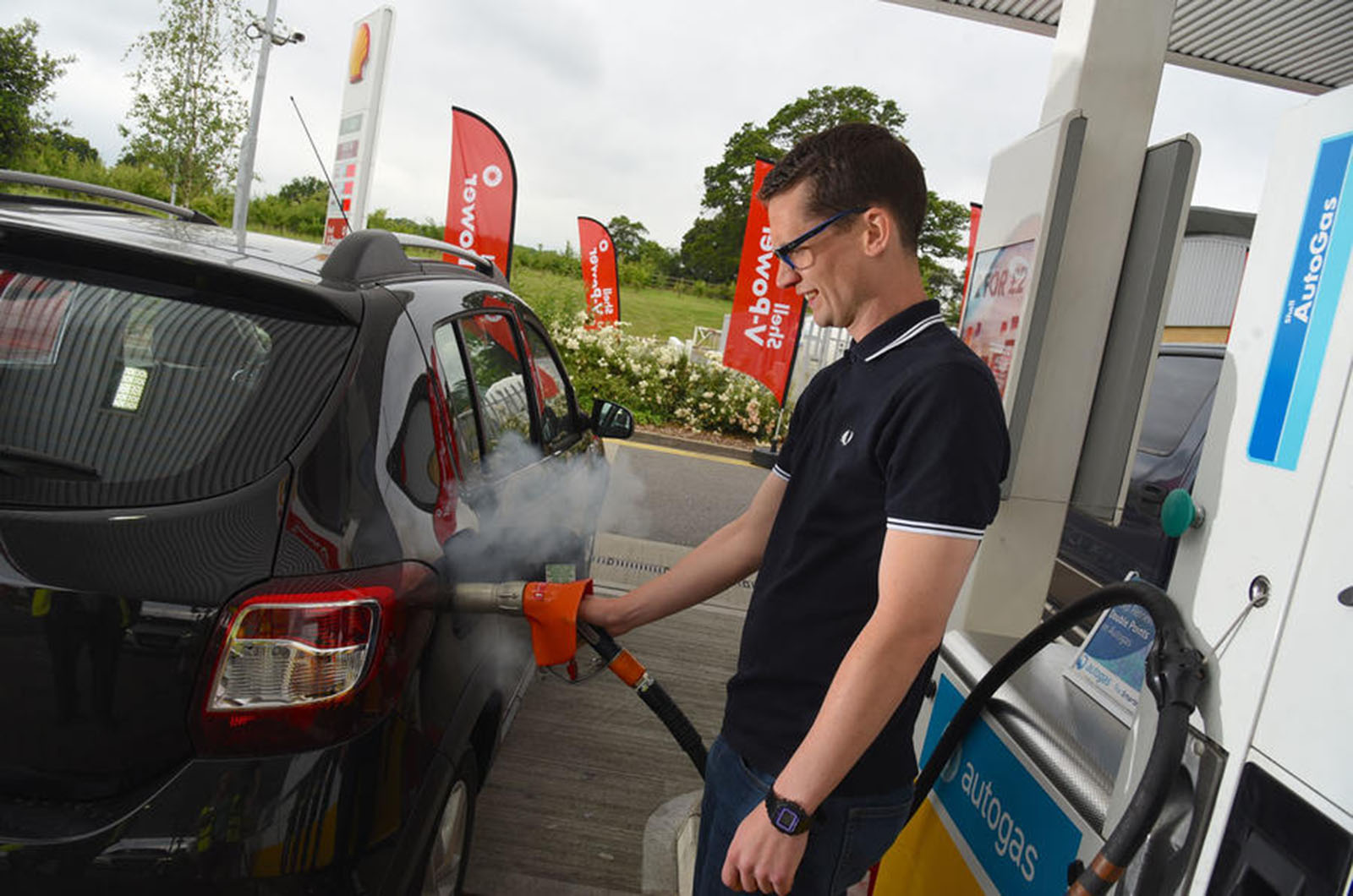 As Jago points out, the new emphasis on air quality should make LPG relevant again. She cites “independent tests” of a LTC TX4 London cab converted to use LPG in which tailpipe pollution was slashed, with particulates down by 99% and NOx down by 88%.

The UK is way behind the global curve for moving urban mass transit to cheap and effective LPG and away from diesel. Hong Kong converted its 20,000-strong taxi fleet to LPG more than 15 years ago. And the new Toyota Japan Taxi, which uses the company’s hybrid drivetrain, is fuelled by LPG rather than petrol.

So, is LPG due for a revival?

In the UK, it’s not looking good. At the moment, there are no factory-converted LPG cars on sale in this country. Worldwide, says Jago, around 15 car makers offer around 100 different bi-fuel models, with LPG tanks in addition to the petrol tank.

In the EU, there’s a reasonable choice, including a wide range of Dacia and Opel models, as well as unexpected offers such as the Subaru range and the Alfa Romeo Mito. These bi-fuel cars are more expensive than the standard models, and even with (as of April 2018) LPG prices at 73p per litre (compared with petrol at £1.19), it will still take around 10,000 miles of driving to break even on the purchase price.

A Dacia spokesman said: “Dacia offers an LPG powertrain in some continental Europe markets. In line with all other manufacturers in the UK, this option is not available here due to the lack of significant LPG infrastructure and current customer demand.”

Jago said Autogas was frustrated because car makers are reluctant to build factory-fit right-hand-drive bi-fuel cars without much more in the way of government guarantees that a UK LPG market will be properly encouraged. However, the UK’s PCP-dominated new car market is a massively tough nut to crack for something as off-beat and unfriendly to short-term ownership as LPG. 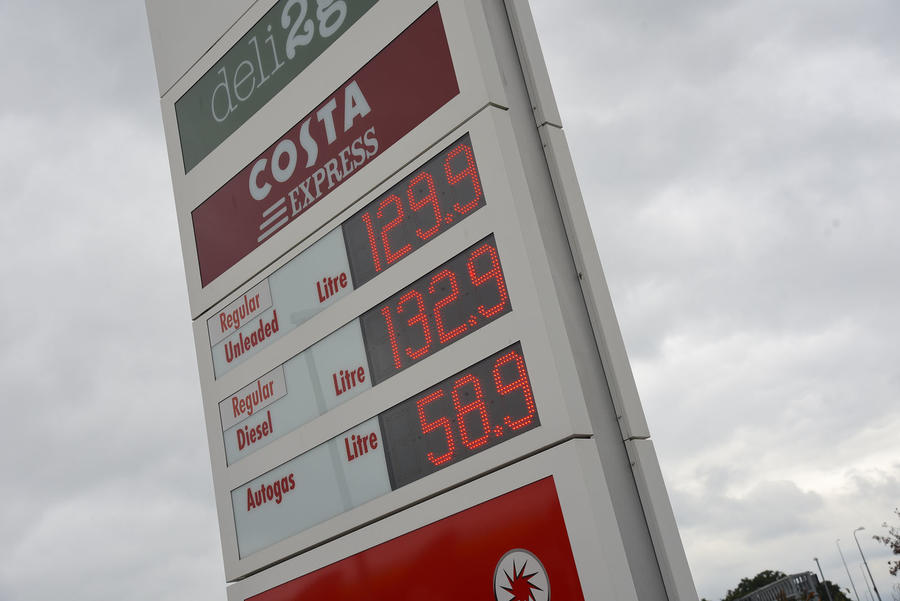 Nevertheless, a new opening for LPG in the UK is looking ever more hopeful in the commercial sector. Calor says it thinks range-extended (REx) hybrids are looking like a good bet for taxis and commercial delivery vehicles, which need to be as low pollution as possible.

Indeed, the new LEVC TX black cab is a REx, and it will soon spawn a delivery van. The London Routemaster bus also has a REx transmission, as does Ford’s prototype plug-in Transit van.

It uses a 2.0-litre steady-state engine running on LPG and driving a generator that drives an electric drive motor. ‘Military-grade’ lithium ion batteries are hung at each side of the chassis frame, offering 40 miles of electric-only range.

The claimed emissions figures for the Emoss design are remarkable. A standard-issue truck running on LPG emits “48 tonnes of CO2 per annum”, but Calor claims the REx prototype reduces that to just 8.6 tonnes of CO2, a remarkable 82% drop. 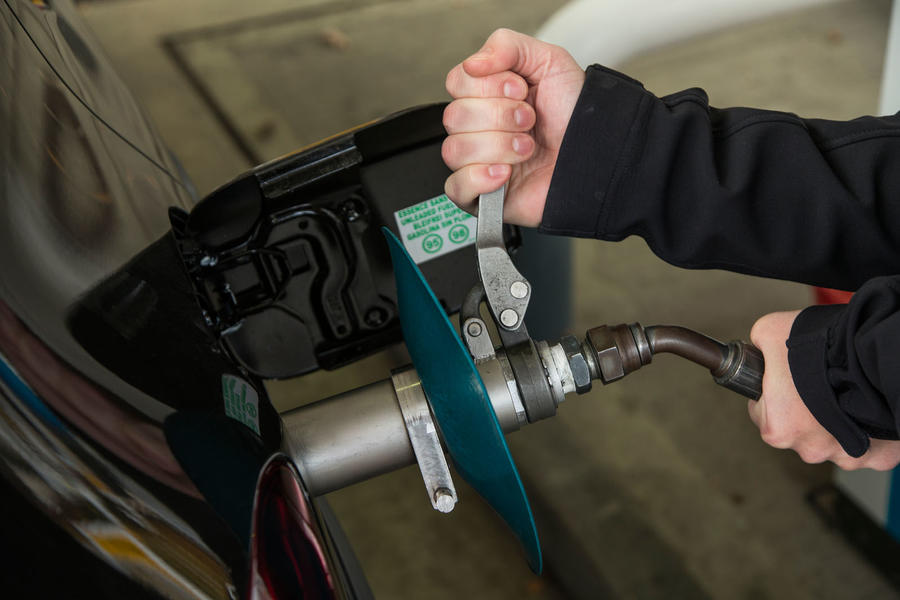 Using Bio LPG, that drops to 94% less CO2 than the standard LPG truck. NOx pollution is claimed to be 94% under the current EU6 limits and particulate emissions are “virtually eliminated”.

Load-carrying vehicles will find it almost impossible to move to battery power, due to the sheer cost of the very large battery packs needed, the reduction in load capacity caused by heavy batteries and the difficulty of charging very large packs quickly. Most important, the REx solution is likely to be far cheaper.

LPG’s extremely clean-burning nature may yet have its day with the race to clean up commercial vehicles. In the longer run, it may even spark a revival of LPG-driven REx passenger cars if CO2 outputs are as low as 40g/km and the EV revolution fails to take hold.

I don't know about making a return, but LPG has been available (and cheap) in this country for at least half a century and never gained much traction. Maybe part of the problem is that drivers are scared of it, not helped by by the fact that LPG vehicles were (are?) banned from using tunnels. The fuel is heavier than air, so any leakage could collect in a tunnel with obvious fire risk.

I think the other issue is that LPG conversions have not worked as well as they might on engines optimised for petrol. However that could have changed with today's engine management and variable valve systems which could allow less compromise.

But if we are considering LPG, then why not CNG which is another extremely clean fuel and with the theoretical possibility at least of allowing refuelling at home. (Several years ago Honda offered a CNG Civic in some markets together with a compressor to allow home refuelling. Now that would be a really enticing possibility with a good range allied with just 5% tax on the fuel. Perhaps our goverment would not allow it...

My forklift i drive at work

As the article points out

As the article points out diesels can be converted to run on LPG (as well as natural gas), if the government (and other governments) really were concerned about air quality, theyd encourage diesel drivers to do the conversion to their vehicles. Like water/meth, this is existing tech that could be used to reduce the emissions of existing diesel vehicles and what are governments doing about it ? F all, theyre only concerned about the emissions of new vehicles, not existing ones. Reducing emissions on existing vehicle would also improve air quality a hell of a lot faster than only concentrating on new vehicles. The world has gone mad.