BMW’s M performance car division will expand its line-up with more M Performance and full-blown M models that span the entire range – from the new M135i xDrive to a 600bhp version of the upcoming X8 SUV. M division also plans to top its line-up and showcase its engineering prowess with a bespoke mid-engined coupé based on the Vision M Next.

That arresting new concept points to a high-tech hybrid future at BMW M. However, significant restructuring measures have already been put in place to ensure the long-term competitiveness of more volume-selling M models against a growing number of rivals from Audi Sport, Jaguar SVO, Mercedes-AMG and Porsche.

BMW M’s wide-ranging engineering programme is ensuring a quick ramp-up of its model portfolio under a plan originally initiated by former M division CEO Frank van Meel and carried through under the watch of his successor, Markus Flasch. Recognition of this comes in the quartet of new M models already launched in 2019: the X3 M, X4 M, M8 Coupé and M8 Convertible. On top of this, BMW M has also introduced the new M135i xDrive and X2 M35i at the bottom end of its range.

In a development that harks back to its formative days and the Giorgetto Giugiaro-designed M1, BMW M is also looking at proposals for unique limited-run M models inspired by the Vision M Next concept, with a convertible version under consideration alongside the planned ‘reborn M1’ coupé.

“We are investigating M variants that may also be stand-alone, that don’t have a predecessor,” Flasch said at the launch of the BMW X3 M and X4 M when questioned on the future of the company.

On top of this, BMW M also plans to expand its number of hardcore CS models, starting with the new M2 CS in 2020.

A key driving force in BMW’s decision to build on its current number of M models is the company’s R&D boss, Klaus Fröhlich, who once led the engineering at Land Rover and has been a member of the BMW board since 2014.

In an about-turn on the current M model strategy, plans have now been approved for a new four-wheel-drive four-cylinder 1 Series with up to 400bhp, Autocar has learnt. The hot new model will go up against the strong-selling Audi RS3 and Mercedes-AMG A45, as well as the upcoming Volkswagen Golf R Plus. At the other end of the line-up, a new range-topping M X8 model has been conceived as a competitor to the likes of the Audi RS8, the Mercedes-AMG GLE 63 and the Porsche Cayenne Turbo.

Upcoming M Performance models will continue to receive tuned versions of standard BMW engines in petrol, diesel and petrol-electric plug-in guises. However, future hardcore M models will run one of three key BMW M petrol engines from a modular driveline family similar to the one in place at Mercedes-AMG.

According to sources with knowledge of the plan, all future dedicated BMW M engines will receive a common 500cc cylinder capacity, with a 2.0-litre four-cylinder, updated 3.0-litre in-line six-cylinder and new 4.0-litre V8 set to underpin the range. The decision to base the new engines around a common architecture is claimed to speed up development and allow greater economies of scale in production. 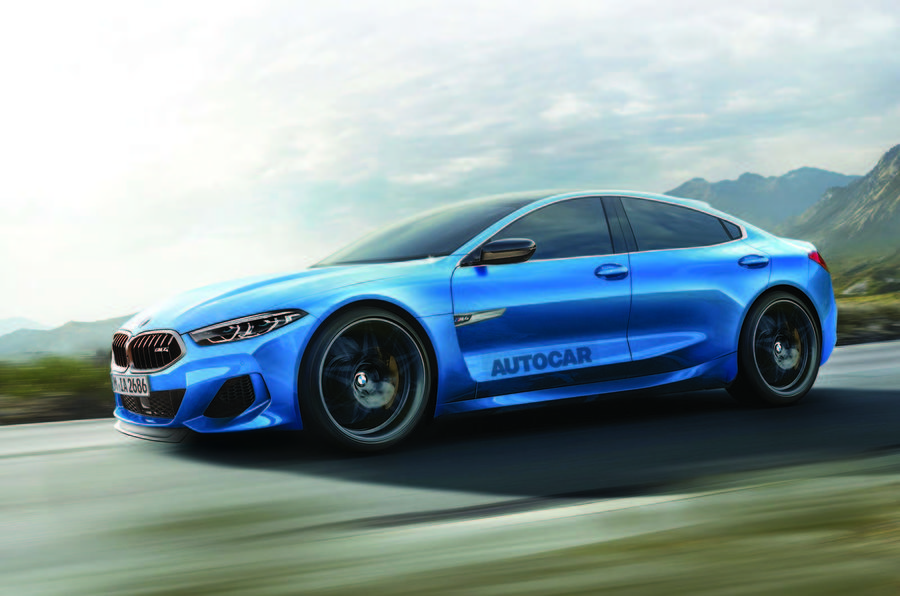 In the middle of its range, BMW M will introduce new M3 and M4 models in 2020. They will feature an updated version of the existing twin-turbo 3.0-litre in-line six with up to 500bhp. Manual, automatic, rear-wheel drive and four-wheel drive options will be offered, according to insiders.

The firm is also planning to provide selected M Performance and M models with petrol-electric power. Although it is not yet official, engineering sources suggest plans are under way to establish a two-tier line-up of hybrid drivetrains.

The lower-powered hybrid drivetrains are set to be adopted by M Performance models, with the high-powered units planned for fully fledged M saloon and SUV models and set to be launched first.

So here is the problem with all of this:

I've had 8 BMWs over the last couple of decades and there is not a single chance in hell that I'll have another after the one I am currently cursed with. I used to think the BMW brand meant something and the cars used to be good 'everyman' drivers cars in my view, now though they are the dynamic equivalent of a wooden wheeled cart and just as uncomfortable.

Expanding the range won't improve any of the above unless BMW addresses some fundamental weaknesses in its product quality and the service its dealers provide.

BMW is only doing what the other brands will do , you can’t rest on your laurels with banker cars.

More M models than ever

More M models than ever before. And never less appealing. That X8M is obviously hideous, but even the proposed ‘sports cars’ are less than the sum of their parts.

I remember when the original 8 series seemed overweight and vulgar - by comparison, it is a thing of understated beauty.