Previewed by the Vision M Next making its debut at the Frankfurt motor show, the advanced carbonfibre-bodied coupé is planned to go on sale early next decade, with BMW's head of development Klaus Frohlich responding to questions about its production liklihood by saying: "We deliver on what we promise". The Vision M Next will introduce a new 591bhp plug-in petrol-electric drivetrain that is also earmarked to power more conventional, future M models.

The new high-performance driveline, which develops well over double the power of that used by the BMW i8, forms part of a drivetrain electrification programme being overseen by BMW M’s new CEO, Markus Flasch. The Vision M Next will be a spearhead for the firm’s ‘Strategy One Next’ initiative, which aims to put up to 25 electrified BMW models on sale by 2025. 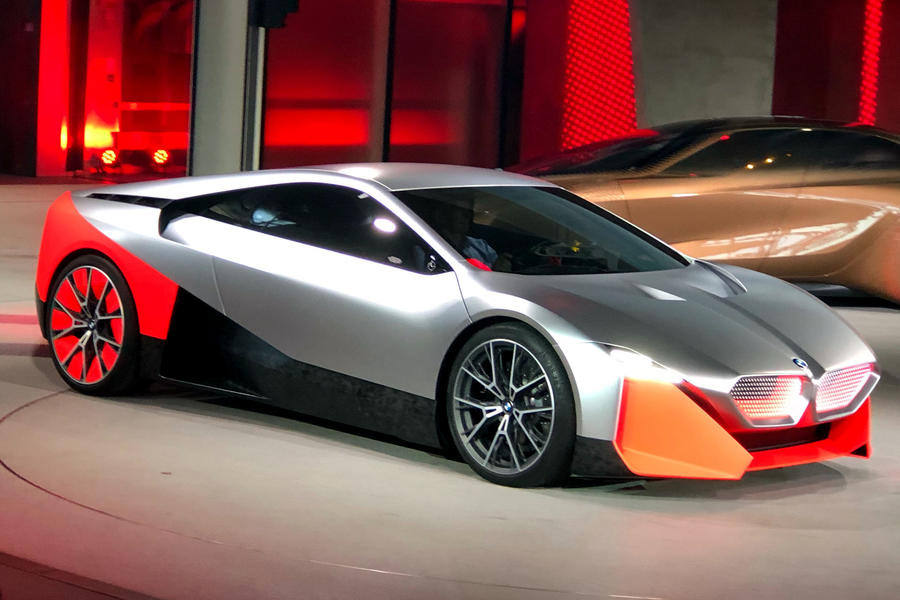 The decision to develop a dedicated successor model to the M1 comes after almost three decades of conceptual studies into a mid-engined BMW.

Insiders at BMW’s HQ said the production version of the 186mph two-seater is planned for introduction as a limited-run model shortly before the launch of the second-generation i8, suggesting the two cars are likely to share key structural components.

The low-slung coupé is tied in with efforts to raise the profile of M division operations in the face of competition from the likes of Audi Sport and Mercedes-AMG – both of which offer dedicated models (the R8 and GT respectively). 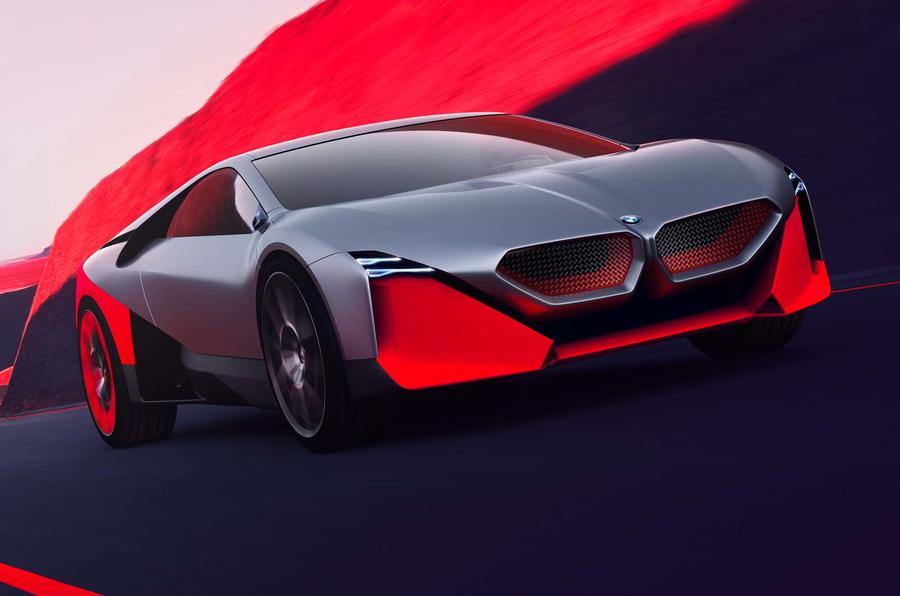 The most radical BMW M model yet draws on the wedge-shaped silhouette and tautly drawn lines of the original M1, produced between 1978 and 1981, providing it with a vaguely retro appearance.

The throwback exterior design touches are combined with contemporary styling elements similar to those seen on the BMW Vision Next concept, including a distinctive new grille that features a laser-engraved pattern, blade-like aerodynamic elements at the front, cutting-edge OLED lighting and butterfly-action doors.

Prominent ducts are integrated into the rear bodywork to channel cooling air to a mid-mounted petrol engine and electric motor, while unpainted panels within the lower flanks hint at a lightweight carbonfibre bodyshell. 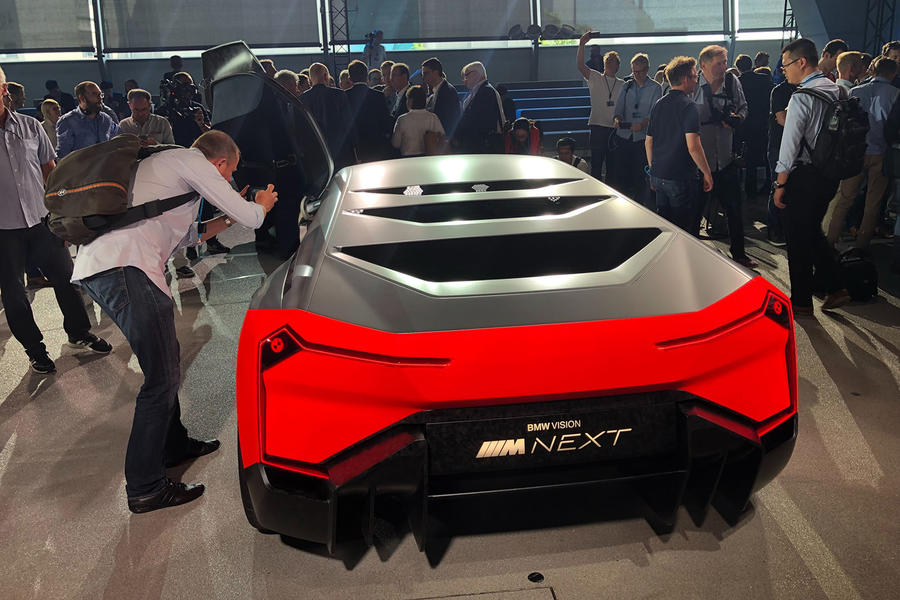 “The Vision M Next sets a very clear and confident statement in appearance,” said BMW brand design director Domagoj Dukec, who cites the 1972 BMW Turbo concept – the precursor to the M1 – as his main inspiration.

Proposals for a convertible variant of the new two-seater have also been put before BMW board members, although Autocar has been told there is no decision yet on whether it will join its coupé sibling in production. 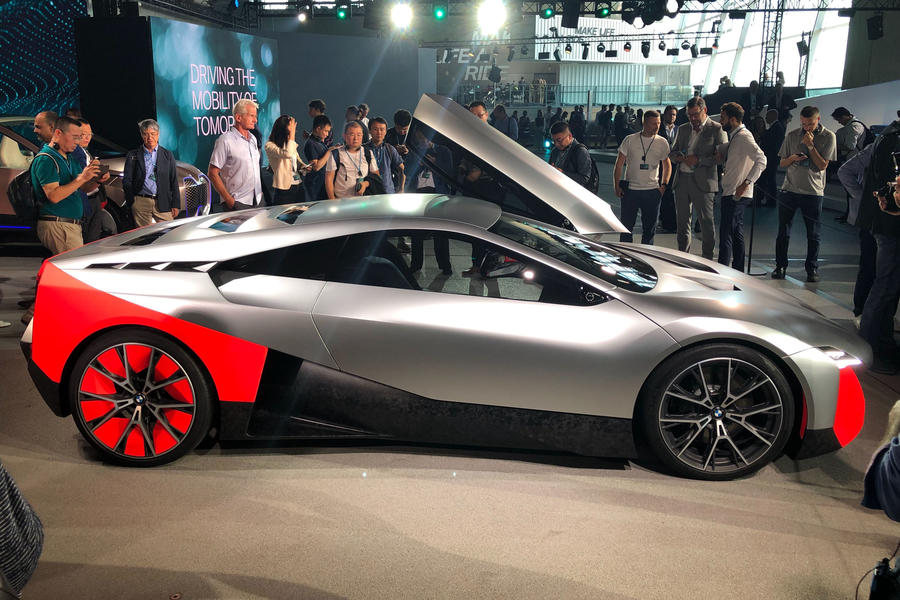 At the heart of the Vision M Next is a newly developed turbocharged 2.0-litre four-cylinder petrol engine that is also set to appear in various new M models in coming years.

Mounted behind the driver, the petrol engine is supported by two electric motors that have been developed and produced by BMW, one acting on the front axle and the other providing drive to the rear axle. It can provide rear or four-wheel drive, depending on the mode selected.

Together, the three power sources are claimed to provide the Vision M Next with a maximum output of 591bhp and the car’s electric-only range is more than 62 miles. 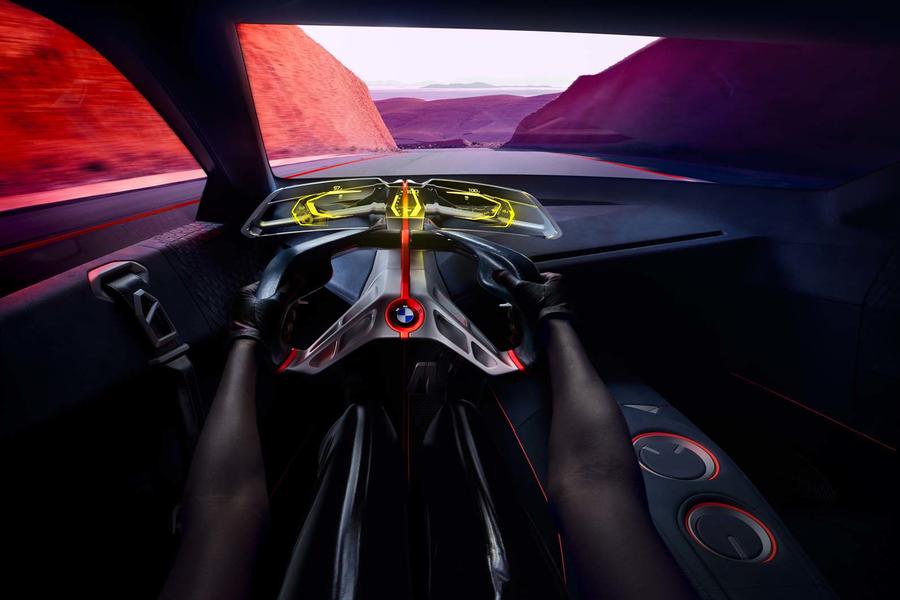 Although it remains theoretical at this stage, the 0-62mph time of the reborn M1 is a claimed 3.0sec and BMW quotes a top speed of 186mph – figures that suggest it will be significantly faster than today’s i8, which uses a 1.5-litre turbocharged three-cylinder petrol engine and two electric motors to develop a combined 362bhp.

Inside, the new BMW concept previews a driver-centric cockpit design. It features a so-called boost pod with a top-fuel-dragster-style steering wheel with integrated displays and a fingerprint sensor as a starter button, a curved instrument display and an augmented reality head-up display unit as part of a new user experience system.

A plug in hybrid M1?  Spare

A plug in hybrid M1?  Spare us the leaden misery.

At least it isn't fully electric.

Oh dear, this has left me as disappointed as the rest here. There's a near-necessity to reboot the BMW design language and the blandness of this thing is worrying. The M1's legacy built off its looks, Lambo-built body and the F1 series of racecars. The reboot of this car could, arguably should, be as deep and wide as this in concept. The Homage concept was truly must-have-one looks and this evidently doesn't, hopefully the witterings of these posts are listened to.

Bentley's gut-wrenchingly awful concept SUV was revised extensively to look 2% more attractive as the tasteless-looking Bentayger. Maybe BMW will take heed, for this is another sub-par design. I always credited BMW with intelligent engineering and well-considered design. But I'm beginning to wonder if Mercedes is now so far ahead with their flamboyant but, just about, tasteful design language has got BMW on the ropes.

Dear BMW, plug in hybrids are

Dear BMW, plug in hybrids are dying, its time to leap forward to full EVs.
View all comments (7)