BACK TO ALL NEWS
Currently reading: New Volkswagen Golf range to be topped by 400bhp R Plus
UP NEXT
New Aston Martin DBR22 is £1.5m, V12 speedster

Volkswagen’s R performance division has reignited a development programme on a “close to 400bhp” Golf R Plus model as a range-topping rival to the Mercedes-AMG A45 and Audi RS3.

The four-wheel-drive machine would sit above the planned Volkswagen Golf R version in the line-up of the eighth-generation model. Under its skin, it would rely on hardware and technology from the seventh-generation Golf R400 concept shown in 2014 and the Golf TCR race car developed by Volkswagen Motorsport.

The secret model is being developed alongside the standard version of the new Golf R at VW’s R&D headquarters in Braunschweig, Germany.

VW insiders have claimed it will be the “most extreme and powerful Golf yet”. As an indicator of its potential performance, they pointed to the supercar-like acceleration and top speed of the R400, which was claimed to have a 0-62mph time of just 3.9sec and a 174mph top speed. 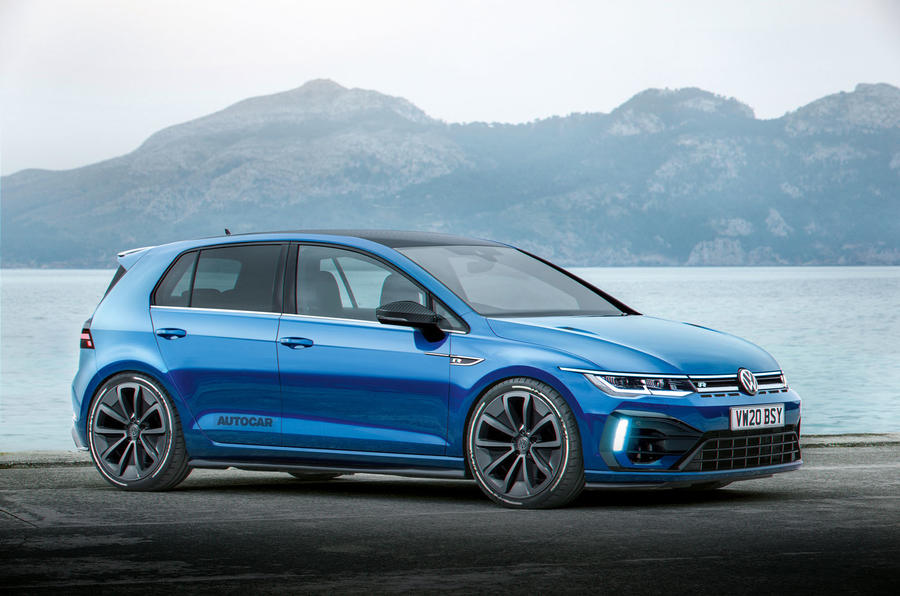 A source added: “We’re looking at introducing a new ‘halo’ performance model that would offer a level of performance beyond that of the next Golf R.”

The new Golf R Plus has not yet been approved for production, but Autocar has been told that it has the support of VW boss Herbert Diess. If it gets the go-ahead, it is likely to join the VW line-up after the new Golf R goes on sale in 2020, at a price similar to that of the £45,250 RS3.

Highlighting the advanced state of the Golf R Plus development programme, VW officials confirmed that a styling proposal for the variant has already been completed. It features a considerably more aggressive appearance than the standard version of the next Golf R, with broader front wings that, insiders say, have been adopted in combination with a widened front track.

The next-generation Golf will be produced as a five-door only, so both the Golf R and R Plus will be offered in that bodystyle alone.

At the heart of the secret new range-topping Golf is a highly tuned version of the Volkswagen Group’s EA888 petrol engine. In the new Golf R, the Audi-developed turbocharged 2.0-litre unit is planned to deliver around 320bhp. But with a range of power-enhancing measures, the engine could ultimately provide the Golf R Plus with between 380bhp and 400bhp. 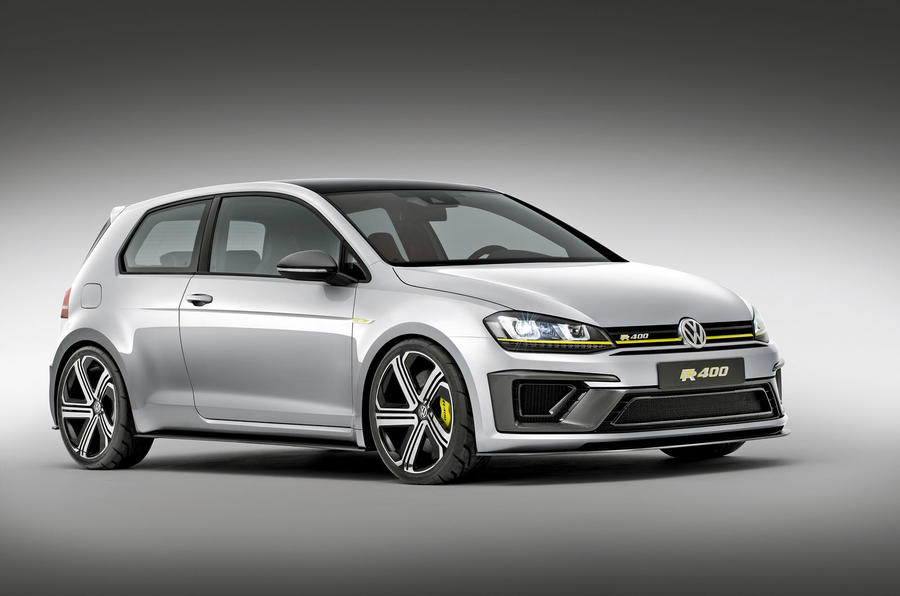 Originally a project of Volkswagen’s former head of petrol engine development, Friedrich Eichler, the powered-up four-cylinder was first showcased in the R400 concept with 395bhp and 332lb ft at the 2014 Beijing motor show. That model was closely considered for production.

An even more powerful version of the EA888 with added turbocharger boost pressure and other changes was featured in the Audi Quattro Sport concept, which made its debut at the Geneva motor show in 2014. In that car, it offered 414bhp and 332lb ft of torque.

Both projects were placed on hold due to the Dieselgate emission scandal until VW’s head of development, Frank Welsch, decided to revisit the ideas behind the R400 in 2018. 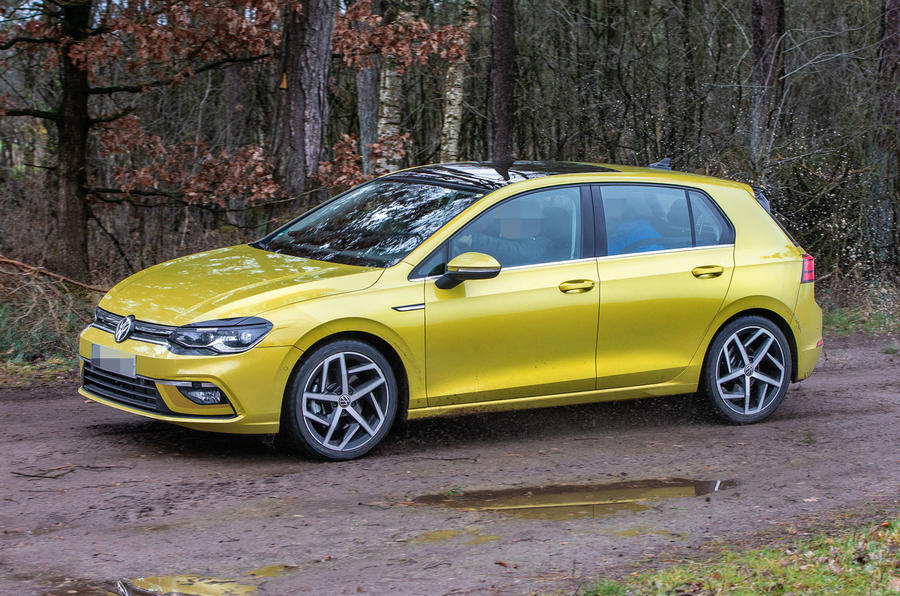 New developments brought to the engine of the Golf R Plus include a particulate filter. Like the next Golf GTI, though, it is thought to eschew mild-hybrid electric motor boosting.

As with the standard version of the new Golf R, drive is set to be channelled through a standard-fit seven-speed dual-clutch gearbox and a sixth-generation version of VW’s 4Motion four-wheel-drive system. That set-up will now feature fully variable control that constantly alters the amount of drive being sent to the front and rear axles.

The new four-wheel-drive system is likely to operate in combination with VW’s EDS and XDS+ electronic differential locks and a multi-stage ESP stability control system incorporating a drift mode similar to that set to appear on the new A45.

News of the new Golf R Plus comes as VW is preparing to extend the number of R models it offers, starting with the T-Roc R, which made its public debut at the recent Geneva motor show.

Nice to know that it could exist

But not for my my right foot which is completely made of lead. My first stop would be to my local police station to hand over my bank account details and license.  As they would both not be long for this world.

Mitsubishi and Subaru where offering this sort of power years ago, so why all the bollocks about a Golf, at least the Japanese vehicles actually looked interesting, and had a proper rally heritage to connect to..

So true Citytiger, but dont recall a production WRX with 400bhp? Cossie version in 2011 got close. VAG holds the R back to save the more expensive Audi's, neither Mitsubishi or Subaru had that problem.

So true Citytiger, but dont recall a production WRX with 400bhp? Cossie version in 2011 got close. VAG holds the R back to save the more expensive Audi's, neither Mitsubishi or Subaru had that problem.

There is no positive proof that the Golf will, its pure specualtion at this point, and it will still be dull as ditchwater to drive, hampered by a terrible DSG gearbox.

Surely this is the Golf's swan song, this will be the last turbo nutter b'stard hot hatch before VW goes all electric? Sorry to say that in 25 years time these kind of cars will be dinasours. Lets all buy one now & have some real fun before we all get electrified!!