From £30,4208
Most potent X2 yet gets BMW M division's first four-pot in 33 years to challenge the likes of Audi's SQ2
Open gallery
Close

The BMW X2 M35i is among a new class of high-riding performance cars that aim to bring traditional hot hatchback values to the premium crossover ranks.

It’s not a full-blown M model per se, but its brief is quite similar to its more focused siblings in that it was conceived to appeal first and foremost to enthusiast drivers – those seeking greater driving precision and pace than that provided by standard BMW X2 models.

Significantly, it’s the first four-cylinder model from BMW’s M division since the original M3 was launched 33 years ago. Behind the X2 M35i’s distinctively shaped grille is the most powerful version yet of BMW’s B48 engine. It’s been upgraded with new cooling measures, among other detailed changes. The transversely mounted turbocharged 2.0-litre unit delivers 302bhp and 332lb ft of torque – some 113bhp and 126lb ft more than the most powerful of BMW’s existing petrol-powered X2 models, the xDrive20i.

To ensure its heady reserves get placed to the road reliably and without any untoward wheel-spinning antics, the new range-topping M model comes as standard with an eight-speed torque converter-equipped automatic gearbox featuring a race start function and a multi-plate clutch four-wheel-drive system with a differential for the front wheels.

It doesn’t end there. BMW’s M division has also provided the X2 M35i with a retuned MacPherson strut front and multi-link rear suspension. It receives firmer springs and dampers as well as a reduction in ride height over regular models and standard 18in wheels. Buyers can specify active dampers and the choice of either 19in or 20in wheels.

Beyond this, the X2 M35i receives a reworked M Sport exterior styling package from the standard X2 with redesigned air ducts within the front bumper for more efficient cooling, grey accents for the grille and mirror housings as well as a spoiler element and twin tailpipes as part of an M Sport exhaust system at the rear.

Further changes are concentrated within the interior. It adopts a number of M Sport accents, including a leather-bound steering wheel with shift paddles, a pair of heavily bolstered front seats with M-branded seatbelts and front door trims with the lettering ‘M35i’ among other detailed upgrades.

Among the more useful options are a multi-colour head-up display unit, BMW’s ConnectedDrive suite and a traffic jam assistant. 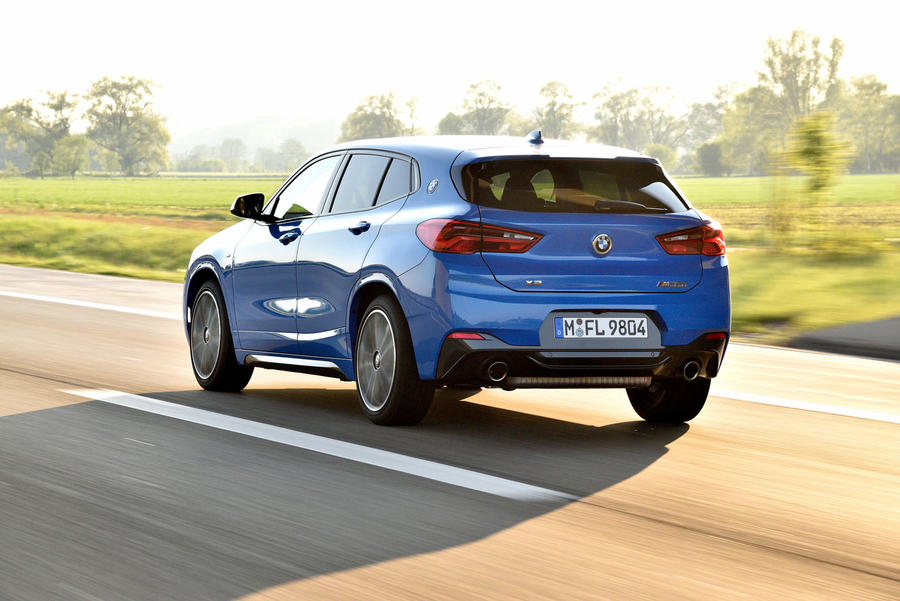 The X2 M35i certainly isn’t lacking in performance. BMW claims a 0-62mph time of 5.0sec and a limited top speed of 155mph - figures that would see the 1620kg crossover challenge the most celebrated hot hatches in an out-and-out straight-line stoush.

The first BMW M-branded four-cylinder engine in over three decades is not as smooth nor as linear in nature as the German car maker’s latest six-cylinder powerplant, but it nevertheless proves potent and, with raspy aural qualities to the exhaust itself as well as a synthetic sound system that operates over the speakers for added volume at the business end of the dial, quite entertaining to the ear.

There is a brief moment of lag to the power delivery as the boost pressure of the twin-scroll turbocharger builds from low revs. But from around 2000rpm onwards, the X2 M35i accelerates with engaging flexibility and great vigour on a loaded accelerator. For keen drivers, it all adds up to an alluring blend of usable power and on-demand thrust.

More than its sheer straight-line pace, though, it is the improved response from the chassis that stands the X2 M35i apart from other BMW X2 models. It is instantly more responsive and agile than its standard siblings, both around town and out of the open road.

With a differential apportioning drive between the front wheels and a uniquely tuned multi-plate clutch four-wheel-drive system delivering drive to the rear wheels, traction remains strong even in damp conditions.

If there is one reservation, it’s that the firmness brought to chassis does the ride no favours at all, even with the optional adaptive dampers as fitted to our test car. While rarely harsh, the X2 M35i suffers from aggressive rebound properties that make its ride quite fidgety on less than perfectly smooth surfaces. This could make it a lot less exhilarating to drive on UK roads than those we encountered at its launch in Germany. 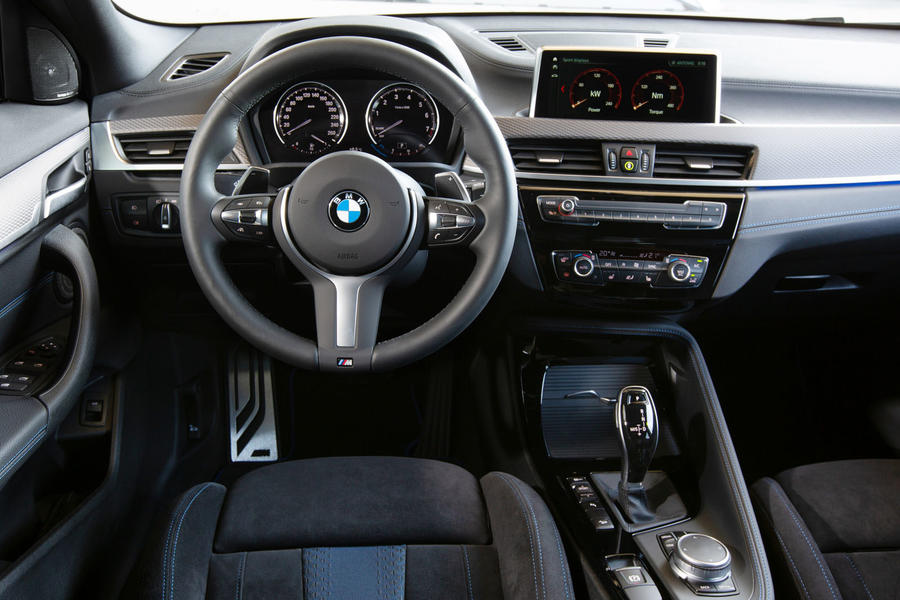 The X2 M35i is not the sort of car BMW M should really excel at. Yet despite its obvious drawbacks, including its transversely mounted engine and comparatively high ride height, it’s a remarkably good package.

As an alternative to the Audi SQ2 and a growing number of performance-based crossovers, it has a lot going for it. It’s swift and refined, and responsive and enjoyable to drive. Its upgraded interior also imparts of a level of quality and the sort of upmarket feel that is missing on other BMW X2 models.

It might not be an obvious choice and is not exactly a bargain, but those in the market for an all-season hot hatch should at least give it consideration. 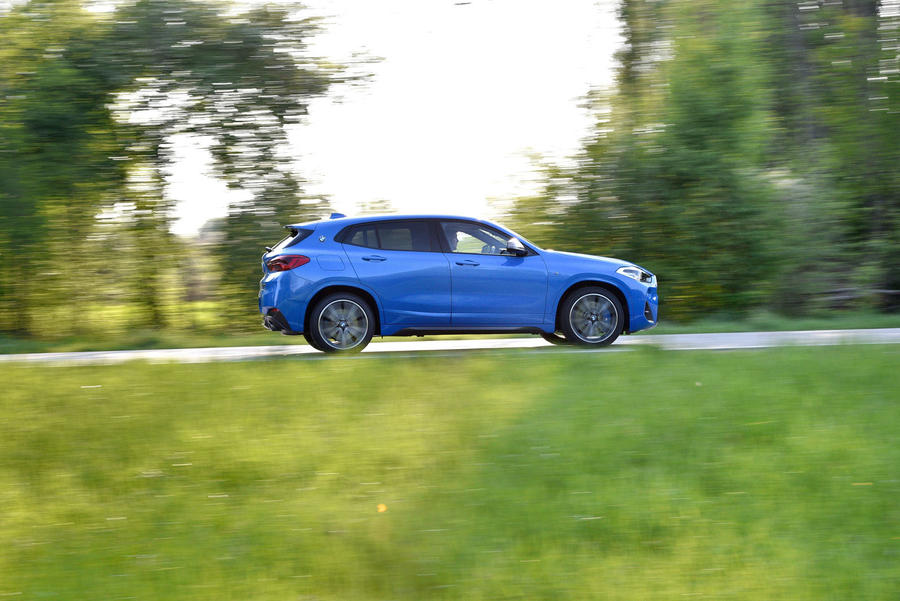 Im not a fan of the downsizing (3 & 4 cyl), but if I wouldnt need more space, this would be my car. I love the looks!

Thank goodness it's got a

Thank goodness it's got a front differential , be a pig to corner without .......

Without question, the weakest interior design from BMW for a long long time - this 2 series / X2 style.  Even the E-Pace interior outshines this.  Just.