A day in the life of Britain's exotic car transporters

Shifting expensive supercars is a risky business, and as we discover, not just from a financial point of view
Share
Open gallery
Close
Share story

Lewis Grimshaw has learned the hard way that whoever takes a car off one of his firm’s transporters should be the person who loaded it, too.

“It was a Subaru Impreza rally car and as I loosened the last wheel strap, it started to roll back,” he says. “Instinctively, I grabbed the wheel but as I did so, two of my fingers slipped between the brake caliper and a spoke. As the wheel turned, they were almost sheared off from the tip of the finger to the first joint. There was a lot of blood.”

Having not loaded the car Lewis didn’t know that with the engine switched off, the Subaru’s hydraulic handbrake wouldn’t function. Meanwhile, the mechanic who had overseen the Impreza’s loading had insisted it shouldn’t be left in gear, to avoid, he explained, the teeth being worn as the car rocked backwards and forwards in transit. On arrival and freed of its bindings, the car simply rolled backwards. 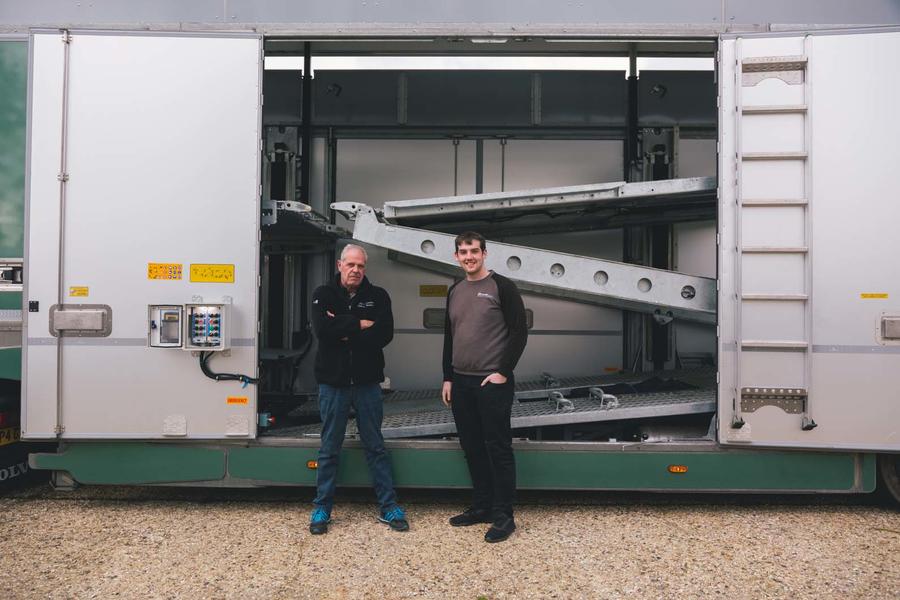 Today, seven years since that fateful delivery, you’d barely know Lewis’s fingers had been mangled. But what light scarring remains is a reminder that the multi-million-pound cars his family’s business transport under cover aren’t the only precious things they must consider…

I meet Lewis at seven o’clock sharp one weekday morning in the family’s truck compound at Brackley, a few miles from Silverstone. His father Paul, who founded Paul Grimshaw Vehicle Movements 12 years ago, is here, too, as is Steve, the company’s longest-serving driver. 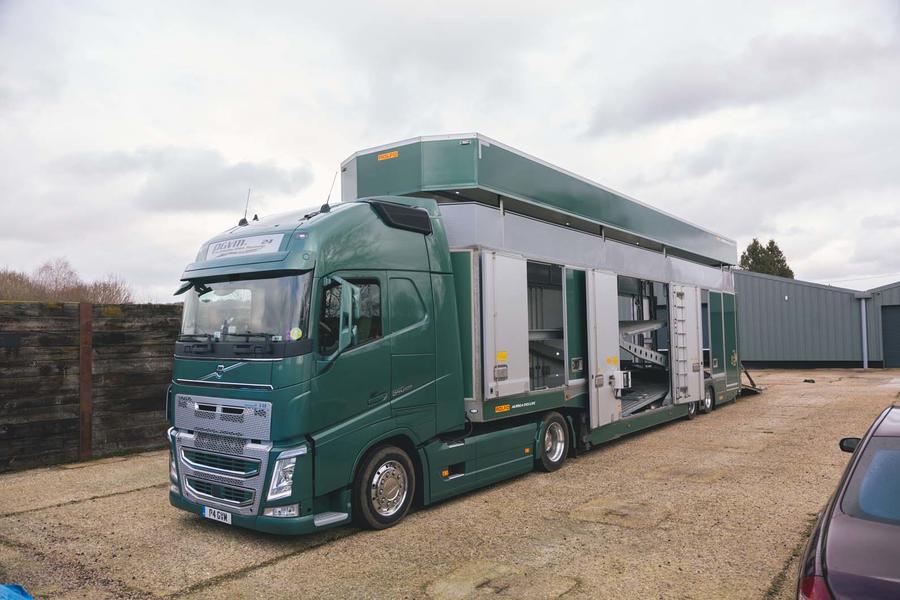 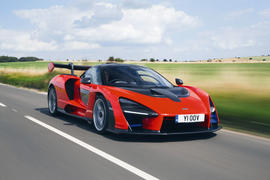 Paul and Steve are busy polishing one of the company’s Volvo trucks that today is towing a Rolfo Auriga Deluxe six-car, covered semi-trailer. Inside it are a customer’s McLaren Senna and 675LT, and his Porsche 911 GT2, all three collected yesterday from storage in the New Forest. In a few minutes, Steve and I will climb aboard the Volvo to take them to Silverstone for a trackday organised by Club GT Events, a company for those with the cars, the time and the cash to sample Europe’s best race tracks and driving roads.

“I love trucks,” beams Paul, the Volvo now gleaming to his satisfaction. “I’m picking up the latest addition to the fleet next week: a new-generation Scania S650 V8. I can’t wait.” 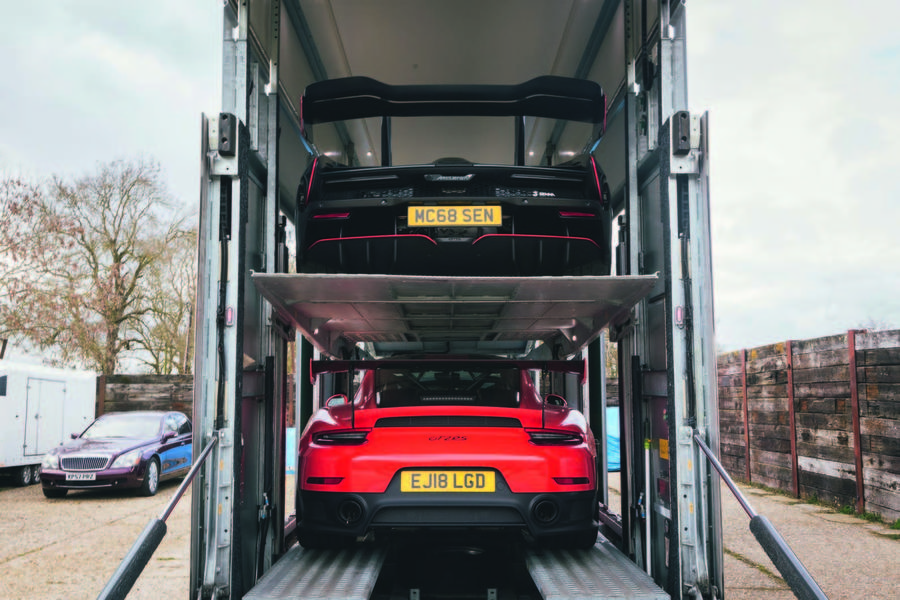 “It’s been exhausting,” he says. “Trucks like this Volvo cost £320,000 each and they have to earn their keep. Right now, we’ve got two trucks in Sweden, two in Ukraine, one coming back from Geneva and another bringing two Mercedes Formula 1 cars from Germany.”

The week before our visit, the company took nine Mercedes F1 cars to Silverstone for the launch of the team’s new season. Recently, it took cars for Porsche to the Arctic and Audis to Kiev for a TV commercial.

Its trucks regularly travel to Maranello to collect new Ferraris for UK dealers. In between, it rounds up cars for auctions and exhibitions, and, as it does for companies such as GT Club Events, delivers cars for individual clients to most of Europe’s supercar playgrounds. 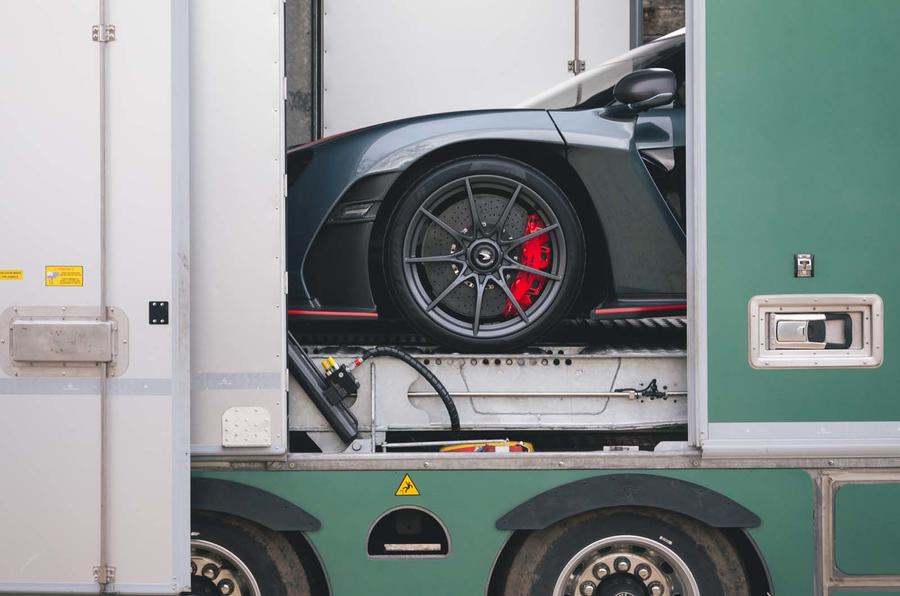 On one recent job a PGVM truck was carrying a Ferrari F50 GT and an F12 TRS – a one-off – and a Porsche 911 RSR. In circumstances like these, where the cars are not only valuable but irreplaceable, customers may insist on spreading the risk.

“Not long ago, we had to transport four F1 cars for Mercedes from testing in Europe,” says Paul. “We used two trucks but Mercedes wanted them to go on separate Channel crossings in the event that a ferry went down.”

Remarkably, Paul doesn’t know off the top of his head how many trucks PGVM has since their ranks are swelled by those he sub-leases to other operators. But on the subject of his own dedicated transporter fleet, he’s clear enough. 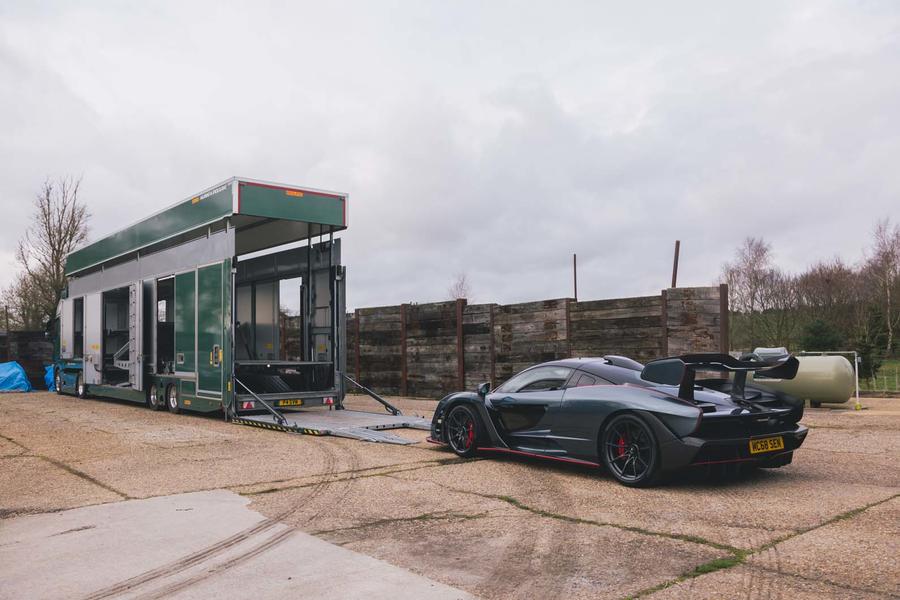 “There are three Rolfo covered trailers with extending roofs and three with extending backs for longer cars. Then there’s a four-car truck for large vehicles, and a two-car truck.

“We’ve also got two race trailers with tail lifts, like the Rolfo De Luxe we’re using today, where the car is too long to drive up a ramp without grounding it. Aston Martin uses one of them to take two Vulcans on the top deck and all their race kit below.”

After the short drive to Silverstone, we watch as Dan, Lewis’s 20-year-old brother, relieves the Rolfo of its precious cargo. I ask Lewis the secret to unloading a supercar without damaging it.

“The key is to take the trouble to find out if the car has features such as power mirrors you can fold easily and chassis lifting systems. On a Ferrari, the lift switch looks like a damper mode button and on a McLaren it’s a stalk on the steering column. 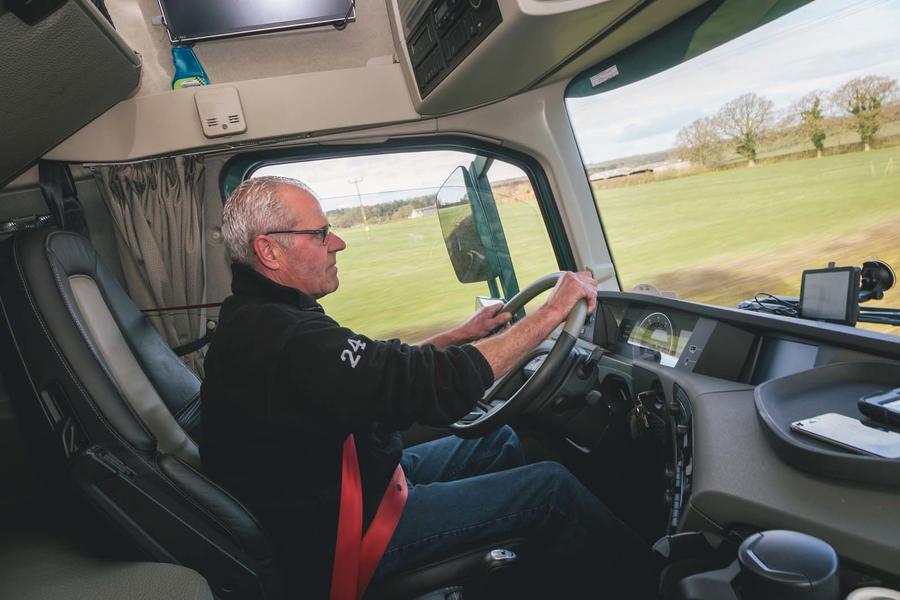 “And you must practise operating the clutch. A Testarossa’s is extremely heavy while the carbon clutch on, say, a 360 Challenge Stradale is impossible to use until it’s warmed through. I remember loading a Stradale that was on slicks. It was raining and as I pressed the throttle and let out the clutch to ease it up the ramp, the revs jumped and the back end squirmed. It was terrifying!”

Sadly, one brother who isn’t here is Lee. Ten years ago, aged 18, he was killed in a car crash. Like Dan and Lewis, he loved motocross. The company logo features his racing number, 24. “It reminds us that business is important but family comes first,” says Paul.

The pitlane garage at Silverstone occupied by Club GT Events, a company that organises trackdays and driving tours for thrill-seeking owners of supercars, is buzzing.

Drivers resplendent in their race overalls are happily fussing around their track-prepped Ferraris, Lamborghinis, McLarens and Porsches. Cheeriest of them all, though, is the chap reacquainting himself with the trio of cars, a McLaren Senna and 675, and a Porsche 911 GT2, that we have just witnessed Paul Grimshaw Vehicle Movements delivering safely to the circuit. He looks on as driver Dan backs the Senna carefully out of the company’s covered trailer. 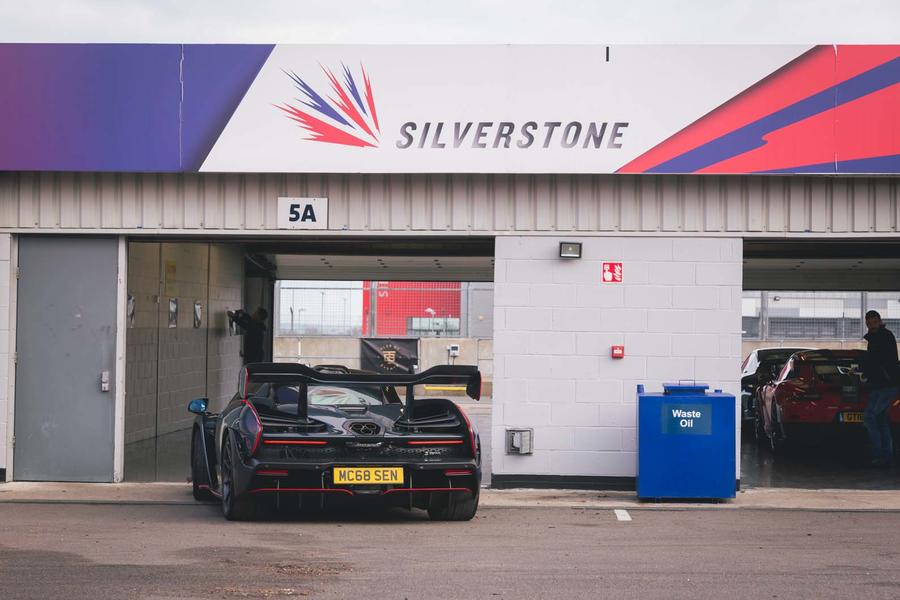 Circulating among the other guests, all of them deep in enthusiastic conversation against the cacophony of cars screaming down the nearby straight before lifting off for Copse, is Kevin Giblin of Club GT Events who has organised today’s experience.

“We hold six or seven Silverstone days each year plus as many days again abroad at other tracks,” he tells me. “We do factory tours, too, and everyone stays at top hotels. So that everyone gets the attention they deserve, there are never more than 10 drivers at each event.”

As the Senna heads out to the track, I make a mental note to check my lottery numbers.

This article was originally published on 16 June 2019. We're revisiting some of Autocar's most popular features to provide engaging content in these challenging times.

Yep, if I was forty years younger, this would be my job I’d like to think.

Yep, if I was forty years younger, this would be my job I’d like to think.

Reckon you are skilled enough to carry out the duties involved?...more than a touch of hubris there.

I'll bet it's a stressful job

I'll bet it's a stressful job.

Whilst not a fan of the senna it does look good from behind, like a batmobile.