BACK TO ALL NEWS
Currently reading: A day in the life of an award-winning takeaway delivery driver
UP NEXT
Hardcore BMW M4 CSL brings 542bhp, sheds 100kg

We meet Brian Loughans, British takeaway delivery driver of the year 2018, who thinks nothing of a 100-mile drive to deliver a curry
Open gallery
Close

To most of us that night in February 2018, it was the Beast from the East, but to one impatient householder waiting on his takeaway order, it was going to be the Feast from the East: a chicken jalfrezi with pilau rice, two naan bread and a side of pickles.

Not even the sight of the delivery driver who’d braved the heavy snow to bring it to him and was now shivering on his doorstep holding the precious food in his outstretched hands could melt his heart. 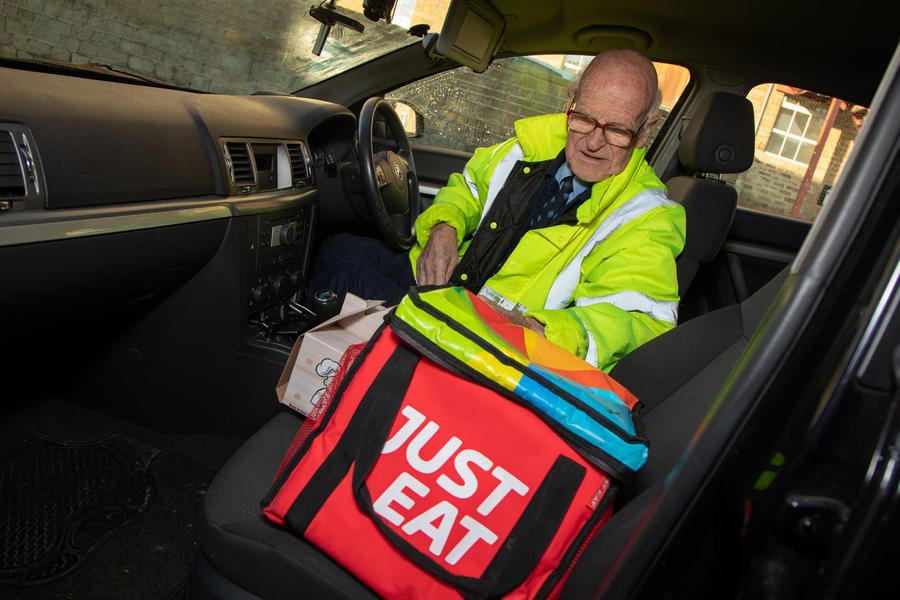 “If it’s cold, I ain’t paying,” he grumbled, taking the bag. As the man made to slam shut his front door, his wife and daughter appeared at his side and peered at the ashen-faced driver.

“Oh my God, that’s the man who rescued us just now when our car broke down in the snow!” exclaimed the woman.

“He picked us up and took us as close to home as he could before he had to make his next delivery,” said her daughter. “He’s a hero!”

Humbled by the driver’s act of kindness and shamed by his rudeness, the man began to apologise. Too late: like all the best heroes, the takeaway driver, Brian Loughans, hadn’t waited for thanks but instead was making his way back through the Arctic blizzard to his car, his mind set on ferrying another curry to a starving customer sprawled in front of their gas fire. 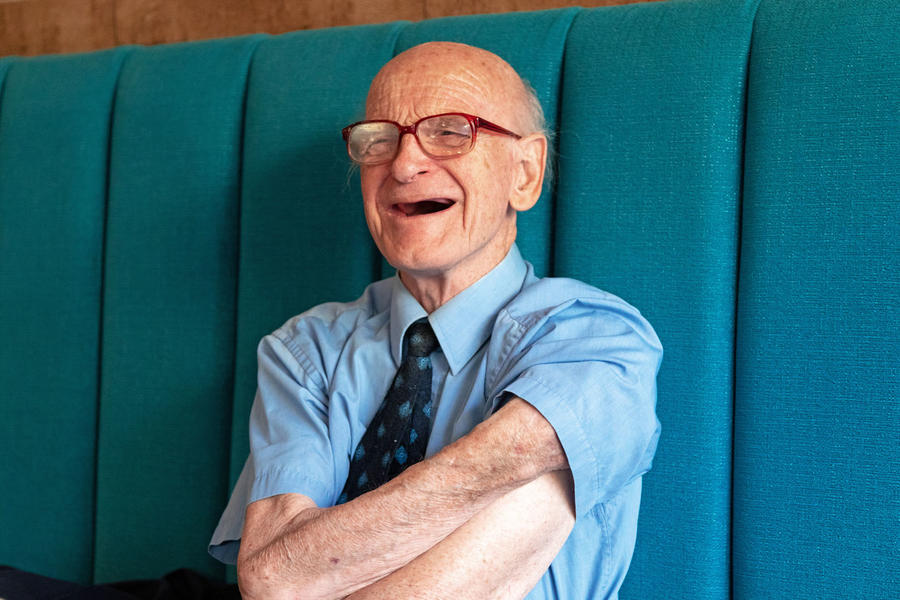 “Brian ended up delivering both the takeaway and the customer’s wife,” read the award, presented to him by David Walliams. “He hasn’t missed a single shift and might just be the oldest delivery driver in the UK.”

Brian started delivering meals for Kipling’s restaurant in Sowerby Bridge, West Yorkshire, three years ago. He was offered the job by the restaurant’s owner, Mohammed Rafiq, or Raf for short, after another driver failed to turn up one evening.

“Brian had been a taxi driver in the area for 40 years and was delivering leaflets for us at the time,” says Raf. “I knew he’d be efficient and dependable – he knows the area so well, he doesn’t need a sat-nav – so I asked him if he’d cover for the other driver. 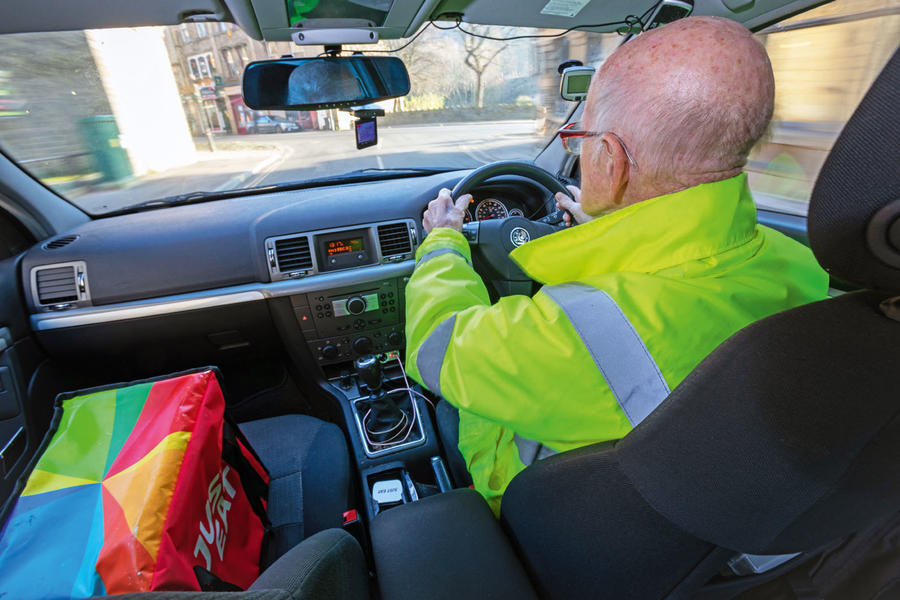 “I was right to take him on. He’s always courteous and dresses in a suit and tie. He’s a great representative for my business. We might make the finest food but it’s the way Brian hands it over to our customers that leaves a good taste in their mouths, and not a bad one.”

As you’d expect of an 82-year-old Yorkshireman for whom life hasn’t always been easy (he was made redundant from his job repairing TVs and fell into taxi driving and delivering Yellow Pages to make ends meet), all the attention appears to have gone over Brian’s head.

“It’s nice to have won the award but I don’t like having my name up in lights,” he tells me when we meet at Kipling’s. “I just do the things that need to be done.”

Like, on one occasion, delivering a takeaway to a customer in West Bromwich, over 100 miles way.

“He was hosting a big family gathering,” says Brian. “He’d lived in Sowerby Bridge and knew Kipling’s. The food cost him £250 and delivery another £200.” 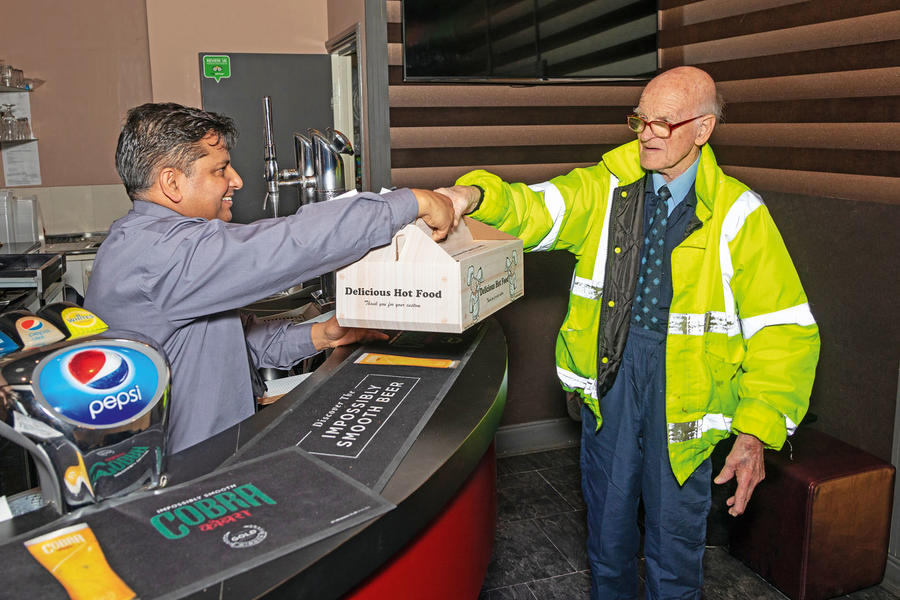 Given Brian’s age, the restaurant is happy to let him work only when he wants to. He does about 10 hours a week, making up to 60 deliveries, most no farther than five miles.

“I don’t use a sat-nav,” says Brian. “If I’m not sure, I just wind down the window and ask for directions.”

Brian’s current tool for the job is a Vauxhall Vectra; a 1.8 hatch registered in 2007 that he paid £1500 for a year ago. Then, it had 68,000 miles on the clock, but 12 months later, it’s showing 90,000. Not all of it is takeaway mileage. Brian also drives for Revcom, a volunteer organisation that provides charities with radio communication. The work takes him as far south as Somerset.

“The Vectra’s a very smooth car but it’s been through two clutches since I got it. I can’t understand why,” he says, before moments later reversing a short distance for photos, generously slipping the clutch as he does so…

Still, his point is that with his old Cavalier, he’d got a clutch change down to just 20 minutes. “The Cavalier was easily repairable, which is important when you’re taxiing,” he tells me. “A replacement clutch plate was £35. For the Vectra, it’s £250.” 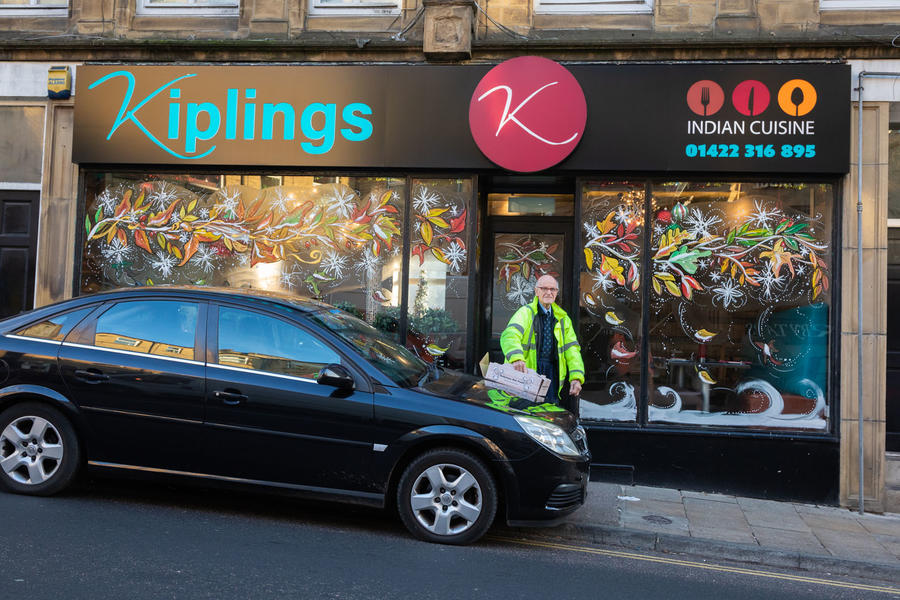 His mistrust of the Vectra probably explains the toolbox he carries in its boot, except that when I open it, I find it’s stuffed with emergency rations: sachets of Cadbury’s drinking chocolate, a flask and a bottle of Benylin cough medicine. “I never go anywhere without it,” he tells me.

Brian’s past cars include a Hillman Hunter, Avenger, Ford Consuls and a series of Ford Cortinas, one of which he bought with 92,000 miles on it and sold with 330,000.

“The Cortinas were dangerous in the wet,” he says. “Of them all, the Cavaliers were the best. You could go anywhere in them.”

Brian hates the image of delivery drivers as go-faster idiots. “I always make sure I’m in a safe place; a reasonable distance from the car in front and always observing what’s going on. I drove for a team of emergency doctors for a few years. When one of them was on board and on a call, I was allowed to break the speed limit. That taught me the value of good observation.”

I’m surprised, then, when Brian admits he recently got a speeding ticket for doing 36mph in a 30mph limit. 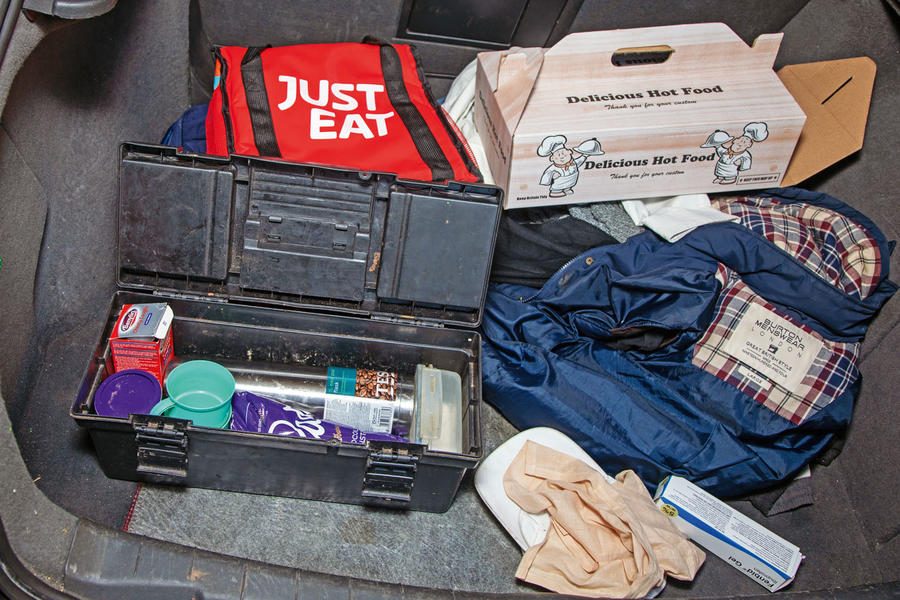 What Brian can prove, though, is that he’s officially Britain’s best takeaway driver.

It sounds a bit like ‘getaway driver’, but as the air fills with the stench of burning clutch and he motors carefully down Sowerby Bridge high street, one arm poised to save a loose chicken jalfrezi from falling into the footwell, getting away is clearly not anything the town’s popular, award-winning driver will be doing any time soon.

This article was originally published on 10 February 2019. We're revisiting some of Autocar's most popular features to provide engaging content in these challenging times.

The confessions of a cabbie​

The most important man at VW you've never heard of​

we need more of these

dedication to customer service is the way to get business, i do think though this guy deserves a slightly better car though if hes going to start travelling 100 miles plus!!

Seems not to bothered about slipping the Clutch either, but this job at his time of life is what keeps him going, I hope I’m like him in his approach to later life....

Seems not to bothered about slipping the Clutch either, but this job at his time of life is what keeps him going, I hope I’m like him in his approach to later life....

Well, well, well...xxxx under another name...your comment on the Bernie story, 2 May 2020, feature a not dissimilar wish about your old age. Why wait, try to take his approach to life on board NOW. :)

There are Drivers like him up and down the Land, and like him at 82 keep him going, busy, something to do in there twilight years.