BACK TO ALL NEWS
Currently reading: Audi confirms six new RS models to be revealed this year
UP NEXT
Supercars to e-bikes: the story of Romans International

Audi Sport will significantly broaden its line-up in the next year, with a new preview image showing the number of new RS models due to launch before 2019 is out.

We will also see RS versions of the new Q3 and Q3 Sportback, alongside a facelifted version of the RS4 to round out the 2019 A4 range, and a range-topping RS Q8.

He said: “We have to stretch our portfolio and the SUV segment is the segment with the most growth. There is high demand from our customers for high-performance SUVs. The RS Q8 we will launch this year. There is really, really high demand for this type of car.” 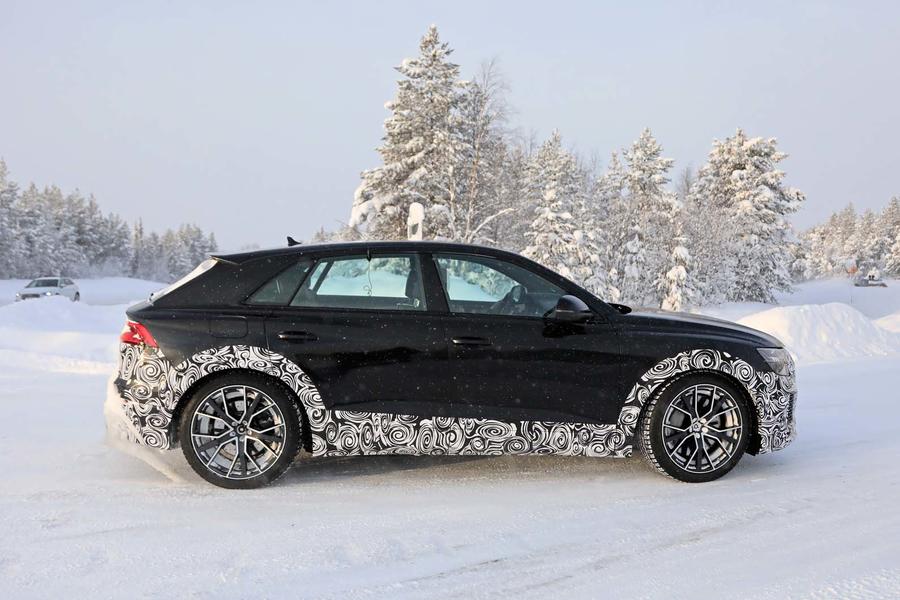 The Q3 Sportback, a coupe-styled version of the Q3, will also join the RS6 and RS7 as an RS variant at September's Frankfurt motor show. Expectations are that it will retain the inline five-cylinder unit of Audi's smaller RS models, putting out around 400bhp and making the SUV capable of 0-62mph in around four seconds.

Hoffmann, who was recently promoted to the position of managing director after a stint as engineering boss following the departure of CEO Michael-Julius Renz, indicates driveline electrification will play a key role in enhancing the performance of Audi Sport’s RS SUV models.

Doesn’t offer as much pace or fun-factor as some in the class, but does technology, dynamic versatility, refinement and cruising range better than most.

“If you have the SUV segment with the higher weight, it’s easier to implement a hybrid drivetrain. It’s easier because of the packaging and the higher weight,” he said in an interview at the recent Nürburgring 24-hour endurance race. He added: “For sure, we will increase electric for our RS models in the future.”

Wouldn’t it be good if all the Cae makers could get together and design a Car we can afford, that does what we all want from it?

Unfortunately, where I live

Unfortunately, where I live and work, RS Audis are almost entirely the preserve of the idiot drivers, for whom speeding, going through red lights, and being on your mobile all the time is the norm. RS SUVs will give them something bigger and heavier to scare you with.

The only difference between a

The only difference between a 'hot' SUV and an Airbus A320 is that the Airbus is much faster and far more exciting.

Sooner or later, the scales will fall from buyer's eyes.