Audi is set to launch an all-new and more powerful RS6 Avant, and has invited members of the Audi Sport Drivers Club to an exclusive viewing on 5 September prior to its public unveiling at the Frankfurt motor show.

An accompanying image shows the performance estate's rear, highlighting details of the brake light design that were not obvious on disguised prototypes recently seen lapping the Nürburgring.

Spyshots reveal that the wider body of the recently launched A6 Avant won't swell as much as the outgoing car, but chunkier wheelarches still feature alongside the trademark growth in air intake and wheel size.

Like its bigger brother, the RS6 will pack a twin-turbocharged 4.0-litre V8 petrol unit, as used by the Porsche Panamera Turbo and Lamborghini Urus, to offer around 605bhp. That’s the same power output quoted for the limited-volume RS6 Avant Performance and 43bhp more than the previous regular RS6. The new engine is also said to deliver an extra 37lb ft, at 590lb ft. 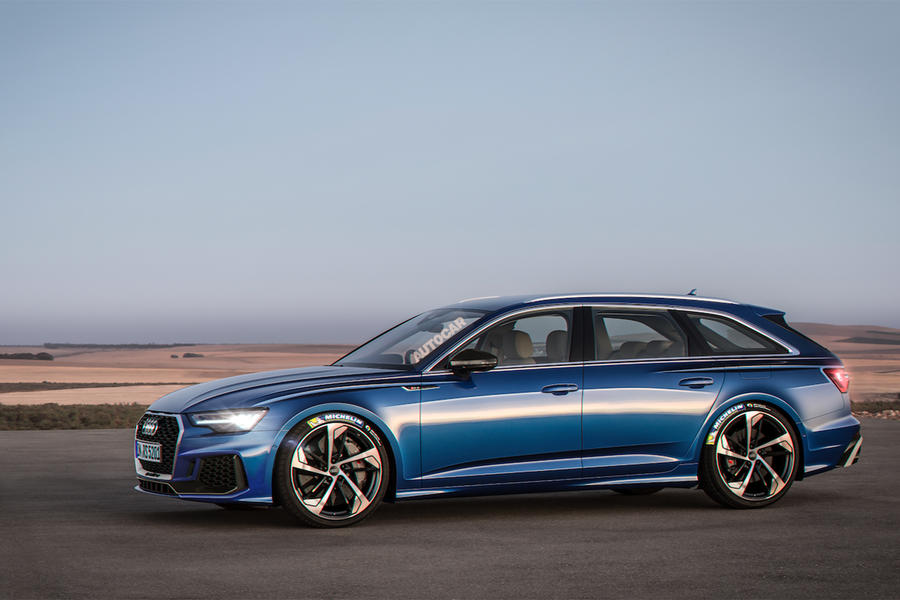 Drive for the RS6 will be sent to all four wheels via an eight-speed torque-converter automatic gearbox and traditional Torsen torque-sensing quattro system. It will be built alongside the technically related RS7 at Audi’s Neckarsulm plant in Germany.

The new RS6 is also set to have a near 80kg reduction in kerb weight largely thanks to the use of a second-generation MLB structure. As a result, it looks good for a 0-62mph time of around 3.6sec – 0.1sec quicker than the time quoted for the RS6 Performance. Refinements in aerodynamic efficiency are also set to give an incremental rise in top speed to 193mph.

The RS6 will arrive after the fifth-generation S6, which is also due in 2019 in both saloon and estate forms. The new S6 will swap its predecessor’s 4.0-litre V8 motor for a twin- turbocharged 2.9-litre V6, which is both lighter and more potent. It’s expected to deliver in excess of 450bhp and 406lb ft via an eight-speed automatic gearbox and quattro four-wheel drive.

Can you feel it?

Yep,feel, that’s what most Car testers in various top Car mags say about an Audi, the lack of Feel through the Wheel, they may well be fast, corner well, but if you can’t get genuine feel to what the Cars doing, your at 9/10ths all the time..!

Re the amount of power, it's important for those of us of a certain age (65+) to be able to get away from roundabouts and other situations ahead of the pack - and preferably in a car with understated looks.

However, as I may have stated previously (I can't remember!), Audi must address the issue of the styling at the front of their cars across the range: the Audi emblem should take pride of place at the centre of the grille, with the number plate lower down.  All the company's main rivals understand this, so why not Auto Union? Whoops, that dates me!

It'll have ballistic acceleration alright, occasionally deployable for a few seconds to the extent permitted by the electronics, and an interior built to Lexus standard, also a crap ride from beginning to end of every journey.  I like a roller coaster but wouldn't want to be stuck on one for 3 years.