BACK TO ALL NEWS
Currently reading: 2019 Audi A4: pricing for facelifted executive car revealed
UP NEXT
Worth the weight? Lotus Emira first ride

BMW 3 Series rival has received a raft of revisions as part of a mid-life facelift; prices start at £30,725
Open gallery
Close

The updated Audi A4 range is due to go on sale soon, and pricing has appeared on some company car lists.

Although it hasn't been officially announced by the brand, an industry source confirmed to Autocar that the 2019 A4 will start from £30,725 in base Technik form with the 35 TFSI petrol engine. The 188bhp diesel is automatic-only and priced from £34,480.

Those figures represent an increase of around £1500 over the previous entry-level SE spec. However, technology and kit upgrades will help justify the list price increase, as will competitive leasing costs.

The non-RS range flagship at launch will be the newly diesel-powered S4. That's priced at £47,295 in standard trim, with higher-spec Black Edition and Vorsprung models also available. 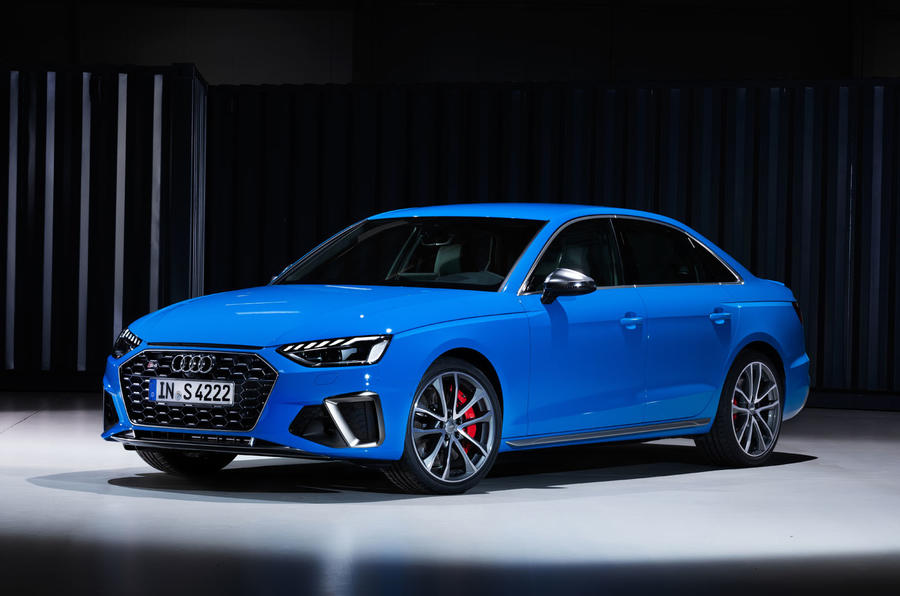 In an attempt to keep pace with rivals such as the new BMW 3 Series, the compact executive saloon has received an exterior and interior revamp to bring it in line with Audi’s current design themes. The firm says the changes are more substantial than is usual for a facelift, and include a range of hybridised engines.

The S4, a rival to the Mercedes-AMG C43, will be offered in Europe purely as a mild-hybrid diesel, with a 3.0-litre engine mated to a 48-volt integrated starter/motor for a total output of 342bhp and 516lb ft of torque.

The S4 will be offered with an eight-speed automatic gearbox and all-wheel drive, with sport suspension as standard and a sport differential and suspension with damper control available as options.

The entry-level 35 TFI and 40 TDI will be offered after launch with a manual gearbox as standard. All other models will be automatic as standard. Seven and eight-speed ’boxes will be used, with a six-speed manual following as an option. Entry-level A4s will be front-wheel drive, with Audi’s quattro all-wheel-drive system available on higher-spec models. 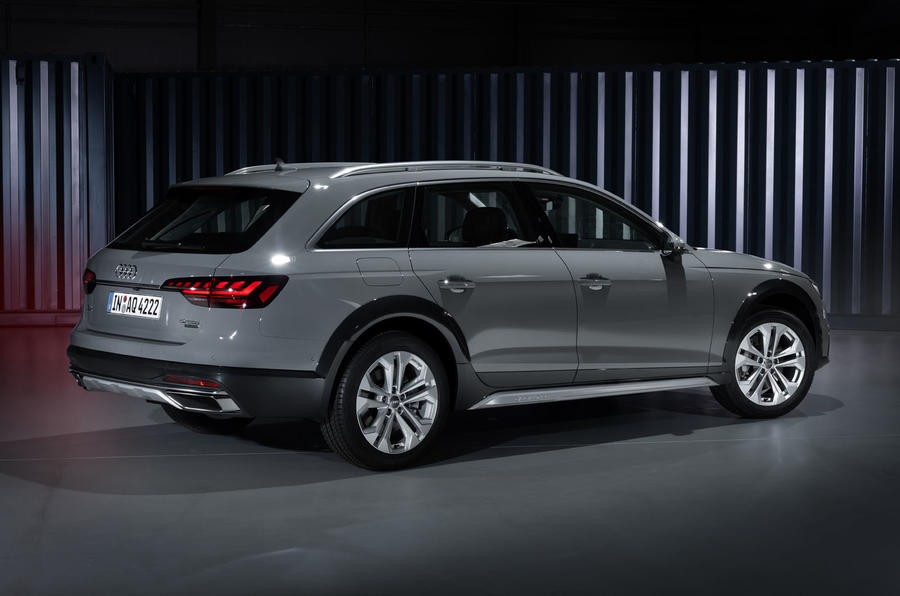 The A4 will be sold with standard and sport suspension, with two adaptive systems available. Those systems work with damper control and feature a Comfort mode that lowers the ride height by 10mm and a Sport setting with a 23mm reduction in the ride height.

As for the design, the A4 will now feature a wider and flatter grille, with a revamped side profile that has sharper, more sculpted shoulders and clearly defined lines.

Audi’s design team has also introduced more bespoke styling elements on the S line, S4 and Allroad quattro variants, including bespoke grille designs, in order to give each a more distinctive identity. 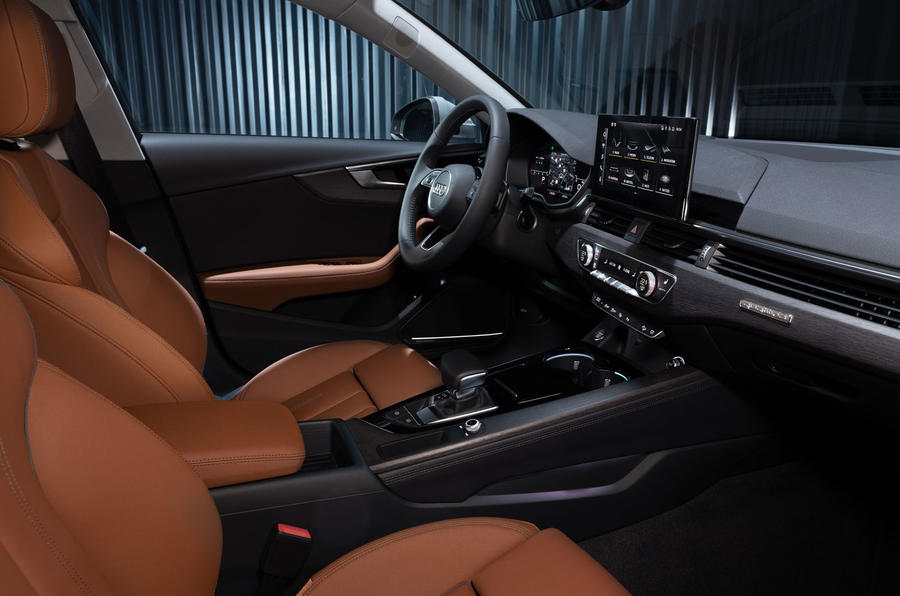 The revised interior is built around the latest version of Audi’s MMI infotainment system, featuring a 10.1in touchscreen. That screen can be operated by using touch or voice control. Audi has scrapped the rotary controller that appears in the outgoing model. A full 12.3in digital driver information display and head-up display are available as options.

The revised A4 will be offered with a number of driver assistance systems, grouped into three packs. Options will include automatic cruise control, which, Audi says, can use ‘car-to-x’ navigation data from external devices such as traffic signs to increase accuracy. 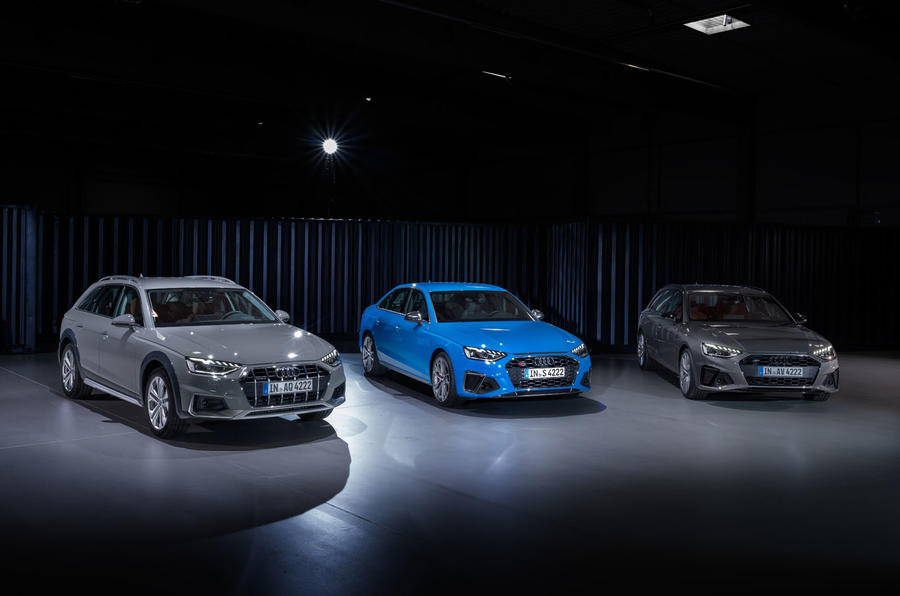 What did you focus on with the redesign?

“The A4 is a well-proportioned car, but the old one was occasionally called a little boring. We’ve put a lot of life and energy into it. We didn’t want to change the design principles, but we wanted to make a statement.”

How did you do that?

“The design is now a lot richer, more expressive. We’ve focused on the detail, with the use of 3D design elements, chrome parts and other small things that can make a big difference.” 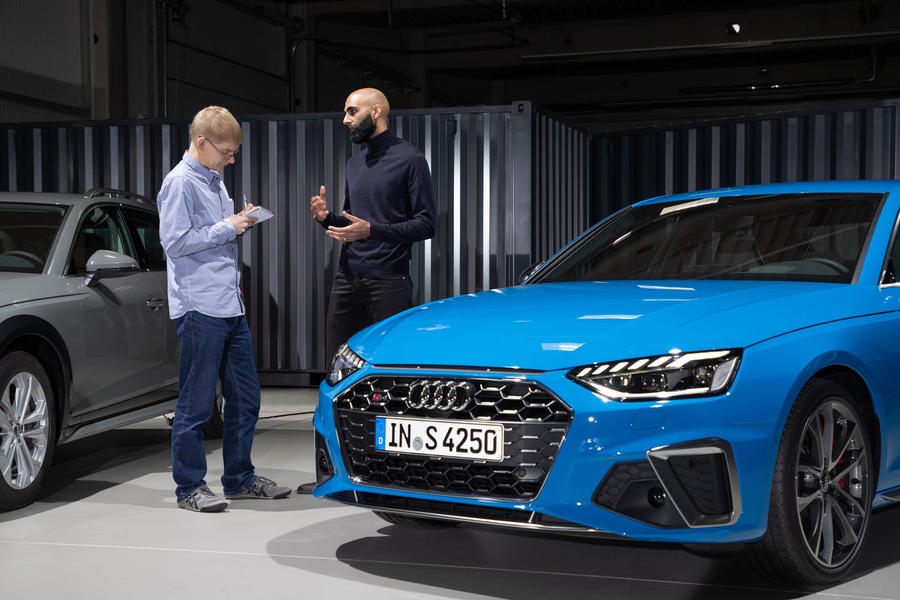 What are the challenges of doing a facelift design?

“The fixed points were all designated six or seven years ago, so we have to work around that. That gives some limitations, but we’ve evolved the A4’s design substantially.”

Why focus on differentiating the S4 and Allroad quattro?

“We wanted to give each variant its own character. We’ve been criticised before for making every model and variant look similar, so now each model has its own character, and every car inside that model family does, too.”

Ditching the MMI controller is a massive mistake in my opinion. Having something tactile and always in the same place to control critical functions is always better. It encourages you to use muscle memory instead of having to double check what you've done.

I have a touchscreen system in my Mondeo, trying to press the play/pause button on the podcast i was listening to took 3 attempts to register the correct action. First, no interaction was recorded, second the Android Auto home screen scrolled up and actually hid the music controls and finally the third attempt actually regitered my intended action.

I like Mazda's approach of actually moving the screen further away (so that it's actually in your natural eyeline when driving) and forcing you to use the rotary controller.

Will diesel be around “a little longer people”?

One commentator suggests “diesel will be around a little longer people”. Well the option to buy a diesel powered car might be around a little longer but that does not mean people will buy one. Only the German makers are till keeping diesels in the catalogue but aging had a chat with a BMW dealer recently about the new 8 Series the 840d version is sitting on the forecourts like a limpet while he can shift the much more expensive M850i but has been fielding enquiry after enquiry about the new and as yet not delivered 840i. The orders are full for the 840i for months. Similar story for the new 3 Series too, everyone wants a 330e or 320i very few want a 330d and on,y corporate buyers are looking at the 320d. Apparently this is common throughout the dealer group he works for. Also I am not after either an 8 Series or a 3 Series so the chap had no reason to bulls**t me as my car was only in for a service. So you might see the diesels in the brochure but not many on the road.

Why are the pictures all of the old version?