BACK TO ALL NEWS
Currently reading: April Fools' Day 2017: the best jokes from the car industry
UP NEXT
New Volkswagen CEO Schafer to make brand "loved" again

April Fools' Day 2017: the best jokes from the car industry

Once again, the car industry has tried its hardest to pull our leg; here’s our rundown of the best efforts this year
Open gallery
Close

It's April 1, and you know what that means - the car industry is coming up with its weirdest and most 'out there' ideas it can for April Fools' Day. Take a read through this year's offerings below. 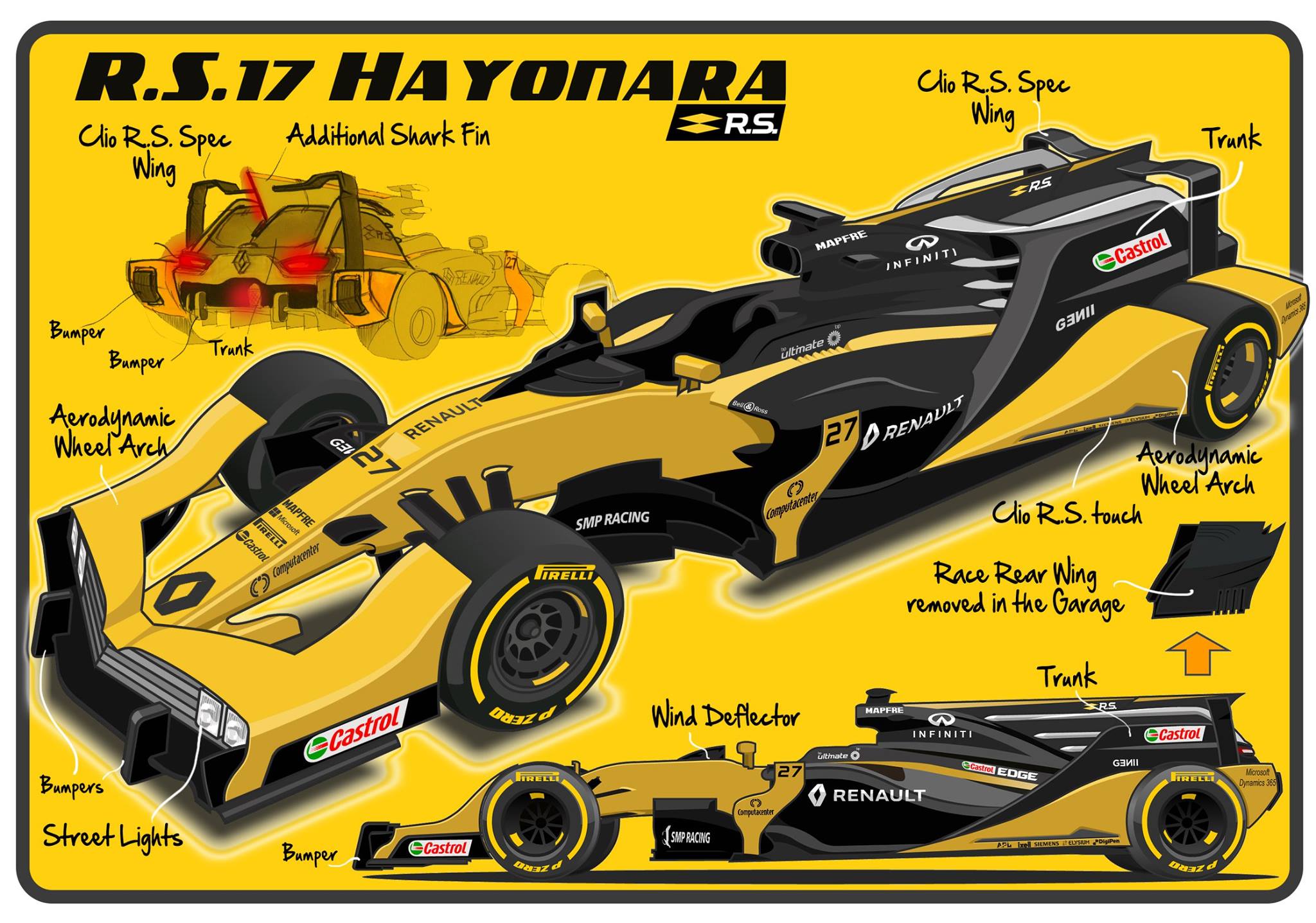 Renault Sport has officially announced the R.S.17 Hayonara; the world's first Formula 1 hatchback. It's got a big, 300-litre boot, Waitrose car-park-friendly bumpers and a Clio RS-spec wing, and is sure to give the Aston Martin Valkyrie a run for its money. It's a winning Formula, so let's hope they race to put it into production.

Verdict: Our road testers already have a fighting tournament on to decide who gets to test it. We're going to have to knock marks off for not building a working prototype though, BMW M3 Pickup-style. 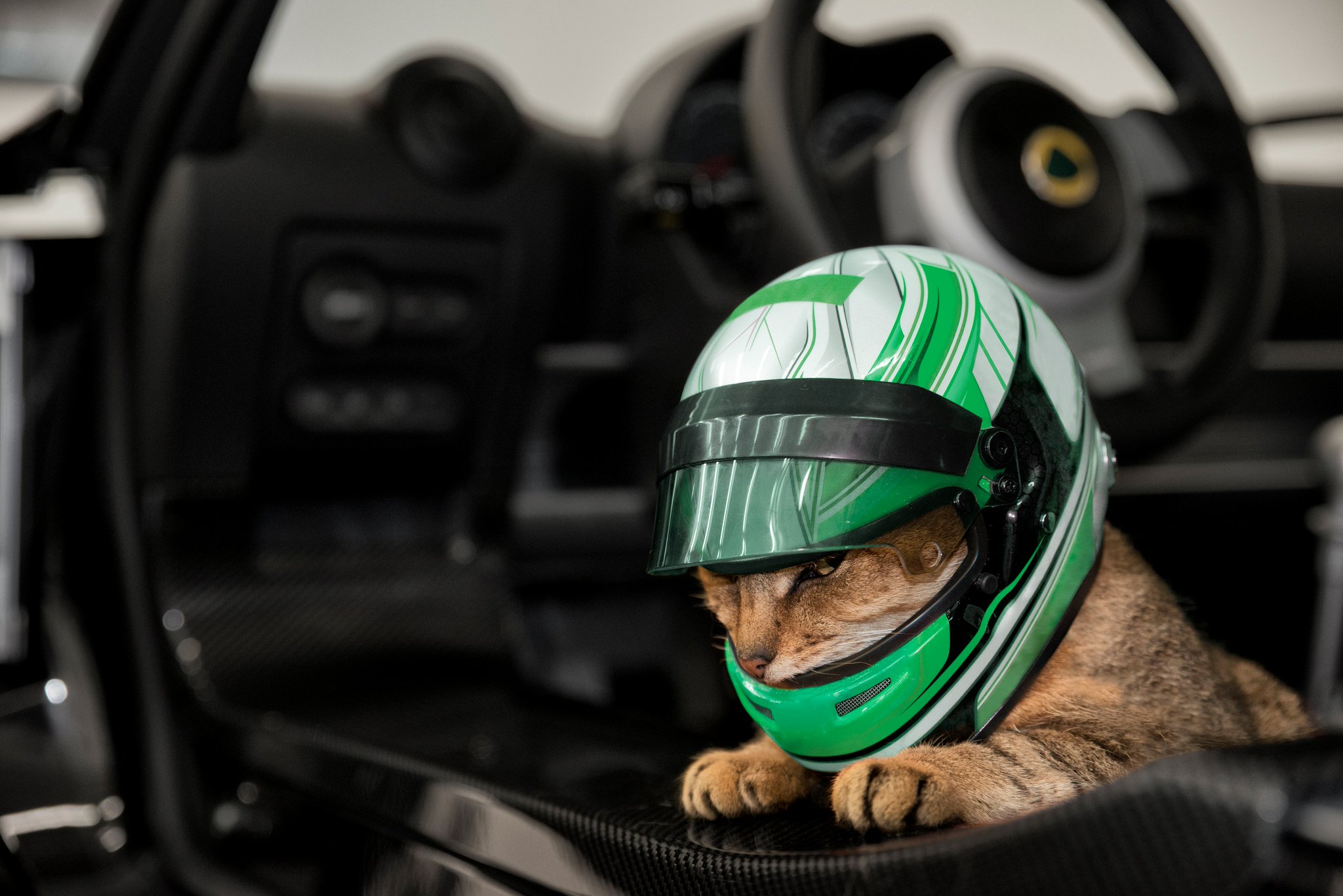 Got a cat that wants to join you in your Lotus on the track? Better get it a Lotus Pet Lid - a helmet built especially for cats. Hurry up though, they're only available until noon.

Verdict: It's thoughtful, but we're not sure how many cats would enjoy being thrashed around a racetrack. Give us some sort of harness too, Lotus! McLaren had us all a flutter when it revealed its MSO-made Feather Wrap, made up of 10,000 carbon-veined faux feathers. Fortunately (or unfortunately, depending on your lack of taste) it’s just a flight of fancy; an April fools’ joke which will never spread its wings.

According to McLaren, the finish weighs no more than a coat of paint and contributes to aerodynamics by reducing drag.

Verdict: It’d be a great weight-saving measure if it was feasible, and it certainly put a cat amongst the pigeons, but we prefer the 570GT with normal paint, thanks. Note; would have achieved 4/5, had it been a Dacia Duster. 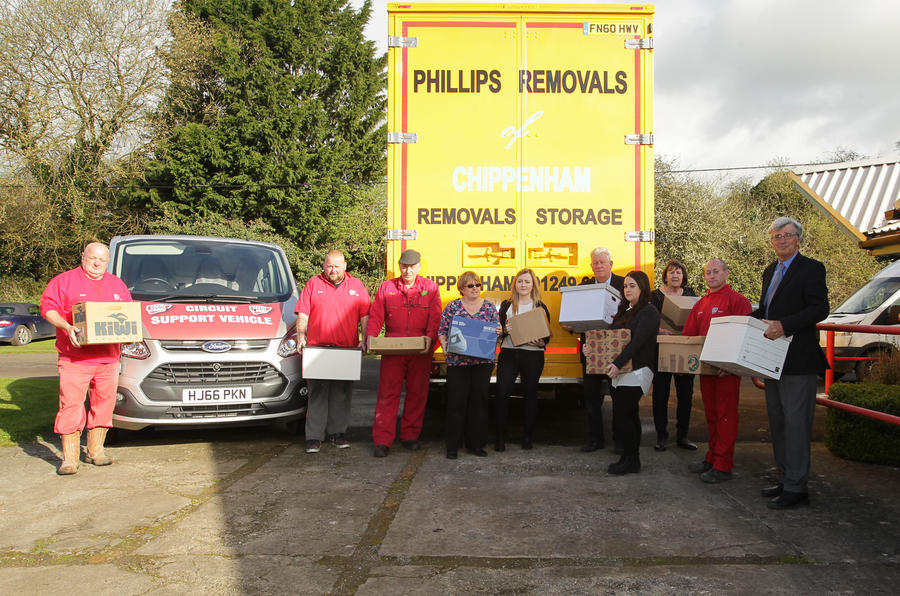 Famed circuit Castle Combe has suc-Combed to the pressures of Brexit, and the management behind the circuit has announced its imminent relocation to the Orkney Isles over the next three years. The start/finish line is currently being dug up; work is on track to finish in the summer of 2020.

Verdict: It's ambitious, current and the Orkney Isles are very very pretty. We're pretty sure a few Autocar staffers would help with the move, too. 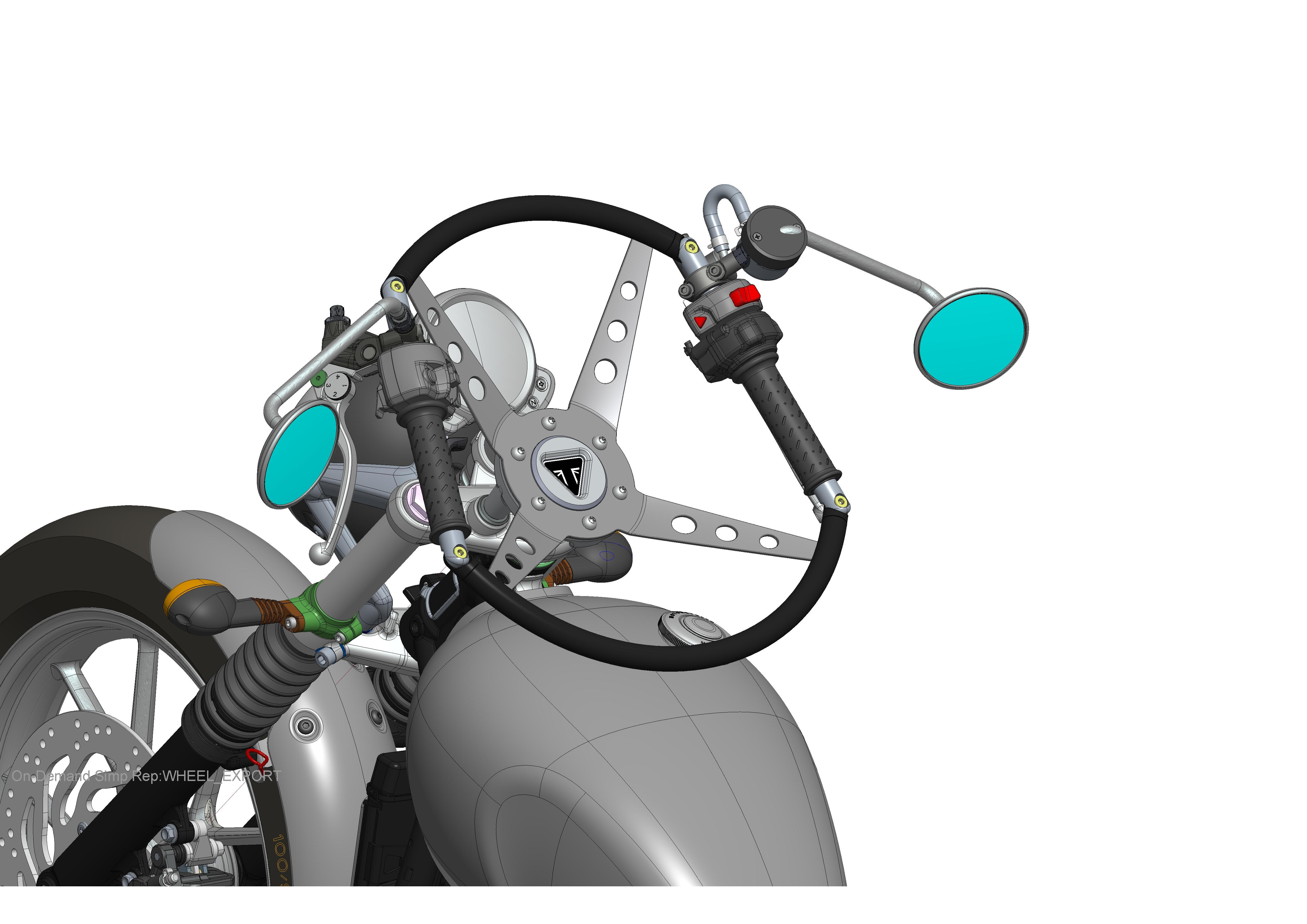 Motorcycle company Triumph tried to fool us with its steering wheel attachment; an attempt to attract more car drivers by attaching a 260mm diameter steering wheel to the handlebars of its motorcycles. We don’t think this one’s a steer in the right direction, and that it’s a wheely bad idea.

Verdict: As if the £300 price tag wasn’t bad enough, the safety implications don’t bear thinking about, and the idea just isn’t as well-rounded as it could be. Two wheels are better than three. 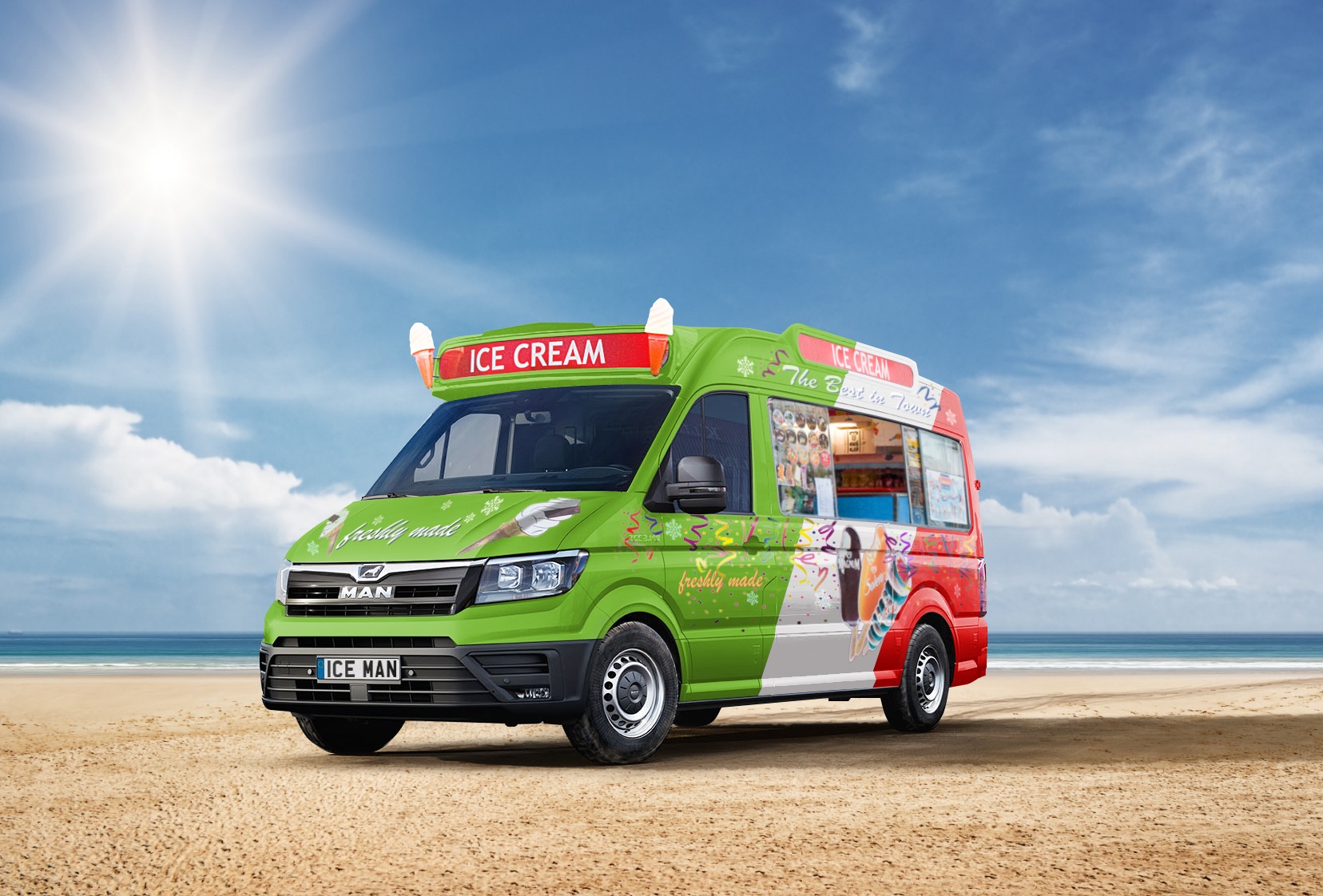 Van company MAN have announced that it has a one-day-only offer on, for customers to buy the Ice Cream MAN; a special-edition ice cream van. The van boasts 99 special build features as well as a smooth drive, says the company. Unfortunately, this scoop seems a little flaky, and its likelihood is quickly melting.

Verdict: It’s tangible, and we’re sure MAN would find custom, but offering it for one day only would make it come to a sticky end. Another Emoji display? Yes, but this one's from MG, and uses 'the infusion of LED technology into both front and rear windscreens, enabling drivers to communicate their innermost thoughts via huge emoji icons' - M.I.C.E. stands for 'MG Inter-Car Emoji' - a bit cheesy if you ask us. We smell a rat.

Verdict: MG says the tech is a hands-free tech, but the loss of forward visibility as swathes of the windscreen are blotted with angry faces, aubergines and wink emojis is a bit of a worry. 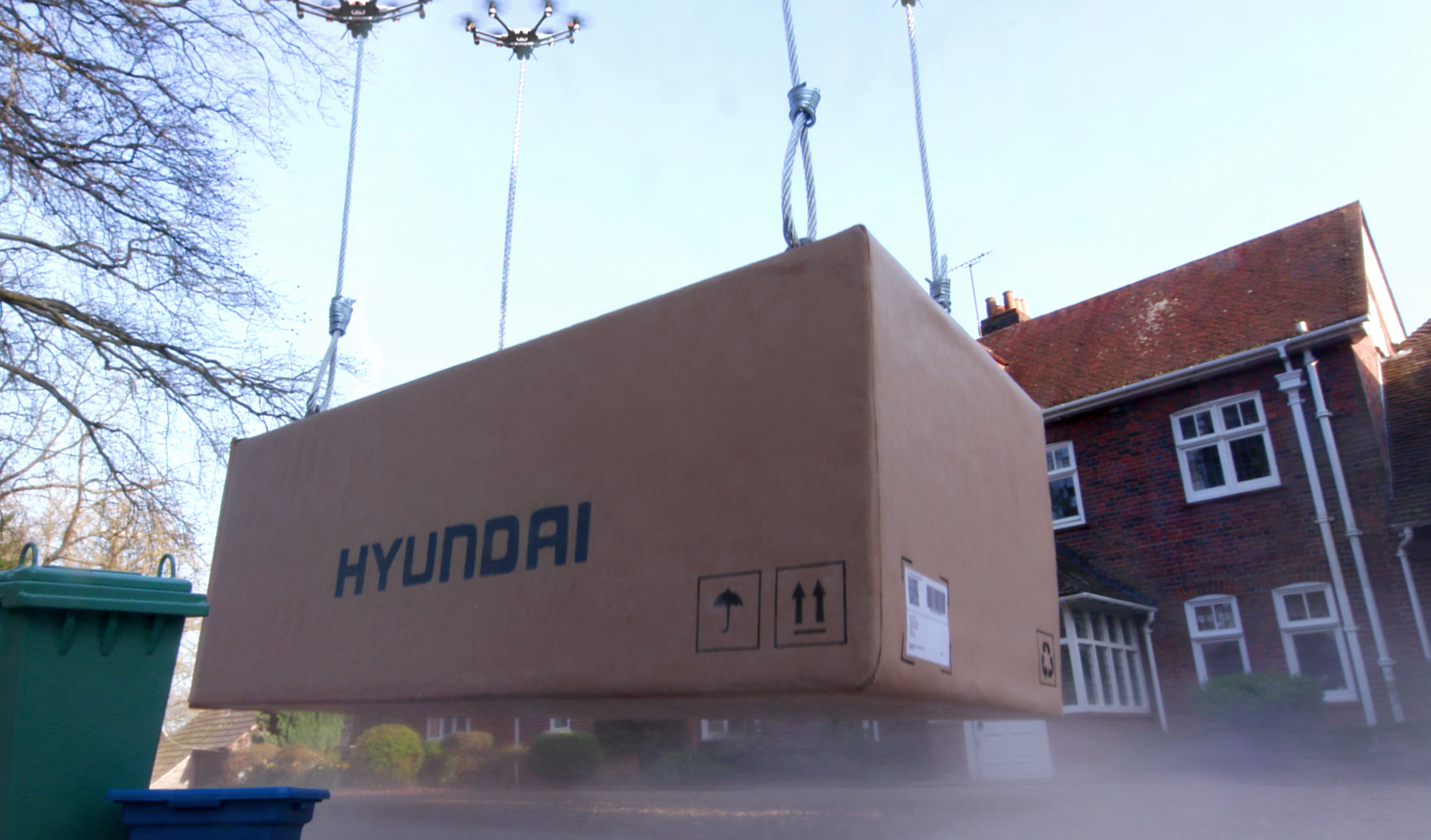 Hyundai all but had us fooled with this one; following from the brand’s launch of ‘Click to Buy’ online car buying, Hyundai has brought about ‘Click to Fly’ – a car delivery service carried out by hydrogen-powered drones capable of carrying up to 2000kg; enough to transport even the largest Hyundais.

Verdict: Can’t see this one getting off the ground, but in theory, it’ll have to be grounded for practical reasons.

Lane-hogging is annoying, we can all agree upon that, but Lexus’s Lane Valet software puts an end to it, for April Fools’. Lane Valet communicates with the lane-hogging car in front, and safely moves it to the appropriate lane, allowing the Lexus to pass. This idea has overtaken all the others as the best April Fools’ we’ve seen this year, although it’s quite a task to undertake.

Verdict: If only! Top marks for using the latest industry trends; connected cars and autonomy, and for coming up with a jolly good, if never to be made, idea. 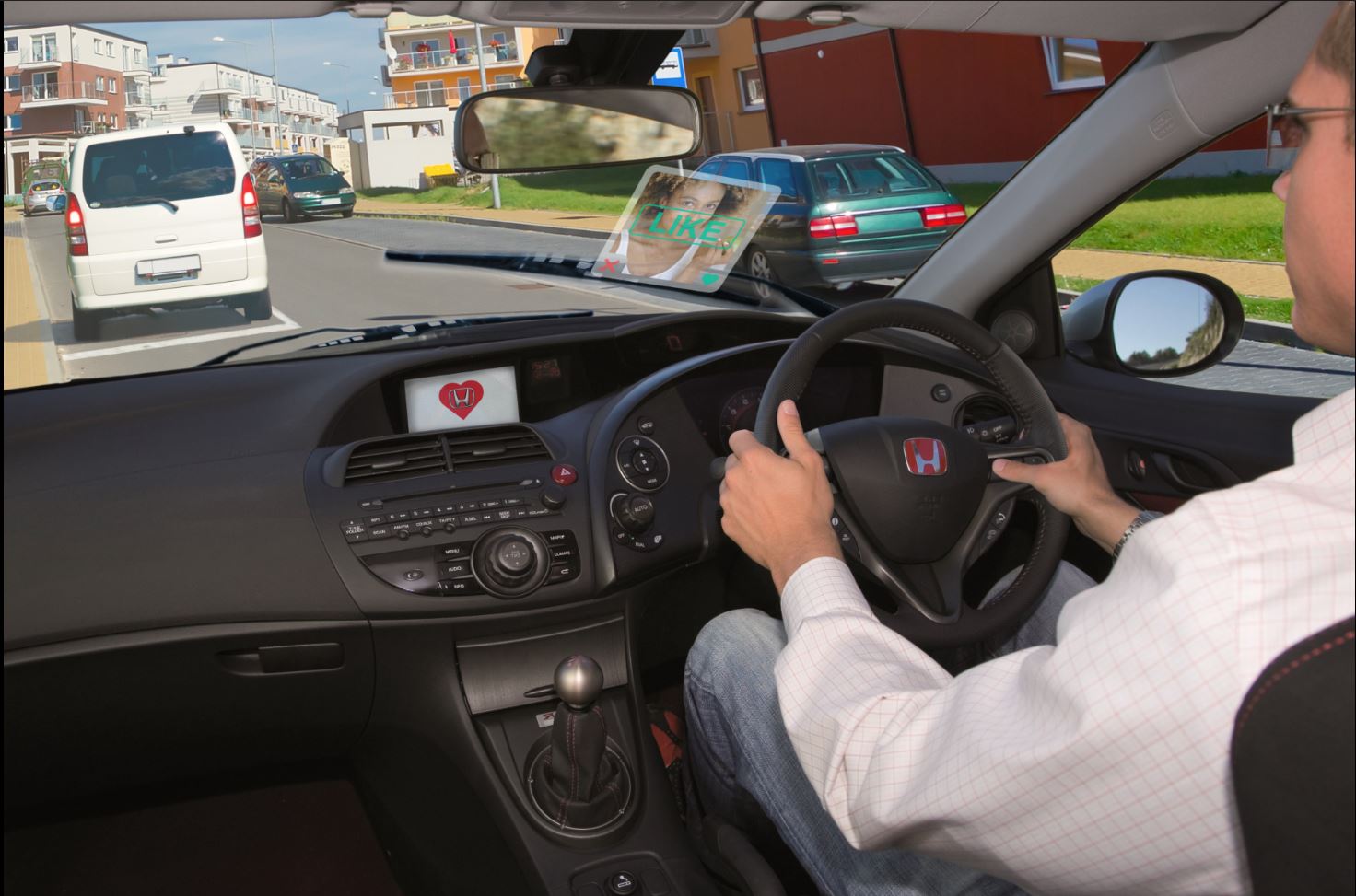 Honda’s H-Swipe in-car dating app allows drivers to swipe left or right on other users using the car’s windscreen wipers, using the windscreen as a display. It’s a hearty idea, but we haven't fallen in love with it yet, although at least Honda ensures the app is only used while the car is stationary.

Verdict: It beats the six points and £200 fine of getting caught using phone-based apps behind the wheel. Just.

It's a sunbed in a car. Tan out of ten (sorry) for the cringeworthy pun - Tandero would have been just as effective - but sunbeds aren't cheap, and Dacia's clientele might go pale upon hearing such a decadent option. Best wait for it to appear on a luxury car.

Verdict: Another which clangs the health and safety bell, but if Bentley owners have St. Tropez, surely this is a reasonable trade off? 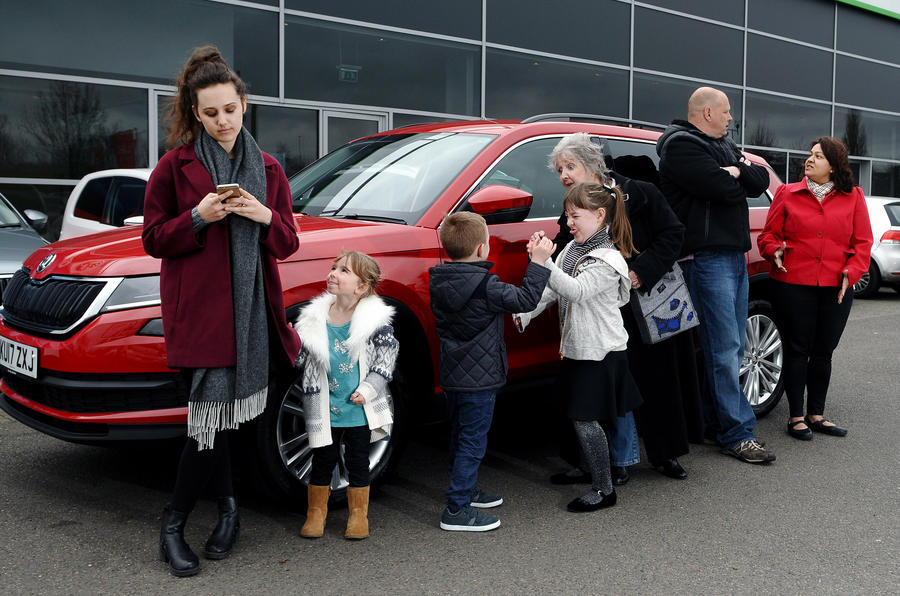 Want to test drive a Skoda Kodiaq but don’t have a spouse, 2.4 children and a dog to fill it with? Skoda’s April Fools’ effort this year allows you to rent a family and test its cars to the limits they were designed for. There’s a menu of family members on offer, so choose wisely!

Verdict: As long as there’s a terrible uncle (everyone’s got one) and grumpy grandparent on offer, then maybe; testing cars is Autocar approved, after all. 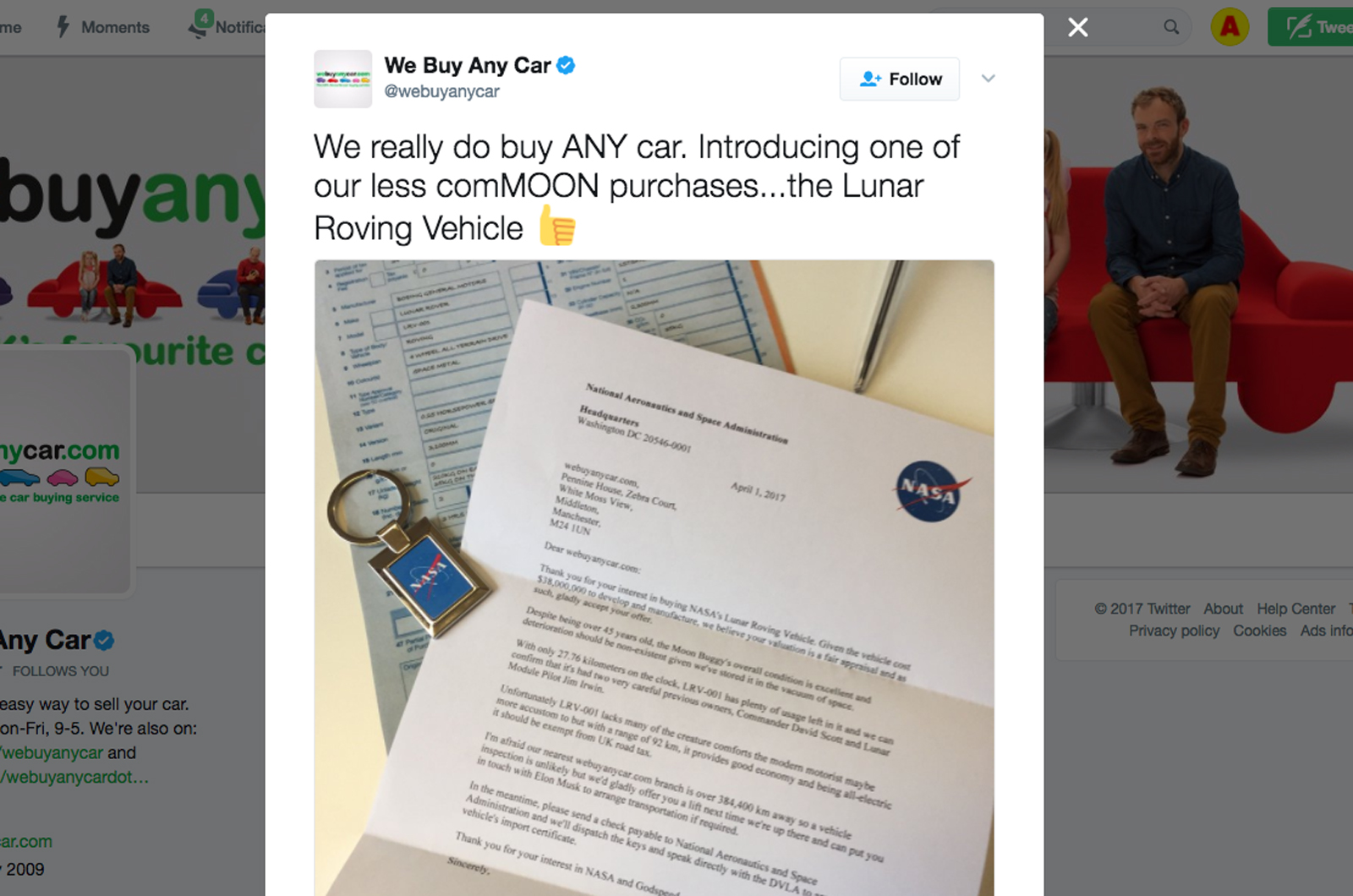 Car buying site WeBuyAnyCar has bought the LRV-001 Lunar Roving Vehicle from NASA, for an undisclosed sum. Pickup from the moon is yet to be arranged, but the amount the site paid has probably eclipsed that of its usual fodder.

Verdict: We're not sure WeBuyAnyCar has the means to retrieve it, plus it's almost certainly got some maintenance issues, having sat unused on the moon since 1971. 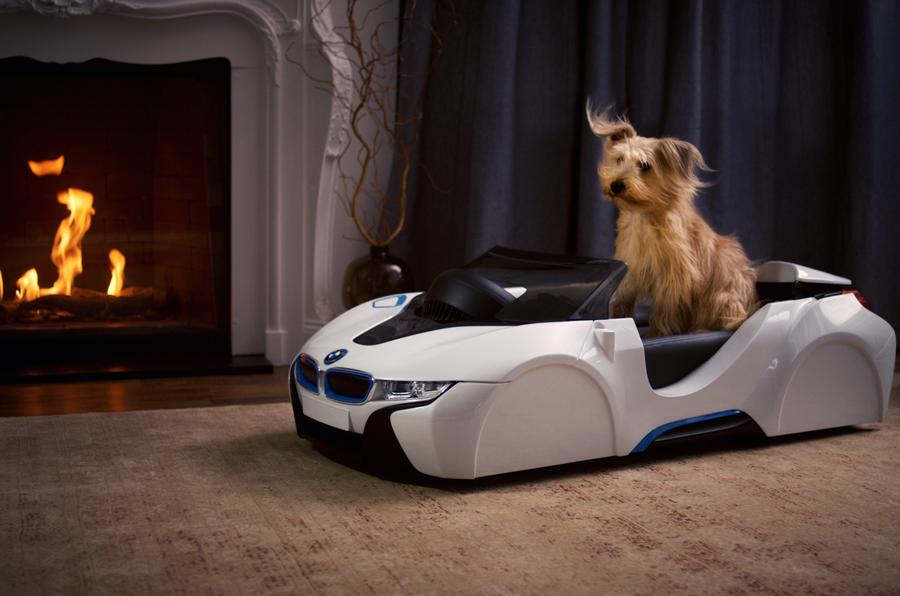 Oh my dog - BMW’s effort into this year’s April Fools’ collection is the dDrive dog basket – which uses BMW’s TwinPower Turbo Fan to give pooches the feeling of driving, without actually having to take them out in the car. And without the danger of dog decapitation. We'll be hounding BMW for a prototype.

Verdict: All of the benefits, none of the drawbacks; what’s not to like? Not sure it’ll go with the mahogany bureau in the corner, though.

10 of the most inappropriately named cars in history

Autonomous cars with emoji displays in the pipeline

The autonomous car that smiles at pedestrians

Surely Honda should make a performance version of their app?

I'll get my coat.

The worst April fool joke by some margin is a news story circulating that Volkswagen has bought Ferrari. Expect Ferrari SUV and diesel engines and more cloning and rebadging.
Deputy 2 April 2017

... are already owned by VW and have been better since they became part of VAG !
caustic_river 3 April 2017

Lamborghini and Ducati were both broke and they lacked the investment to continue developing new products. Ferrari have been making record profits year on year, and are doing just fine. Their sales still outstrip those of Lamborghini and for good reason - their cars are better. They really don't need VW.
scotty5 1 April 2017