BACK TO ALL OPINION BLOGS
Currently reading: Matt Prior: The wholesome appeal of bespoke coupes
UP NEXT
Inside the industry: does new UK legislation ignore in-car tech?

The purity of the new Toyota GT86/Subaru BRZ is a must for car lovers, so buy it so the makers keep building them
Open gallery
Close
Share story

Good news: there will be a new Toyota GT86 and Subaru BRZ. It’s not always easy for car firms to justify making cars like this, because they’re expensive to develop given how few people buy them. But the pair of sports cars (although, apart from different badges and colours, they’re the same thing, so worth referring to them as a single entity) are probably my favourite car of the past decade.

The GT86/BRZ arrived in 2012 weighing a little over 1200kg, with an engine in the front, naturally aspirated, driving the rear wheels through a manual gearbox (with a conventional auto option worth avoiding). With less than 200bhp, the GT86 arrived that autumn at Bedford Autodrome with far less power than its leading rivals in our Britain’s Best Driver’s Car shootout. Which it won.

I think the GT86 has always had a slightly higher profile than the BRZ in the UK – Toyota has a bigger marketing budget and more dealers, so public awareness is inevitably higher – although if you know of one, you probably know the other. Toyota’s greater prominence is probably a bit hard on Subaru, which originally provided the platform and engine.

I do wonder if the engineering purity – which is something you and I love but is clearly an obstacle to some buyers – is a problem. I know people who say they like the car, but that at nearly £30,000 and with limited power, it doesn’t look like great value. See what you can get in the shape of Volkswagen Golfs, Honda Civics or BMW 1 Series for that money, they say. 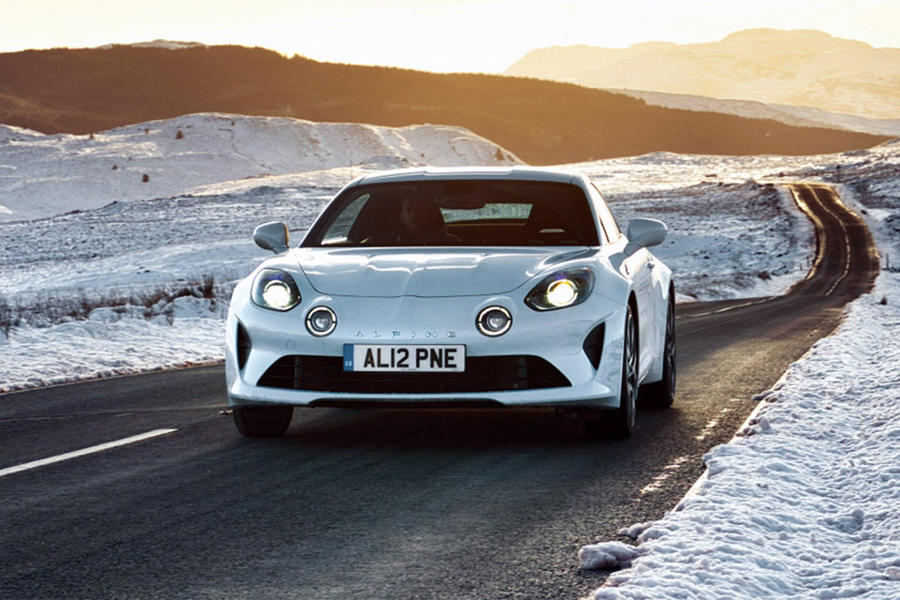 Which is true, but a shame. Similar arguments hobble, I think, the Alpine A110 in the UK. The Renault subsidiary’s small coupé is selling brilliantly in France, where they love the return of the Alpine name, but with a lower profile in the UK and a price that starts with a five, there are saloon-based coupés, and Porsches, that gain more power, more acceptance and way more sales.

Pity. Because if we don’t buy ’em, they won’t make ’em. What I love about the BRZ/GT86 and the A110 is that their makers had the will to produce a bespoke platform, including all the really expensive stuff like the crash structure, to bring these cars to market. Making a hot hatchback is, by comparison, relatively straightforward: take a Golf, add a more powerful engine, new springs, and bosh.

So, sure, you might get more power and more space and more bang per pound than with a hot hatchback, but there’s an almost moral goodness to buying a bespoke coupé instead. It says something about the sort of purity you want and it says you’d like to reward those who’ve made it. It’s like seeing a slightly quirky film instead of another comic-book-based superhero movie.

Anyway, next time, the current reckoning goes, the BRZ and a car badged GR86 will use a Toyota-based platform, but still with a boxer engine from Subaru. Probably it’ll be turbocharged.

Now that it’s Subaru’s only true performance model, maybe Subaru has more to gain from the project. Toyota is in the midst of a performance car resurgence anyway, what with its hot new rally-bred Yaris and, of course, the BMW-derived Supra. I do slightly worry that with a GR86 that’s turbocharged and, therefore, heavier and more powerful than today’s GT86, it could lightly tread on the toes of the upcoming four-cylinder Supra. But that’s much better than a coupé not existing, or having no other toes to tread on.

I love coupes and appreciate the costs involved with bespoke chassis. It’s a shame the GT86 and BRZ don’t sell better. Yes, the A110 does outsell the GT86, in Europe it seems to be about 5 to 1 but the Mustang outsells it by 10 to 1. I think people will buy Coupes if they perceive they are good value. Sadly not many will factor in the value of bespoke chassis and engines.

Matt hits the nail on the head

There seems to be far too many critics who think that it's Top Trumps, and statistics mean everything - so more power is better. Turbocharging is seen as the panacea to a problem that isn't there in the first place as the current output is sufficient for road driving, more power would either be frustrating if you drive within in law or you'd lose your licence if you didn't. This car is all about handling and maintaining speed through the corner as your steering isn't corrupted by being driven by the front wheels or turbo boost as you can place the car more accurately through the curve.