BACK TO ALL OPINION BLOGS
Currently reading: Matt Prior: Car line-ups are complex - just ask Dominic Cummings
UP NEXT
Matt Prior: Where have all the practical fast cars gone?

Downing Street's Svengali and Prince Philip made mistakes behind the wheel of a Range, err, Land Rover
Open gallery
Close

Don’t panic: this column may contain the words ‘Dominic Cummings’, but it isn’t about politics. It also contains the words ‘Prince Philip, the Duke of Edinburgh’, but it’s not about royalty, either.

No, we need to discuss Land Rovers. Or Range Rovers. Or both, really. But more Land Rovers, because these cars were at the heart of two recent major news stories.

To recap, most recently, there was the chief advisor to the PM’s tremendously successful journey from London to County Durham and then back an unspecified time later, taking in an uncertain number of optical checks but apparently not many fuel or toilet stops.

And early last year, the Duke of Edinburgh was involved in a traffic collision outside the Sandringham Estate, in which no one was seriously hurt but his car ended up on its side.

Common to both incidents was a relatively compact Land Rover.

Cummings runs a silver Land Rover Discovery Sport: a pretty good car and one that I can see would be an appropriate go-to motor for a senior government advisor. He wants to buy British, lives in London but evidently spends time in the countryside and needs a range greater than a current EV can offer. It’s a natural choice.

The Duke was driving a Freelander 2 (the Discovery Sport’s predecessor) in what looks like Aintree Green Metallic. It’s an ‘old money’ sort of car, the Freelander 2. It’s understated, with not a hint of flash, and I’m told owners find it particularly reliable and dependable. It’s the right size for living in the sticks, too, making it more practical than a bigger car.

It’s also the sort of motor that says not too much about you. An ‘everyman’s car’ might be stretching the point a little, but Prince Philip had one, and there are few people more honourable, but so did a dealer who sold me a Land Rover Defender and later ended up imprisoned for fraud. Swings, meet roundabouts.

The Discovery Sport can only hope to grow up into being an anonymous, catch-all car like the Freelander 2.

Perhaps, though, it’s already too anonymous, because common to both incidents was widespread misidentification. Just last week, The Times said that Cummings escaped in a “Range Rover literally packed with coronavirus”, while the papers were last year filled with stories of a Range Rover being flipped onto its side. 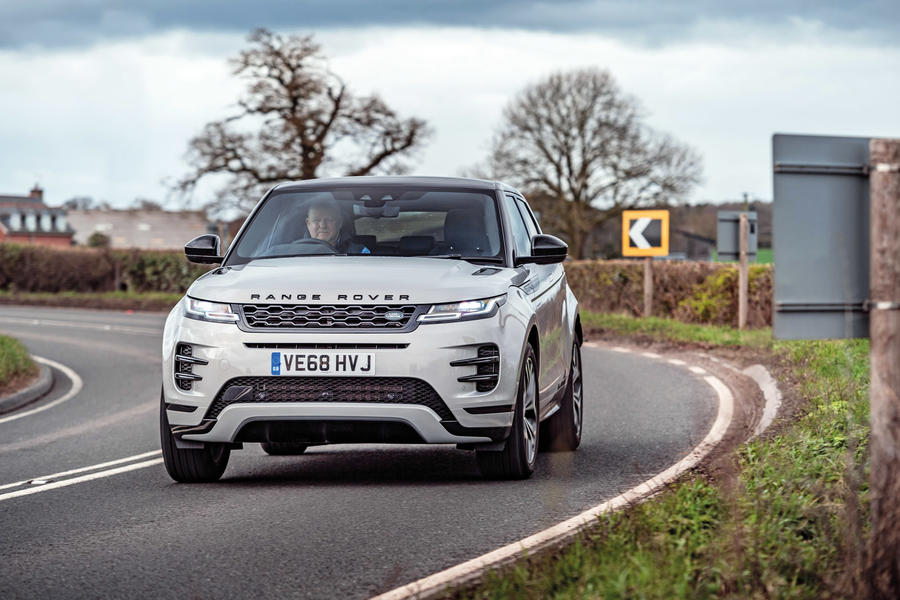 Why is this? Do the models of Land Rover and sub-brand Range Rover look too alike? Possibly. Last year, Land Rover design chief Gerry McGovern said he couldn’t understand how people said the new Range Rover Evoque looked like the old one. I mean, I can tell the difference, even at a glance now, but they’re both Evoquey, no?

We’re not talking different models here, though, but different brands. Is it a misunderstanding of the lineage? Or is it an inverted snobbery, the idea that those are men who must drive a Range Rover, not a Land Rover?

Ultimately, I think, it’s just that modern car line-ups are complex. I wouldn’t expect a newspaper to spot the difference between a BMW X or Audi Q 2, 3, 4, 5, 6, 7 or 8, given I probably couldn’t. And given one media picture caption last week identified a German supercar as an ‘Aldi Audi R8’ (the store’s middle-aisle offerings truly are breathtaking), we shouldn’t be surprised at any of this.

I've often said I think the

I've often said I think the latest discos are too range rovery, I couldn't see why Freelander had to make way for discovery sport and why the discovery moved from its solid brick like shape to a mini range rover shape.
bol 12 June 2020

I bet JLR are delighted to have such a cut-through new brand ambassador. Brought back the hedgehog joke for a new generation.

Whilst on the subject 2

Why are fuel stations called petrol stations..?
I know I need to get out more, but I'm still isolating
lol.
View all comments (7)