BACK TO ALL NEWS
Currently reading: New £25k Land Rover to be followed by luxo-Defender
UP NEXT
Sorry, wrong number: the forgotten problem of car clocking

Land Rover is preparing to extend its model line-up in two bold directions over the next five years. The first will bring back the long-discussed entry-level Land Rover into the company’s cycle plan and the second is a new, more sporting, luxury version of the new Defender.

With an expected target price of around £25,000, the new entry-level five-door model will be cheaper in real terms than any previous Land Rover model. Believed to be codenamed L860, it is expected to arrive in 2021.

Meanwhile, the luxurious, fourth model in the Defender line-up is said to be a full four years away from being unveiled. It is expected to make its debut as a pure-electric model with sharper and leaner styling as well as a highly luxurious interior and a price well into six figures.

The £25,000 Land Rover’s styling is said to draw heavily on the new Defender as well as referencing the original iconic Land Rover. But it won’t be as square-edged and mechanical as the controversial 2011 DC100 concepts. 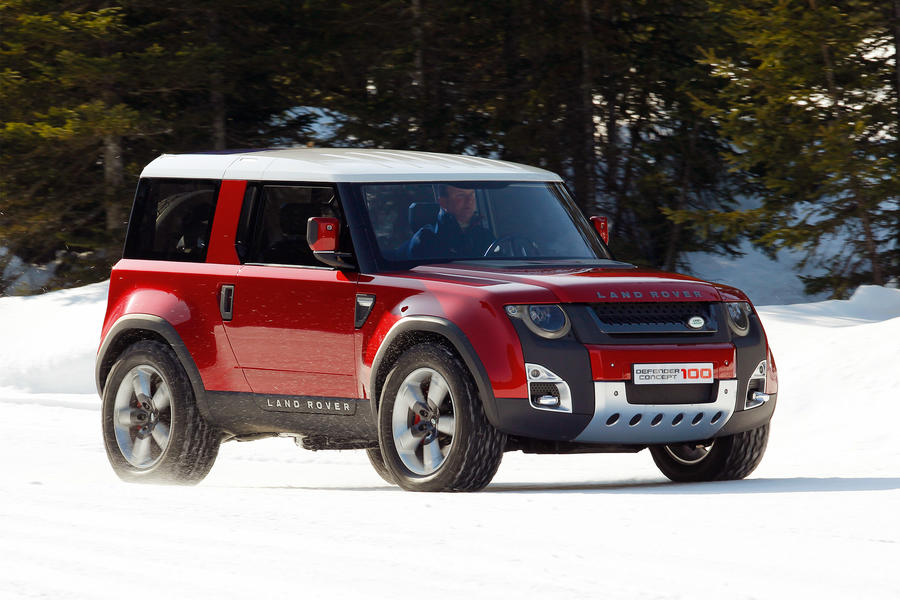 The interior is also expected to reference the lean and functional look used in the new Defender, although given the price difference, a reduction in equipment and space is likely.

It’s not yet known how the L860 will be branded. A junior Defender badge is unlikely because that new family is pitched at a more upmarket price point and a Discovery family badge could draw sales from the Discovery Sport.

That means it may get its own branding, possibly something as simple as the Land Rover 80, which would reference the wheelbase of the original Series 1 machines as well as sitting neatly below the badging of the new Defender.

It’s thought that the L860 is the third time in the past few years that Land Rover has attempted to secure a business case for a model that could tempt away buyers of mainstream compact SUVs, such as the Jeep Compass, Mini Countryman and Volkswagen Tiguan, while also competing with premium models like the BMW X1 and Volvo XC40.

Another solid business reason for the entry-level Land Rover is that the market for mid-sized SUVs across Europe is healthy and growing, with a current annual market of over 500,000 units. However, some reports suggest the car will also be sold in markets outside of Europe. The US and China are starting to embrace smaller SUV-style models, for instance.

The company’s need for such a car has also been hastened by incoming EU CO2 regulations and the requirement for the firm to hit an average of 130g/km of CO2 by 2021, ahead of another big cut in 2025. 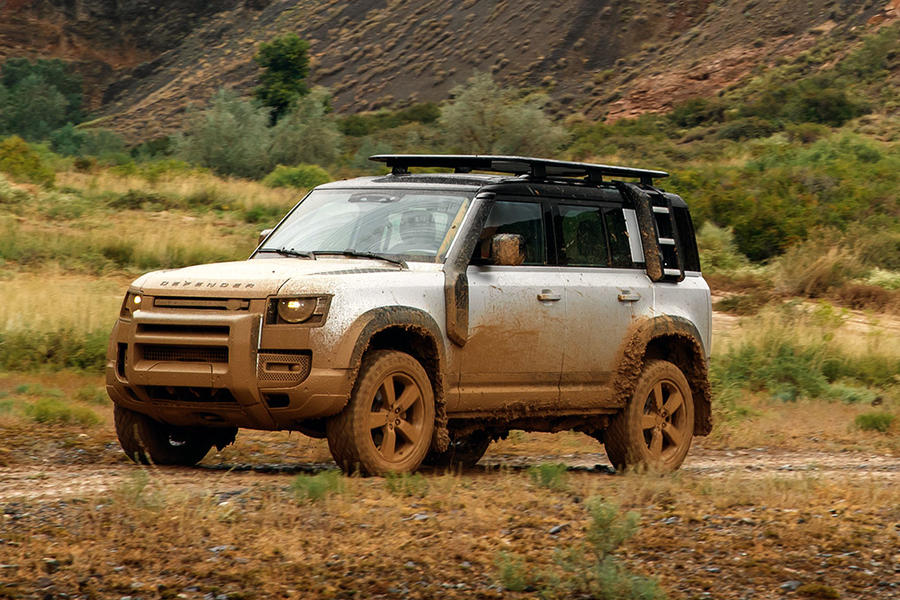 Jaguar Land Rover is also mindful that it has a higher 2021 average CO2 target than most other car makers because it sells fewer than 300,000 vehicles across the EU. Such a target is still difficult to achieve, given the significant mix of large, heavy cars in the brand’s line-up.

The main hurdle for Land Rover in bringing the L860 to the showroom will be reducing development and construction costs by as much as possible in order to hit the ambitious showroom target price.

Today’s Discovery Sport is priced from £31,000 as, in real terms, was the Freelander 2 when it was released in 2006. With a mooted £25,000 entry price for the new car, it means Land Rover must engineer in significant cost savings.

The biggest part of the price calculation will be the type of platform underpinning the L860. It’s expected to use a new platform that Land Rover calls the D10 and parent firm Tata dubs the Omega-Arc (for Optimal Modular Efficient Global Advanced Architecture).

Omega-Arc underpins the new Tata Harrier, which was launched at the start of 2019. This is a cost-reduced but modernised version of Land Rover’s D8 steel platform used by the original Range Rover Evoque and Discovery Sport.

Reports from India say the engineering of the Omega-Arc benefited from input from Tata Steel, which helped reduce costs without affecting vehicle safety. The architecture will also accommodate a small battery pack, allowing the use of plug-in hybrid drivetrains.

The previous attempt to bring the L860 to market was also said to use this platform and the model would have been built alongside the Tata Harrier in India, although in a much more sophisticated form.

However, in January 2017, the Indian business press reported that the project had been cancelled by Land Rover in the wake of the Brexit vote and fears of a greater trade protectionism by then-new US president Donald Trump.

But reports from India say the Omega architecture was designed to be used by both Tata and Land Rover. For example, while it has one set of rear suspension mounting points, the Harrier is able to employ a basic beam axle whereas the new Land Rover will use a proper multi-link rear axle for both front and all-wheel-drive versions.

The L860 will also get a Land Rover-specific front suspension system and the front subframe will be significantly more refined than in the Harrier, which retails from around £18,000 in India.

The upshot is that the production L860 will have a substantially new platform, and plug-in capability and, in pursuit of maximum fuel economy, it’s expected to be launched with the upcoming 1.5-litre three-cylinder Ingenium engines in both turbocharged and mild-hybrid forms and most likely as front-wheel drive. More powerful four-cylinder engines and all-wheel drive are entirely possible for the L860, but Land Rover will want to be careful not to undermine sales of the Discovery Sport.

A plug-in three-cylinder version is an option because of its potential to deliver low CO2 figures under the WLTP testing regime, something that would help offset the high CO2 figures of the larger Range Rover and Defender models.

With costs at the forefront of the project, it’s thought that the L860 will be built at Land Rover’s new plant in Slovakia, which benefits from much lower employee costs than in the UK and is located close to east European component suppliers. If all goes to plan, mules of the new vehicle should appear in early 2020 before the model is unveiled in the third quarter of 2021.

Meanwhile, the planned range-topping Defender Sport is in the early stages of its development, according to insiders. It’s expected to be the first pure-electric Defender family spin-off and is based on the new MLA architecture.

It will be a much more luxurious interpretation of the new model, with the kind of fixtures and fittings to rival the new Aston Martin DBX and the entry-level versions of the Bentley Bentayga, as well as being pure electric.

The aim is not only to help further reduce Land Rover’s fleet CO2 in time for even tougher 2025 regulations but also to produce a much more authentic and distinctive eco-friendly vehicle for the most upmarket car buyers.

One bonus is that it’s thought, thanks to the ultra-fine controllability of electric motors, the Defender Sport will still be as exceptionally capable off road as Land Rover’s current crop of models. However, it’ll be significantly more road-focused than the standard Defender.

since the v8 petrol is a Jaguar design

Also is  a great engine ,loads of character and reliable, better then BMW v8, would have thought it made sense to relocate the machinery from Bridgend to Wolverhampton and continue production.

No wonder JLR are losing money!

A luxo Defender? Isn't that a RangeRover?

Not being funny guys, but if you're asking us to spend £100k+ on a Defender you've all gone stark raving mad.

I can have a top of the range Porsche or Audi SUV for that kind of dosh, and to be blunt, why would I even want a LandRover over a RangeRover?