BACK TO ALL NEWS
Currently reading: Used car buying guide: Land Rover Freelander 2
UP NEXT
Analysis: Why the decline in diesel sales has slowed in 2022

There are many reasons for wanting a Freelander 2: its comfort, off-road prowess, compactness, reliability and value. Here's how to grab a good one
Open gallery
Close

Set against today’s cutely styled SUVs, the Land Rover Freelander 2 of 2006-15 looks tough and ready for a dose of hard work, be that towing a horsebox, wading through a river or rounding up sheep.

In fact, thanks to its on-demand, four-wheel-drive system and other traction trickery plus a choice of lusty diesel engines, it can do all of these things and more. One specialist regards the model as a kind of mini Range Rover: it’s that comfortable and capable.

It arrived with a choice of two engines: a thirsty but sweetly powerful 230bhp 3.2 auto petrol badged the i6 and destined to be a poor seller; and a 158bhp 2.0-litre diesel manual called the TD4, which was the mainstay of the range. An automatic version arrived soon after.

In normal conditions, most of the power goes to the front wheels, but the moment the four-wheel-drive system sniffs trouble, the Haldex central coupling directs more of it to the rears. In addition, from 2009, all but the base S versions got Land Rover’s Terrain Response system. This adjusts torque, drive and traction control systems as determined by a range of driving modes.

If you consider four-wheel drive unnecessary, there’s always the two-wheel-drive eD4, launched in 2010 to coincide with the Freelander 2’s first facelift. Very few were sold but it’s wise to check you’re not buying one in error. For the record, a well-kept, 2013/62-reg 2.2 eD4 with 80,000 miles costs around £7490. But back to the ‘proper’ versions.

In 2009, the i6 petrol (we found a 2007/07-reg 3.2 i6 auto with 90,000 miles and full service history for £7495) was sensibly dropped and the TD4e with stop/start, promising lower emissions, was introduced. A year later, the facelift came knocking (new grille, lights and bumpers). The 158bhp 2.0 TD4 lost 10bhp but gained more torque and the equally powerful 2.0 eD4 arrived. Also new was a more powerful 2.0-litre diesel badged the SD4. It produced 187bhp but the same torque as the other two motors and was auto only. It was a solid seller but outsold two to one by the TD4. 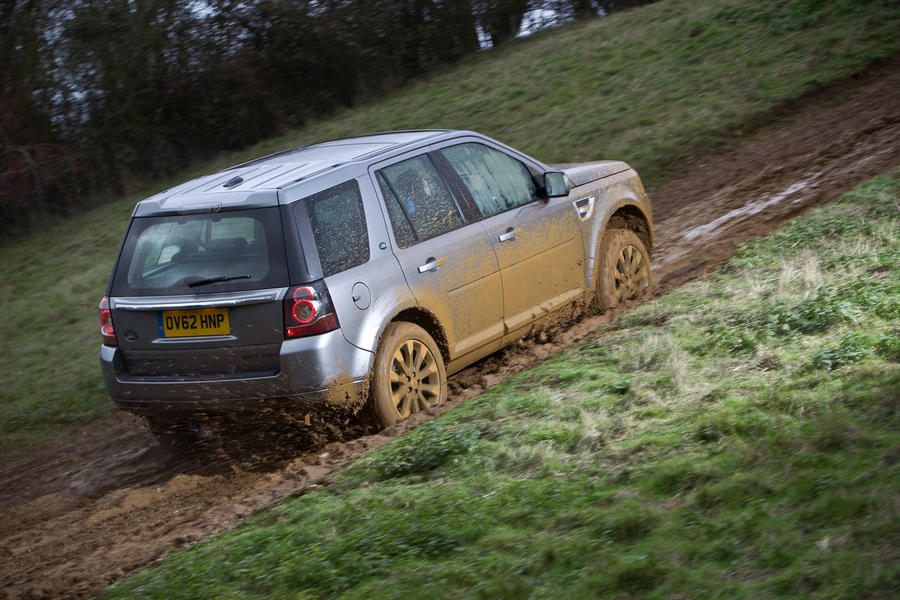 Around this time, the Freelander began to feel the heat from more modern, premium rivals so Land Rover sprang a further facelift (revised styling, new centre console, more features, a more space-efficient electronic parking brake and Passive Start) on an unsuspecting public in 2012. The unloved eD4 was dropped, leaving the TD4 and SD4 to fight on.

From launch, the Freelander 2’s trims ranged from basic S through popular GS and XS to HSE. However, that 2012 facelift was notable for some of the run-out trims it brought, including Dynamic and, as the end beckoned, Metropolis.

As the finish line drew near, Autocar summed up the Freelander 2 as having class-leading off-road ability while judging it to be at least competitive in most other areas. As used ones get ever cheaper, you can add good value to that rosy report.

Sue Maddock, co-director, freelanderspecialist.com: “The Freelander 2 is very different from the original model – much more reliable and higher quality. The diesels are very good but the rare 3.2 petrol is a dream to drive. If its economy bothers you, have an LPG conversion fitted. We rarely see the eD4 because its drivetrain is so much simpler and that’s the real issue with four-wheel-drive 2s: the drivetrain. It’s very sensitive to tyre condition, quality and pressure. Any issues here and the system thinks it has detected wheel slip and engages four-wheel drive. You might be doing 60mph and suddenly it kicks in, when it can cause all sorts of damage.” 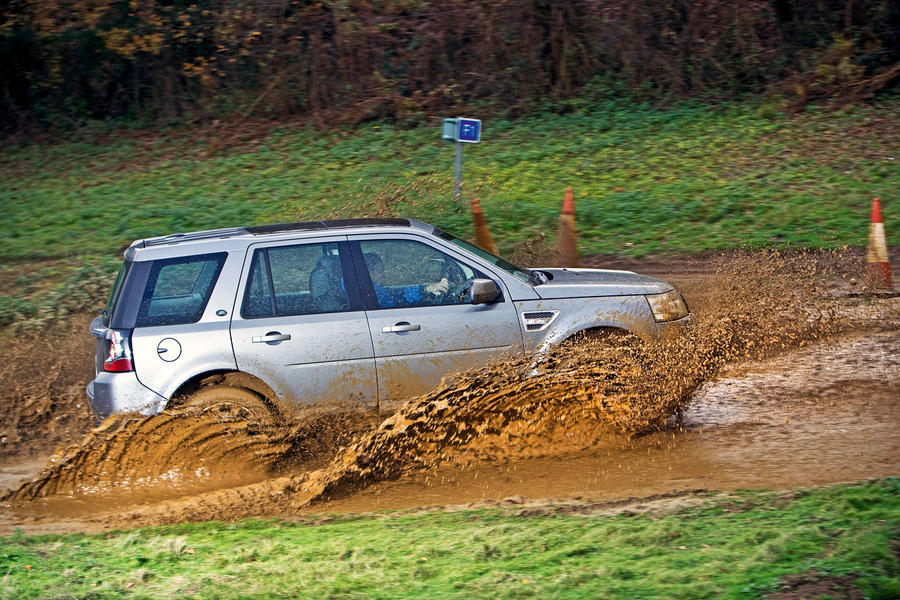 ■ Engine: Watch for oil leaks around the intercooler, and when switching off the engine that the throttle emits a high-pitched noise followed by a click. If it does neither, expect running problems. Be sure oil-change intervals have been followed correctly and only high-grade oil has been used. Diesels need a new cambelt every 150k miles.

■ Transmission: Autos are generally okay but manuals can suffer problems with the dual-mass flywheel. Ensure the Haldex coupling has been treated to fresh oil and a filter every 20,000 miles.

■ Drivetrain: Listen for a whining diff and a crunchy power transfer unit and feel for the front wheels juddering in corners.

■ Steering, suspension and brakes: The steering rack can give trouble so check the wheel turns smoothly from lock to lock. Be sure the electronic handbrake works and the discs aren’t scored. Watch for broken springs and worn bushes.

■ Body: Rust is rare except on vehicles used near the coast. Check the underside for off-road damage and the sides of the body for scratches. Make sure the central locking system works.

■ Interior: On the test drive, ensure the fuel gauge moves. On top-spec versions, check the climate control and powered sunroof and seats work as they should.

■ Also worth knowing: Generally speaking, the Freelander 2 is a reliable SUV easily capable of six-figure mileages. However, it’s sensitive to oil changes on the button. 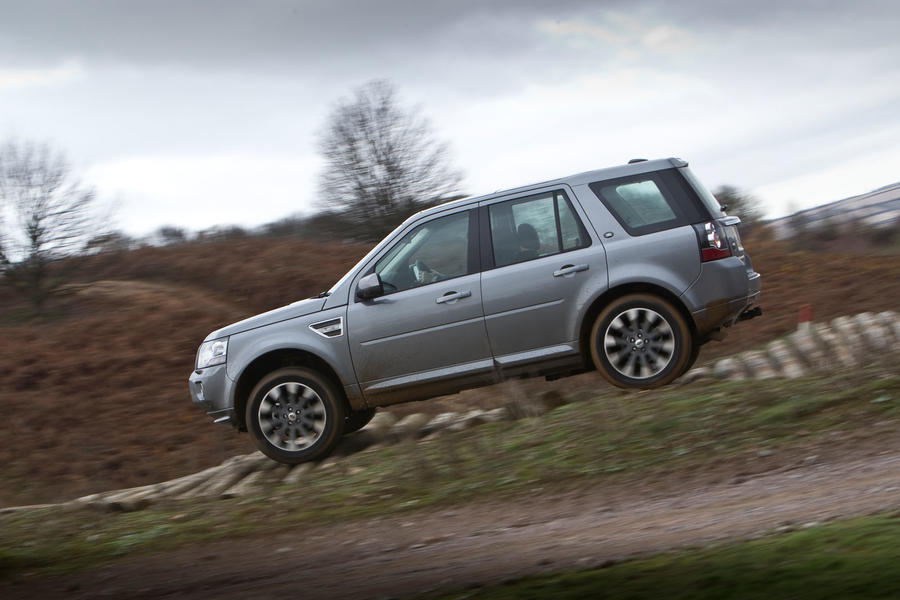 Freelander 2.2 TD4 GS, 2011/61, 74K miles, £7795: “Full and faultless service history,” claims the advertisement for this facelifted example. The car comes with its rear load cover (they’re often missing) and parking sensors all round. Being white suggests it has seen little, if any, off-road use… 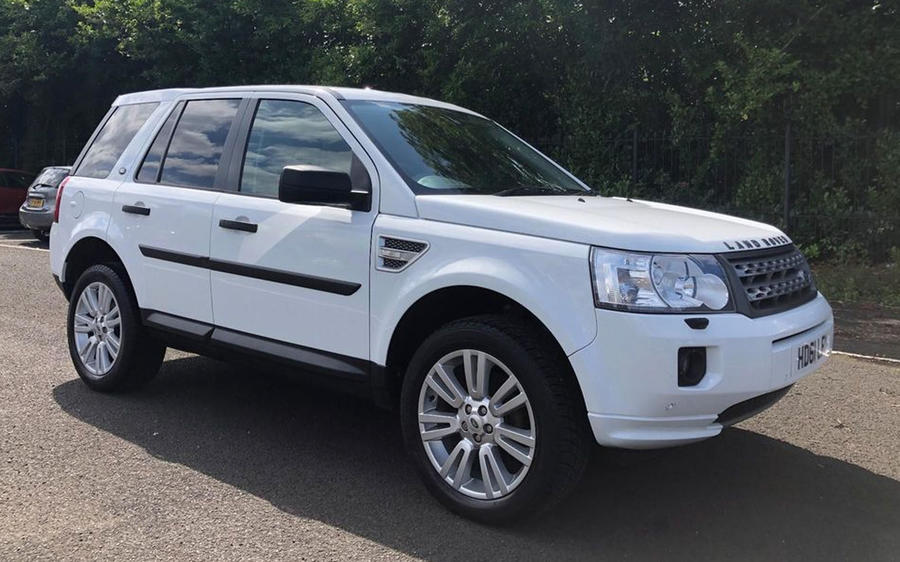 Reliability? WHAT? LOL. Land ROver is consistently bottom of the lists in reliability.

FYI the diesels are a 2.2 litre PSA unit with Ford bits and pieces bolted around it. There is no 2.0 litre version. That was in the FL1 with a BMW engine.

Having owned two and driven a few other 4x4 SUVs, the FL2 is by far the nicest to drive.

One of the best cars Land Rover has made - and all before this ridiculous Jaguar and Land Rover merger. We had one for over 6 years and got half the price back originally paid.Miss it.