BACK TO ALL OPINION BLOGS
Currently reading: Why Ford has gambled on calling its electric SUV a Mustang
UP NEXT
Matt Prior: Bring back the beach buggy

Why Ford has gambled on calling its electric SUV a Mustang

The Mustang badge brings upmarket appeal to the brand, but success will ultimately depend on the car
Open gallery
Close

On a recent trip to the United States, I met a Ford Mustang-owning Texan who didn’t much like electric cars, but “I hear there’s an electric Mustang coming, so maybe I’ll like that.”

I fear he may be disappointed by the new Mustang Mach-E: there’s a big difference between an electric Mustang and an electric SUV ‘inspired’ by the muscle car.

Still, the Mustang Mach-E shows promise. To my eyes – and I should say I reckon it looks better in the metal than it does in images – it echoes the muscle car’s style without resorting to pastiche, managing to look relatively sleek for a large electric SUV.

It’s certainly more desirable than, say, a Kuga EV would be – and that’s exactly what Ford is counting on. The huge success of the latest Mustang has shown the value and heritage built up in the nameplate and badge – which is arguably stronger than Ford’s own Blue Oval. 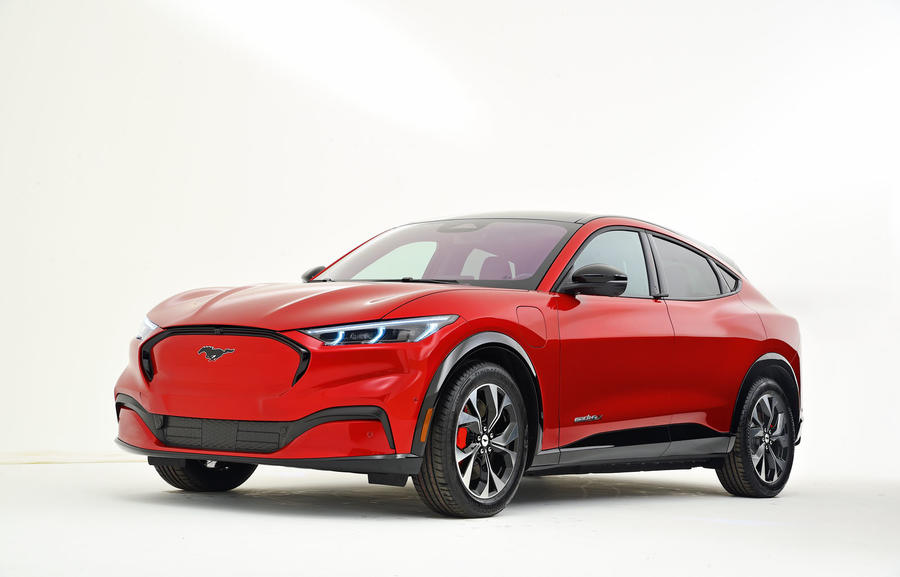 There’s a reason the Mustang survived the cull of Ford’s non-SUV and pick-up models in the USA, and it’s also proving increasingly popular in Europe. Such is the value of the pony badge that the Mustang also appeals to a level of customer that other Ford models can’t: how many of the firm’s other models can legitimately be called Porsche rivals?

Ford spent years searching for premium brands, such as Jaguar and Aston Martin, to buy in order to broaden its market reach. It now seems to realise that, with Mustang, it’s had one all along – and the Mach-E appears the first step in expanding the nameplate from a single model to a full sub-brand.

How successful that it will depend on how successful the Mustang Mach-E is. And that will involve convincing current Mustang fans to accept the nameplate can be applied to something that’s very definitely not a muscle car.

Still, a Ford-badged EV could never battle with a Tesla on badge appeal among EV owners, but a Mustang-based EV might succeed in doing so – assuming expectations among current Mustang owners, in Texas and beyond, are kept somewhat in check.

The idea that regular car companies can give themselves a new name and do some funky design and everyone will forget how dull their regular cars are is for the birds.

When was the last time you saw a DS or an Infiniti on the road (other than a 10 year old DS3)?

Ford is going to ruin the value of the Mustang brand for its muscle cars.  What petrol head is going to want to brag about having a Mustang if that means a lame electric SUV to most people.

But on the other side, what eco-metropolitain electric car driver is going to want to admit to owning a Mustang when his friends will think he's bought an evil V8 climate destroyer?

Madness - especially when the car involved is potentially very good.  Looks like a massive mis-step.

Gawd, good that its electric,

Gawd, good that its electric, but who styled that thing- YUK