BACK TO ALL NEWS
Currently reading: Ford could expand Mustang line-up further in future
UP NEXT
High-rise hot hatches: Hyundai Kona N vs Cupra Formentor

The long-running name and pony badge logo is being used on the new Mustang Mach-E electric SUV, Ford’s first bespoke EV. It will be the first time in the 55-year history of the Mustang that the name has been applied to an entirely new model type.

The development team originally started work on a different EV project, but the project underwent substantial changes when it was decided to apply the Mustang name. Murat Gueler, Ford’s European design chief, said that decision could lead to more new Mustang models.

“The Mach-E is our step into the future, without ignoring history,” Gueler told Autocar. “There’s a lot of emotion with the Mustang, and it’s time to progress that and make it spread wider.”

Notably, to match the style of the Mustang, the Mach-E uses a reworked version of the model’s pony badge, rather than the Ford Blue Oval logo. Gueler said that decision was both to strength then Mustang links and “communicate the new-ness of this”, adding that: “We’ve talked about building a family.” 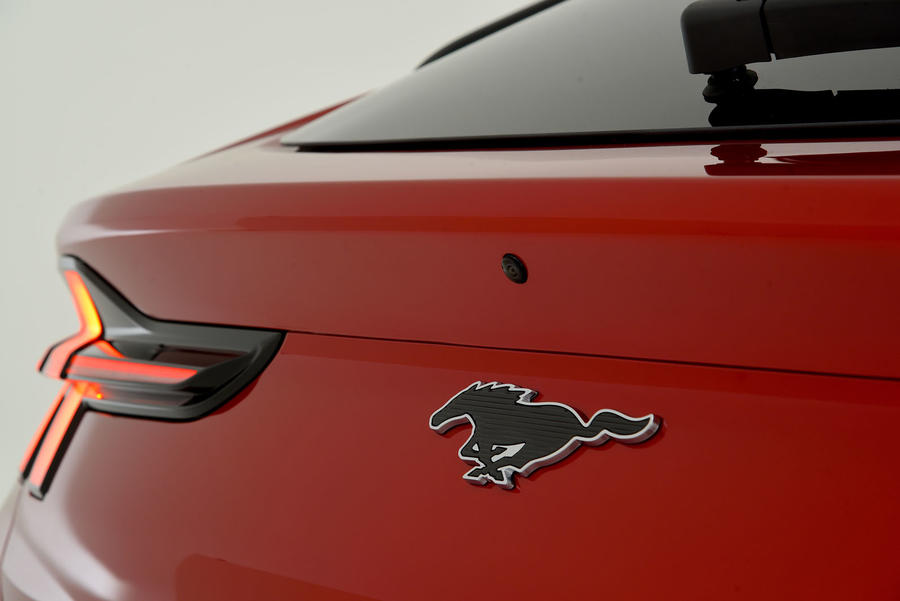 He added: “The latest Mustang in Europe has gained another level of popularity, so we have a bigger base for the Mustang brand. The Mustang and the Porsche 911 are the most famous sports cars on the planet. Mustang is a big nameplate and it’s about time we applied electrification to it.

“People now understand we can do different things to different nameplates quite successfully.”

“We don’t want to take a Russian doll approach, where you can’t tell them apart other than the size of the car, but we want a family feel where a Ford EV starts to build off this concept,” he said. “But we’d never do a smaller version of this - if we did a smaller vehicle it would have different proportions.” 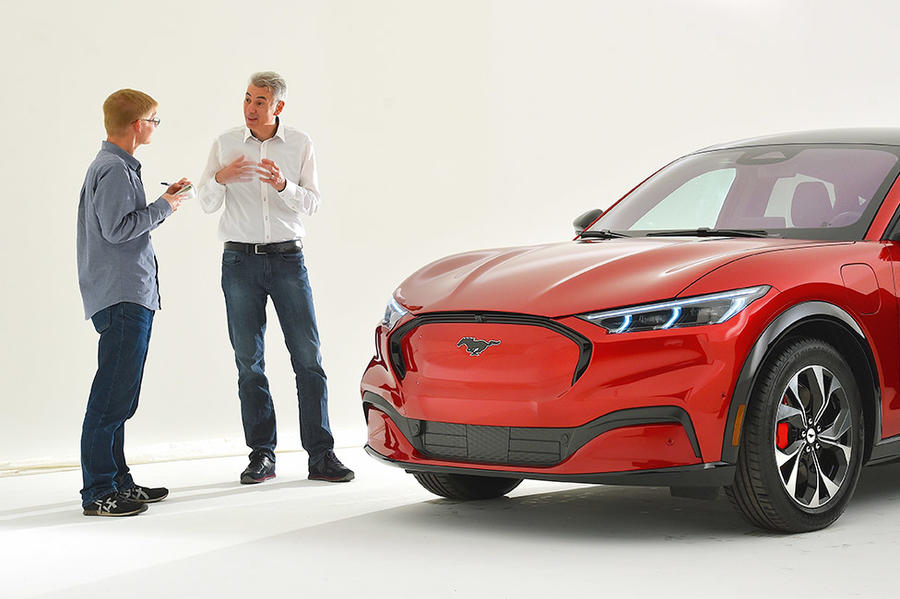 Question: How did you approach the design of a Mustang-inspired EV?

Answer: “It’s not literal, just inspired by. It’s about doing it in the right way so it’s not too banal and people go ‘oh, they just tried to copy a Mustang’. We wanted some of that cool design. You can look at this and see it’s not a normal combustion-engined car, but it has some of that Mustang flavour.”

Question: Was the plan always to make your electric SUV a Mustang?

Answer: “This started as another project in around 2014, and about two years ago it switched to this. The design had a big influence: the whole structure changed, the technology inside changed. We rebooted the whole programme. The designers came up with this concept and everyone went ‘oh, this is good’.”

Question: While it uses the Mustang logo, there isn’t a single Blue Oval on the car. Why do that for such an important car for Ford?

Answer: “We did our research and customers are totally okay with this. It’s the same on the Mustang itself, and it communicates how unique this car is.”

I agree with @Harry on this.

I agree with @Harry on this. What other choice did they have? I suppose they could have called it Vignale, but even that isn't exactly creating much traction. I think it is a smart move on Ford's part. Mustang is a cool nameplate all over the world. It isn't taking away from the muscle car, it is adding to it.

I think I like this car, given the size of the batteries range should be ample - despite the evident power of the motors that indicates performance also should be ample.--Perhaps it's Ford after all that launches the most effective -- eerm, Tezla killer, just a joke.

but I think they need to change the name, if this was the new Mondeo, no one would buy it, so how about reviving the Scorpio name, for Europe at least..

but I think they need to change the name, if this was the new Mondeo, no one would buy it, so how about reviving the Scorpio name, for Europe at least..