BACK TO ALL NEWS
Currently reading: Ford Capri could still be revived, says design boss
UP NEXT
Alfa Romeo to show new sports car in early 2023

Amko Leenarts says he'd "love" to resuscitate the model for today, but only if it fits in with the "zeitgeist"
Open gallery
Close

The dream of reviving the Ford Capri lives on within the company’s European design studio, according to the man who leads it, Amko Leenarts.

Ford has recently brought back the Puma as an SUV, will soon revive the Bronco and is using the Ford Mustang as inspiration for its first electric car, leaving others to speculate what else from the firm’s rich back catalogue it could create a modern-day version of.

“Who would not want to bring back the Capri as a design?” said Leenarts, when asked about badging and which models from the past could be used to inspire his design team. “We’d love it. But it’s got to be in the zeitgeist and has to fit, and work as a plural, not just exist as something for a designer to bring back an old car.”

He added: “I’m amazed by the amount of names we own that spur emotions, positive and negative.”

On that latter point, Leenarts pointed to the example of the Probe, which had once been seen as a progressive, futuristic study of aerodynamics, yet instead is remembered as a model that flopped. 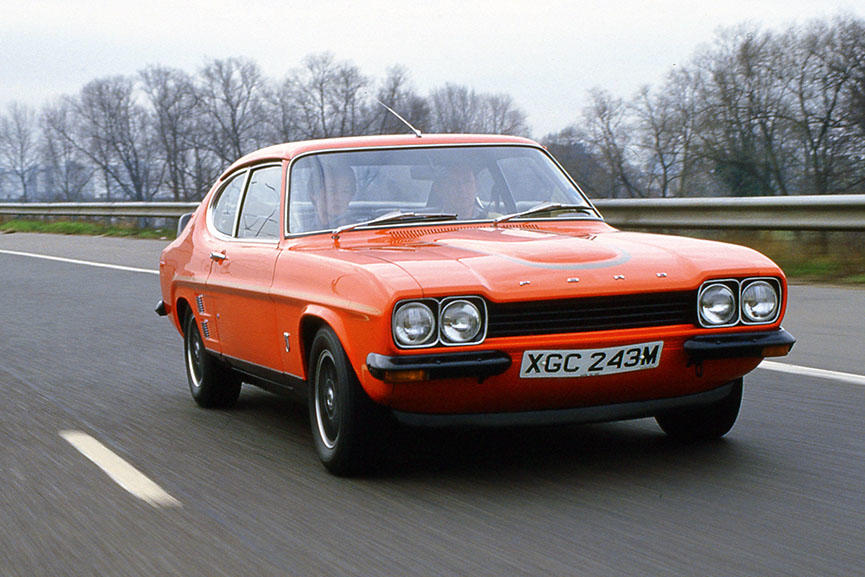 Leenarts took over as Ford of Europe’s design boss two years ago but, unlike in the past when Ford gave names to the design language it pursues, he prefers a more open brief.

“Kinetic design was the right move at the right time,” he said. “But it’s now pretty old-fashioned to have a name. It’s just to tick a box, rather than design around. We have many different vehicles in the portfolio that no single design language or philosophy could cover. It can be good to have [a design language name], but you can end up with as many failures as successes.

“We’re a global company with different roots and territories. There are different ways to cut design philosophies. Cutting it to one is not fair or honest to make a range of products.”

It has now been eight years since Ford last launched a pure concept car with the 2011 Evos, and Leenarts said there were no imminent plans to return to making them either.

“We’ve moved towards live internal demonstrations,” he said. “We rally round as a team, not just a car to put away on a show stand. I’m not pushing that idea [of making a concept] too much.”

Earlier this year, Autocar developed a concept of how the Capri could be reinvented as an electric car (20 March).

Back by popular demand: reinventing the Ford Capri

50 years of the Ford Capri

Secrets of the lost Fords they never made

Bring it back already! Buyer here waiting with pounds-in-pocket to dole out to the 1st punter who will sell me a proper capri. Proper in that it'll have an Ecoboost and a DSG gearbox. To some lads, the Capri were dreams to be realised. Bravo!

There is already a U. S. company doing electric classic mustangs. One is being exhibited at SEMA this year and generated considerable interest. So maybe its not such a daft idea. Incidentally I once owned a Probe. It didn't deserve its early demise. It went rode and handled well and was quite stylish in its time.
Tuatara 12 November 2019

and unlike the 1989 Capri convertible debacle