BACK TO ALL OPINION BLOGS
Currently reading: Analysis: Brexit and the UK car industry
UP NEXT
Opinion: Vandoorne back on form as Formula E hit Monaco

Is Brexit already having a damaging effect or will it be the catalyst for a turnaround?
Open gallery
Close

The drumbeat of bad news coming from the UK’s car industry in 2019 is becoming deafening.

Jaguar Land Rover is cutting 4500 jobs, Honda is set to close its long-established Swindon plant, Nissan has reversed plans to build the next X-Trail SUV in Sunderland, and Ford will axe up to 1000 jobs at its engine plant in Bridgend.

The danger is that Britain’s car industry isn’t just reversing its recent production gains, but it’s going into terminal decline. 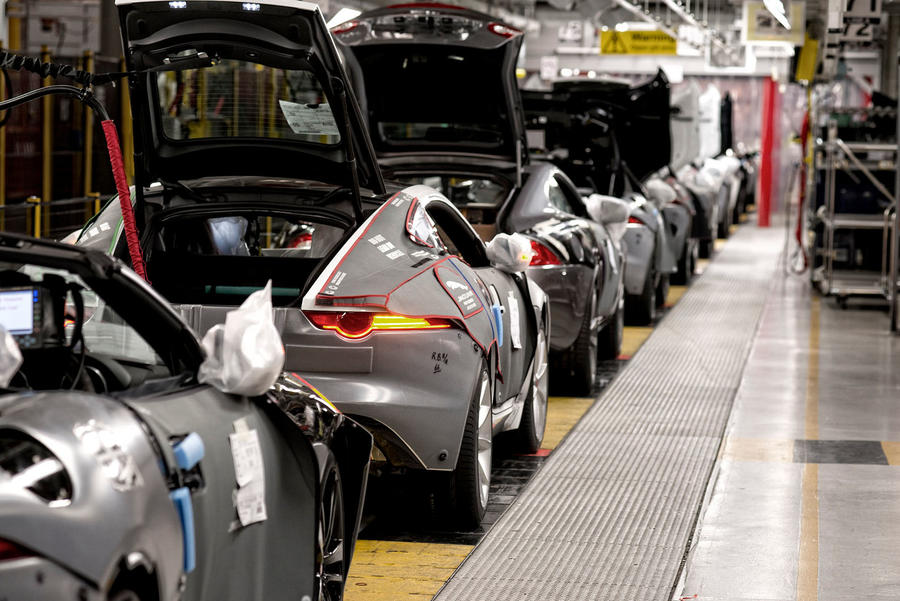 The job cuts and model deletions are being blamed on a toxic brew involving cratering demand in China, a slump in diesel sales and changing investment priorities as car makers scramble to react to global trade turmoil and looming new technologies. And bobbing up in the whole debate is Brexit.

Nissan’s X-Trail reversal led national news bulletins because the announcement to install the model, just after the referendum in 2016, was hailed as an example of how Britain would shrug off Brexit and continue to attract investment. Nissan’s decision throws doubt on that belief, especially given the UK government offered Nissan a £61 million sweetener.

As the UK lurches blindfolded towards the 29 March end date of its membership of the EU, the Society of Motor Manufacturers and Traders (SMMT) has repeated its belief that leaving the EU with no deal would be “catastrophic” for the car industry.

Figures collated by the SMMT on investment into the UK car industry show a collapse from an average of around £2.5 billion a year to just under £600m in 2018 as the industry sits on its hands, waiting to see what will happen. “If it’s ‘Project Fear’, then we’re doing a good impression of it being a reality,” SMMT chief executive Mike Hawes said. 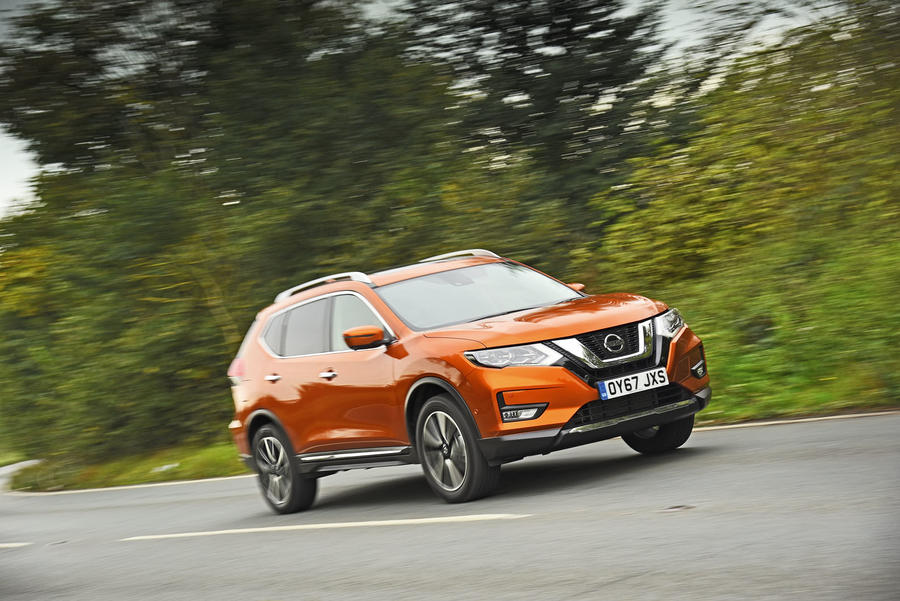 The car industry has always disliked the idea of Brexit but remained sanguine in the belief that, in the words of Bentley CEO Adrian Hallmark, “common sense will prevail”. Increasingly, car makers are talking much tougher. As well as shutting down production through much of April to cushion disruption to parts supply in the event of a no-deal Brexit, makers are threatening plant closures. “Nothing would be off the table in a hard Brexit,” Ford of Europe CEO Steve Armstrong said in January.

Three, possibly five, factories could disappear in the doomsday scenario. “There’s a very real fear, even if there is a deal, that car companies will shift their investment elsewhere,” said Aston University’s David Bailey. 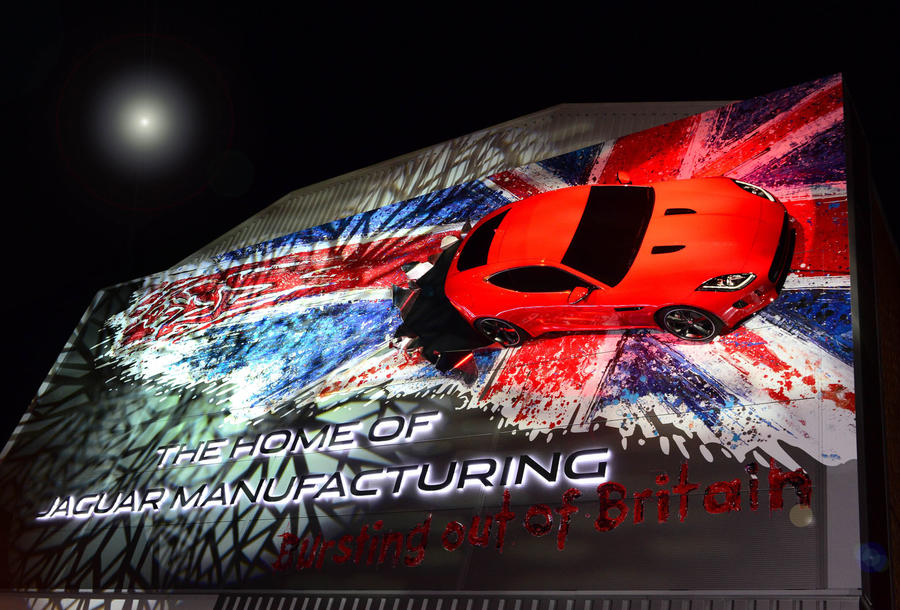 “Castle Bromwich will be a shopping centre within five years,” predicts Max Warburton, an analyst at Bernstein bank.

And Toyota might find its Derbyshire factory surplus to requirements after recently buying out the PSA Group’s share in its Czech Republic small-car joint-venture plant. Toyota’s senior managing officer was quoted last week saying the firm “cannot avoid the negative impact” of no deal, regardless of planning. In December, it warned that scenario could cost it up to £7.7 million a day through supply delays. The Japanese could yet stage their own Brexit. “They came to the UK as a launch pad into Europe and are very shocked by what’s going on,” said Bailey.

It’s not all gloom for the UK’s car industry. China’s Geely is pouring money into Lotus to create a world-class factory at the brand’s Norfolk HQ. It has been reported that a future SUV will be built in China, but keeping the UK as a base for halo models and research is crucial. Overall, manufacturers spend £4.7 billion annually on R&D in the UK and this is likely to continue.

Aston Martin will start production at its plant in St Athan, South Wales, in 2020, making its first SUV, the DBX. McLaren had a record year in 2019, selling almost 5000 cars globally. And Bentley looks to be turning around its recent slump. 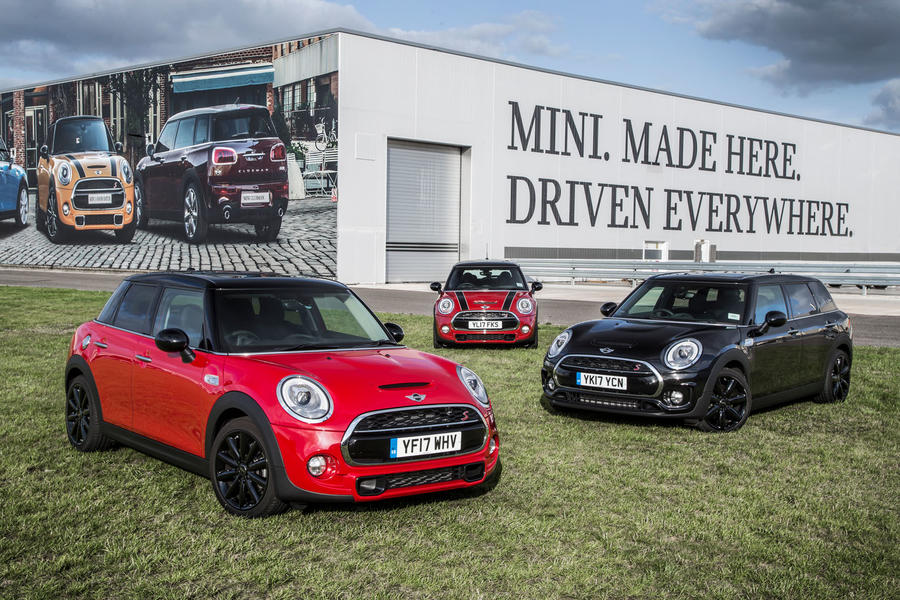 The UK is still the world’s fifth largest economy and Europe’s second largest car market, with the potential to be world leaders in electric vehicle and autonomous car development. What happens depends on the government coming out of its “parish council” mindset after Brexit, believes Robert Forrester, head of UK dealer group Vertu. “If it becomes weak and incompetent, then we’re in for a tough time,” he said. “If it implements its strategy well, we can become successful. There are a raft of reasons to be positive about the British economy.”

Why did Dyson see the future in Singapore?

This article demonstrates typical constrained, change adverse, backward thinking, a condition that seems to have afflicted many UK journalists, robbing them of their critical faculties.

For all the bluster about flexible workforce, “great universities” mentioned here, the big point is we have no car businesses beyond the niche players of Morgan and McLaren.

We seemingly can’t own and run successful businesses that make cars, we are simply hosts to a few factories for the tax convenience of their owners.

Clearly there’s something wrong when a UK entrepreneur decides to build his forward thinking electric car in Singapore. Understanding why Dyson is doing that and why Jaguar’s only token electric car is produced in Austria is an avenue for real investigation.

Think about it: the British car industry was in shambles and a new beginning occurred only after GB entered the EU. For the mass market cars, the duty free access to the EU's internal market is essential.

2nd: All of the car industry (finished cars) on the island is foreign owned (except Morgan).

3rd: They are all part of a continent-wide integrated production process which relies on just-in-time deliveries of basic parts and half finished assemblies, which is being broken by customs checks.

4th: The japanese manufacturers can withdraw to Japan, since recently the Japan-EU Free-Trade agreement went ino effect, which allows duty-free car exports to the EU.

5th: The worst off is Ford which produces only engines on the island which are all shipped to the assembly plants on the continent (and some to JLR on the island). Should there be a tariff border, it would make no sense for Ford to keep up producing on the island.

6th: While Nissan rushed to 10 Downing Street after Ms. May coup d'état, to explain the need for the single market, overall the car industry owners did not dare to spell out loud that crashing out of the EU would destroy the basis for a British car industry.

Could be. But hanging on to the car brands that are about to deinvest, will not bring back what was once a proud automotive-industry heritage. There is hope. There is way more to personal transit than manufacturing cars that haven't quintessentially changed in maybe four-firve deaces. Changing conditions (incl. Climate Change) challenge us to come up with new ideas. "For whom the bell tolls?"