From £24,0958
Following a four-star rating for the petrol estate, we consider the diesel hatchback
Open gallery
Close

At face value, you would have to be stoutly committed to diesel to choose this TDI take on the new Octavia vRS instead of the petrol version.

Both cars are striking to behold and equally well equipped but, for a premium of just £25, the higher-revving TSI gives you 45bhp more. The fact we’re talking about moderately hot hatches here, rather than the 300bhp-plus sharks, makes the discrepancy even more acute.

So what does the TDI deliver in return? Superior fuel economy is an obvious one. On paper, the 197bhp TDI (16bhp more than before) is virtually teetotal compared with the TSI, and an indicated average over 65mpg on 30 miles of motorway elicited a genuine double take at the smart digital instrument readout.

Clearly, on the continuum of real-world pace versus low fuel bills, few sit higher than this Skoda. And, unsurprisingly, the diesel engine also makes more torque, although so rounded and capable are the modern Volkswagen Group petrols that the advantage is slimmer than you might expect: 295lb ft arriving at 1750rpm plays 273lb ft from 1600rpm and the petrol’s peak torque band is wider.

Chassis-wise, both vRS models sit on 15mm-shorter springs than the regular Octavia. They both get the same set of Lamborghini-esque 19in wheels shod in Goodyear Eagle F1 tyres, too. You can then add Dynamic Chassis Control and choose from almost countless damper settings, just like you can in the Volkswagen Golf GTI. However, our car didn't have this £995 extra, and so rode on passive dampers, which control the macpherson strut front and multi-link rear suspension. Note also that the vRS models get a wider rear track. 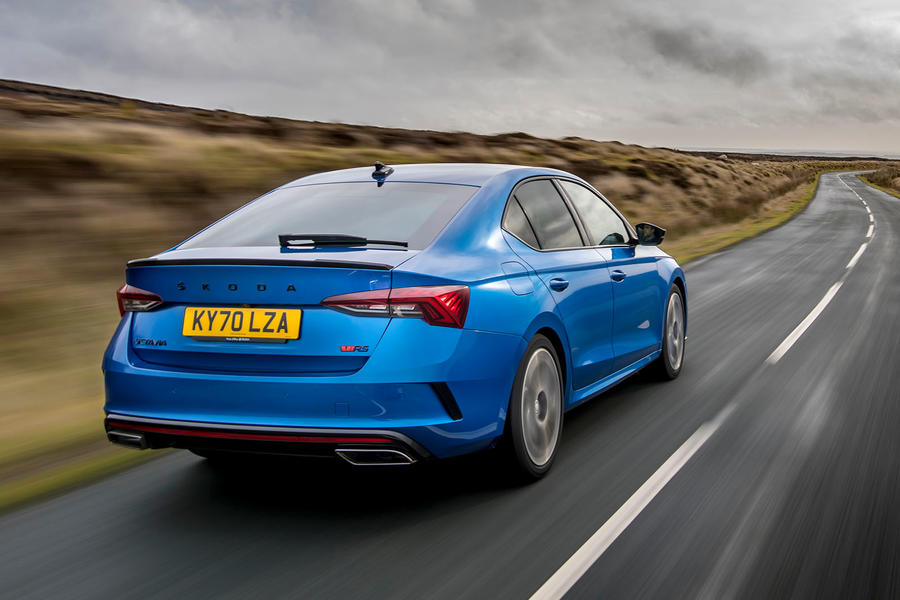 From your position within the Skoda's heavily bolstered and vaguely JDM-esque cloth bucket seat, things get intriguing when you hit the back roads.

For one thing, compared with the vRS TSI Estate I recently drove, the TDI hatch feels more intimately connected with the road and gives more detailed steering feedback through its firm, perforated (and, come to think about it, also JDM-esque) leather rim.

The difference is actually quite stark, although whether that’s to do with this car’s lack of DCC dampers, the physical differences of the diesel engine and the effects they have on the suspension set-up or possibly the fact the wagon was deliberately made to feel more diffident in character, you would need a Skoda engineer for reliable comment.

Whatever the reason, the degree of body roll permitted (not much), along with the increased speed of the vRS-specific electromechanical steering rack and crisp brakes, forms an appealing everyday blend. The vRS TDI steers accurately and handles neatly, and the taut ride quality is well judged for a car that never attempts to come across as the sharpest tool in the class but still wants to be taken reasonably seriously. In this respect, the new TDI is a vintage vRS effort.

As for the aluminium-intensive new engine, saddled as it is now with all manner of emissions-reducing kit (hence the TDI’s price relative to the more powerful TSI), it’s difficult to find fault. Volkswagen uses the same unit in the Golf GTD, and while we would still prefer the shift calibration of the dual-clutch gearbox to be marginally more sporting (there’s no manual option), the pick-up and responsive slug of torque ameliorate that with ease.

Sometimes too much ease. If the vRS TDI has any real blind spot, it’s that it doesn’t offer the electronically controlled limited-slip ‘differential’ available on the TSI. Duly, on damp roads, our car occasionally struggled for traction on the exit of second- and even third-gear corners. It’s this element of the package that blunts its appeal as a proper driver’s car, and in this respect it'll only ever be a bit-part player, albeit a good and dependable one. 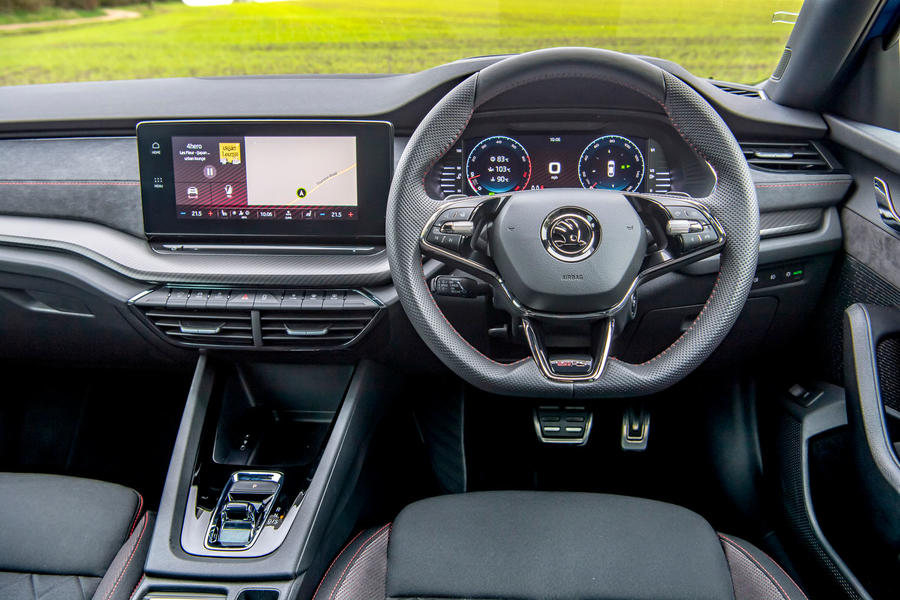 But does this small caveat really matter? Hardly.

How many other affordable family cars that are this spacious and can deliver 65mpg on long runs are also genuinely quick and more than just ‘quietly’ satisfying to drive? I’d wager none.

Set your expectations to 'realistic' and there's an awful lot to like about this latest TDI Octavia vRS. 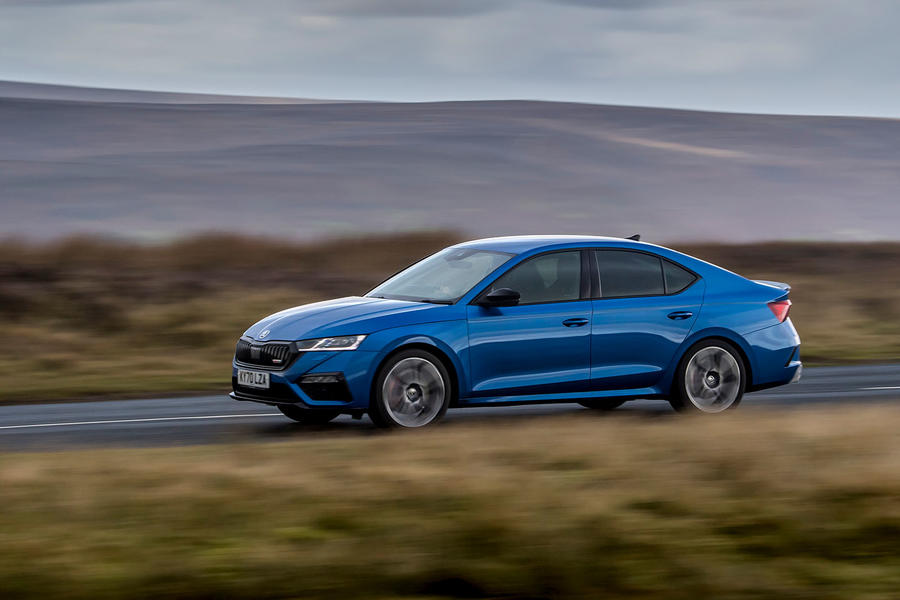 not a mention of diesel's fall off a cliff sales...?

If I lived in Europe, there are three cars I am crazy about, and that includes this gorgeous Skoda vRS TDI as shown in the article.  The other two are Peugeot and Citreon models.  We, in the U.S., should be driving these models instead 70K plus trucks and SUV.  Goes to show you who has the most sense, both common and dollar of the two.

I have a mark 3 Octavia VRS tdi, which I have owned for 5 years.  I love it, but, as the reviewer alludes to in this review with the new model, it desperately needs lsd, or, even better, 4 wheel drive.  Even on bone dry roads the front wheels spin like mad if I am foolish enough to floor it.  Too much torque going through the front wheels with nothing to rein it in!

The interior of this new model is just awful.  Too small buttons and none of it remotely simple to use and intuitive, as is the case with my car.  Looks like I wll be keeping mine for a few more years then!