Imagine one of those ‘greatest hits’ albums you get around this time of year, only in car form. Its listing includes everything you loved before, plus one or two new tracks to stave off whatever X-Factor darling is attempting a run on the charts.

That’s the 300 Sport - an F-Pace packed with a comprehensive kit list as standard, which arrives as part of a wider refresh to keep Jaguar’s sporting SUV firmly in buyers' minds when shopping for a luxury high-rider.

It can be had in four-cylinder petrol or six-cylinder diesel forms, each promising 298bhp, but it’s the oil-burner that’s driven here, for the first time on UK roads. The twin-turbocharged diesel promises a significant 516lb ft of torque, sent to all four wheels through an eight-speed ZF automatic gearbox and Jaguar’s rear-biased all-wheel drive.

At almost £55,000, customers can be expected to cross-shop with the more powerful Audi SQ5, which also drinks from the black pump, but the F-Pace promises better value, with a standard specification that Jaguar says includes £8430 of extras.

That list includes a Touch Pro Navigation infotainment system that gains Android Auto and Apple CarPlay for the first time, along with a fully digital instrument cluster, electrically adjustable heated seats, a Meridian sound system and a panoramic sunroof.

It also gets bespoke exterior trim, along with 22in alloy wheels (20s are an option, but weren’t fitted to our test car). They are wrapped in new ultra low-rolling resistance rubber for 2019 - a move made to improve CO2 emissions without modifying the engine line-up. 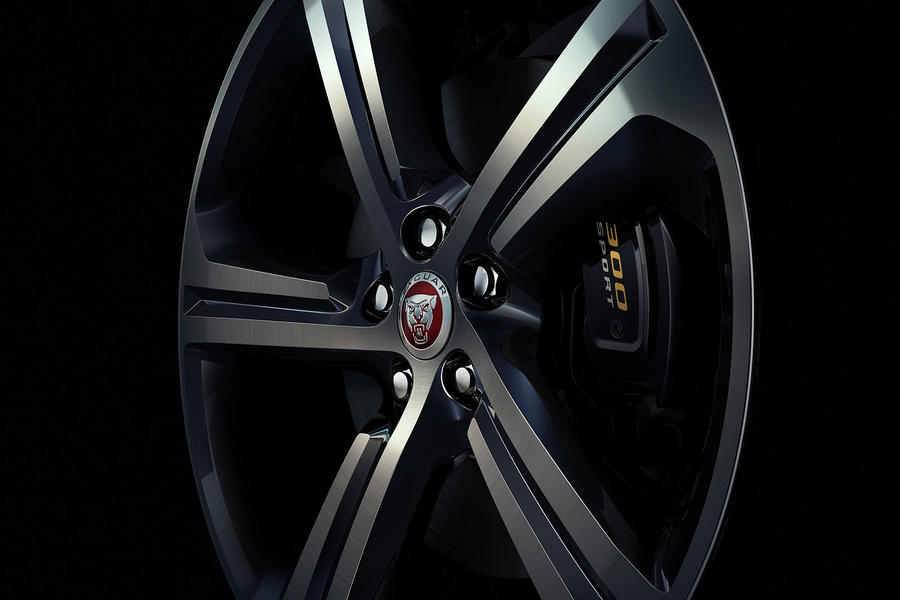 The car is not short on ‘300 Sport’ branding. If the badges on the front grille and rear bumper weren’t enough, there are also logos etched into the door sill plates and embossed on the front seat headrests. Contrasting stitching on the seats and dashboard continue the yellow theme.

Otherwise, the interior remains unchanged from the pre-facelift car. Smartphone integration is a welcome improvement as JLR’s navigation system isn’t particularly intuitive, nor is it especially accurate - it thought the launch venue was on a motorway central reservation, for example. The cabin is on par for the premium end of the family SUV spectrum, but still slightly behind the likes of Mercedes and BMW for the quality of its materials.

Where the F-Pace has always excelled is in its combination of ride comfort and dynamic ability, and that remains true in 2019. Admittedly the 22in wheels are asking a lot of the passive suspension, which can struggle to smooth out rougher surfaces, so unless you find the smaller 20in alternatives visually offensive, they might be the more enjoyable for daily driving.

That’s largely forgotten once you find an interesting driving road, the F-Pace merging the relaxed cruising nature of an SUV with near saloon-like engagement through the corners. The all-wheel drive system shuffles grip between the axles to create the sensation of what is a sizeable machine pivoting around your hips as you turn, in a way that’s a lot more fun than some of the more po-faced class alternatives.

Immensely capable SVR version notwithstanding, this six-pot diesel is about as performance-focused as the F-Pace gets. It delivers an impressive 516lb ft surge of torque from as little as 1500rpm, making overtakes and motorway merges effortless, thanks in part to a gearbox that can quickly drop cogs when called upon. That it manages 0-62mph in 6.4 seconds puts it slightly behind the petrol version for outright pace, but can still claim a healthy figure for a car weighing almost two tonnes.

It’s a refined motor when you aren’t rushing it, too. Though not the quietest at start-up, it quickly settles into smooth running that’s a real step up from the four-cylinder ingenium engines found lower down the range. 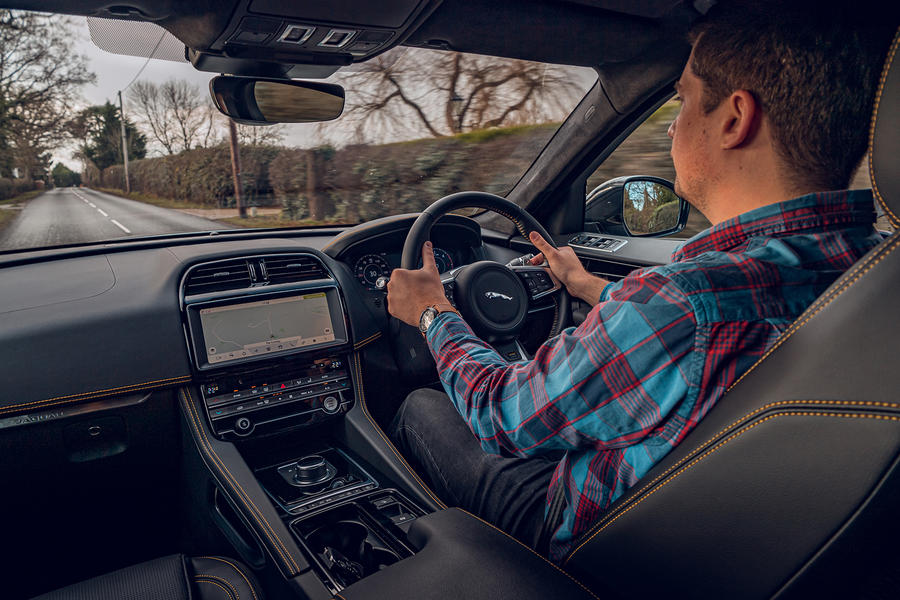 If driver engagement is your top priority, there’s a strong argument for considering this car. When we first drove the F-Pace back in 216 it was clear that the six-cylinder diesel was the pick of the litter, and that remains true today. It’s refined when it needs to be, but can deliver overtaking pace when called upon and is more affordable to run than the equivalent petrol version.

The handful of interior improvements haven’t done enough to best the German opposition, and whether the 300 Sport’s bundle of extras is enough to call it good value is debatable. Were you so inclined, Jaguar provides an options list that can nudge it perilously close to SVR territory.

Show some restraint, though, and it compares favorably with its rivals, and it remains one of the most enjoyable SUVs to drive. kerb an Audi or BMW and the tie rod ends will crumble easily,wheras Lr in particular are more durable.They have great seals on the doors as well which all adds weight,but at least you would not get dirty truosers getting in and out as the doors go over the sill.

Yes, how about Jaguar does a clubsport version as Porsche did with the 968 in the 90s - fabric door pulls, bucket seats, no rear wiper or air con - do you think people would really buy this? 1968kg prob pretty good as SUV's go these days?

why can't they do the reverse?

Strip out most of the luxury items to reduce weight to make a lower cost version that is more economical due to weight loss?

All these hi-perf halo versions have a limited market size