BACK TO ALL NEWS
Currently reading: Buy them before we do: second-hand picks for 23 October
UP NEXT
New Land Rover Defender V8 gets 525bhp and bespoke styling

Buy them before we do: second-hand picks for 23 October

Ten years ago, your electric car choice was limited to a compromised gaggle that did a pretty poor job of persuading drivers that there was potential for an engine-free future. But there was a highlight: the Tesla Roadster, which could crack more than 200 miles per charge (the first production car to do so), hit 62mph from rest in less than 4.0sec and, crucially, handle like a sports car.

That’s no surprise, really, because the Roadster’s resemblance to the Lotus Elise is no coincidence: they share around 6% of their components and were both built in Hethel. The Tesla does have to lug around about 400kg more than its petrol-powered relation, but our road test of the time found that it could “canter around any bend at considerable pace” and offered “outright grip levels not far short of that produced by an Elise”.

It was certainly an attractive proposition for keen drivers looking to become early adopters of this bold new technology, but it never entered the mainstream, due to its limited production and near £100,000 price. 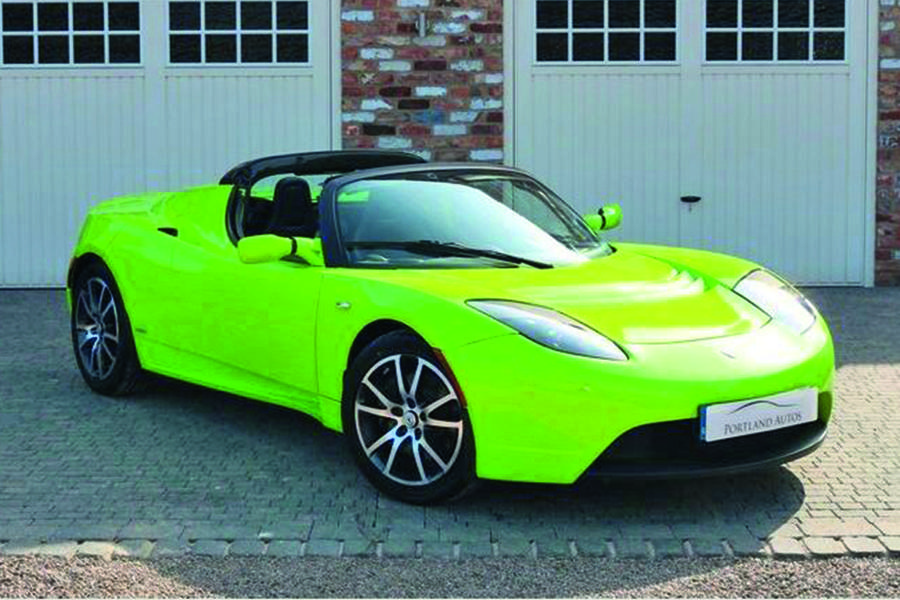 Today, the Roadster is rare and still expensive. But we were intrigued by the prospect of a 59-plate example being offered for £75,000, and not just because of its lurid tennis-ball-green paintwork. This is one of just 250 commemorative Signature Edition cars built, has been with its current owner since the day it left the factory and has covered just 35,000 miles in the intervening decade.

It’s a lot of money for a car that some might see as having become outdated (it will take much longer to charge than a Model 3, for example), but its batteries should have another 65,000 miles of life left in them and there’s a huge stack of paperwork to show that it has been well cared for.

It’s still faster off the line than pretty much everything at this price point – including most new sports cars – and, because you see so few today, it will turn as many heads as it did when it first hit the road. 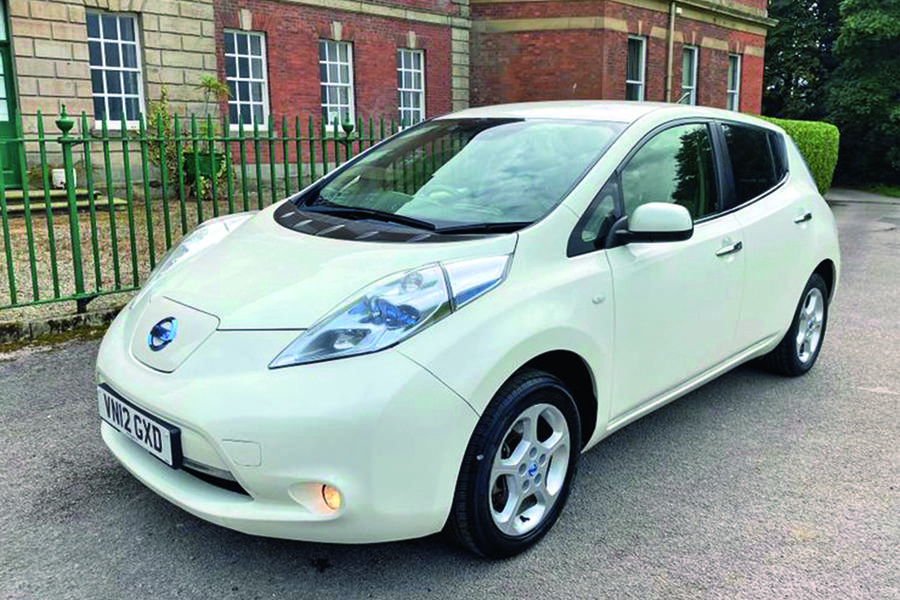 Nissan Leaf 24kWh £5289: It might not look like much, but the Mk1 Leaf was a pioneer of affordable electromobility, and this 2012 car is about as accessible as they get, at a little over £5000. It’s the lesser-batteried 24kWh version, mind, so offers only about 80 miles of range. 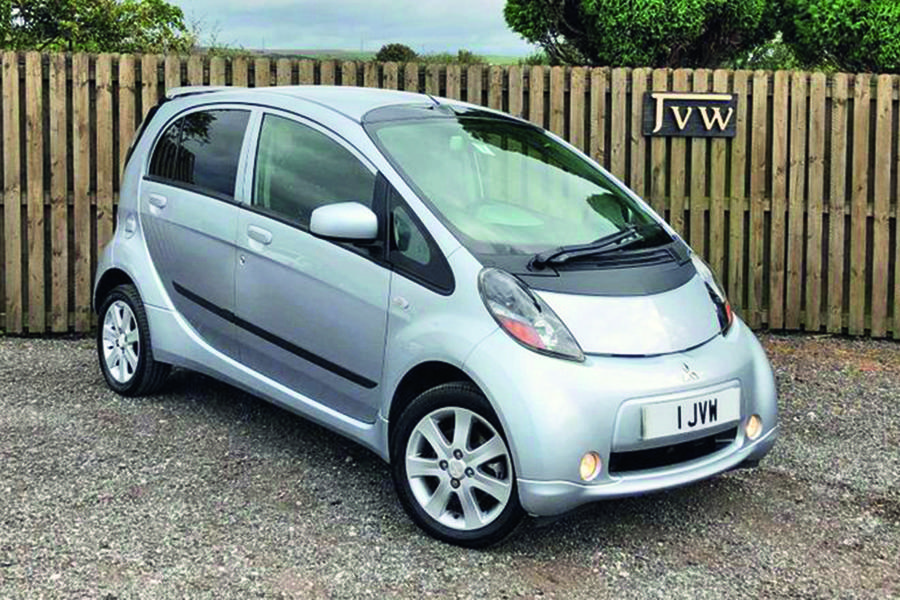 Mitsubishi i-Miev £6475: It’s hard to imagine a better second car than the i-Miev. It has a decent array of kit, can be charged overnight for tuppence from a domestic plug and is around 40% of the cost of a smaller yet not much more energetic new Smart EQ Fortwo. Mahindra e2o £5850: Do you secretly quite like the idea of a G-Wiz but can’t stand the shame? Enter the e2o: the quadricycle’s longer-ranged but shorter-lived successor. It is still tiny but is officially viewed as a car so reassuringly has to meet European crash test standards. 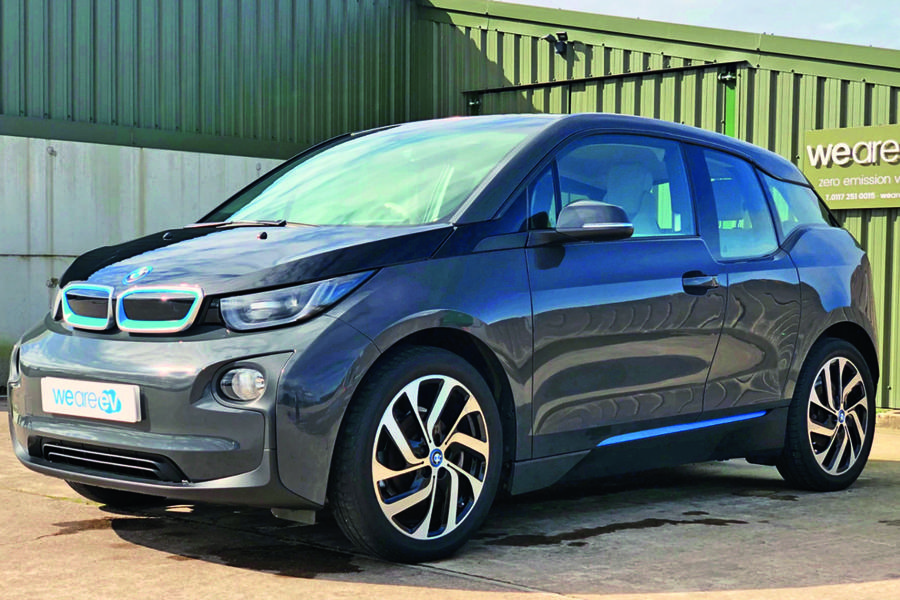 BMW i3 £13,295: You might find it hard to believe the i3 has been on sale for seven years with no design changes, but then it still looks like nothing else on the road. It remains competitive in performance terms, too. Save 66% on a new (albeit longer-range) i3 with this 2013 model. 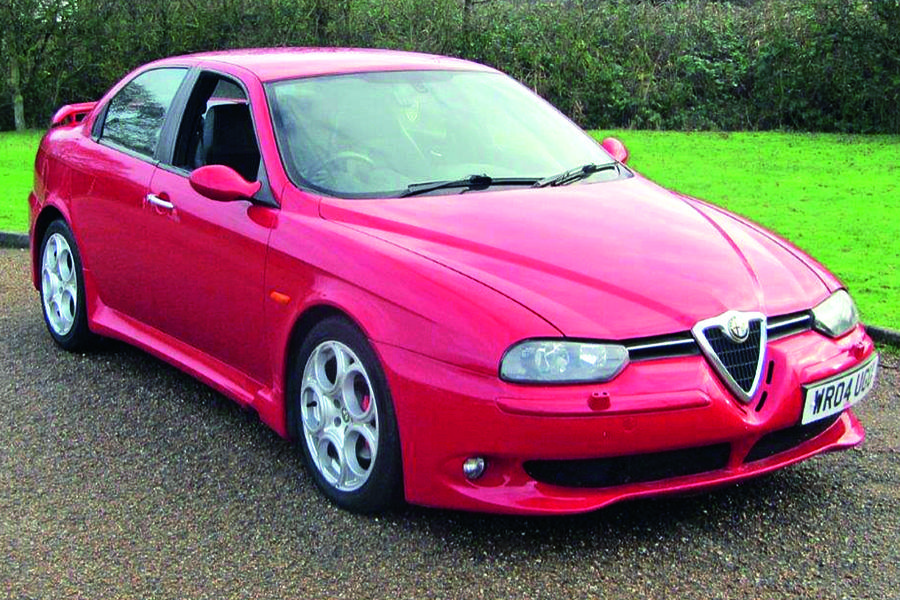 Alfa Romeo 156 GTA: Exceeding its lower estimate of £7000 by £2450, this lairy 156 GTA – one of just 1973 saloon examples built – is a classy Italian alternative to somewhat less reputable, mid-noughties sports saloons, such as the Ford Mondeo ST 220 and Vauxhall Vectra VXR. Selling points include Alfa Romeo’s rev-happy 3.2-litre Busso V6 engine in 250bhp form, Brembo performance brakes and quicker steering than in the standard 156. As a bonus, this GTA is equipped with the six-speed manual gearbox, rather than the much-maligned Selespeed automatic option. Land Rover Freelander 1.8 3dr, £1475: Right, tin hat time. Whether you like it or not, the Land Rover Freelander will one day, maybe soon, be seen as a modern classic. Why? Partly because so many have been driven to death and numbers are dwindling, and also because Land Rover doesn’t and won’t make another car like it. Yes, there’s the lifestyle-oriented Evoque and family-friendly Discovery Sport, but those are still premium cars. This is a quirky, curvy high-riding runaround in the vein of the original Toyota RAV4 and an absolute steal at less than £1500. 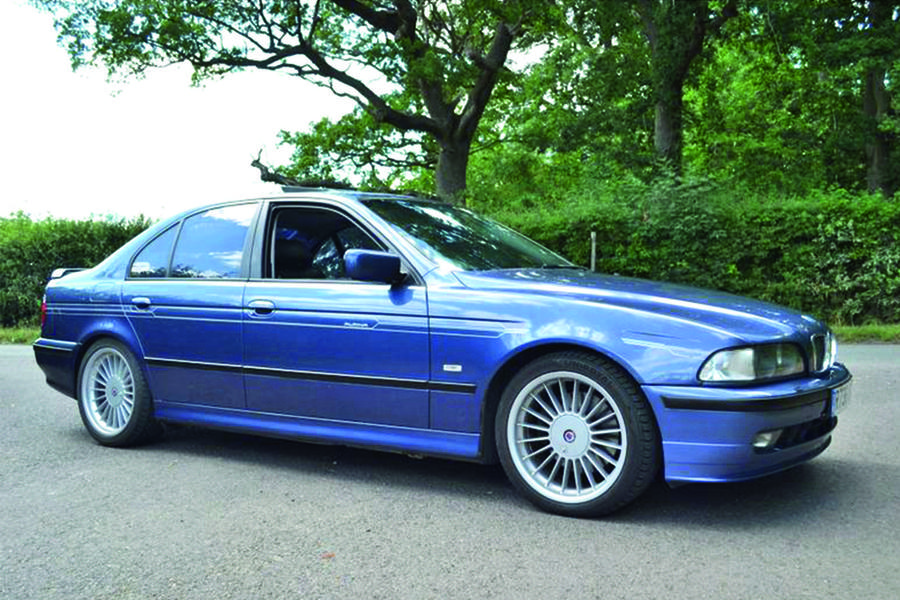 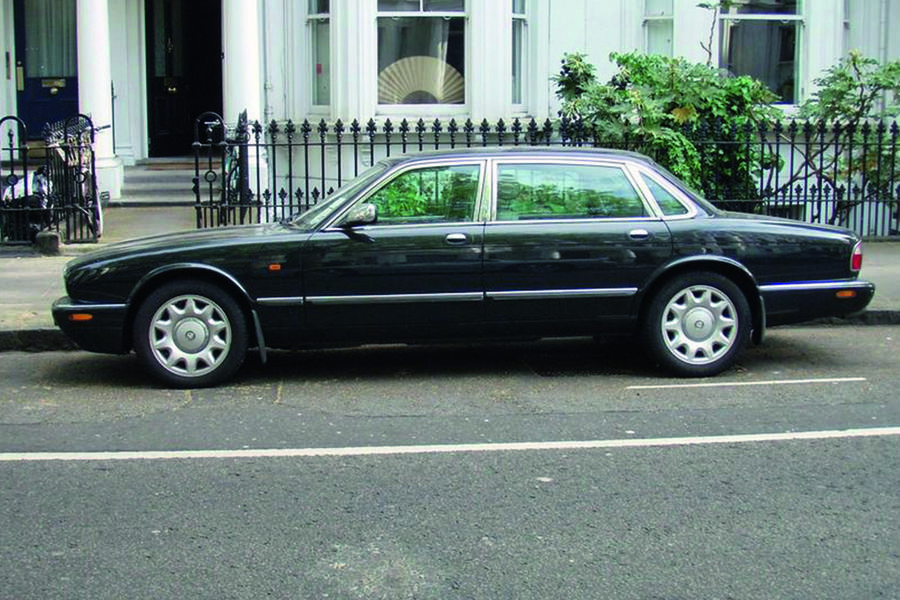 Felix Page: I’m reluctant to show James this, because I’d like to nab it for myself. Alpina has plied its trade for more than half a century, subtly modifying BMW’s finest with the aim of making them finer, and this 1997 E39-generation B10, I’m sure you will agree, is the perfect embodiment of that. The previous owners certainly thought so, because that well-cared-for 4.6-litre petrol V8 has covered 156,000 miles. And acres of space in the front and back make it a brilliant ’bahn stormer.

Max Adams: I think there’s an excessive use of hyperbole in that last line, because your E39 comes up a little short in the rear leg room department. My 2001 Daimler has this in abundance, since it’s the long-wheelbase model. And it gets the same supercharged 4.0-litre V8 as the Jaguar XJR, since it’s a Super, which means a stout 370bhp – 30bhp more than the B10.

FP: You really can stretch your legs with an old Jag, yes, while you wait at the side of the road for the AA. Not exactly stylish, either, is it? Especially compared with the elegant XJs of old.

MA: This is an XJ of old, and it’s far more svelte than the one that replaced it. Also, what’s that saying about stones and glass houses? BMW V8s of the 1990s and early 2000s don’t have a brilliant reputation for dependability either.

FP: Ah yes, that will be why my car has covered twice as many miles as yours. Also, the current seller has written a dissertation on the recent servicing work it has had carried out, for James’ peace of mind.

MA: Yes, but nothing mentioned about the Achilles heel that is the timing chain and its plastic guides, which many believe you ought to change at around 150,000 miles – a familiar figure – as preventative maintenance.

Verdict: If I'm going to be driven around, I'll take the Jag.

I seem to remember reading in Autocar that Mahindra had bought all e2o's back at full retail price? They supplied through one dealership in London who, if I remember correctly, organised mobile servicing so anyone outside the M25 was not even considered a potential customer. I've seen two advertised for sale but that's all, so for sheer rarity value, some people may take a punt.

The Freelander is considered here modern classic because so many have been driven to death and their number is dwindling. It is understood that unreliable cars quickly become classic. Now we understand why LR manufacture such cars (see reliability surveys).

If anyone at Autocar reads these comments it would be interesting to have some commentary on used car prices. I spend far too long trawling used car ads and it seems to me that used car prices have shot up since lockdown. Am I imagining it or has there been an upswing in prices? Any ideas on why? Perhaps due to the much higher new car prices?