BACK TO ALL NEWS
Currently reading: Mahindra e2o electric car launches in UK
UP NEXT
Noble M12: Homegrown superhero revisited at 20

Indian car maker says this is the model that'll close the price gap between diesel and electric cars; it's priced above the Renault Twizy but undercuts the Zoe and Nissan Leaf
Share
Open gallery
Close
Share story

Indian car maker Mahindra has launched its e2o electric car in the UK, which has a claimed range of 79 miles. A three-door hatchback with four seats, it has been designed specifically for easy urban commuting and is available to purchase online now, with deliveries starting in May.

The e2o is the successor to the G-Wiz, and will be priced from £12,995 (once UK grants have been applied), a price more than double that of its Indian equivalent which costs around £6000. However, the e2o is an upgraded version of its Indian counterpart, with more safety equipment, a larger battery, and a higher quality interior.

Read our review of the Mahindra e2o

The price range makes it more expensive than the Renault Twizy, which starts at £6895, but cheaper than cars like the Renault Zoe and Nissan Leaf, which cost £18,445 and £25,790 respectively. Mahindra will also offer a finance scheme for the e2o, including hire purchase, PCP and business leasing options, but these are yet to be determined as the firm is awaiting residual values confirmation.

The e2o has a top speed of 63mph and achieves 0-25mph in 4.9sec, while 0-50mph takes 18sec. The 13.9kWh lithium-ion battery powers a 42bhp electric motor with 67lb ft of instantly available torque and takes nine hours to charge from empty. The e2o TechX also has a fast charge option, taking 1.5 hours. 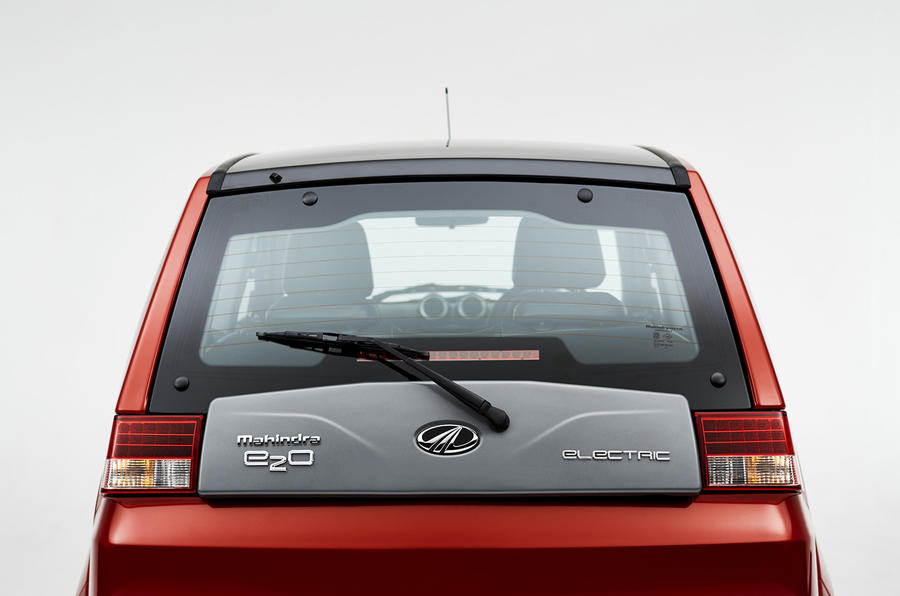 Mahindra says that owners doing the UK average of 7,900 miles per year and charging the car at home at night on an Economy 7 tariff will pay under £10 a month on fuel.

By selling cars online rather than through dealerships, Mahindra says the car “closes the price gap between diesel and electric cars". Test drives can be booked online in London, Birmingham, Bristol and Milton Keynes, with additional test drive cities to be announced in the future.

The entire sales and aftermarket process is digital, with Mahindra's electric boss Arvind Mathew saying the firm is "trying to create a convenience model". "Our customers want no hassle," he commented.

Mahindra Group chairman Anand Mahindra added: "People want it to be like other tech purchases. The whole buying process has mutated. We're selling you something that is as friendly and easy to buy as an iPhone."

Mathew estimates that 90% of vehicle maintenance - mostly servicing - will be carried out at owners' homes and cost no more than traditional servicing. Mobile vans are already in place around the country to undertake the work.

Although he expects "some bugs" in the all-digital system in the early days, once these have been ironed out the firm will expand across the country.

Alongside tech already seen on electric vehicles, including the ability to remotely control key functions of the car such as pre-heating/cooling the car, Mahindra offers a remote emergency charging feature on the e2o, giving the driver up to 8 miles of range if the battery has been depleted. There are also onboard sensors which send car data to Mahindra allowing remote health monitoring and customer alerts. 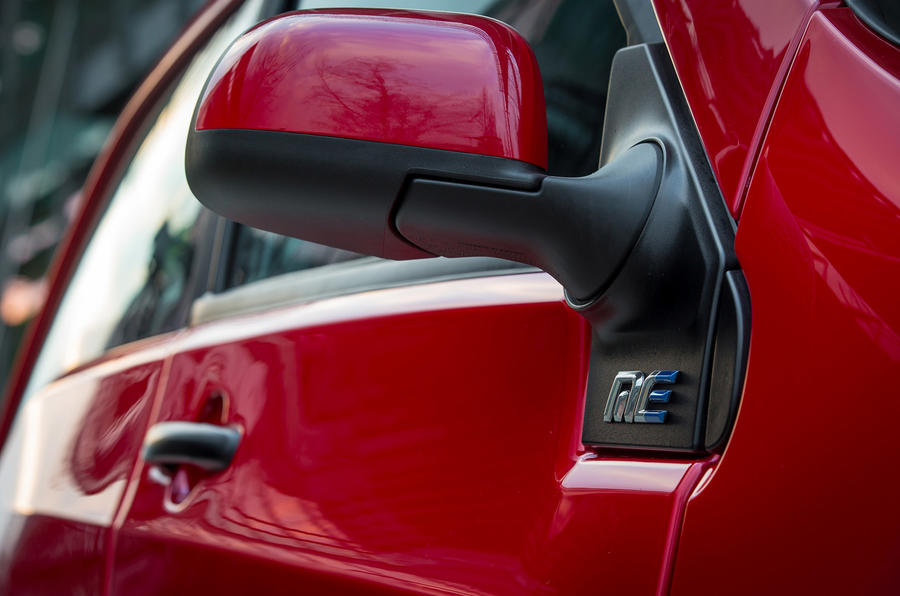 When asked whether the e20 would be a safer proposition than the G-Wiz, which was notoriously unsafe, Mathew said: "the G-wiz was a quadracycle. This is a car which can be driven on highways and is a full M1-certified vehicle." However, the car will not be tested by EuroNCAP, with Mathew saying that the system was for high-volume production cars.

He is not forecasting sales volumes, because  his first task is to establish the brand and successfully introduce its digital sales model. However Mathew said the car, which is built in Bangalore, could be produced in the UK if demand exceeds expectations. "If the volume goes through the roof, I'd be happy to assemble the car in the UK," he confirmed.

Shah continued: “The e2o is an innovative combination of advancements in automotive, electronics and information technology paired with minimal running costs and zero tailpipe emissions. This makes it the ideal urban runabout or second car for the two-and-a-half-million UK households that can charge the car at home in a driveway or garage.”

Speaking about the e2o’s arrival on British roads, Mahindra chairman Anand Mahindra said: “I invite people to come and test drive the Mahindra e2o ‘ElectriCity Car’, and help drive a positive change to the air quality in their cities. Sustainability is at the heart of Mahindra’s business practices, and with the introduction of the e2o to the UK market, we are offering a product that perfectly encapsulates our corporate philosophy.”

Recharges in 90min... the time required to charge a mobile phone

Comparing a 4seater car E20 with 2 seater Renault Twizy or even the GWiz is complete injustice... the twizy doesnt even have a boot nor a proper door or window... forget about reverse camera, navigation... the range of the Twizy is pethetic at 62miles... while the E20 in spite of being 4seater is 79+8 = 87miles and best of all it fully recharges in 90minutes the time required to recharge a mobile phone…

Twizy at best is half a car... and yet is inferior to E20 in both Speed AND Range.

E2O is the best Electric Car in the world comparing price & performance...

I would really like to see Mahindra succeed, but they don't help themselves by launching something like this. The fact that the rear wiper obscures the central brake light doesn't exactly fill you with confidence about the thoroughness of the engineering in the rest of the car. Oh and the taillights look like they're from a Mk.1 Metro.
bowsersheepdog 17 April 2016

Two downsides to every story

Congratulations to Mahindra. I didn't think it was possible to make electric cars any less desirable, but they've only gone and done it. What an amazing achievement. As to comments suggesting that equivalent offerings from Renault are a better choice, given the decades long bad reputation of French electrics, what could possibly go wrong with that? Electric cars are going nowhere.
View all comments (17)