BACK TO ALL NEWS
Currently reading: Buy them before we do: second-hand picks for 19 February
UP NEXT
New 2022 Porsche Cayenne to bring design overhaul

Buy them before we do: second-hand picks for 19 February

There’s nothing like several months of forced confinement to inspire a bit of nostalgia for the good old days, and there’s a growing consensus bubbling away across the motoring enthusiast sphere that said golden era took place towards the end of the previous millennium.

The best cars of the 1990s are increasingly sought after, partly because they still perform impressively without leaning heavily on software or electronic systems but also because, by and large, anything that age worth preserving is on its way to bona fide collector car status.

Fortunately, you can get ahead of the game by picking up one of these next-generation classics now. And because an old car should always be more than an investment, you should make sure that it’s fun to drive, too.

The Porsche 928 GTS is a fine candidate for your consideration, with its naturally aspirated 5.4-litre V8 sending a perfectly satisfactory 345bhp and 369lb ft rearward for a still-quick 0-62mph time of 5.7sec and a top speed of 171mph.

The 928 wasn’t all about raw performance, of course, so you will find ample space in its rotund cabin for all four occupants to travel in comfort and a boot large enough for all their skiing gear. 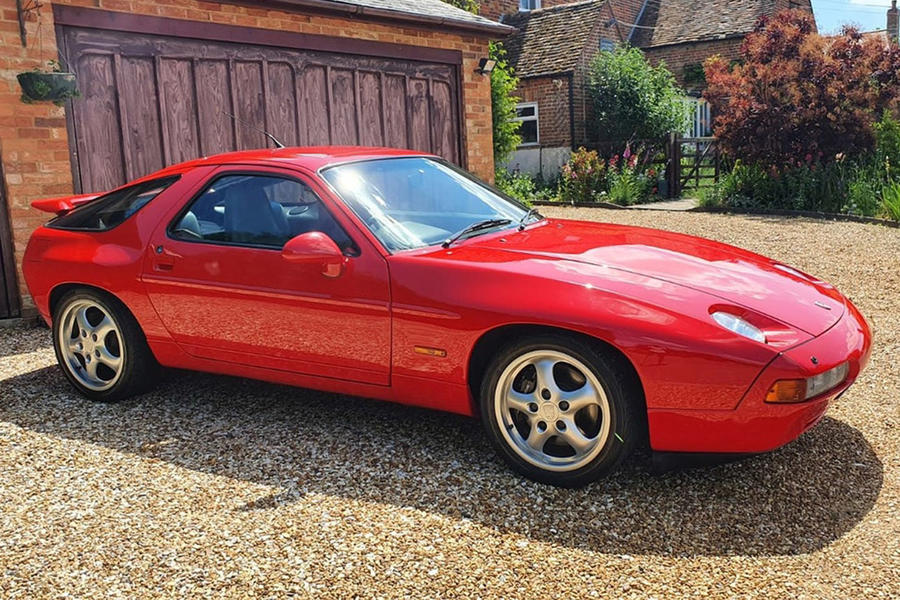 What’s more, because the 928 was actually conceived as a replacement for the 911, it had to know its way around a corner, so it has chassis features such as passive rear-wheel steering and an electronically controlled locking differential taken from the unfathomably advanced 959 supercar.

The GTS was the most powerful incarnation of the long-lived 928, and it’s quickly establishing itself as one of the most collectible variants, thanks to its relative youth and superior performance.

You can pay as much as £95,000 for a factory-fresh manual GTS but, in the interests of accessibility, we will cast our eye over this automatic 76,000-miler at less than half of that.

Its shiny Guards Red paint is a big selling point, as are its uncreased leather seats, fresh MOT and seller’s claim that it drives like new, with everything in full working order.

We would just check that the water pump and timing belt have been replaced in the past few years, there are no signs of rust creeping in around the windows and there is no evidence of damp inside. 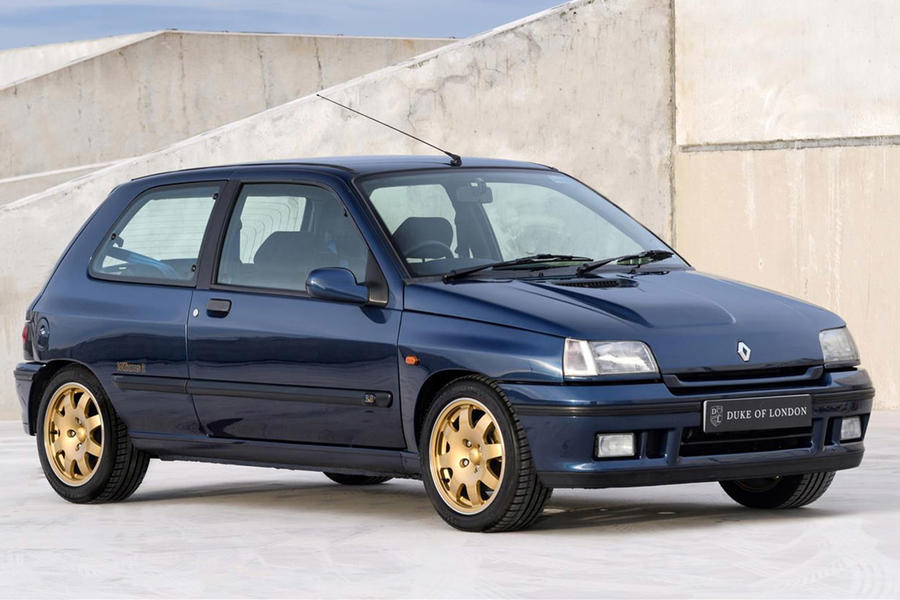 Renault Clio Williams, £16,950: Given that you could pay more than £70,000 for a new Mégane RS, prices for the Clio Williams seem palatable. This plucky 145bhp homologation special weighs less than a tonne and has added kerb appeal courtesy of its gold rims and off-centre Naca duct. 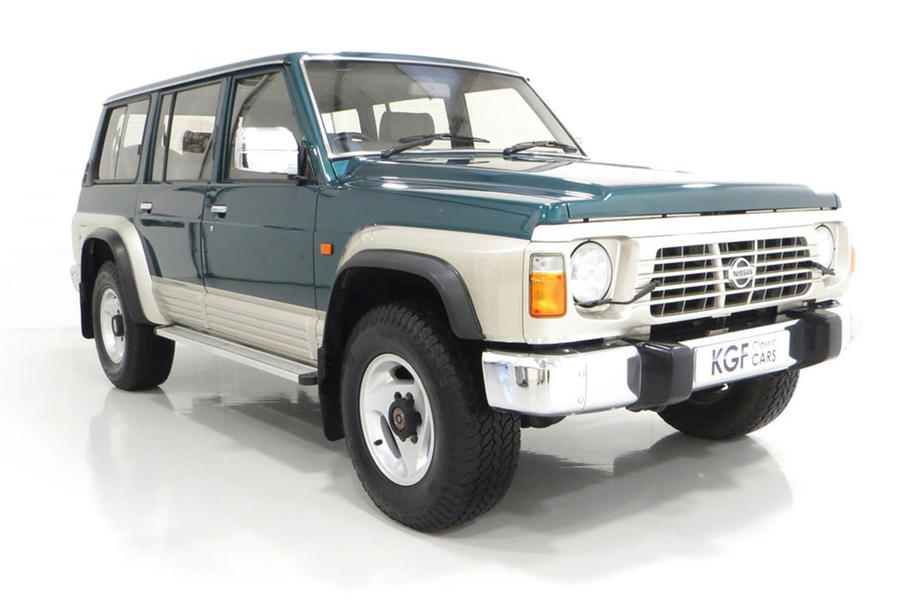 Nissan Patrol, £11,695: You could corral your kids, dog and kitchen sink into an old Land Rover or Toyota Land Cruiser, but isn’t that a bit unimaginative? This hardy 1990s Nissan can comfortably carry seven in its ballroom-sized cabin and will laugh in the faces of urban potholes. 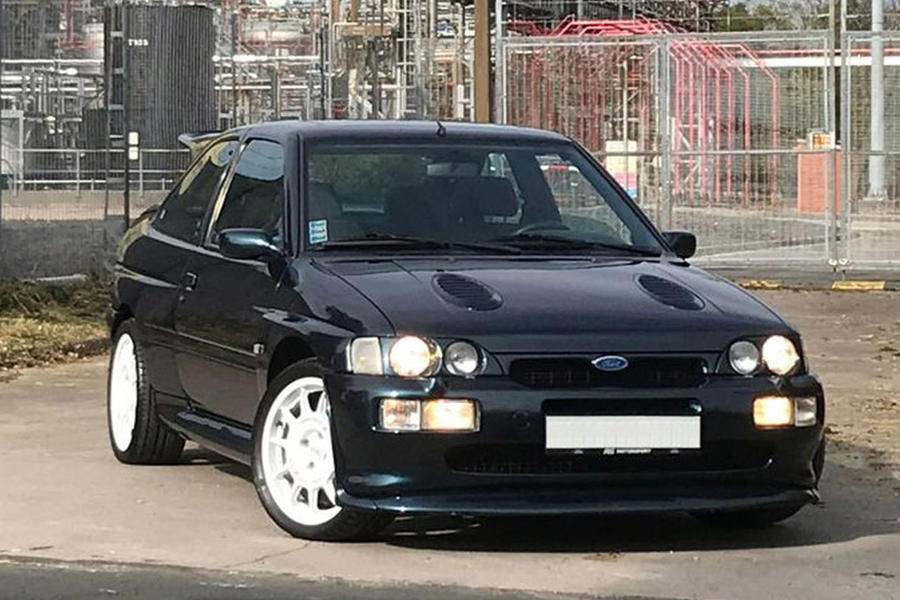 Ford Escort RS Cosworth, £44,495: Haven’t the years been kind to the Cossie? Not only are values climbing by the day but also its towering rear wing, flared arches and aggressive intakes still look great. This is a left-hooker but also one of the cleanest on sale, so worth the inconvenience. 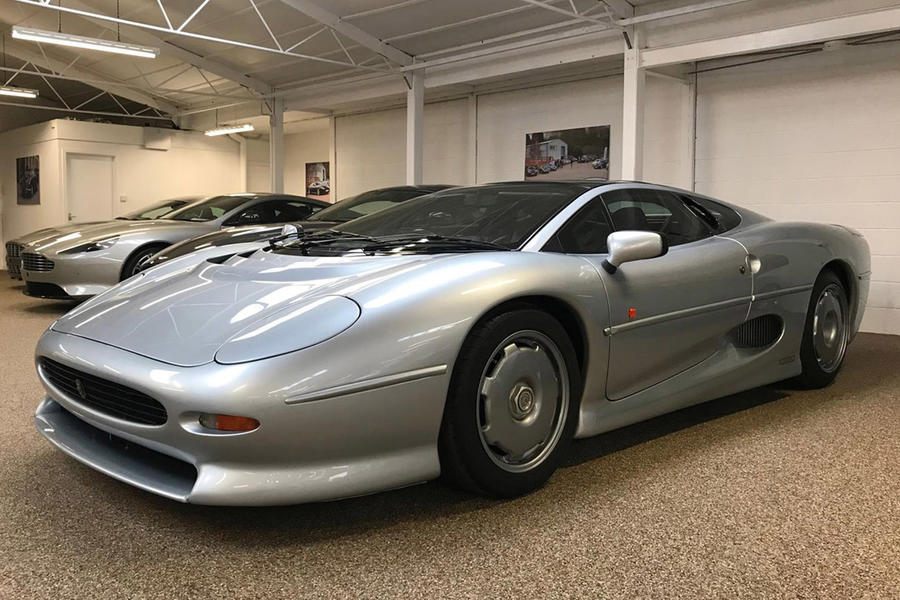 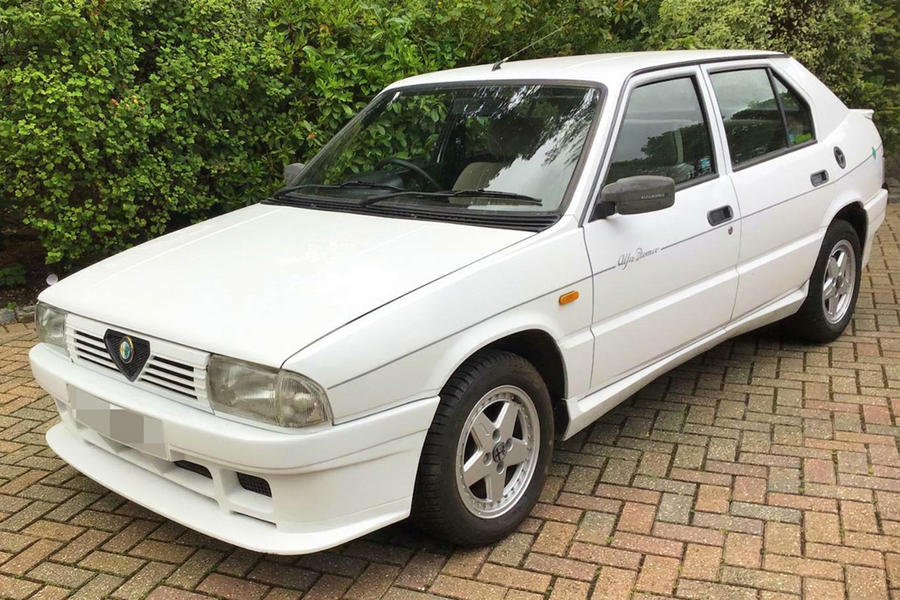 Alfa Romeo 33 1.5 TI Veloce: It’s often hard to know whether to go and collect a 1980s Alfa with a trailer or a dustpan, but – assuming the factory-fit Zender bodykit on this sporty 33 isn’t hiding any chronic corrosion – sometimes you get a real peach. This £4999 car’s plucky 1.5-litre four-pot boxer engine should be in fine fettle at 48k miles, and the interior looks minty fresh. 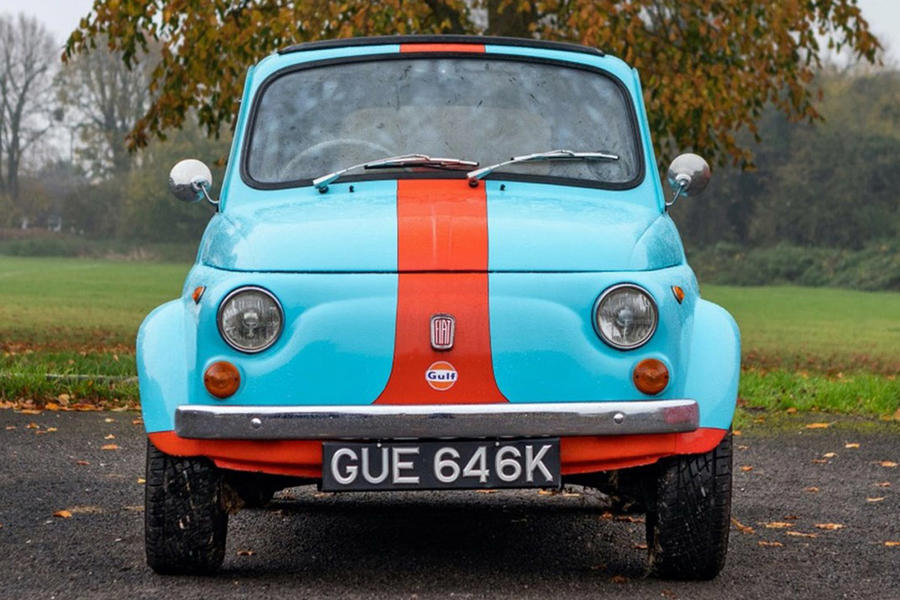 Fiat 500: There are those who argue the historical significance of the Gulf Oil racing livery has been diluted by its inauthentic application on all manner of cars; and those who think it suits just about every vehicle going. Take the original Fiat 500, for example: it never jostled with Ferrari 250s and Porsche 907s at 200mph on the Mulsanne Straight and couldn’t be further removed in its conception from the Ford GT40 that did, but it wears that hallowed blue-and-orange livery remarkably well. Just £9056 bagged this lightly restomodded 1972 example, and the new owner can always paint over the stripe if it proves too controversial… 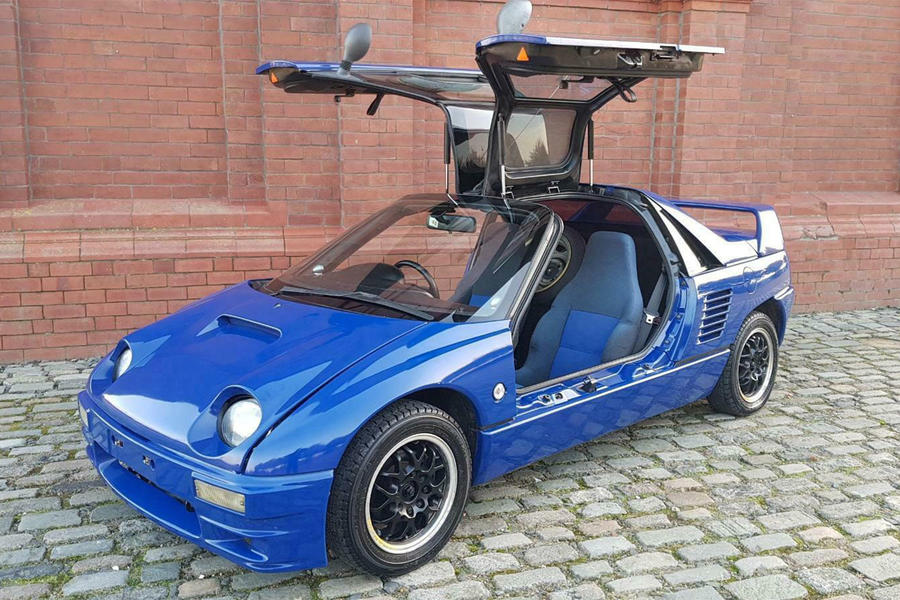 Autozam AZ-1, £13,999: During the 1990s, Mazda’s short-lived Autozam brand specialised in budget-minded kei cars for Japan (and, curiously, briefly served as the official Lancia importer), but it’s perhaps best known today for one of its less successful models. This feisty little gullwinged oddity is the AZ-1: a mid-engined two-seat coupé weighing just 720kg and powered by a buzzy turbocharged 657cc three-cylinder engine producing 63bhp and 63lb ft. Like its Honda Beat and Suzuki Cappuccino contemporaries, it’s a huge amount of fun to drive without risking your licence. Sadly, fewer than 5000 examples were produced and prices for imports are soaring, so many are being tucked away rather than enjoyed. Why not rectify that? 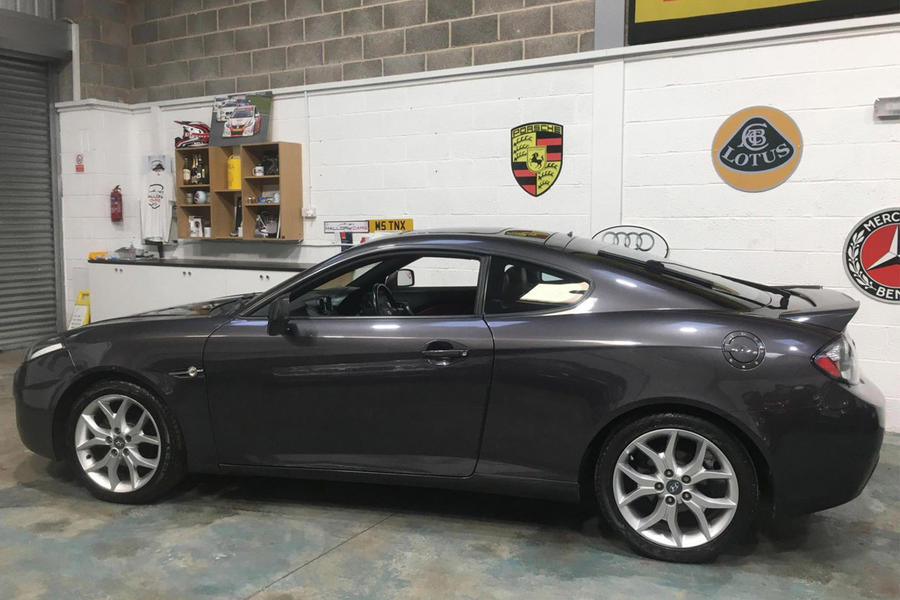 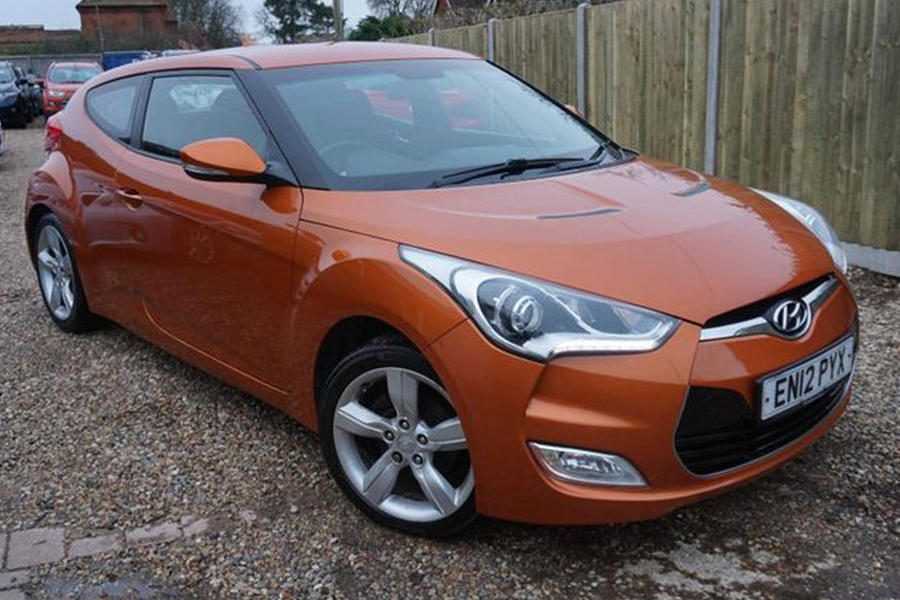 Felix Page: I wanted to offer you a Daewoo Espero or original Ssangyong Musso, but both appear to be extinct. No matter, this nippy little 2+2 Hyundai Coupé is probably conventionally cooler anyway. I’ve gone for the mid-range 2.0-litre motor for tax purposes but held out for a manual gearbox and leather interior. The thinking man’s Audi TT, I’m sure you’ll agree.

Max Adams: Hang on, you have £5000 to spend, so why hamstring yourself with something so old and irrelevant? This funky, non-symmetrical Hyundai Veloster is cool to the idea of conformity. Also, because it’s three years younger, its climate control is more likely to work.

FP: Cool? Well, it’s not hot, I’ll give you that. You’ve plumped for the lethargic atmo engine, which hardly makes good on the sporting prowess promised by its squat, angry-looking form.

MA: Personally, I would be quite angry to find that your Coupé’s 2.0-litre motor has only a 4bhp advantage over the 23% more efficient 1.6-litre unit in my Veloster.

FP: Frugality plays second fiddle to flair here, so I reckon my baby Ferrari 456 is worth the extra fuel stops.

MA: Have you not heard? Burning fossil fuels isn’t cool any more. Also, where’s your modern infotainment system? In my car, that’s where, proving that your Coupé is just as outdated as your 456 reference.

Verdict: Squint and it’s a Jaguar XK, so I’ll take the Coupé.

How Autocar made a Porsche Cayenne fly, as told by the pilot

You're planning to take 4 people on a skiing trip in a 928?? Who writes this stuff?!