The V8-engined Jaguar XK - coupe or convertible - is a tempting buy, especially from £6000 up. But is there a risk it'll turn around and bite you?
Open gallery
Close

The Jaguar XK makes for a great used car, with its lightweight, bonded and riveted aluminium monocoque clothed in aluminium body panels, and a choice of a reliable 4.2 or 5.0-litre V8 under its long bonnet – supercharged in R versions. And with prices starting at just £6000, it’s also a great bargain. 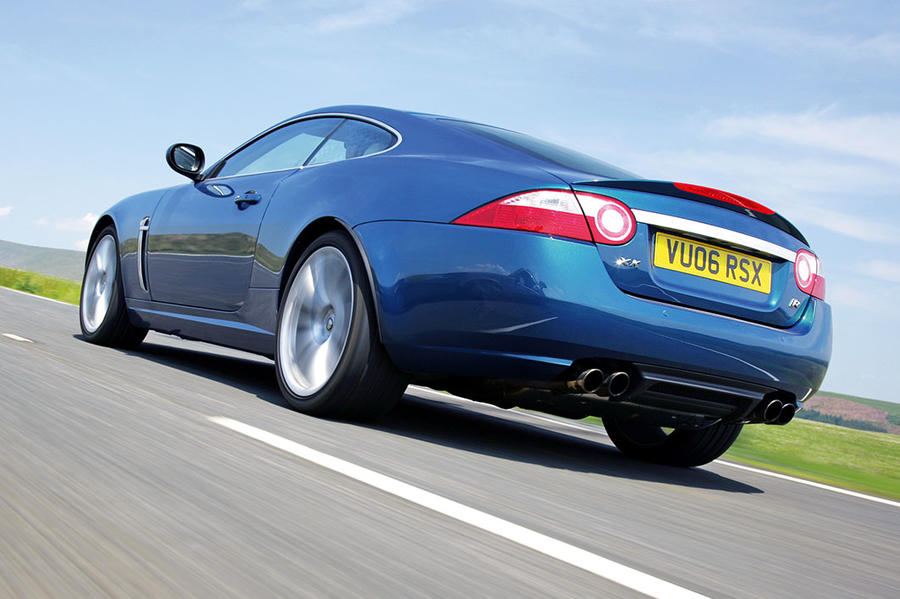 As well as the two engines and their derivatives, there are two body styles: coupé and convertible. Prices start at around £8500 for a 2006-reg 4.2 convertible with 98,000 miles. Feeling brave? You could have a 2009-reg 5.0 convertible with 215,000 miles for the same price. It’s a reminder that, if looked after, an XK can rack up the miles without complaint.

The model was designed by Ian Callum, who was in part inspired by the E-Type. (Check out the grille and the way the cabin tapers over the rear haunches.) Its aluminium monocoque is far stiffer than the XK8’s, which helps handling and ride comfort. The 2+2 cabin is roomier and more modern than the XK8’s clubhouse affair (there’s no wood for a start) but don’t expect to fit more than the regulation golf clubs in the boot.

The 2009 facelift brought the new 5.0 engine – it’s smoother and more eager to rev than the 4.2 and the exhaust pops and bangs invitingly – and other things such as a new diff and Bilstein variable dampers in place of Jaguar’s Computer Active Technology System (CATS), with its Comfort and Sport settings. The Bilstein set-up feels even sportier.

A smooth, svelte all-rounder of a grand tourer, which can equally cosset and thrill in equal measure when called upon 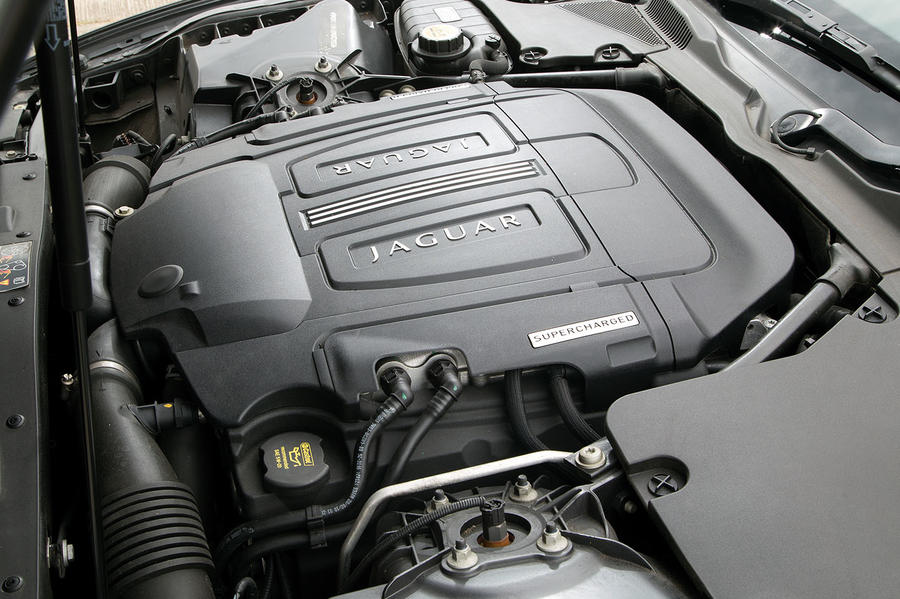 Exterior changes were limited to new lights and mirrors, and narrow front-mounted brake cooling ducts. Inside, the centre console was improved and gained the rotary transmission selector first seen on the XF saloon.

A series of special editions followed, including the 523bhp XKR 75 (it was rumoured to have closer to 540bhp) in 2010 and the XKR-S GT in 2012, which had the S’s 542bhp as well as a race-spec cabin, a strengthened body and heavily reworked suspension.

Finished in black or pale blue, a tidy XK still looks the business, and that’s despite the existence of its near-replacement, the equally alluring F-Type. With just £10,500 being enough to bag a 2008-reg 4.2 with full Jaguar history, performance has rarely seemed such good value.

“The XK is a fantastic car and a big improvement on the XK8. For one thing, it’s roomy. I’m 6ft 5in and even I can fit into it comfortably. The suspension is also much more sophisticated and that’s what turns it into a real driver’s car. On top of that, the 4.2 in particular is extremely reliable. The XK can take very high mileages. We have customers whose cars have done from 180,000 to 200,000 miles and they still use them every day. The cars just lap it up. Fortunately, low mileage doesn’t seem to be an issue for the model, either, so long as it’s been serviced on the dot. Regular oil changes are critical.” 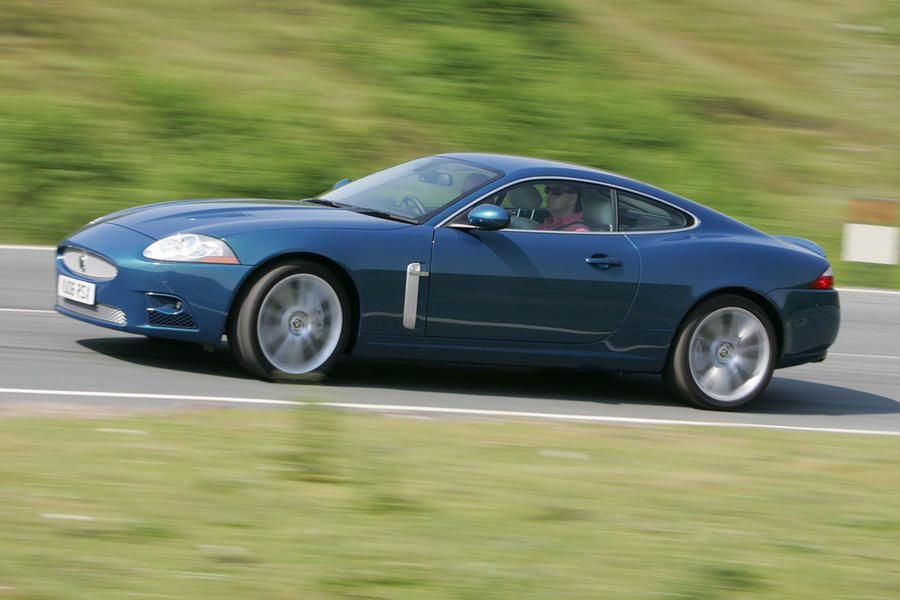 Engine: The coolant pipes below the R’s supercharger can crack, leaking fluid over the gearbox. It’s an expensive fix. A mild noise from the supercharger is likely to be the nose cone bearing. High-milers can rumble like they’ve a bag of rocks in them. A reconditioned charger is the only cure. The 5.0-litre can suffer injector problems that destroy the engine. Poor servicing is at the root of it.

Transmission: The ZF ’box is sealed for life but a careful owner will have had it serviced at 80,000 miles using genuine ZF oil. On the propshaft, check for oil weeps from the input shaft seal to the diff.

Body: Bubbling under the paint across the body, around the boot, the bottom of the doors and on the front wings is aluminium oxidisation. The area will need to be treated and resprayed. Check the operation of the bonnet, which has a pedestrian safety function

Interior: Check for damp footwells because the overflow drain from the air-con, located in the dashboard, gets clogged and leaks. The dashboard has to be removed to fix it. Redesigned drain in cars from 2009 on gives no trouble.

Although generally reliable, the XKR’s Eaton supercharger may start giving trouble from 50,000 miles. A shudder or clonk when turning off the engine is one indicator. To check, detach the drive belt and feel for sloppiness and clonking in the upper pulley. Specialists such as paramount-performance.com and powerhouse.uk can help. 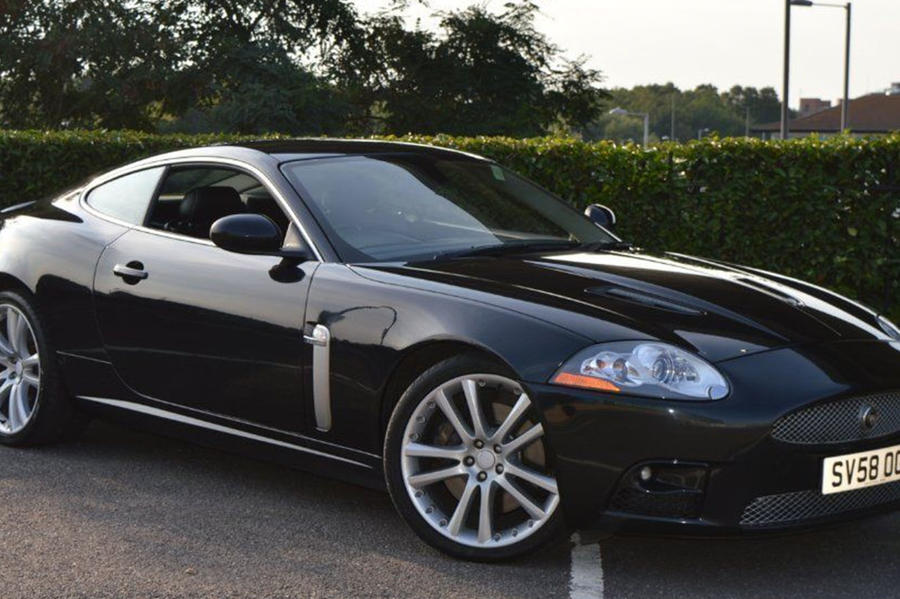 Tata rules out sale of Jaguar Land Rover, but looks for partners

There are many good points to owning an XK, but it is a costly luxury and only has two useable seats.

With RFL approaching £600 per annum, high insurance, costly servicing and parts and 20mpg normal, plus they eat rear brakes and tyres, so they are not cheap to own or run.

Also not mentioned above, is that there is very little rustproofing of the steel subframes and suspension arms. So while it may look a million dollars on top, the underneath can be horrible (also a feature of the F-Type). There are also issues with electrics, I needed two new batteries in 3 years of ownership and suffered strange warning lights intermittently.

They steer and ride well, but the standard brakes are marginal from high speed and the XKR 5.0 cannot deploy its ample power on wet roads or in modern traffic.

Whilst it is a stunning car I

Whilst it is a stunning car I think I prefer the XK8, I'd love either in coupe form but the XK8 looks more feline, so sculpted almost all wheels from the side view. A beautiful car.
hackjo 21 October 2019

Possibly one of the last

Possibly one of the last proper Jags that still felt genuinely luxurious.