BACK TO ALL NEWS
Currently reading: Next Range Rover Evoque to get mild hybrid diesel
UP NEXT
Fisker goes radical with Pear EV SUV

Land Rover is set to launch a diesel-hybrid Range Rover Evoque in its next-generation line-up, due next year.

Six different Evoque development cars spotted testing have been registered as using a 2.0-litre diesel-hybrid engine, according to an online database.

The plans tally with Jaguar Land Rover's announcement last year that it wanted to electrify all of its models by 2020.

We know the Evoque is set to launch with 1.5-litre plug-in hybrid, but previous research projects by Jaguar Land Rover suggest the 2.0-litre diesel powertrain is likely to use a 48V mild-hybrid set-up. 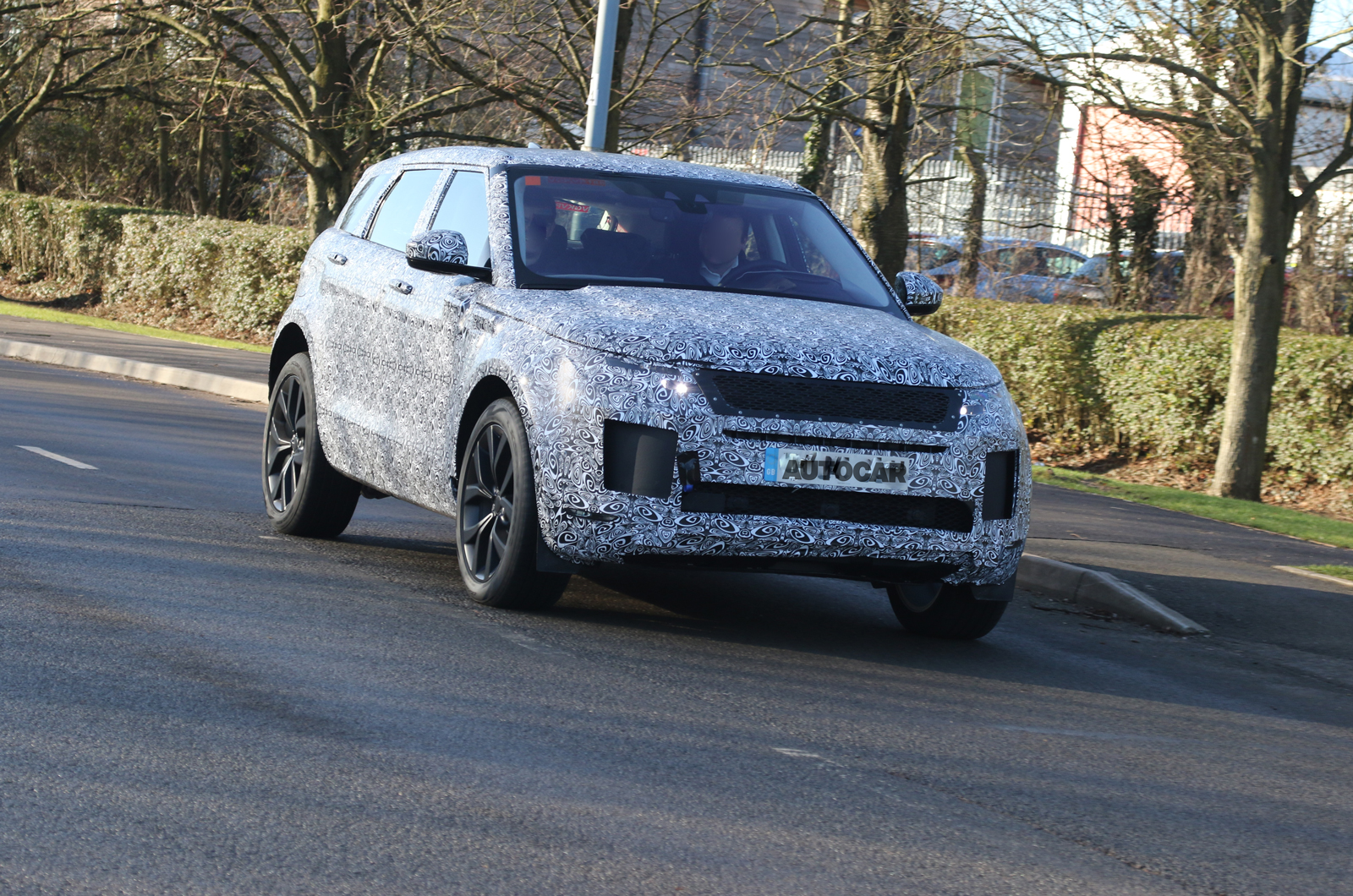 We expect it to echo a JLR prototype called Concept_e MHEV. This mild hybrid is based on a Range Rover Evoque donor vehicle and features a prototype 89bhp diesel engine with a 48V electrical system.

It incorporates a 15kW crank-integrated motor with a disconnect clutch within a hybrid module sandwiched between the engine and a nine-speed transmission. The motor-generator is powered by an advanced 48V electrical system and a 48V lithium ion battery.

The brand’s decision to use diesel power in its hybrid Evoque contrasts a move it made with the larger Range Rover hybrid, which swapped from diesel-electric to petrol-electric power in its latest update.

It also contrasts the route taken by rivals, such as Volvo, which will produce a hybrid version of its Evoque rival, the Volvo XC40, with petrol power. 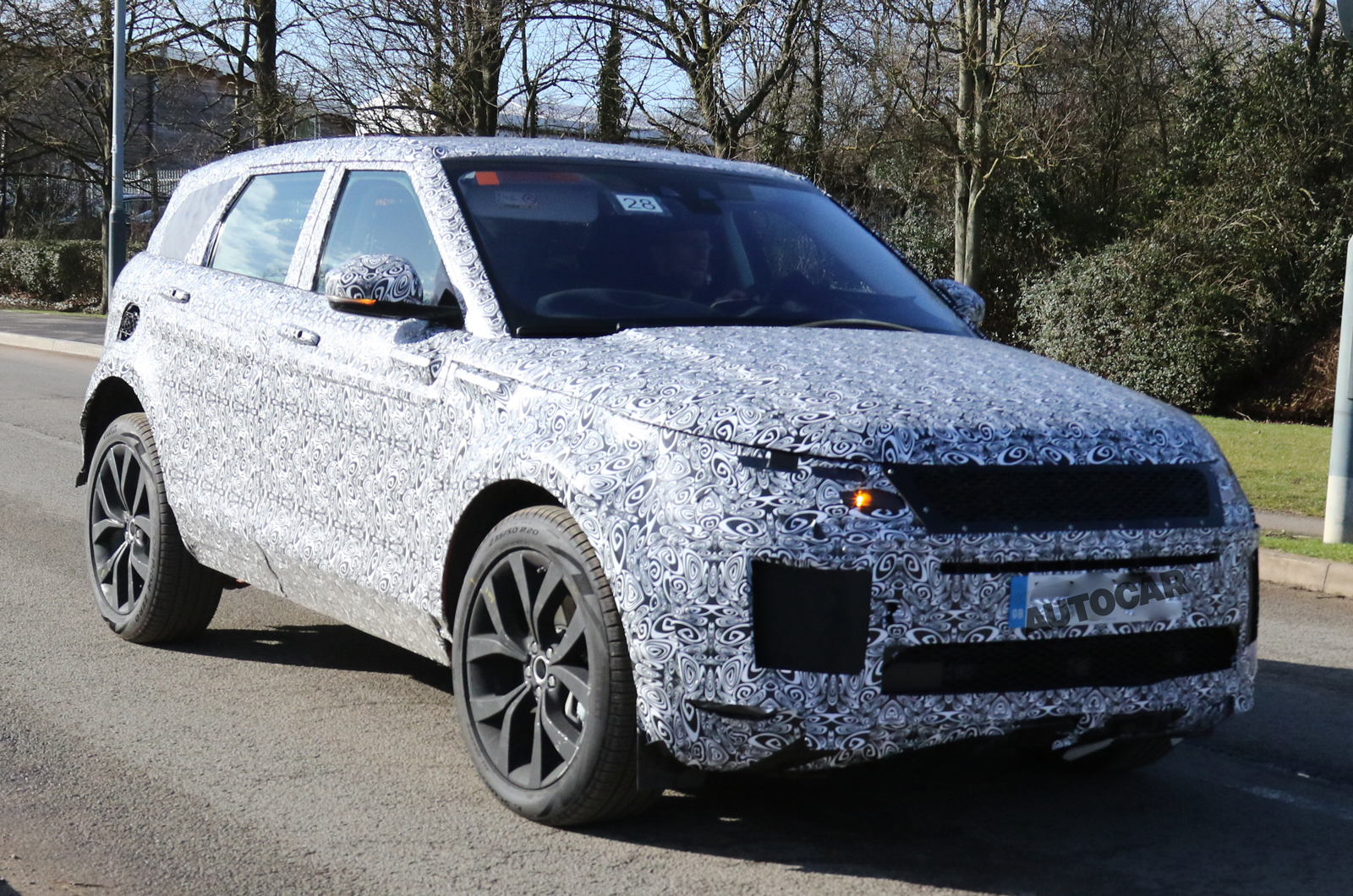 Diesel has come under pressure in recent months, with the UK Government announcing raised taxes for diesel models in a bid to lower the number of them on the road. But diesel cars, particularly those assisted with electric power, are still considered among the most efficient for long distance drivers.

The mild hybrid Evoque will likely offer the very best economy figures and lowest CO2 output in its range. It will lend its electrified diesel powertrain to sibling models in the Discovery Sport and Jaguar E-Pace ranges.

The brand will launch its first electric model, the I-Pace, into the market this July. It will also produce an all-electric XJ and electric Road Rover in 2019.

Judging by the 5 work colleagues who have had these (3 still running them until they swap) I fear this might be a step too far to get right...

All 5 have had major issues - 2 being stranded completely with full engine shut downs and major electrical failures the others just constant ad blue issues and stupid niggles. The two that have run the course of the company car scheme have gone to other makes citing never to return after initially hailing the Evoque as wonderous and brilliant etc.

A shame as I would like to fully support British manufactering but unless they can do this right I fear the worse - not a great track record they have. These are the only people I know personally who run them, I do hope there are plenty more out there with better experiences.

New Land Rover, looks just like the last one.

Is it an Evoque?

Is it a Discovery?

Is it a Discovery Sport?

Is it a Freelander?

Euro 6  diesels are fine similar to petrol on nox but way less co2 than a petrol equivalent petrol is no angel statusby any means and electric /battery is questionable due to the pollutuin caused mining lithium and cobalt and generating the electricity.The diesel thing is blown out of proportion and I am amazed that the big manufacturers are not making themselves heard.I still like diesel for suvand estate cars,petrol for a weekend sports carand the small city cars.Electric  will improve with time but the hybrids will fade eventually,they carry too m,uch extra dead weight and just a tax dodge ie Panamera hybrid a waste of space .

The 2006 are just cleaner than the earlier diesels.

JLR are desperate to clean up their engines, the newest ,before September and it is doubtful they will succeed.