From £44,3508
Share review
JLR’s most powerful four-pot isn’t the engine the Velar truly wants but perhaps the one that makes most sense
Share
Open gallery
Close

You may have heard it’s possible to spend rather a lot of money on a Range Rover Velar – the model that slots into the marque's range between the Evoque and the Sport.

If you haven’t, here’s a reminder: the top-spec P380 costs more than £70,000, which is enough to put a well-equipped Range Rover Sport SDV6 – more refined, more capable but, we’ll admit, not as chic – on your drive with change for 30,000 miles’ worth of diesel.

It’s enough to have you panning down the price list wondering which would be the least compelling engine you can get away with. And, frankly, there’s nothing to stop you from saving £25,000 and choosing the entry-level D180. Nothing, that is, except the fact that the overall appeal of the motorshow-concept-made-real Velar is unusually susceptible to what lurks beneath its long aluminium bonnet.

Its aura of luxurious, long-legged athleticism – conjured by a formidably attractive design both inside and within – demands performance of a certain level and nature, and it should ideally be served with as little fanfare as possible. It’s why we’d steer clear of lesser diesel variants if possible and couldn’t bring ourselves to love even the moderately powerful D240 engine on its full road test.

In short, the Velar has so far needed six cylinders to make a genuinely convincing case for itself and stand out in the competitive luxury SUV category. But that could change with the introduction of the four-cylinder petrol-engined P300 tested here. 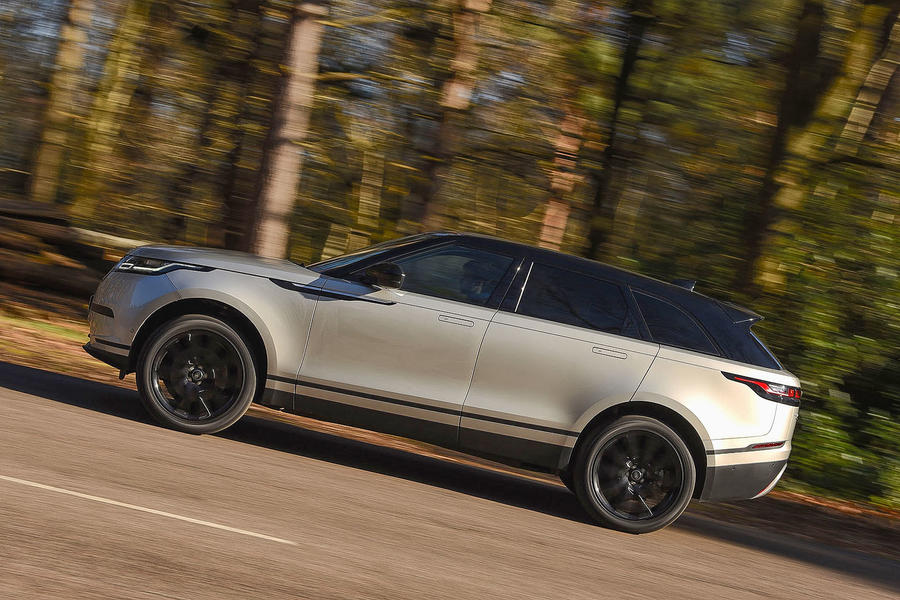 Perhaps the most important figure here is £54,620 – which, by the standards of the Velar, qualifies the P300 as being reasonably priced.

Keep that outlay in mind, because while the 375bhp 3.0-litre V6 of the P380 is in every subjective way a more rewarding device, it’s this boosty 2.0-litre Ingenium unit that hits a sweet spot for the Velar in terms of cost, performance and refinement.

On the road, it’s difficult to escape the impression that this engine's 296bhp is delivered with too much of a burbling presence to be considered truly cultivated, but it does give the Velar the effortless, largely unflustered thrust it needs.

Pace is just off that of a class-leading front-driven hot hatch, with 0-62mph dispatched in 6.0sec, although in truth this Velar never feels as quick as the numbers suggest. The mid-range is particularly solid, mind, and peak torque of 295lb ft arrives at just 1500rpm and lasts until 4500rpm. The lack of fireworks beyond 5000rpm is of less concern here than it would be in a purer sports car.

One frustration is that the eight-speed ZF torque-converter can take longer than you’d like to select and engage the most appropriate cog when you need kickdown, but it is beautifully smooth in normal driving. In fact, our only meaningful criticism would be that step-off can be lumpy, with the first portion of throttle travel eliciting little in the way of motion before a rush of power arrives. That's minor – but these things matter with these cars.

Engine aside, we’d advise optioning the air suspension. It’s almost entirely immune to the hollow ‘sproing’ such systems are notorious for and combines good grip and body control for the detached, slightly lofty ride quality that’s expected of a Range Rover. 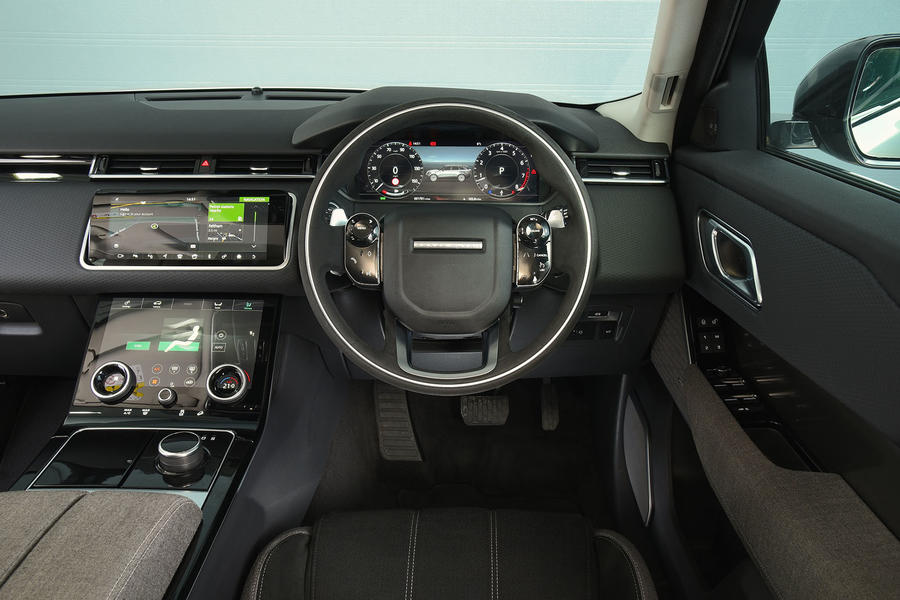 This twin-scroll turbo engine already serves several other Jaguar Land Rover products – not least the Jaguar F-Type, where it’s usefully light yet sounds a bit dreary and is palpably short on firepower – and it suits an SUV application surprisingly well.

Crucially, by lessening the penalties in pace and refinement that would normally be incurred by opting for four cylinders instead of six, it injects an element of logic into a purchasing decision that ultimately will be anything but.

You might still consider instead the similarly powerful diesel D300 Velar, which delivers a combined 44.1mpg to the P300’s 36.2mpg and does so despite that additional pair of cylinders. Alas, the future of diesel is uncertain at the moment.

If there’s a curveball, it’s that this P300 engine can also be found in the F-Pace, which can’t match the isolated ride of its corporate cousin but whose chassis offers poise and precision that’s a cut above – and for £10,000 less. 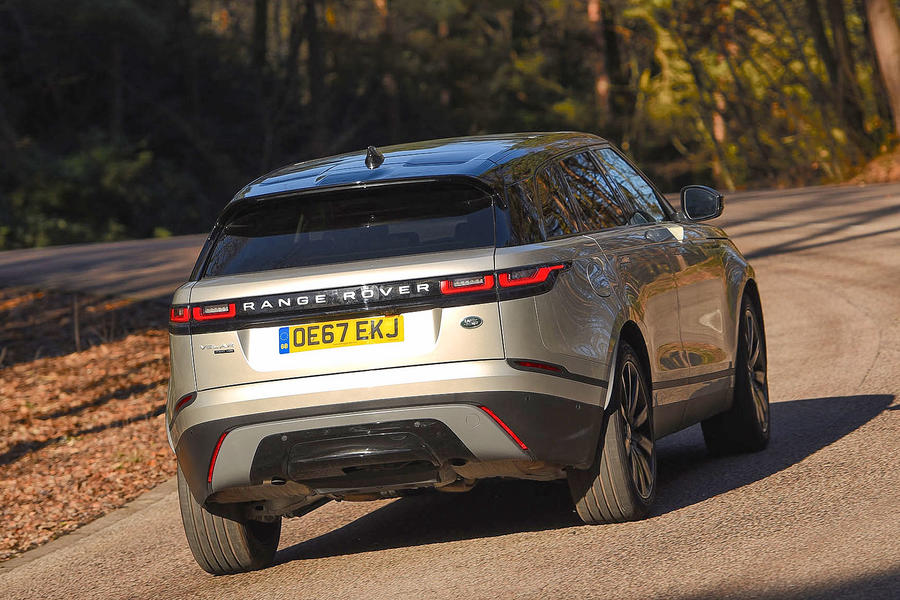 No you really wouldn't want one of those.

4 cylinders is just not good

4 cylinders is just not good enough at that price level, irrespective of what output it is boosted to.

4 cylinders is just not good enough at that price level, irrespective of what output it is boosted to.

Have a go in one, you may think differently.

This is in different league to the F Pace V6 we had previously. The performance not that different, perceived quality is a different ballpark and it does about 10 mpg better.

That's the sort of comment I always look out for, insightful.  I always wondered what would win out of those two, for my wallet, bearing price and quality differentials.  I do love the F-pace though.  But then there's the Vegan option interior in the Velar. I Liked what you said: Especially about the perceived quality.

Would have been nice to read

Would have been nice to read something about this much-heralded cloth interior, which was previewed at launch but not ready for sale.