BACK TO ALL NEWS
Currently reading: Porsche axes all current diesel variants from line-up
UP NEXT
Hidden gems: A peak behind the scenes at Beaulieu

Porsche has officially ended production of all current diesel vehicles in the face of changing consumer demand and upcoming stricter emissions tests.

In a move that a Porsche spokesman said mirrors the “cultural shift” of the brand's customers, the German manufacturer has discontinued its only two current diesel models, the Porsche Macan S Diesel and Porsche Panamera 4S Diesel (pictured below), just nine years after its first oil-burner hit the market.

The original Cayenne was the first Porsche to offer diesel power back in 2009. Porsche was originally reported to be launching the new Cayenne with only petrol and petrol-electric hybrid powertrains, but has now announced that a diesel variant is on the way.

In an official statement, Porsche said that the Macan S Diesel, the only such version of the brand’s Range Rover Velar rival, has been “taken out of the production programme” as buyer demand moves towards petrol and hybrid versions.

The brand revealed that the diesel’s removal was also linked to “another software update” that has been subject to an “ongoing consultation with the authorities”. While not directly confirming it, this suggests that like with BMW and its F80 M3, Porsche has decided against re-engineering the Macan S Diesel to conform to the new Worldwide Harmonised Light Vehicles Test Procedure (WLTP) standards. 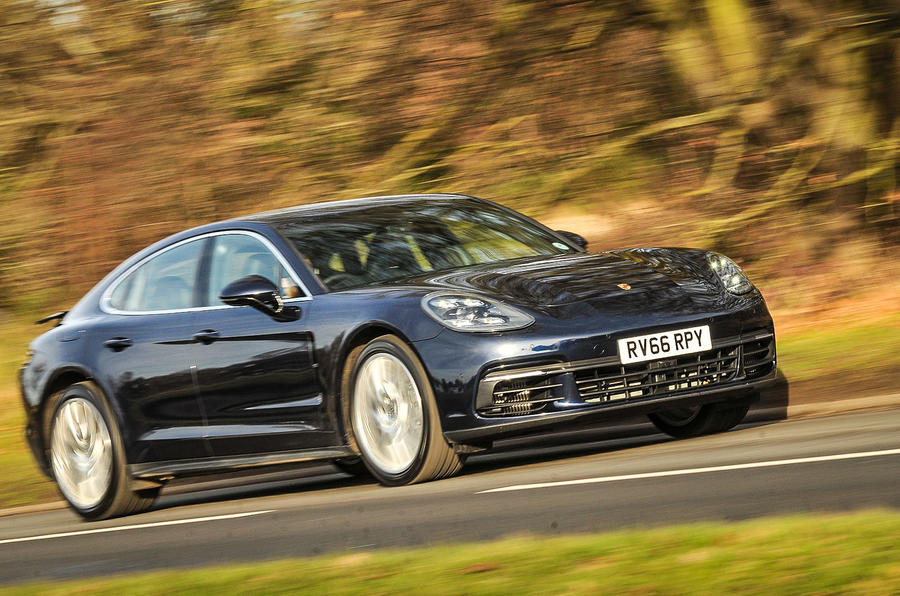 Such a move highlights the shrinking demand for the model, which a Porsche UK spokesman said represented a small portion of the SUV’s 97,000 global sales from 2017. The Macan is also due to be facelifted in April.

The same justification was given for the demise of the Panamera 4S Diesel, which was removed from Porsche’s ranks during the luxury car's range update at the start of the year.

An inside source told Autocar that the current lack of diesel cars in its range doesn't "mean Porsche has decided to stop all diesel models" forever. But Porsche boss Oliver Blume revealed to Autocar last year that “diesel is not so important for Porsche”, adding that diesel sales made up just 15% of Porsche’s total worldwide sales, mostly in Europe.

Porsche revealed the following statement on its diesel plans: "Traditionally, diesel engines have played a subordinate role at Porsche – the company does not develop or build diesel engines itself. Currently, the demand for diesel models is falling, whereas interest in hybrid and petrol models is increasing significantly. For example, the ratio for hybrid versions of the new Panamera in Europe is around 60 percent."

"In light of these facts Porsche has adapted its production planning. This decision means that Porsche currently does not offer any vehicles with diesel engines. However, it does not mean a diesel exit at Porsche. As announced, the new Cayenne is set to feature a diesel powertrain. The exact time of the market launch is not yet clear."

Unlike its petrol engines, Porsche never developed its own diesel powerplants, instead sourcing them from elsewhere within the Volkswagen Group. Porsche halted investment in diesel last year, shifting much of its R&D focus to electrification.

The results of this electric focus will produce the Mission E next year, while a hybrid version of the 992-generation 911 is also due in 2019.

I wonder how long before

Bentley drop diesels, if Porsche cant make a case for it, how can Bentley?

The problem is that direct

The problem is that direct injection gasoline are not so good. They produce CO² and particles.

The best would be Natural Gas (before hydrogen) in terms of CO² emission and mainly polluting compounds and particles.

There seems ot be lots of diesel bashing going on as usual from the usual suspects. I think it is a shame that Porsche have got rid of diesels at least for now. The new V8 diesel in the Panemera is a great engine. Large cars are often used as motorway cruisers. Even rich people don't want to be doing 25mpg in a petrol and filling up every 300 miles or so if you can get a diesel which will provide better relaxed performance, do 40mpg and go 500 to 600 miles on a tank. I suspect the used diesels will get more sought after.

Hybrids are generally a waste of time, all they are good for is saving on tax.

Until eleetric cars are truely viable and we have lots of green electricity, diesel is the next best option. The exhaust emissiosn for new diesels is very similar to new petrols. Trouble is petrol engines burn roughly a 3rd more fuel.

Hybrids are generally a waste of time, all they are good for is saving on tax.

Until eleetric cars are truely viable and we have lots of green electricity, diesel is the next best option. The exhaust emissiosn for new diesels is very similar to new petrols. Trouble is petrol engines burn roughly a 3rd more fuel.

The level of ignorant generalisation here is about as breathtaking as sucking on a Macan diesel's tailpipe.