Volkswagen has revealed the new T-Cross that will take on the Nissan Juke and Renault Captur in the compact crossover market – and says it will be a “truly credible” SUV.

The T-Cross sits beneath the T-Roc, Tiguan, Tiguan Allspace and Touareg in the firm’s range of SUVs.

It finally gives VW a model in the burgeoning supermini-sized-crossover market, a year after sister brand Seat launched the Arona.

Project manager Felix Kaschützke admitted VW was late to the segment but said that was “something we have done before”. He added: “Usually we are not the first in a segment but, when we come, we are the best. 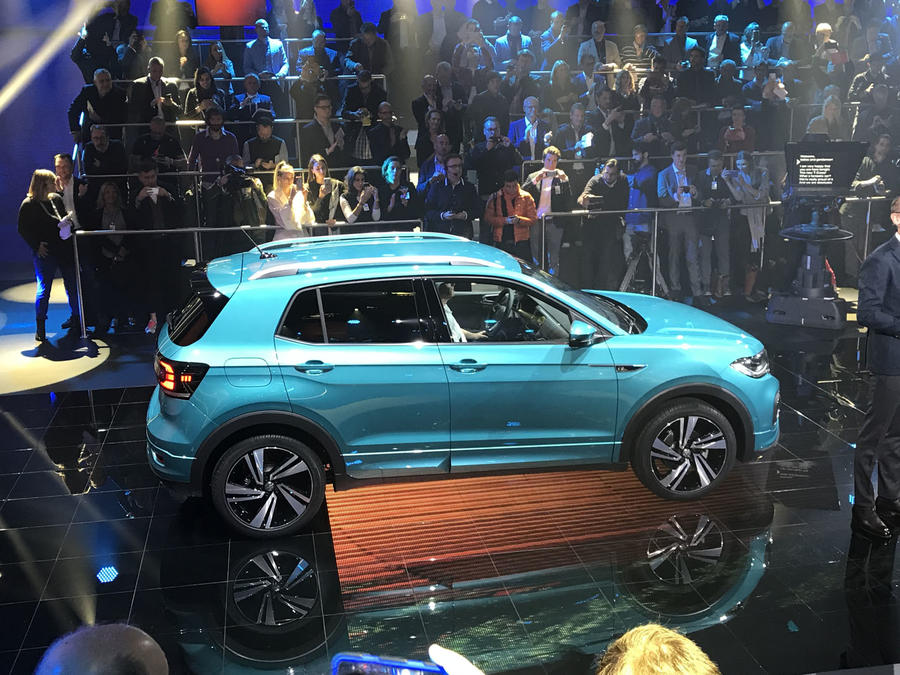 "When customers hear there is a new small SUV from Volkswagen, they know we’ll get it right. We’ve put everything in this car that customers might expect.”

The T-Cross is based on the VW Group’s MQB A0 supermini platform, and shares many mechanical underpinnings with the Polo, which it will be built alongside at the firm’s Pamplona factory.

But while it shares a number of mechanical elements – including powertrains – with the supermini, the T-Cross has distinctive SUV styling. Kaschützke says that was a result of a focus on versatility to serve the target audience of small families.

“We needed to differentiate it [from the Polo] so customers could see the added benefits,” he said. “It can’t just be a reworked Polo: it has to be a truly credible car. People aren’t going to buy this car because it’s an SUV but because of the versatility it gives them: a higher driving viewpoint and extra space.” 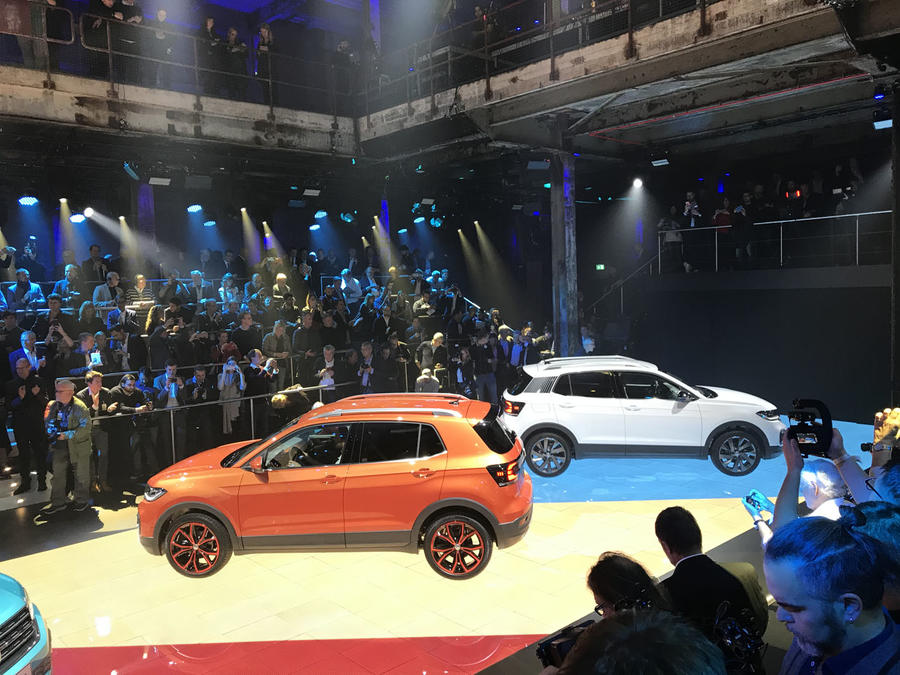 The five-seat T-Cross is 4107mm long and 1558mm high, making it marginally bigger than the Polo (4053mm and 1461mm respectively). The wheelbase of the two cars is identical, the extra length coming from larger front and rear overhangs. The T-Cross is 127mm shorter than the T-Roc, which is broadly similar in size to a Golf.

The T-Cross features a rear seat that can slide up to 14mm, giving the boot a variable capacity of between 385 and 455 litres - expanding to 1281 litres with the seats folder. The seating position is 100mm higher than in the Polo, and a new interior features a 3D-effect dashboard, which will be available in a range of colours.

In the UK, two 1.0-litre TSI petrol engines will be offered at launch, with 94bhp or 113bhp, powered through five- or six-speed manuals, or a seven-speed DSG automatic. A 1.6-litre diesel with 94bhp and a 1.5-litre 148bhp petrol will be offered in certain markets, although it is undecided if either will be available to British buyers. It will only be offered in front-wheel drive. 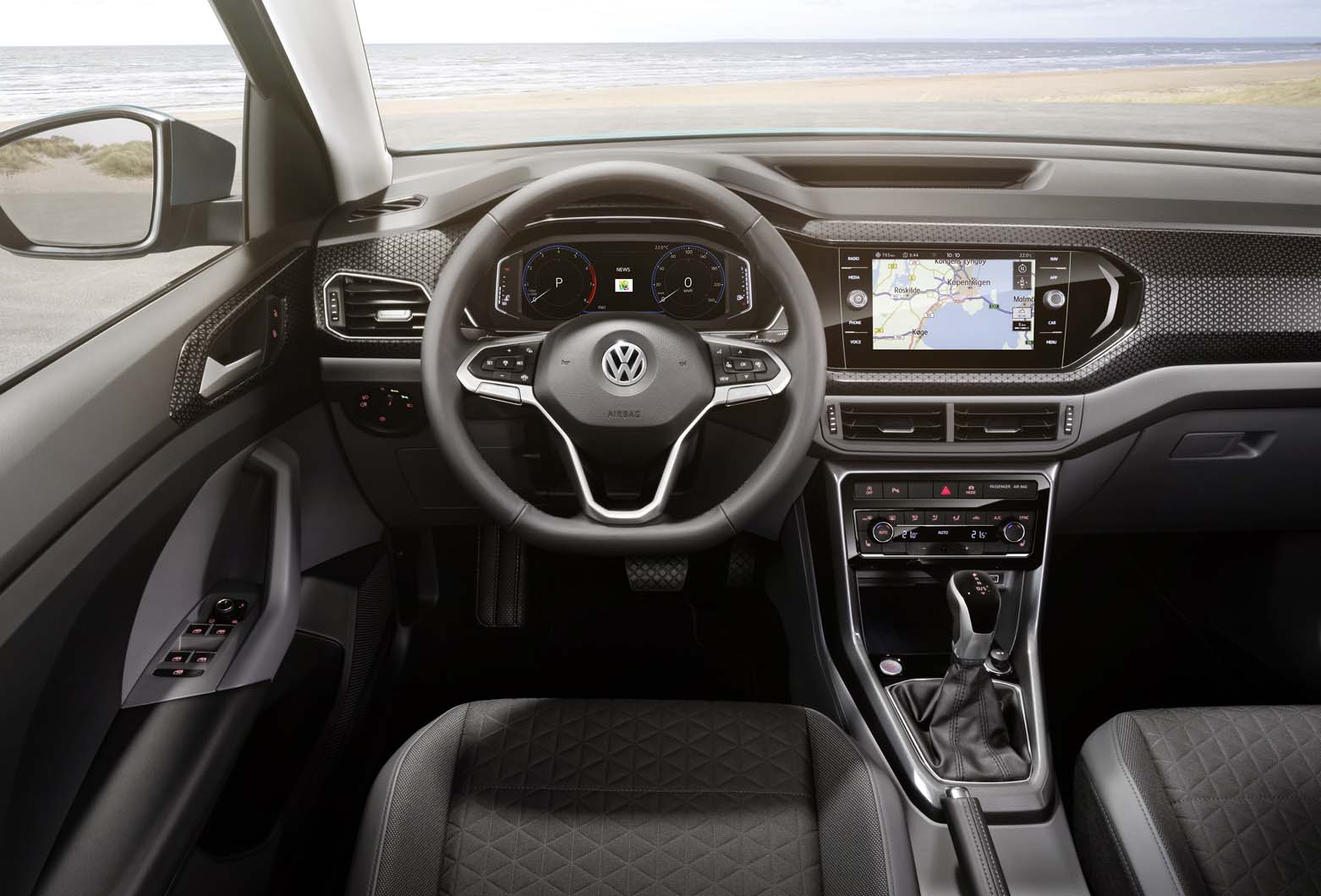 There are no current plans for a hybrid version, owing to the cost of installing the powertrain in smaller cars, although Kaschützke said the firm was “looking into it” for the future. The firm has also ruled out a GTI or R version. Small product line manager Andreas Kruger said: "The T-Cross is not a sports car. We have the Polo GTI in that class, which is a great car - I drive it myself - but the T-Cross is more for the family, it’s a functional car."

Volkswagen has been developing a high-performance T-Roc R, but Kruger said that was because the larger SUV appeals to a different type of buyer.

A large number of driver assistance systems, including autonomous emergency braking, adaptive cruise control and lane assist, will be fitted as standard, along with four USB ports. Four different trim levels – S, SE, SEL and R-Line – will be offered in the UK. While exact specifications have yet to be set, higher-end models will receive options such as a wireless smartphone charger and keyless locking.

Higher-end R-Line models will receive sportier bodywork and interior upgrades, with wheel sizes ranging from 16 to 18 inches. A variety of personalisation options will include contrasting roof and pillar colours, interior trim and coloured wheel rims.

The T-Cross will go on sale in the UK in January next year, with prices likely to start from around £17,000. 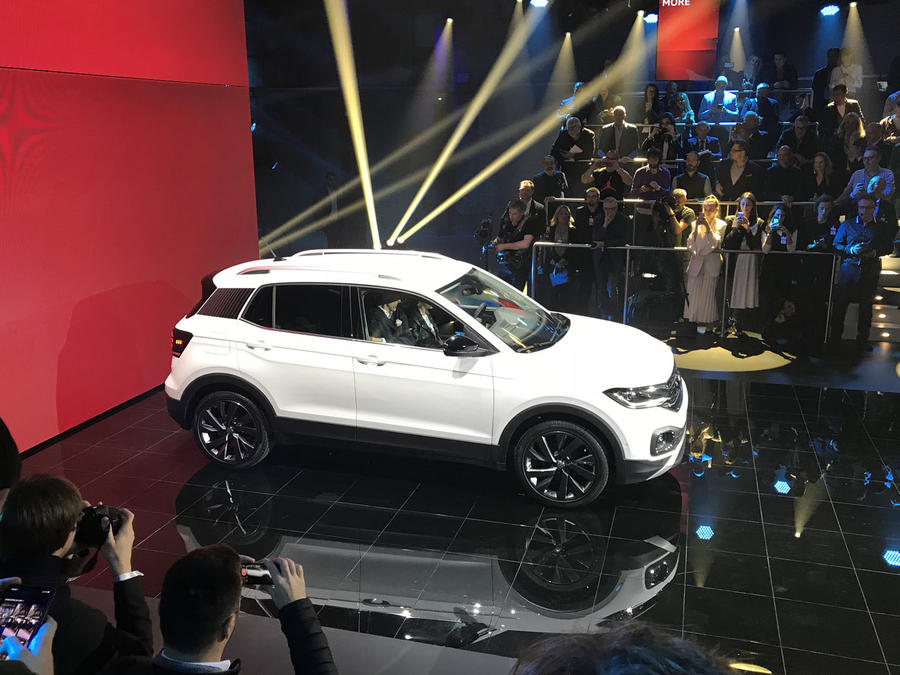 You've launched two new SUVs with new nameplates in the last year. How important is it to differentiate the new T-Cross from the T-Roc?

“Once customers have seen the two together, they will understand the differences. The T-Cross is about versatility, so you get the moving rear bench and so on. The T-Roc is more for those seeking status and power, so it has a sleek body and more engine options.”

Given it’s an SUV, why no four-wheel-drive option?

“The car is built for small families – what’s important for them is affordability. We looked at what features we need to keep it affordable, and what we don’t. You might use four-wheel drive once or twice a year, but the extra weight would increase fuel costs.” 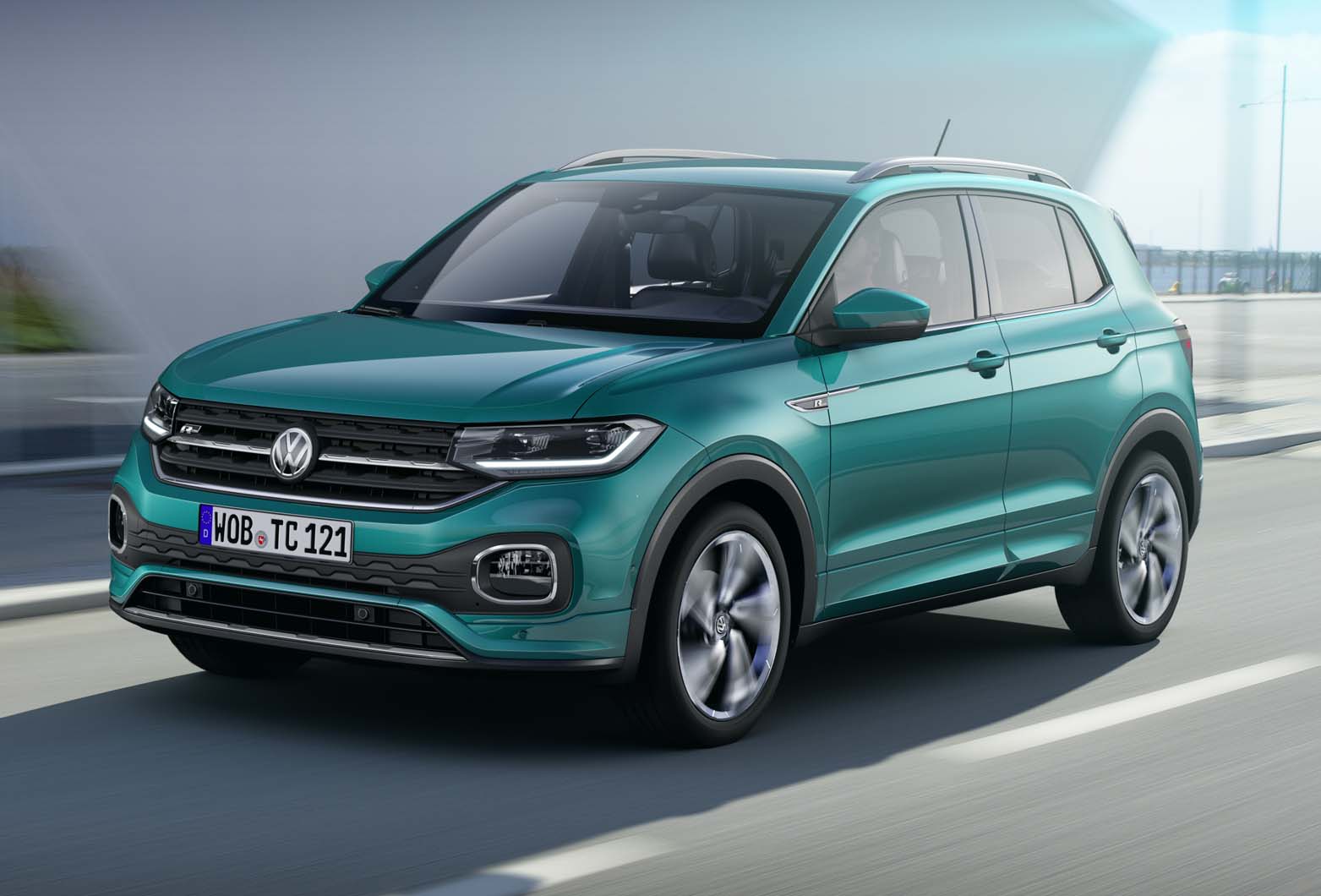 Can the T-Cross rival the Polo and Golf for sales as one of Volkswagen's best-sellers?

“I think it will be up there with them. Customers are seeking SUVs, and we know some who used to buy a Polo will go into this.”

Will the door sills have protection 'kick-plates'?

People with shorter legs (children, since this is a family-intended car) will have to use the sill as a step to reach the 100mm higher seats.

Come to that, it is easier to sit in a higher chair but often more difficult to leave the higher chair with loss of balance or tentative toes seeking the ground in the dark (pavement lights as standard in the bottom of doors?)

Enjoying the available volume is good for families and people who carry sports equipment -say- but the height is not necessarily a good thing all round, in my humble view. This was the reason I eschewed the T-Roc when the time came to change py car last year.

Is that it?  The best a multi-billion dollar enterprise can come up with?  Frankly it’s the laziest effort  I’ve seen yet, textbook design by photocopier.  Stand 200 metres away, is it a Tiguan, Toureg, T-Roc?  What happened to creativity.  In my opinion the amount of marketing hype spewed out by management is inversely proportional to the interest they have in the product.  If this were a film it’d go straight to DVD and the bargain bin ones at that.

Is it me or does the rear look very similar to the mk2 Ibiza?