BACK TO ALL NEWS
Currently reading: New Tesla Model Y: electric SUV to launch tonight
UP NEXT
Analysis: Polestar lifts the lid on lifetime EV emissions

Tesla will unveil its crucial Model Y SUV tonight (14 March) – and the company is hoping lessons learned from the Model 3’s “production hell” can help it capitalise on the “massive” opportunity presented by its most important new model yet.

The Model Y is due to go on sale in late 2020, with the company recently finalising production plans for the new car. Boss Elon Musk has confirmed the imminent launch of the model, having given an 'estimate' of 15 March on Twitter last year. Musk said that detailed pricing and specs would be revealed at the event, along with demo rides in prototype machines.

The confirmation of the Model Y launch follows soon after Tesla's entry-level Standard Model 3 model went on sale, priced in the US at $35,000 (£26,000). The car features a 220-mile range, compared with 325 in the range-topping Long Range Model 3.

Musk said that, since the Model Y was around 10% bigger than the Model 3, it would cost about 10% more. If the Model Y is offered in a similar entry-level Standard model, that would suggest a starting price of around $38,500 (£29,000). That is before recent price rises for Tesla's range, barring the new $35,000 entry-level Model 3, were revealed.

Tesla sold more than 120,000 examples of its Model 3 last year, making it the world’s top-selling electric car. The Model 3 was also the best-selling saloon car in the US, although its sales were still dwarfed by those of pick-up trucks and SUVs. For comparison, Ford sold more than 900,000 of the F-Series truck and the Toyota RAV4 topped SUV charts with 427,170 sales.

The continued shift of the market from saloons to SUVs is why Musk says the Model Y presents “massive” growth opportunities for the firm. Tesla currently produces the Model X large SUV, but the high cost and complexity of that model limit its volume. 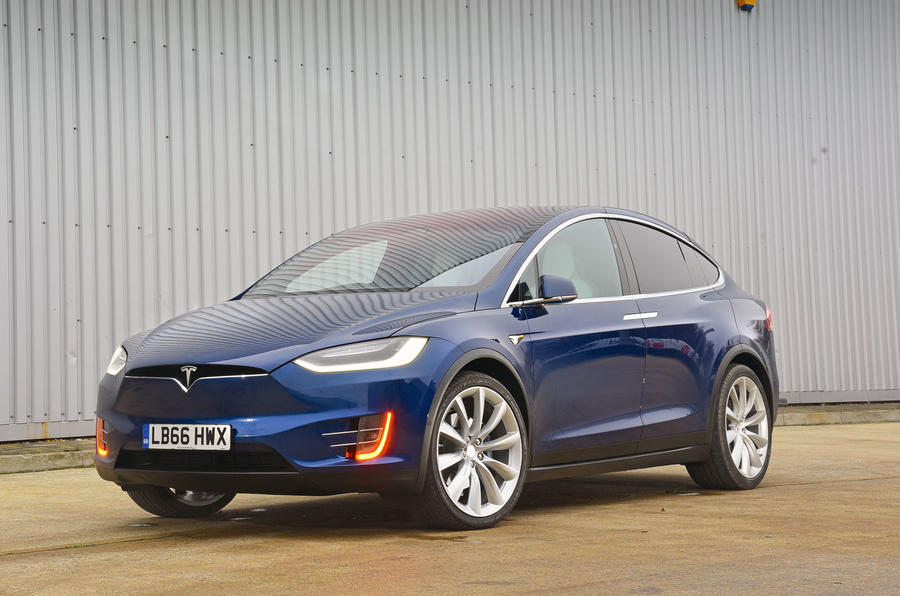 Musk recently told investors: “The demand for Model Y will be maybe 50% higher than Model 3; could be even double.”

The Model 3 has never suffered from a lack of demand: Tesla’s problems have been about supply, as it struggled to scale up production. It is currently producing around 1000 Model 3s a week and says it expects to be able to build 7000 a week on a sustained basis by the end of the year.

With that plant at overcapacity, the Model Y is set to be built at Tesla’s Gigafactory 1 site in Nevada, where it currently produces battery packs and electric motors. The firm has started tooling up the production line at the site with the aim to start volume production next year.

Ironically, the much publicised problems building the Model 3 could benefit the Model Y, as Tesla has demonstrated the ability to create a new production line far quicker than is standard in the car industry. Producing the car alongside its batteries and motors will also ease transport logistics. 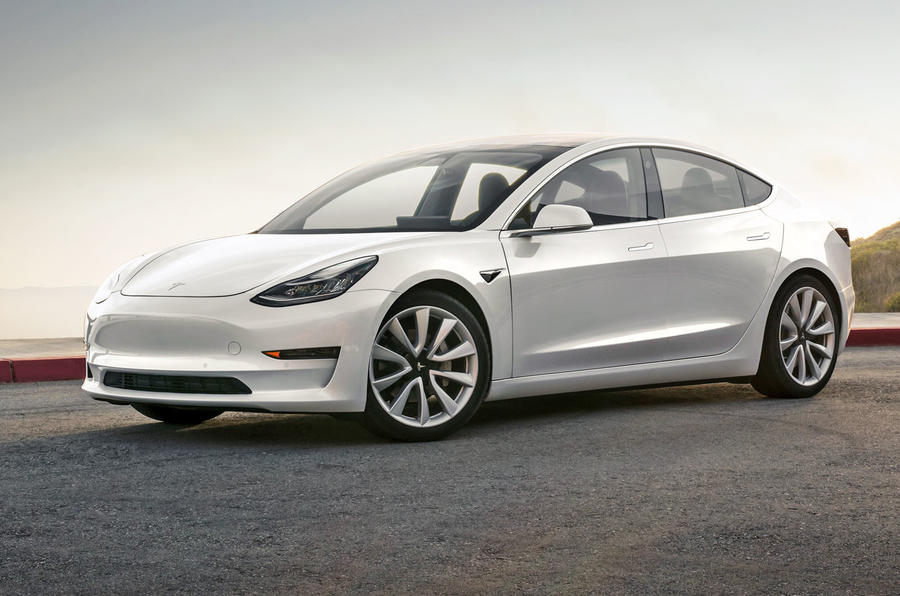 With rivals such as Audi, BMW and Mercedes-Benz all in the process of launching their own premium SUVs, it will be vital for Tesla to ramp up production of the Model Y quickly. To aid that, it will be built on the same platform as the Model 3, with Tesla saying the two cars will share around 75% of their components, likely including powertrains.

The entry-level Model 3 features a single motor with a 130mph top speed and 0-60mph time of 5.6sec. It is also offered with a 145mph dual-motor system, which features in a Performance variant that boosts top speed to 162mph through an output of around 444bhp.

The long-range dual-motor model has a range of 338 miles on the WLTP test cycle, giving it the longest official range of any EV currently being sold in Europe. The Model Y will have a slightly shorter range – Musk says it is around 10% bigger than the Model 3 – but is still set to top 300 miles. That could give it a crucial edge over premium rivals and even smaller electric SUVs such as the Hyundai Kona Electric and Kia e-Niro.

Basing the Model Y on the same platform as the Model 3 suggests that it will be a compact crossover and it is set to have sleek styling closer to the Model 3’s than the Model X’s.

The Model Y is expected to be slightly longer than the Model 3, which measures 4690mm, but a similar width (1930mm). That makes it a similar size to the Mercedes-Benz EQC and slightly shorter than an Audi E-tron.

Musk described 2018 as the “most pivotal year” in Tesla’s history and 2019 is set to be even more important – and not just because of the Model Y. The firm has started work on its first factory in Shanghai, which gives it far greater opportunities in the world’s largest EV market. Tesla is aiming to produce 3000 Model 3s a week there when it starts production later this year. Combined with the 7000 per week target for Fremont, that would give the firm the ability to produce 500,000 Model 3s a year by early 2020.

Tesla has also begun European deliveries of the Model 3 to left-hand-drive markets, with the first shipment arriving in Zeebrugge, Belgium, earlier this month. Only the dual-motor and Performance versions are available in Europe at the moment. Right-hand-drive deliveries to the UK are due to start later this year.

Tesla is working on a number of other new vehicles, including a new Roadster, Semi lorry and a pick-up. Musk also recently revealed the firm is developing a minibus that will be built on the Model X platform.

Thank you xxxx for correcting

Thank you xxxx for correcting Autocar on their continuous and erroneous reporting. It is indeed 5000 per week. Are student interns writing these articles Autocar?

The model Y is a great looking SUV (The model X is a bit too bulbous for me but this ticks a lot of boxes aesthetically.

The model Y is a great looking SUV (The model X is a bit too bulbous for me but this ticks a lot of boxes aesthetically.

lol, what? Nobody has seen it yet! It will be shown to the public for the first time in about 8 hours from now.

At the moment any electric

At the moment any electric car seems to sell in big numbers. But if VW and others pour into this market I do think sales will plateau until charge times fall or until electric cars are mandated.

honestly, this tesla business is getting a bit boring: launch a car, production line fails, price rises, no sales, launch a new car to try and get going again, back to the begining.

Because that is what people want to buy, and people will pay a premium for one.

In what world is the Model X

4 March 2019
In what world is the Model X an SUV? To my eyes, it shares more of its profile with something like a S-Max.

Of course though, if they called it an MPV they wouldn't be able to charge £100k+ for it.

Personally, i hold the

Personally, i hold the opinion that the shape of the car is a disaster, and that it should not qualify as a SUV. True, last year it was the highest selling electric car... but tesla will really need to up their game if they are to properly to compete with traditional combustion engines.

Despite this, would say that if this car is really what Tesla say it is it does seem to have a pretty good price tag.